40+ Pomeranians Facts About The All Time Cutest Breed Of Dog 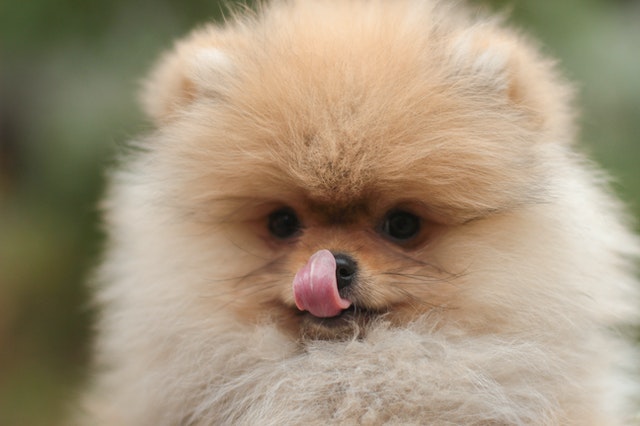 Find out all about Pomeranians by reading the Pomeranian fun facts below! This article contains all the information you need to make sure you are ready to adopt one of those cute Pomeranian puppies.

On top of the average facts and information about the breed which you need to know in order to adopt one of these fluffy companions, we have listed some amusing facts about Pomeranians which you might not know, such as the fact that Queen Victoria was a big fan of them! If you read on you will also find out about the most famous Pomeranian in the world and how two of these dogs survived a tragic event in the early 20th century.

After reading these Pomeranian dog facts, if you want to find out more about other dog breeds take a look at this article which lists Chihuahua facts. The Kidadl website also contains information about many different types of pets, such as this list of calico cat facts.

Below you will find all sorts of interesting facts about Pomeranians and their origins as a breed, including when these dogs were first recognised by the American Kennel Club or the fact that they descend from spitz dogs.

1. The Pomeranian is a breed that was first developed in England.

2. It descends from the spitz, a European breed. Other dogs in the family include the Chow Chow, the Malamute and the Alaskan Husky.

3. The name of this dog breed comes from a region in Germany called Pomerania which is located not far from the Baltic Sea. This explains the etymology of the name as the Slavic words 'po more' mean "land by the sea".

4. The Pomeranian is best known for being a popular show dog. The first Pomeranian champion was a white dog called Rob of Rozele.

5. The English Pomeranian Club was established in 1891.

6. The American Kennel Club first recognised the breed in 1900. In the same year, the American Pomeranian Club was founded.

7. The first Pomeranian breed show in the United States was in 1910.

8. In 1926, a Pomeranian called Glen Rose Flashaway (owned by Joseph Greenwood) was the first of its breed to win Best Exhibit at the Westminster Kennel Club Dog Show.

9. Only one Pomeranian has won the Best In Show award at the Westminster Kennel Club Dog Show since its inception. It was called Great Elms Prince Charming II and he took the trophy in 1988.

Below you will find all the Pomeranian facts and information about their biology, from the average Pomeranian lifespan

10. Pomeranians are from the same family as Huskies, but they were selectively bred smaller to be kept as companions.

11. The Pomeranian is the smallest dog in the spitz family. It can grow to approximately nine inches tall.

13. The Pomeranian tail is an important characteristic which helps differentiate the breed from other spitz dogs. The tail goes straight over the dog's back and lies flat, it is never curly.

14. The Pomeranian dog actually has two separate coats of hair. The first is an undercoat with thick and short fur, while the overcoat has longer hair.

15. When brushing a Pomeranian dog, you should always brush and pat upwards, towards the head.

16. A Pomeranian usually weighs four or five pounds at its biggest. The female Pomeranian is generally slightly larger than the male.

17. A Pomeranian is considered fully grown once it reaches the age of one.

18. Pomeranian dogs like to spin a lot, a phenomenon which people refer to as the Pomeranian Pirouette. The dogs generally do this when they are excited or happy.

19. Pomeranians shed a lot of hair as they have a double coat. It is not recommended to shave the breed as there is a possibility that their coats might not grow back.

20. Some Pomeranians suffer from a condition called black skin disease which causes them to lose their hair.

21. The average lifespan for a Pomeranian dog is 12 years, but many dogs live into their late teens. Heart failure is the leading cause of death for Pomeranians.

22. The best way to ensure a Pomeranian dog will have a long and happy life is to keep it healthy and active with a good diet and regular walks.

23. While Pomeranians are very friendly and great to adopt for families with older kids, a Pomeranian puppy is very small and fragile which means it should perhaps be kept away from young children and toddlers.

24. Pomeranians are good apartment dogs provided they are on the smaller side of the breed, meaning they will not require much space to run around and play.

25. Pomeranians are indoor dogs, so they should never be kept outside. They can, of course, go for walks in the park or play in the backyard.

26. Pomeranians are more high maintenance than dogs with shorter coats as they require grooming on a regular basis.

Beyond the standard information on Pomeranians you need to know to familiarise yourself with the breed, here are some fun and weird facts about these dogs that will make you fall in love with them even more!

27. Pomeranians are very smart dogs and they enjoy a challenge.

28. As dog breeds go Pomeranians are smart and love learning, they can be easy to train if owners are consistent with it.

29. The most famous Pomeranian dog in the world was called Boo. He had 16 million Facebook followers and had collectibles and published books available.

30. Perhaps the second most popular Pom in the world is a dog called Jiff, who for a while held the Guinness World Record for the fastest dog on two legs. Jiff was able to run 10 meters on his hind legs in 6.56 seconds and five meters on his front legs in 7.76 seconds.

31. These dogs have made an appearance in movies such as 'Dumb And Dumber', 'Superman Returns' and 'Titanic'.

32. Believe it or not, cats and Pomeranians generally get along very well. The best way to ensure this is to add a kitten to a household which already owns a Pomeranian, as they will bond more easily that way. Introducing a Pomeranian puppy into a house with a cat may be more difficult.

33. If Pomeranian puppies are not trained properly, they may bark a lot.

34. Out of the twelve dogs which were on board the Titanic, only three survived: two Pomeranians and a Pekingese.

35. Pomeranians are very sociable dogs, they love to spend time with their owners.

37. A group of two Poms is called a  Puff, while three or more Poms together form a Tuft. How cute is that?

These small dogs have made very popular pets for several centuries now, and have even attracted royalty as Queen Victoria was the proud owner of several Pomeranians!

38. Queen Victoria, of England, used to breed and exhibit Pomeranians. Queen Victoria owned up to 35 Poms in her kennel at any one time and she even asked for Turi, one of her dogs, to be by her side on her deathbed.

40. The composer Mozart owned a Pomeranian. He even dedicated one of his arias to his pet, called Pimperl.

41. Rock star Elvis Presley owned a Pomeranian called Sweet Pea, which he had originally bought for his mother.

44. Kate Hudson is the owner of a Pomeranian called Clara Bow.

45. Rihanna has a Pomeranian named Marley.

47. Famous painter Michelangelo owned a Pomeranian which reportedly sat next to him while the artist was painting the Sistine Chapel.

48. While he did not own one himself, composer Frédéric Chopin is said to have been inspired by a friend's Pomeranians when he composed his 'Waltz Of The Little Dogs'.

49. 'Rocky' actor Sylvester Stallone owns a Pomeranian and has often been spotted driving a convertible car with the pet in the front seat.

Here at Kidadl, we have carefully created lots of interesting family-friendly facts for everyone to enjoy! If you liked our Pomeranian facts about the all time cutest breed of dog, then why not take a look at these amazing African elephant facts for kids, or at these bear facts?