Top 70 Most Inspirational Superhero Quotes All Young Fans Should Know 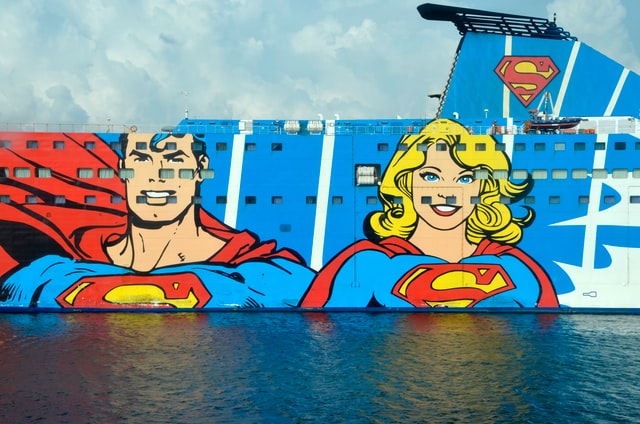 Conventionally, superheroes use their powers to fight crime and protect people. They achieve such feats in ways that are beyond the capabilities of a normal person.

If you like what you read, then do check out our [inspirational Marvel quotes] and [Captain America quotes] as well!

If you're looking for some super motivational quotes and superhero sayings, here are some inspirational superhero quotes for high school classrooms that even younger children will find interesting!

3. "Only the weak succumb to brutality."

4. "There is a right and a wrong in this universe. And that distinction is not hard to make."

5. “Violence doesn’t discriminate. It comes as cold and bracing as a winter breeze and it leaves you with a chill you can’t shake off.”

7. “But everybody’s story begins 'once upon a time,' and it’s up to us to cherish the time we’re given to ensure we live happily ever after.”

8. “Heroes are made by the path they choose, not the powers they are graced with.”

9. "The greatest power on Earth is the magnificent power we all of us possess... the power of the human brain!"

10. "The strength of this country isn’t in buildings of brick and steel. It’s in the hearts of those who have sworn to fight for its freedom!"

11. "You only have your thoughts and dreams ahead of you. You are someone. You mean something."

12. "No man can win every battle, but no man should fall without a struggle."

13. "When you decide not to be afraid, you can find friends in super unexpected places."

14. “It’s never as bad as it seems. You’re much stronger than you think you are. Trust me.”

15. “Life doesn’t give us purpose. We give life purpose.”

Up for a good laugh? Then these hilarious and iconic quotes from the top superhero movies will crack you up instantly!

17. "Iron Man. That's kind of catchy. It's got a nice ring to it. I mean it's not technically accurate. The suit's a gold titanium alloy, but it's kind of provocative, the imagery anyway."

Scott Lang: One question... Is it too late to change the name?"

Ned Leeds: But you are a kid.

Peter Parker: Yeah. A kid who can stop a bus with his bare hands."

22. "I don't think we should be focusing on Loki. That guy's brain is a bag full of cats. You can smell crazy on him."

Superman: Uh, no, no thanks. I never drink when I fly."

24. "A famous man once said, 'We create our own demons.' Who said that? What does that even mean? Doesn't matter. I said it 'cause he said it. So now, he was famous and that basically getting said by two well-known guys."

25. "Sometimes I wanna punch you in your perfect teeth. But I don't wanna see you gone. We need you, Cap."

26. "That thing doesn't obey the laws of physics at all!"

27. "Tony Stark: So, you're the Spiderling. Crime-fighting Spider. You're Spider-Boy?

28. "Okay, anybody on our side hiding any shocking and fantastic abilities they'd like to disclose? I'm open to suggestions."

30. "I had my eyes opened. I came to realize that I had more to offer this world than just making things that blow up."

32. "I believe there's a hero in all of us, that keeps us honest, gives us strength, makes us noble. And finally allows us to die with pride. Even though sometimes we have to be steady and give up the thing we want the most, even our dreams."

33. "A hero can be anyone, even a man doing something as simple and reassuring as putting a coat around a young boy's shoulders to let him know that the world hadn't ended."

34. "Someone must have ripped the "Q" section out of my dictionary, 'cause I don't know the meaning of the word "quit"!"

38. "The answers you seek shall be yours, once I claim what is mine."

39. "No, I know what it's like. To not live up to expectations. To feel like nothing that you do will ever be good enough."

40. " Just because someone stumbles and loses their path, doesn't mean they're lost forever."

41. "No, it's like, no matter how bad things get, there's something good out there just over the horizon."

42. "...some men aren't looking for anything logical, like money. They can't be bought, bullied, reasoned, or negotiated with. Some men just want to watch the world burn."

44. “Sometimes you have to take a leap of faith first. The trust part comes later.”

45. "Go in peace, my daughter. And remember that, in a world of ordinary mortals, you are a Wonder Woman."

46. "For a true hero isn't measured by the size of his strength, but by the strength of his heart."

47. "I named this island "Paradise" for an excellent reason. There are no men on it. Thus, it is free of their wars, their greed, their hostility, their... barbaric... masculine... behavior."

48. "There's so much more to you than you know, not just pain and anger. There's good in you too, and you can harness all that. You have a power that no one can match, not even me."

50. "I will fight - for those who cannot fight for themselves."

52. "This job... we try to save as many people as we can. Sometimes that doesn't mean everybody. But if we can't find a way to live with that, next time... maybe nobody gets saved."

53. "Vengeance has consumed you. It's consuming them. I'm done letting it consume me."

54. "My faith's in people, I guess. Individuals. And I'm happy to say that, for the most part, they haven't let me down. Which is why I can't let them down either."

Here are some best superheroes-themed quotes because who wouldn't like a quote about superheroes?! Take a look at these awesome quotations about heroes.

56. “I think a hero is an ordinary individual who finds strength to persevere and endure in spite of overwhelming obstacles.”

57. "Especially in the world of fantasy and superheroes, it's great to have role models that aren't in skimpy little outfits, in impossible poses. That's so important for young women."

58. “Women are the real superheroes because they’re not just working. They have a life and everything.”

59. “The measure of a superhero is always his nemesis.”

60.  “Superheroes were born in the minds of people desperate to be rescued.”

61. “One of the reasons why Spider-Man is my favorite superhero is because we both undergo big changes in our lives.”

62. “I think you just have to appreciate who you are and hopefully they can see what a superhero is about.”

63. “What is a superhero? They’re supposed to represent hope, opportunity, and strength for everybody.”

These memorable catchphrases from our favorite superheroes will get you all fired up!

65. "In brightest day, in blackest night, no evil shall escape my sight! Let those who worship evil's might, beware my power - Green Lantern's light!"

Here at Kidadl, we have carefully created lots of interesting family-friendly quotes for everyone to enjoy! If you liked our suggestions for inspirational superhero quotes then why not take a look at [Iron Man quotes], or [Batman quotes].