64 Cool Droid Names For All Star Wars And Robot Fans 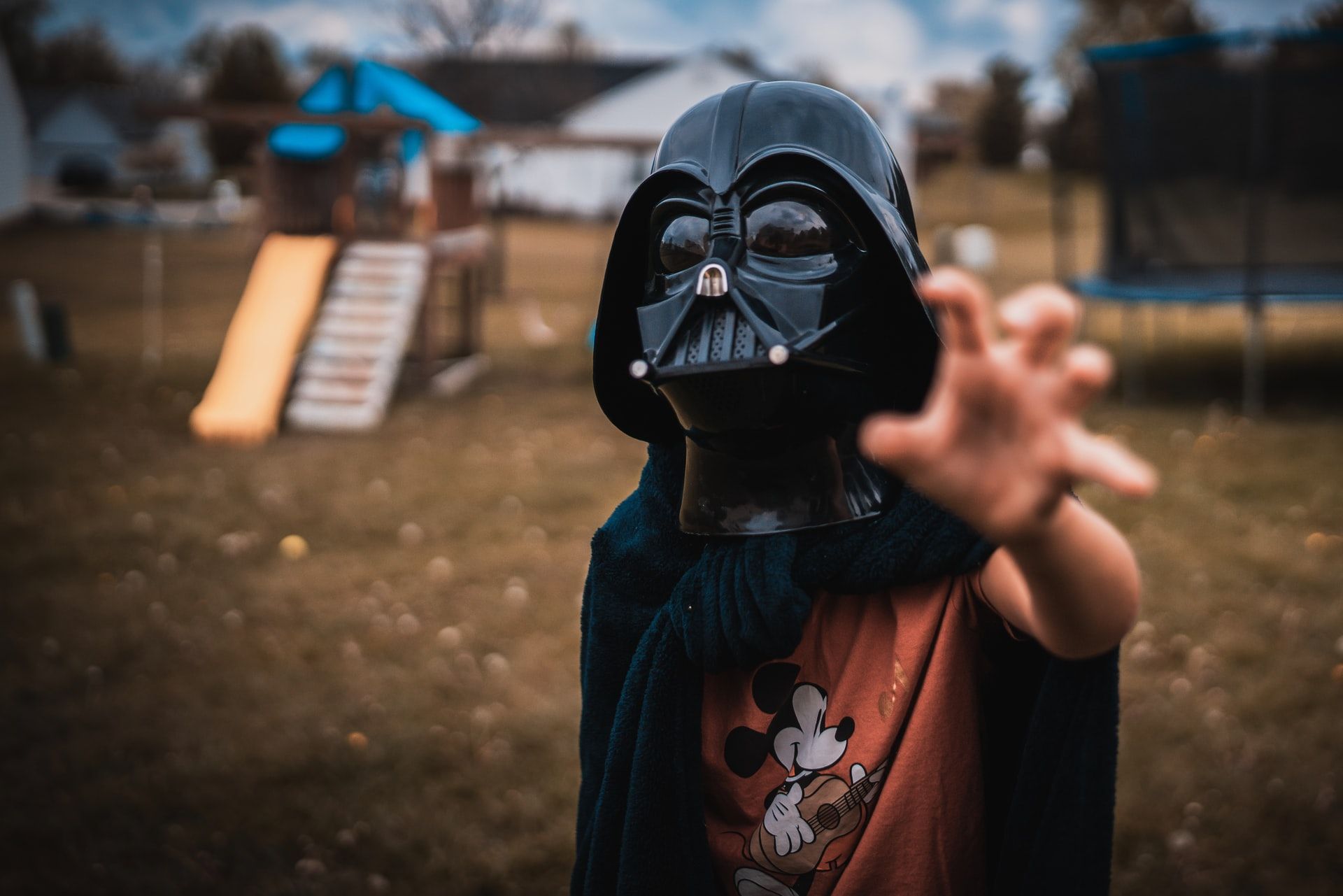 Here is a list of 'Star Wars' droid names curated for you.

We are sure that you must be familiar with the most important Droid OS names related to the central characters. Be it the 'Return of the Jedi', 'Force Awakens', 'Revenge of the Sith', 'Rogue One', or 'The Phantom Menace', the series could not have done with the droids.

Read on for the names of some of the most important droids in the movie.

Astromech droids, often called Astro droids or mechs, were a sort of repair droid that acted as automated mechanics on starships.

BB-series Astromech Droid, also known as a Rollie or BB unit, was a model of astromech droid produced by Industrial Automaton.

C1-Series Astromech Droid was used as mechanics or co-pilots on starships of all sizes. By most measures, they were obsolete when the Galactic Empire ruled.

C1 – 10P (Chopper) is a member of the Ghost crew and a C1-series astromech droid.

The Lothal Astromech Droid is a droid model made by Lothal Logistics Limited. Despite not being on par with the more sophisticated astromech models from Industrial Automation, Lothal astromech droids were regarded to be adequate droids.

The Q7-Series Astromech Droid was a spherical astromech droid with a dome similar to the R2 and R4-P astromechs.

The R-series is a line of astromech droids made by Industrial Automaton, including the well-known R2 series droids like R2-D2.

R0 Astromech is a series of astromech droids known as R0 astromechs. The Resistance utilized the droids on starfighters like the T-70 X-wing.

R2-series, often known as R2 units, was a popular line of astromech droids.

R4-series is a model of Industrial Automaton's R-series astromech droid. The only difference between this and the R2 series astromech droid was that its dome was conical rather than hemispherical. It also assisted Obi-Wan Kenobi to attack the opponents across the galaxy.

R4-P Astromech is a model of Industrial Automaton's R-series astromech droid with a distinct personality.

R5-series, commonly known as the R5 line, was a model of Industrial Automaton's R-series astromech robot.

R5-D is a droid whose motivator exploded outside the Lars farmhouse in 'Star Wars: A New Hope'. R5-D4 assisted in bringing C-3PO and R2-D2 together on Tatooine.

R6-Series is a droid whose head was fashioned like a conical frustum just like the R5 series, but its eyepiece was more like the R2 series.

R1-J5 (Bucket) is yet another example of how the greatest droids endure the test of time. Jarek Yeager claimed to have bought his racing co-pilot robot when he was 100 years old.

Various versions of combat droids battled against the Galactic Republic's clone troopers under General Grievous' leadership until the Galactic Empire destroyed the confederate battle droids in the last days of the conflict.

2-1B is not a well-known droid name but 'The Empire Strikes Back' fans will recognize it. 2-1B is a B-series medical droid. It also helped Luke Skywalker after the lightsaber fight with Darth Vader.

BD-1 is perhaps the finest buddy droid in Star Wars. This BD unit exploration droid is always ready to scan items, open chests, and provide a healing stim. He spends his life not doing anything instead of his job.

C1-10P is always loyal to his crew and missions, but that doesn't stop him from brashly communicating his thoughts and feelings with his peers, using a variety of sounds.

R1-J5 acts as a mechanic droid in 'Star Wars Resistance', assisting Yeager and the rest of Team Fireball in repairing ships on the Colossus.

R2-D2's is a droid whose memory bank is filled with heroic and tragic stories from the Clone Wars, Rebellion, and Resistance.

Assassin Droid was used to assassinate targets. Assassin droids were the only droids built specifically to kill organics.

Astromech Droids serve as the ship's navigational system aboard some spacecraft, such as X-wing starfighters. Astromech droids operate with the ship's hyperdrive to calculate a safe route when traveling at faster-than-light speeds and aid with piloting and maintenance.

Battle Droid, any droid built for fighting was referred to as a battle droid (also known as a war droid, combat droid, battle bot, or killing robot).

Child Care Droids looked after and even protected youngsters. Some were merely expensive toys while others could fire blasters while carrying their charge away from danger.

Class One Droids is a category of mathematicians, physicists, physical scientists, and doctors.

Maintenance Droids were the ones that performed technical repair on starships.

Probe Droids have a variety of sensors, like motion detectors and UV sensors, a blaster for self-defense, and a HoloNet transmitter to send any findings to Imperial forces.

Protocol Droid is a humanoid-looking droid specializing in translation, etiquette, and cultural norms. Protocol droids help communicate during diplomatic or corporate discussions and frequently serve as personal aides to their owners.

Tutor Droids were programmed with extensive knowledge to tutor students. 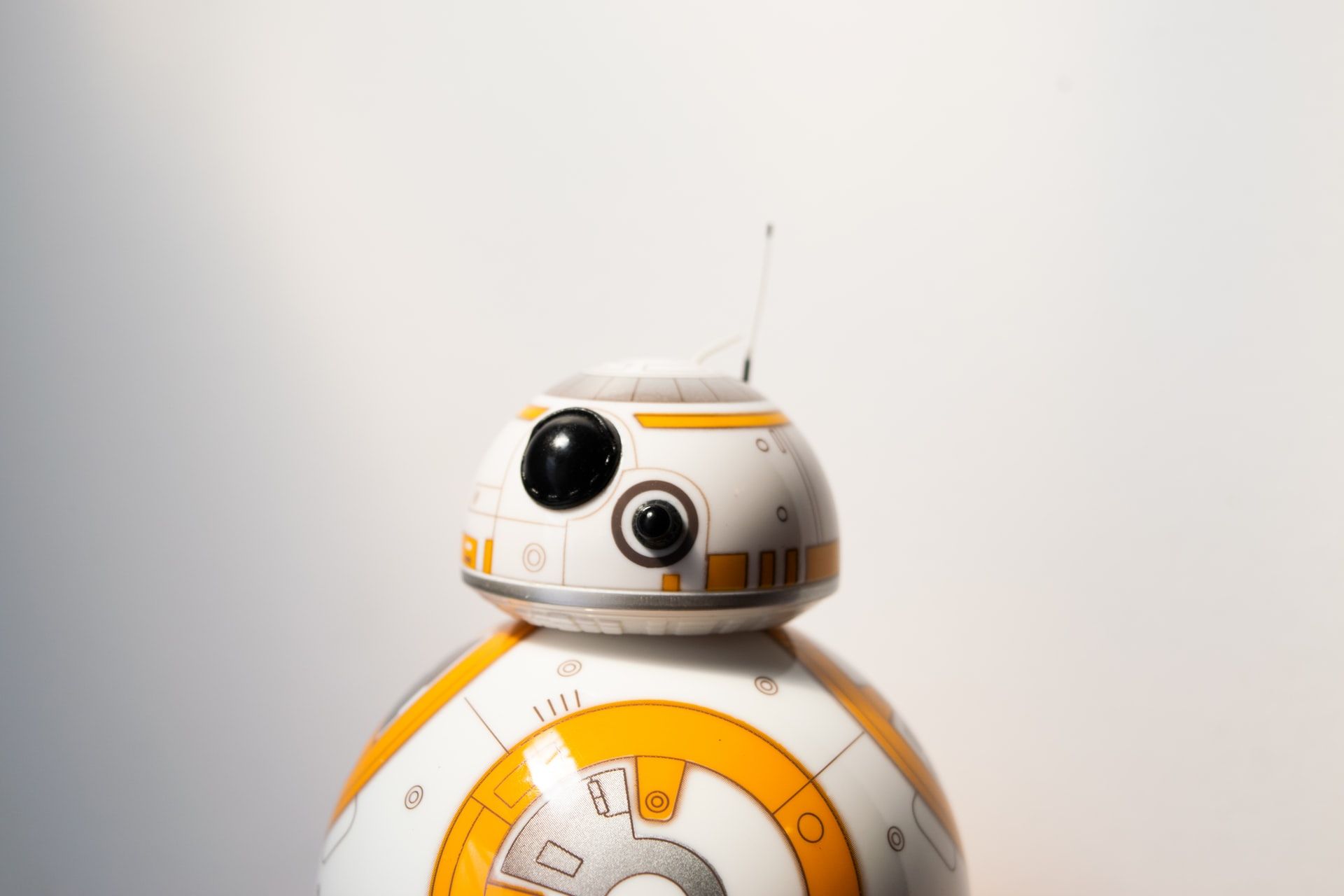 Which droids are the best? It's a difficult question to answer and one that requires some thought. But we can help you list droid names that sound funny.

4-LOM is a robot rather than some exotic insectoid race from a galaxy far far away.

Aly San San lives on in the hearts of many nostalgic park-goer.

BB-9E is the resident Astromech aboard the First Order's gigantic cruiser, the Supremecy, and is known to fans as BB-8's evil twin, a first-order droid in the story.

Destroyers are a different thing. These ruthless droids were highly armed and equipped with forcefields, making them both cool and lethal.

Espionage Droids were utilized as spies or saboteurs behind enemy lines.

IG-11 is one of the numerous bounty hunters in the series is this towering, Waititi-voiced robot of destruction.

Interrogation Droid, while the Interrogation isn't given much screen time in 'A New Hope', its existence haunts our dreams.

Mouse Droid, even if it isn't armed, is difficult to forget. The tiny, wheeled robot is frequently seen scurrying away in the backdrop.

Nanny Droids were droids who protected children and babysat them.

Pistoeka Sabotages Droids’ ability to connect to and deconstruct a spacecraft while in flight makes them a potent weapon.

Professor Huyang, who is nearly 1,000 generations old, is a famous little-known element of 'Star Wars' history.

R0-GR (Roger), like his other Battle Droids, has served in the military, but he isn't set up to be Rowan Freemaker's best buddy.

R1-J5 (Bucket), often known as ‘Bucket’, is yet another example of how the greatest droids endure the test of time.

RA-7 (Death Star Droid) first appeared in the 'Death Star' and the 'Jawa Sandcrawler'. They stick out very instantly due to their insect-like heads.

Service Droids, in public settings, were deployed as waiters and cooks.

Torture Droid, another common application for droids was to interview and, if necessary, torture detainees.

Tracker Droids were utilized as spies and hunters.

Training Droids were employed to practice abilities like lightsaber combat.

TT-8L (Gatekeeper Droid) is one of the most unusual droids in the 'Star Wars' world and is the famed eyeball-on-a-stick droid.

Viper Probe Droid crashed into the surface of Hoth sets, the tone for what is to become an action-packed film.