50 Super Gross Facts For Kids About Humans, Nature, And The World | Kidadl

50 Super Gross Facts For Kids About Humans, Nature, And The World Do you have an interest in the gross and gruesome?

Well you are in the right place because we have gathered up some really gross fun facts that are sure to make your skin crawl! That sounds pretty unpleasant but gross trivia and gruesome facts can make for some fun reading, plus you can share your new found knowledge and use it to gross out your friends!

We have compiled a collection of gross human body facts, some pretty disgusting facts about nature, and if you were really wanting to feel like you need a shower, we have some horrible hygiene facts for you to check out too.

Read on to discover some funny gross facts, just don't read this while you're eating your lunch, and fair warning, you are going to read the word 'gross' a lot.

If you would like to read something just as interesting but a little less gross, why not check out these unbelievable weather facts, or these super obvious facts?

1. Do you ever wake up with stinky breath? Well there are tiny microbes living in your mouth and all through the night they search out any leftover food between your teeth, all while multiplying and releasing smelly gases!

2. Did you know our bodies release moisture while we sleep? Through sweating and exhaling while we are snoozing, we can lose up to a litre of fluid a night!

3. Crusty eyes in the morning? That will just be your body building up a little collection of tears, mucus, and dead skin cells for you to blearily wipe away!

4. Upon examining a lot of belly buttons... scientists have found nearly 2,400 different species of bacteria living inside them! Make sure you scrub your bellybutton a little extra next time you take a bath!

6. The membranes in your nasal passages can produce up to seven litres of snot a week!

7.  Humans on average, fart 14 times a day, and each of those farts exit your body and enters the atmosphere at around seven miles per hour!

8. Speaking of farts, humans fart enough gas in on day to fill a party balloon!

10. You lose the entire outer layer of your skin in the space of about two to four weeks, roughly 50 million cells a day. This means that most of the dust around your home is made up of old skin, yuck. Try not to think about that next time you are doing household chores!

(Lack of) Hygiene Is Gross

So we all know that some bacteria is good, even necessary! Some of these disgusting facts about hygiene take that theory just a little too far. If the above gross facts about the human body weren't gross enough, wait until you've seen these!

12. The Romans had an interesting take on oral hygiene, they used powdered mouse brains as toothpaste, do you think it really gave them pearly whites?

13. In the middle ages, due to various warnings from the church, people stopped bathing! Queen Isabella of Castile was proud to say that she had only ever taken two baths in her entire life!

14. Did you know you have mites in your eyelashes? These tiny critters live off the dead skin cells in among the lashes, they are 100% harmless but still... ew!

15. You might want to think twice about your next slice of birthday cake. Every year when people blow out their candles, the bacteria on the frosting sees an increase of 1400%.

16. TV controls are literally swarming with germs, not only are they one of the dirtiest items in the home but one US study discovered that remote controls are the leading carrier of bacteria in hospital rooms!

17. Do you put the lid down before you flush the toilet? If you don't, invisible germs can be sent flying as far as six feet away.

18. Although the bathroom seems like the germy hot spot of the house, the average kitchen sink actually contains 100,000 times more germs!

19. The winner of most germ ridden item in the home goes to the humble kitchen sponge,  they can hold onto literally billions of bacteria! Top tip: Rinsing then letting them dry can massively reduce the bacteria!

20. There could be some pretty scary stuff lurking on your shoes, a study has recently show that you could have E.coli bacteria and remnants of animal feces among other gross bits and pieces! The bacteria can last a long time after initial contamination, so always leave your shoes at the door!

21. Your towel might seem soft and fluffy but if you haven't changed it for a few days, beware! The mixture of moisture and dead skin cells left behind after you dry off is the perfect breeding ground for bacteria.

22. This one is a little sad, the famous 'five second rule' does not exist! Bacteria does not wait to contaminate your food. The moment you drop it, it's done for.

23. In a super shiny clean human mouth, there are between 1,000 and 100,000 bacterial germs living on the surface of each tooth. Compare that to a mouth that isn't cleaned and you are looking at between 100 million and one billion bacterial germs!

24. There are an estimated 10 nonillion different viruses on our planet, that's right a 'nonillian'! There are new ones popping up every year. Nature can be a tranquil and beautiful place, but you know what? It can be gross too! Some of these interesting facts about the great outdoors might make you want to stay inside!

25. There is a type of fungus that 'bleeds', bright red globules of fluid, it's name is Bleeding Tooth Fungus. That sounds truly gross.

26. 'Algal bloom', also known as red tide, is when the algae concentration in water is so high it changes the color. The effects of the red tide can be fatal as it depletes the water of oxygen while it decomposes, deadly and gross!

27. There is a variety of cactus native to Mexico that grows in some strange shapes. 'Mammillaria Elongata', also known as 'brain cactus' looks just like, you guessed it, brains!

28. The corpse flower, literally smells like rotting flesh. Not only this but it can grow up to ten feet tall, that's a whole lot of bad smell.

29. The ocean floor is a mysterious place, it's also a pretty creepy place. With plane crashes, sunken ships and other water based fatalities, the ocean floor is literally littered with the bones of dead bodies!

31. The virus MRSA is attracted to salt which makes it pretty common around sand and salt water, if you don't wash your hands after getting home from a day at the beach you are 30% more likely to get sick from it! As we have already learned, humans are pretty gross, but animals take things to the next level. Evolution has a lot to answer for with some of these truly gross facts about animals!

32. In just seven hours, an elephant can produce a pile of poop that weighs the same as one fully grown person.

33. The regal horned lizard has a gross way of repelling attackers, they squirt blood out of their eyes!

34. A decapitated cockroach can still wiggle its antenna! Not only that, but the rest of its body can survive for another week without its head.

35. Koalas feed their baby koala's poop! This helps them to digest Eucalyptus leaves (their only food source) later in life, useful, but still gross!

38. The fart bubble of a blue whale is so large that a horse could fit comfortably inside it.

39. Termites, those minuscule wood devouring insects, fart so much that their farts actually contribute to global warming!

40. The viceroy caterpillar has evolved to look like bird poop, yes you are reading that correctly, they look like actual poop so that predators won't try to eat them!

41. For defense, the hag fish relies on mucus, when under threat they will shoot up to seventeen pints of the snotty stuff at their attacker!

42. When a frog throws up, its entire stomach will fly out its mouth and just hang there. The frog then flings out the contents of the stomach and swallows it back down.

43. A desert tortoise's bladder can hold 40% or more of its body weight in pee. This is pretty handy as if under threat, the tortoise will simply pee all over their attacker.

44. Tarantulas inject their prey with a poison that turns their insides to liquid, which they then proceed to drink. Yuck!

45. There is a species of sea bird whose name translates to "foul gull" and to be honest, they deserve that name. The little fulmar chick, when confronted with literally anything,  will projectile vomit an oily secretion that smells like rotten fish all over the attacker or unlucky unsuspecting passerby.

46. The hairy frog, also known as the horror frog, is able to break its own toes to expose super sharp, claw-style bones! They use this painful sounding Wolverine defense against predators, who probably won't try that hard to eat them after that!

47.  Animals seem to be pretty into throwing up in defense, sea cucumbers will eject all of their intestines in front of an attacker, that's one way to get rid of them!

48. Vultures, the charming scavengers, have developed immunity to anthrax and botulinum toxin, as a result of eating such a lot of repulsive dead and rotting  things. Impressive, kind of.

49.  Bunnies digest food so quickly, not all of the nutrients get absorbed, so to get those nutrients to stick, they eat it up again!

50. We have saved possibly the grossest fact of all our gross interesting facts for last. There is a parasite called the cymothoa exigua, that will attach to a fish's tongue, eat the tongue, and then become the tongue! There it will stay for the rest of its life, with the fish supposedly none the wiser!

Here at Kidadl, we have carefully created lots of interesting family-friendly facts for everyone to enjoy! If you liked our suggestions for these random gross facts, then why not take a look at these jellyfish facts for kids, or check out these funny clownfish facts for more. 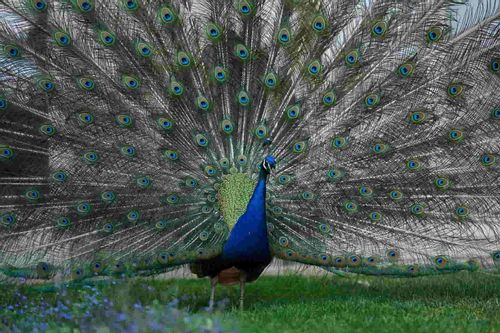 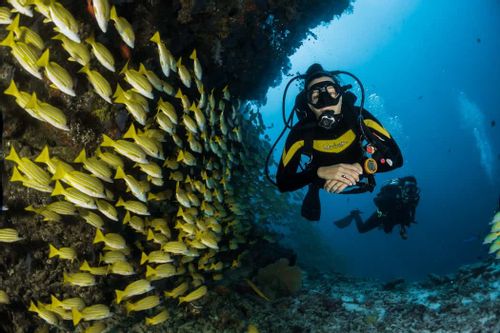 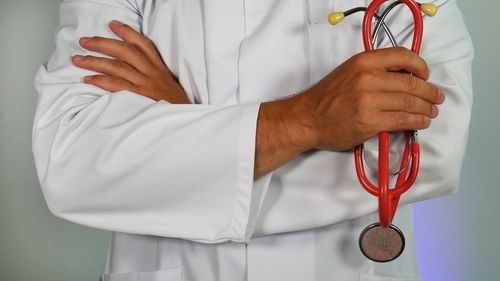