127 Fun Facts About March That You Never Heard Before | Kidadl

127 Fun Facts About March That You Never Heard Before 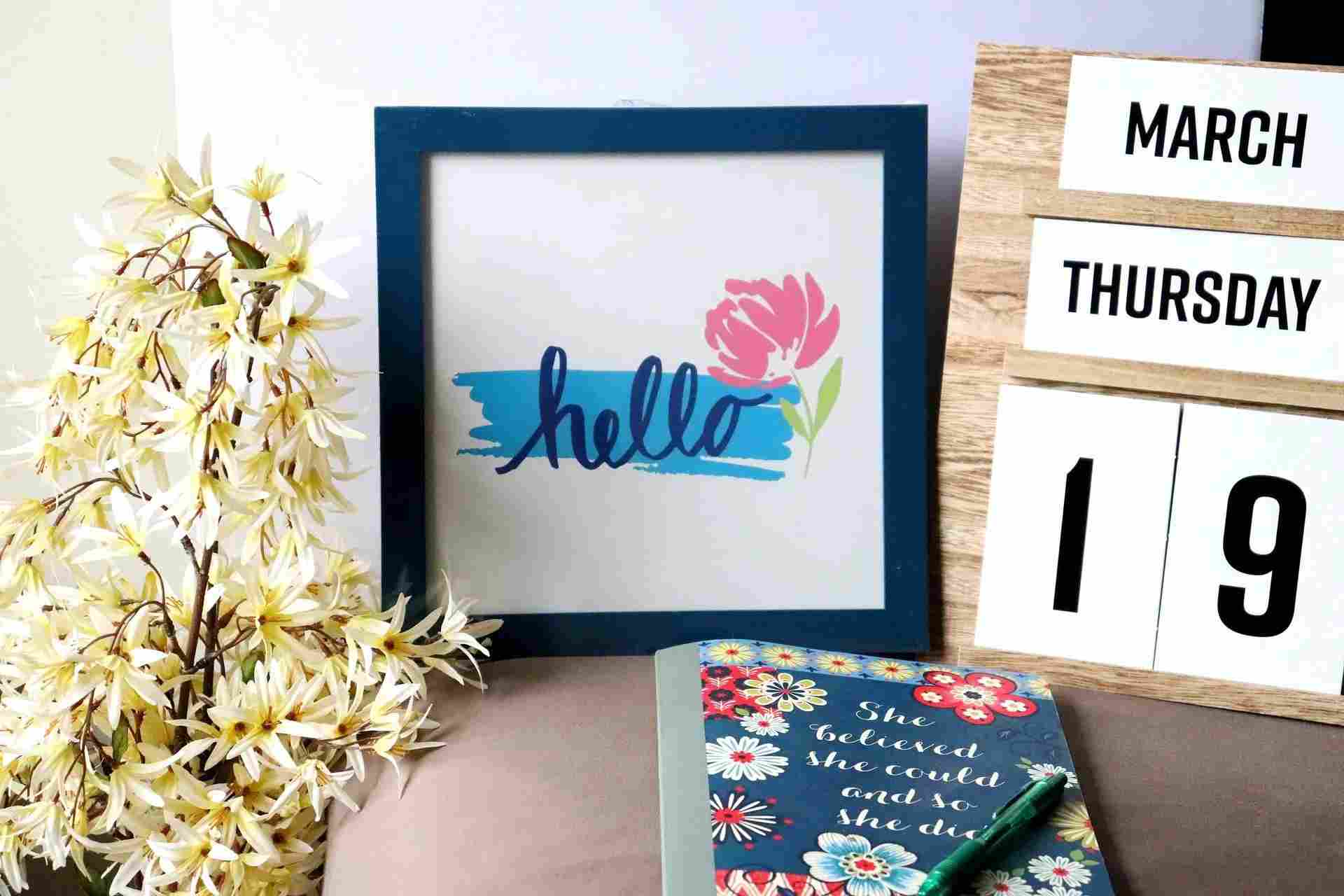 Did you know that March has been the year’s first month of the old Roman calendar?

As per the old calendar of the Romans, a year had 10 months starting in March and ending in December. Discover several unknown and unheard facts about March by reading further!

There are numerous times all through the year that convey happiness to individuals. Usually, about this time, individuals look forward to summer and can't wait for the month to arrive.

Undoubtedly, March is the best month of the year for many people. It is the month that can have an exclusive, new, climate as well as events that make March unique from other months. Every individual has something to appreciate this time of year. Did you know that March was considered the start of the New Year till 1752!

Place Of March In Calendar

March is the year’s third month of the modern calendar. March has been named so after the God of War, Mars, since the month has been the beginning of the campaigning season for the military. Find out more about how March got its name.

In the old calendar of the Romans, the first month of the year was March. Since spring’s first day starts with March, along with the vernal equinox, the month has been considered the commencement of new beginnings. January and February were added in about 700 BCE and turned out to be the first and second months in 450 BCE. Then March turned into the third-month calendar of the Romans. In both the Gregorian and Julian Calendars, March is the year’s third month and the second month out of seven months of the calendar to have 31 days.

It is also spring’s first month in the Northern Hemisphere and autumn’s first month in the Southern Hemisphere. March could be a dramatic month with occasional wilderness and ever-changing climates since Mother Nature goes to shed its winter fleece. Nevertheless, since the seasons' transition from winter towards spring, March is the perfect month to analyze the special holidays, days, observances, and awareness weeks in this month.

March has many highlighted facts which can be observed only in this month. The highlights of the month are listed below.

If someone is born in this month, his or her birth flower would be a daffodil. Daffodils are the first flowers that are seen in springtime and indicate that the winter is over. Due to this, these flowers signify new beginnings and rebirth.

Babies born in March have two birthstones, one is a bloodstone that signifies courage, and another is aquamarine.

March has two zodiac signs; one is Pisces till 20 March, and the other is Aries, starting from 21. March is also celebrated because of a national holiday in Ireland, the occasion of Saint Patrick's Day.

The Vernal Equinox takes place in March since it is the time when the sun comes directly over the equator and makes day and night equal.

On March 21, 2006, the launch of popular social media platform Twitter took place with the first tweet done on the same day by its founder, Jack Dorsey.

Statistically, in the USA, March is considered the most unproductive month. It is due to 'March Madness,' the season of the NBA. In fact, some organizations lose almost $1.9 billion to salaries to pay employees who have been unproductive and spent time betting on the games of the NBA.

On 10 March 1876, the first phone call was made by Alexander Graham Bell to his assistant, Mr. Watson.

For the very first time, the Eiffel Tower was climbed in March. A team of press members and government officers were led by Eiffel himself. The elevators were non-operational, and hence, the expedition had been made on foot and took almost one hour.

The Peace Corps was founded by President John F. Kennedy on March 1, 1961. It was a successful volunteer group and has sent nearly 235,000 Americans overseas to developing nations to assist with education, healthcare as well as other human necessities.

In both the Gregorian and Julian Calendars, March is the year’s third month and the second month out of seven months of the calendar to have 31 days.

Many holidays fall in the month of March all over the world. Some of the holidays that are observed or celebrated in March are as follows.

1st March - St David’s Day is celebrated on this date. Zero Discrimination Day is also celebrated all over the world on this day each year so that every person lives a life with dignity irrespective of gender, age, height, ethnicity, weight, and skin color.

2nd March – Texas Independence Day is celebrated on this date since the Texas Declaration of Independence was adopted on this day. 59 delegates signed it, and Mexican Texan settlers publicly announced independence from Mexico, and the Republic of Texas was formed.

8th March – International Women’s Day is celebrated on this date. It is the day that not only celebrates women’s achievements and the development made for the rights of the women, but also for bringing attention to current struggles for gender equality globally.

14th March –Daylight Saving Time is celebrated on this date that starts at 2:00 am on this day. On this day, the clocks must be set one hour ahead, or one might find oneself one hour late to everything.

15th March – The 'Ides of March' is celebrated on this date. It is regarded as a deadline to settle debts. Moreover, on this date, Julius Caesar was killed. If the date falls on Monday, it is observed as Clean Monday or Pure Monday, when the followers of the Eastern Orthodox Christian Church celebrate Great Lent.

17th March – Saint Patrick’s Day is celebrated on this date in several western nations to honor the death of Saint Patrick.

21st March – World Poetry Day is observed annually on this day globally, recognizing the unique poetries all over the world.

27th March – Passover Day is celebrated on this date, starting at sundown on this day. World Theater Day has also been observed on this day each year globally since 1962 to promote the significance of theater.

29th – 31st March – Borrowing Days are also celebrated on these dates. The month’s last three days are known as being stormy days.

Another popular holiday celebrated in March is Easter Sunday. Initially celebrated by Christians to rejoice in the return of Jesus Christ, this day has currently become a holiday that involves the Easter bunny, egg hunting, and candy.

Palm Sunday is also celebrated in March, the Sunday before Easter and Lent’s last Sunday.

The month of March has several fun facts that you might not heard before. Some fun facts about March are listed below.

March was the year’s first month in the old Roman calendar. January and February were added much later in the modern calendar.

The month is also considered Veggie Month and National Bed Month in the United Kingdom.

The Romans named March as Martius after the God of War, Mars, since the month has been the beginning of the campaigning season for the military. The month has been named as such in Gregorian and Julian calendars also.

March is also regarded as the month of The Great Daffodil Appeal to raise funds for the nurses of Marie Curie.

1 March is celebrated as St David’s Day and also as Bosnia-Herzegovina’s Independence Day.

The name March has three consecutive consonants in its name when spelled in English. It is the only month of the calendar to have so.

As per an old Devon superstition, it is considered unlucky to plant seeds in March’s first three days since these days are regarded as blind days. In the Southern Hemisphere, March is equal to September. Every single year, March and June end on the week’s same day. During March, animals wake up from hibernation.

Traditionally, in March, the Full Moon is known as the Worm Moon, since this time, earthworms appear in several places in the northern part of the world.

In Russia, March 1 started the numbered year till the 15th century. Great Britain, as well as its colonies, continued using March 25, till 1752, after they ultimately accepted the Gregorian calendar. In the UK, the financial year used to start on March 25 and later shifted to April 6. Several other religions and cultures still celebrate New Year's in March. March has some warmer days and also some colder days.