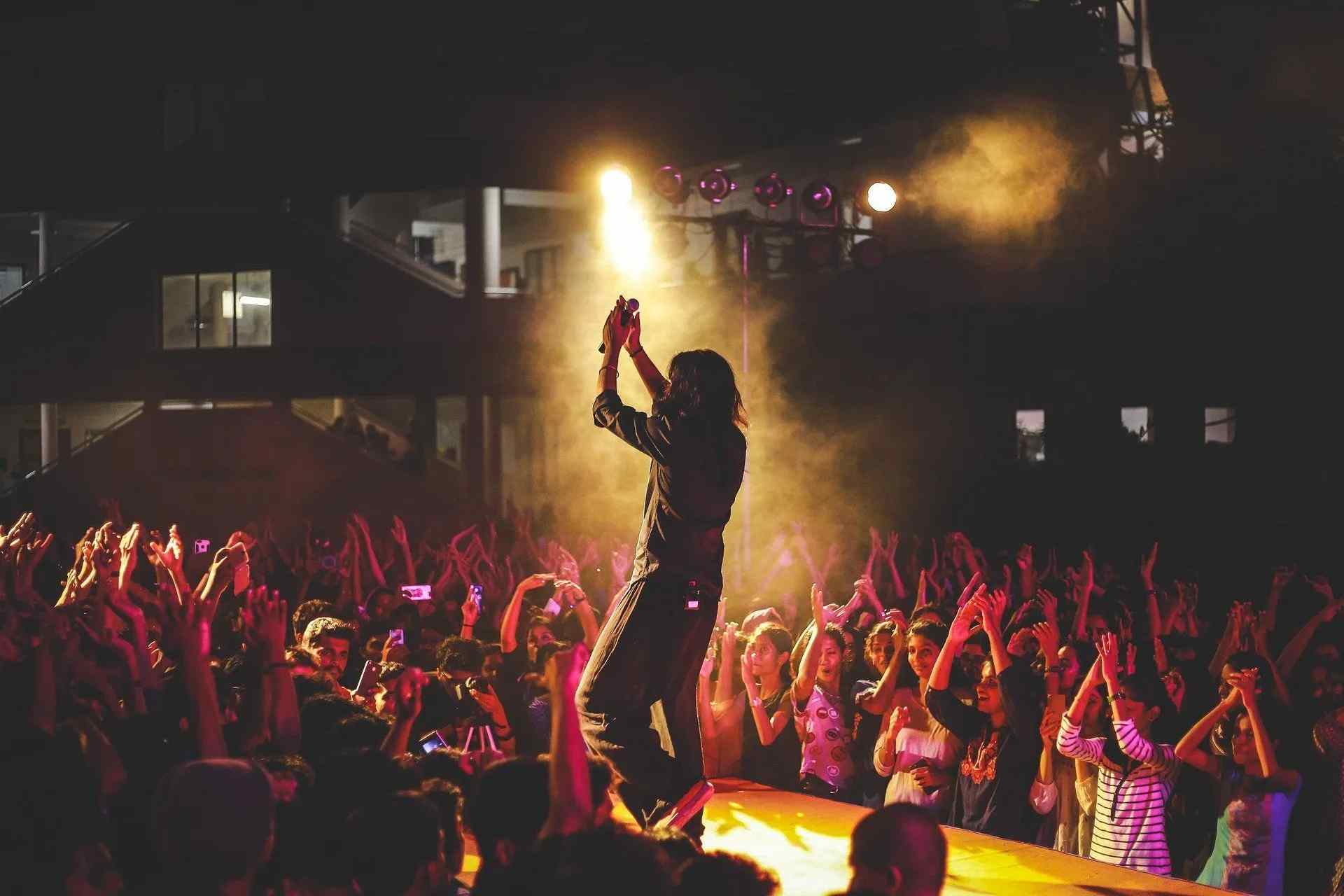 'Arctic Monkeys' is a famous rock band known for their alternative style of music.

The 'Arctic Monkeys' were formed in Sheffield, England, in 2002. There are four talented members of the band who can sing and play instruments.

The band's lead members are Nick O'Malley, the bass guitarist who does backing vocals, Jamie Cook who plays the guitar and keyboard, Alex Turner who is the lead singer and can also play keyboard and guitar, and the fourth member is Matt Helders, who plays drums and also does the backing vocals. Andy Nicholson was a former member of the band, and he left shortly after the release of their first album.

Did you like reading about Alex Turner and his musical journey? Be sure to check out more such articles about Adele facts and Adam Levine facts here at Kidadl!

The band 'Arctic Monkeys' was one of the first-ever bands to gain public attention through the internet. The commentators suggested that the band has given an amazing representation of how bands can start promoting and marketing themselves through the internet. The full name of Alex is Alexander David Turner. Alex Turner had formed the band while he was still in high school with his friends. Apart from working in his own band, he has also worked with other notable artists.

Turner wrote and performed his own songs as well. 'The Last Shadow Puppets' was a group with Miles Kane, where Alex recorded his side project. He has also recorded a piece of solo music for the movie 'Submarine'. He has won several notable awards during his career and has also gained mass popularity as a frontman. The band made the fastest-selling album in the UK, reaching number one! He has been writing about the nightlife of northern England. He is also referred to as one of the greatest lyric writers by the Guardian.

The band had released their first EP by themselves under the name 'Five Minutes with Arctic Monkeys'. Following their success, Domino Records offered them a recording contract. After joining the record label in June, they released their album in January.

Turner played as many as seven gigs in York as well as Liverpool as a rhythm guitarist for another band as he was offered this opportunity by Jon McClure, who was known as the lead singer of that funk band. When Alex Turner played for this band, he gained experience and it was crucial for his confidence as a performer and solo artist. Later on, he also recorded a demo song with that band, 'Judan Suki'. His own band recorded their successful second album in 2003. By this time, he has also recorded songs with other famous artists and bands like Tony Christie, 'Reverend and the Makers', and more. With Miles Kane, he also released an album called 'The Age of the Understatement' which went top of the chart in the first week itself! In October 2008, he also made his debut as a short story writer. He also performed a spoken word track by the name of 'A Choice of Three'. This was on Matt's compilation 'Late Night Tales: Matt Helders'. Dizzee Rascal made the song called 'Temptation Greets You Like Your Naughty Friend' with the band. The band's third album, called 'Humbug', was released in 2009. From this album, six songs were written and performed for the movie 'Submarine' by Richard Ayoade in 2011. They also released their fourth album called 'Suck It and See' in the next few months. For Miles Kane's debut album, he wrote a total of six songs too! They were featured in 'Color Of The Trap'. 'AM' was the Arctic Monkeys' fifth studio album, which was released in 2013. Their sixth album featured a collaboration with 'Queens of the Stone Age' on a song called '...Like Clockwork'. The band has also made and released a music video for their song 'Brianstorm'. Arctic Monkeys released their most recent album, 'Tranquility Base Hotel & Casino' in 2018.

The band released a five-track EP in 2006. After this album, Andy Nicholson left the band. After that, Nick O'Malley took his place as bassist.

Alexander David Turner was born in the UK on January 6, 1986. He is the only child of David and Penny Turner. David Turner was a part-time musician and also taught physics, and his mother taught German. He loved listening to Frank Sinatra. He took piano lessons from when he was a young boy till the age of eight. He grew up listening to various genres and artists like David Bowie, Frank Sinatra, 'the Beach Boys', and 'the Carpenters'. In school, he was great at sports, especially basketball. However, he was laid back in his studies. His parents got him a guitar, and since then, he started writing songs with his classmates. He also started composing music on his bass guitar and mics. He started enjoying the process very much and decided to pursue music as a full-time career. In high school, with his friends, they found a band called 'Arctic Monkeys' and started practicing in the garage and unused warehouses. After his secondary school, in 2002, he went to Barnsley College and studied music technology, psychology, English, and media. His parents eventually agreed to let him take a one-year break from college to seriously pursue music. While pursuing his dream, he took a side job as a barman at a Sheffield music venue. Eventually, he became a successful musician.

Alex is a massive fan of tattoos and has also tattooed his own name somewhere on his body! He says that his favorite animal is the lemur because it can climb high in trees. He is also a fan of 'the Strokes' and has also incorporated the lyrics 'I just wanted to be one of the Strokes! into his song'.

Alex Turner, along with the band, has achieved commercial and worldwide success. Their first ever single, the big song, 'I Bet You Look Good On The Dancefloor' peaked at number one on the singles chart in the UK. The Arctic Monkeys' debut album (first album) called 'Whatever People Say I am, That's What I'm Not' broke the amazing record of selling the greatest number of copies in its first week by selling over 360,000 copies. It has since also got awarded quintuple platinum in the country. Their next album, called 'Favorite Worst Nightmare', won the 2007 BRIT and 2006 Mercury awards. The band has a total of 92 award nominations and has won multiple other awards for 'Best British Band', 'Best New Band', and more.

Here at Kidadl, we have carefully created lots of interesting family-friendly facts for everyone to enjoy! If you liked our suggestions for 91 Alex Turner facts: the lead vocalist of 'Arctic Monkeys', then why not take a look at Adam Lambert facts or Bruce Springsteen facts?