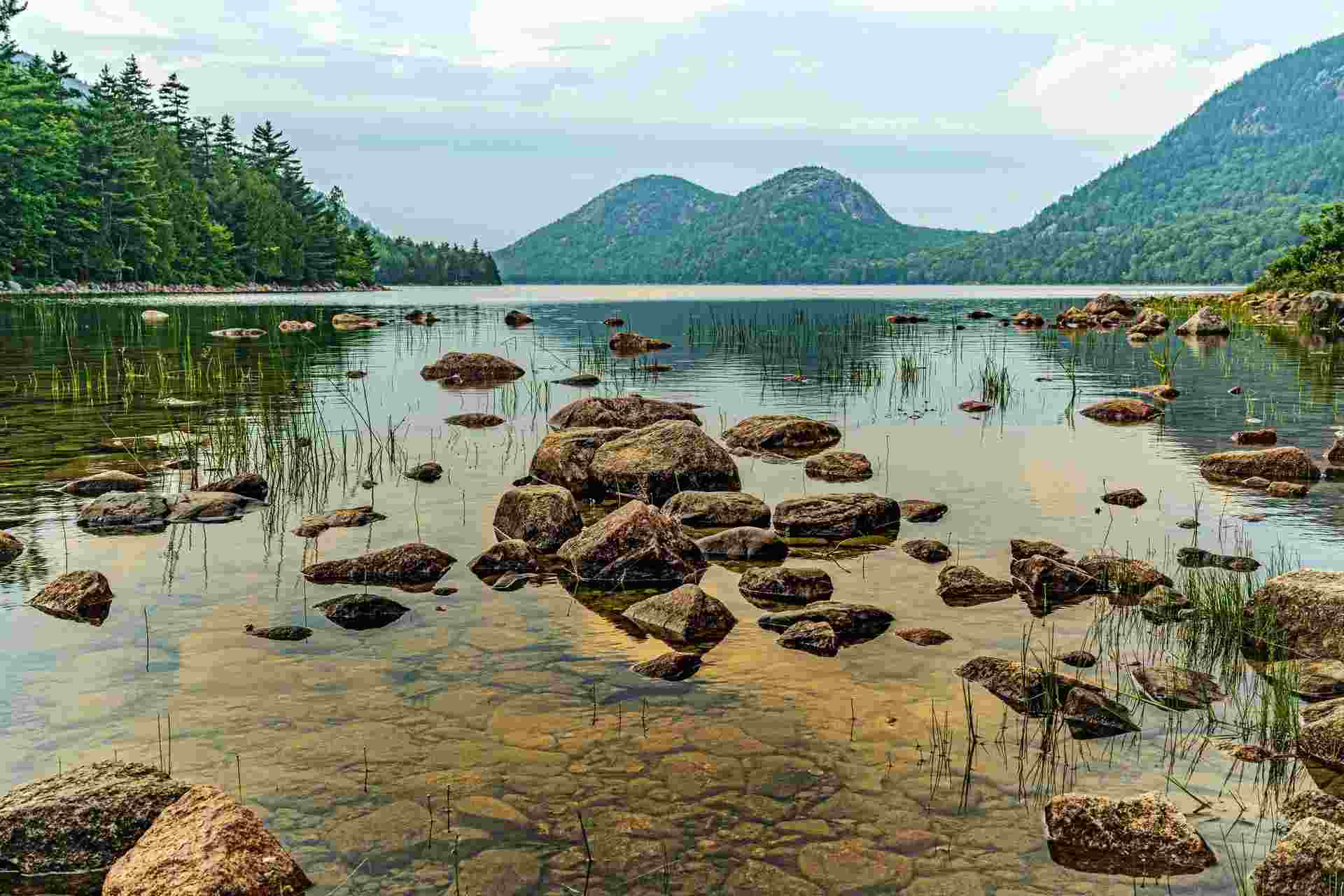 The Acadia National Park is a national monument, which is home to a vast majority of flora and fauna.

It has been at the forefront of tourism and many people come to explore the rich biodiversity the region has to offer. Acadia is one of the first national parks of its kind, with the region holding part of the tallest mountain on the east coast.

Acadia, unlike other national parks, finds itself woven into small fishing villages and set on the Mount Desert Island itself. It is so much more than just a national park. It is a historical site in itself. It has been said that a visit to Acadia is a visit to the entirety of Maine. Acadia is an experience of nature, and the communities that are built around it.

If you like reading fun articles with interesting facts and details about fascinating topics such as this one, why not check out these other articles to find out who discovered electricity and who invented cotton candy.

What to know before visiting Acadia?

Knowing a few things about a place you may visit always comes handy, especially if it is a national park service as large as the Acadian National Park.

Public reservations of your vehicle is a new required while visiting the Acadia National Park. The national park service requires people to make a vehicle reservation to drive on the Cadillac Summit road. There is a shuttle bus that functions all day, from mid-June to mid-October, and it is free of charge.

It is important to know that there is so much more to the Acadia National Park than just the Mount Desert Island. There are hiking trails to explore and lakes to visit. Horseback riders can have a lot of fun in this national park. Additionally, you can even bring your pup to accompany you on your visit and let it have a fun family day with you!

Be sure to interact with the people from different fishing villages that come under the park's undefined borders. It is well worth the experience. Additionally, to see the historical existence of communities in the years that have gone away, you can pay a visit to the Abbe Museum.

The location of the Acadia National Park is interesting for several different reasons. Keep reading to find out!

This national park is in the state of Maine, on the east coast of the United States of America, southwest of Bay Harbor. It is the first national park east of the Mississippi River. It is about 160 mi (257.4 km) from the city of Portland in Maine. It would be far more convenient for someone living in Bangor to visit, as the Acadia National Park is only at a distance of 50 mi (80.4 km). The national park in itself is built around different natural formations. It holds different islands, particularly Mount Desert Island. and several other barren mountains.

The park in itself is extremely large, at a whopping 49,075 acres (19,860 ha) of land area. The park's land contains everything ranging from a wild forest, an echo lake as well as the Jordan pond, an ocean shoreline complete with a sand beach. It is much more than a national park and is a place of natural beauty.

The types of plants found in the Acadia National Park is extremely diverse and a range of different habitats exist. Plants that exist in wetlands and marshes are found here, as well as rocky outcrops and freshwater plants. The climate in Maine helps the plants found in this state to grow and thrive.

The park also sees a blanket of trees that covers the forest grounds. These evergreen trees are present all over the Acadia National Park. The park plays host to several different types of spruce trees, as well as aspen trees. If you choose to visit during mid October, make sure you visit the hiking trails or carriage roads through these aspen trees because they are the embodiment of the fall season with their red and orange colors.

Birds Of Prey In Acadia

The Acadia National Park plays host to multiple species of birds. The abundance of trees, and clean fresh air is largely responsible, as well as the national park service because it protects this major habitat.

The park has over 338 species of birds. Acadia National Park is one of the most sought after locations for bird-watching. Among the various categories of birds that live in the park, are some of the most popular birds of prey. Mount Desert Island is home to birds of prey such as falcons, eagles, owls, vultures, hawks, as well as ospreys.

Peregrine falcons were known to have nested on Mount Desert Island decades ago. It was thought that these falcons were nearly gone, and the last reported nesting pair was seen in 1956. However, peregrine falcons finally returned to the Acadia National Park in 1987. In order to ensure that the nesting pairs stayed safe in Acadia, the national park authorities have restricted access to some of the hiking trails near the nesting pairs. An interesting fact about the birds of prey here is that when a Hudson River artist spotted an eagle over the largest lake in Acadia, he dubbed the 437 acre (176.8 ha) lake as Eagle Lake.

The founding of the Acadia National Park is a long tale that has seen lots of changes. The lands that make up the park were former French colonies. These were given to Antoine de la Mothe Cadillac by the French King, Louis XIV.

The man dubbed the 'Father of Acadia National Park', worked with the idea that lands donated at state and federal levels should be contributed to Acadia. This man was George B. Dorr. He went on to become the first superintendent of the park. President Woodrow Wilson then gave it its federal status as the Sieur de Monts National Monument. It became the first national park service to be established from privately donated lands. This act took place in 1916, and is regarded as the formal beginnings of the Acadia National Park that we know today.

John D. Rockefeller Jr. was also a contributing figure to Acadia. He was the one to build the carriage roads present in Arcadis. These carriage roads have been a crucial part of those who wish to bike in the park. The design of these carriage roads was done by the architect Beatrix Farrand. His family lived frequently in the Bar Harbor, where they owned a summer home.

Here at Kidadl, we have carefully created lots of interesting family-friendly facts for everyone to enjoy! If you liked our suggestions for Acadia National Park facts, then why not take a look at how big is central park in New York or why did the Grand Canyon became a national park on Kidadl.