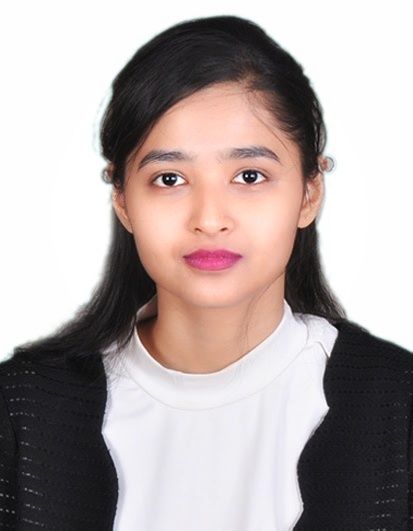 Many sneaker brands introduced personal customization of shoes like YourReebok, miadidas, and NIKEiD.

Adidas, or Adidas AG, is a multinational corporation based in Germany with its headquarters in Herzogenaurach. This company designs and manufactures clothing, accessories, and shoes. Adidas is the largest sportswear manufacturing company in Europe, with Nike right behind it. This corporation is a holding company of the Adidas Group, consisting of 8.33% of Bayern Munchen, a German football club, Reebok sportswear company, and the Austrian fitness technology company, Runtastic. Revenue of the Adidas group for the year 2008 was recorded as $24.8 billion. Adolf Dassler started Adidas in his mother's house, and in 1924 his brother, Rudolf, joined him. The company was named Dassler Brothers Shoe Factory. Dassler went on to assist the advancement of spikes, the spiked running shoes for several athletic events. He changed the previous heavy metal spikes model by utilizing rubber and canvas to improve the quality of this athletic wear. The Adidas logo, the three stripes, has been in use as a marketing aid on shoes and clothing designs by this company. This branding was bought from Karhu Sports, a Finnish sports company, in 1952. Dassler later called Adidas, 'the three stripes company.'

If you enjoyed reading these Adidas facts, then make sure to read some more interesting facts about the inventions of 2014 and the American inventions list here at Kidadl.

A fun fact about Adidas is that the current logo replaced the trefoil logo in 1990.

Adi Dassler bought the signature three-stripes logo for just 1,600 euros plus two bottles of whiskey and launched the Adidas logo in 1971. The company name, Adidas, is an abbreviation of Adolf (Adi) Dassler (Das), the founder of the brand.

In the year 2011, Adidas launched a project that sold Adidas brand sneakers for just $1. The reason behind this was to reach more than a billion people and get into the Indian market. Some best-selling Adidas shoes around the world are Adidas superstar, Adidas Stan Smith, Adidas Italia, and Adidas Forest Hills OG. Also, the Adidas Stan Smith sneaker was first intended to be named after a popular French tennis star, and not Stan Smith. Adidas has sold more than 40 million pairs and counting.

The trefoil logo was first introduced in 1972 at the Munich Olympics.

The stripes on the sneakers were originally placed for stability reasons and not for the design.

Adidas is a parent company of Reebok, Rockport, and Taylor Made. This company declared its plan to buy Reebok at a value of $3.8 billion. This takeover was done in January 2006.

The latest triangular-shaped logo resembles the upward slope of a mountain. It shows the odds faced by athletes, providing determination to conquer them. This is a more fitting meaning to athletes that Adidas mostly sells its apparel to.

The idea of self-customization was sold by Adidas, even though the brand was not the inventor of custom sneakers.

A historical fact about Adidas is that Adi Dassler was set with 47 employees in his company in 1949.

Dassler shoes were manufactured after World War I. After Jesse Owens sported this brand, it increased awareness around the world. Adi and Rudolf (Rudi), Adi's brother, were determined to rebuild their firm after World War II disruptions, however, a personal breach between them became irreparable by the year 1948. Hence, they split the company into two brands, Adi's Adidas and Rudi's PUMA.

In the '50s, Adidas grew by associating itself with many football players. In the World Cup final in 1954, the German National Football team won against the unbeatable Hungarian team wearing Adidas. They didn't just win a trophy, but also helped spread Adidas shoes across many football fields. Later, in 1963, the Adidas group introduced a line of soccer footballs. Adidas started to produce apparel four years later. The famous Franz Beckenbauer was the first piece of the brand's apparel line, opening a whole new business. Adidas was popular for many years until the '70s when competition from other firms, like Nike, increased. Adolf Dassler died in 1978 and the company's share fell in the market during the '80s.

An innovation by Adidas ahead of time was the Micropacer system that provided performance analysis to athletes in 1984.

The SOS Children's Villages, with FIFA Youth Group, became the main beneficiary in 1994.

Adi Dassler, the founder of Adidas, first had no intent to sell sneakers. He had finished a baker apprenticeship before starting to sell track shoes.

Facts About Adidas In Pop Culture

The pop culture fact about Adidas is that Adidas shaped the evolution of sneakers from sport to style.

Although Adidas is known for Hip Hop, it is also quite popular for innovations in the basketball world. In fact, the Adidas Superstar was the first shoe that made it into basketball that has a low-top silhouette on the leather upper part.

Previously, a park called 'Adidas Park' was located in Boston, where only people wearing Adidas brand sneakers were allowed. If anyone was spotted wearing other brand shoes like Puma or Nike, people would snatch their shoes and would hang the shoes on the tree of shame, where one could find many pairs of shoes of other brands.

Jeremy Scott, a designer who currently has a line of Adidas sneakers in his name, first collaborated with the Adidas brand many years back when the brand produced its own variant of Forum Hi sneaker with the face of Scott on it.

Run DMC, a popular rap group, received an endorsement deal after their performance at Maddison Square Garden in New York

Adidas introduced a pair of jeans sneakers, which did not feature denim in it. These sneakers were just blue-colored suede with a rubber sole. Tubular line of sneaker release by Adidas was inspired by a tubular snake and care tires that were created to mimic the threading of tires.

In the year 2013, to give people a closer look at the history of the brand, Adidas launched an archive. This site resembles an online museum, with vintage catalog scans, old footwear photos, and other vital information about the products and people that helped the company grow to this level.

Facts About Adidas In Sports

A sports fact about Adidas is that Adi Dassler's main focus was on spiked shoes that were early blocks with nails through the soles.

Before Adidas was a brand, Adolf completely focused on spiked sports sneakers. So, in the Olympic games of 1936, he knew that athletes from Germany sported his spikes, however, he was steadfast to have Jesse Owens try these Adidas sneakers, though Owens was competing against the Germans. After his third pair of Adidas track shoes, Owens loved these shoes and would not wear anything else. He went on to win four gold medals in an historic Olympic Games.

The EQT line of sneakers of the Adidas brand was initially supposed to be a status symbol, similar to how Jordan sneakers are popular today.

The six-time NBA champion and renowned basketball player, Michael Jordan, almost signed his deal with Adidas before signing with Nike, and creating a behemoth in the Jordan brand.

Although the Adidas Superstar was originally made for basketball players, it gained popularity in the early '90s among skateboarders. Also, the original Adidas Superstar was made in France and not in Germany. This line was the only one to feature in series with a golden Trefoil on the tongue of sneakers.

Adilette by Adidas is a line of sandals particularly made to protect football players from diseases, which may be contracted in communal showers. This product was released in 1972, and is still a popular choice for athletes and dorm-dwellers.

The NBA player, Matt Bonner from New Hampshire who sported New Balances, but then this brand based in Boston stopped sending products to this player. He later had a conversation with the New Balances about sending products by re-signing him. This did not happen, however, Adidas went on to sign him.

The former soccer player, David Beckham, is still a part of the Adidas group, even though he stopped playing professionally in 2013. In 2003, Beckham signed a lifetime deal with the brand worth $160.8 million. He is currently a brand ambassador for Adidas.

One of the highest-paid athletes by Adidas is Derrick Rose, as per 2014 data.

The ZX 8000 was the first sneaker by Adidas that uses torsion technology. This was founded in 1988. This shoe gave great support to runners by providing flexibility in the heel and forefoot. Samba by Adidas is quite popular with indoor soccer. However, it was made to provide traction to players on the icy and hard winter grounds of Europe.

Here at Kidadl, we have carefully created lots of interesting family-friendly facts for everyone to enjoy! If you liked our suggestion for the 133 Adidas Facts, then why not take a look at fun facts about 2000 technology inventions, or 1966 inventions!