55 Amazing Human Body Facts That You Must Know About | Kidadl

55 Amazing Human Body Facts That You Must Know About 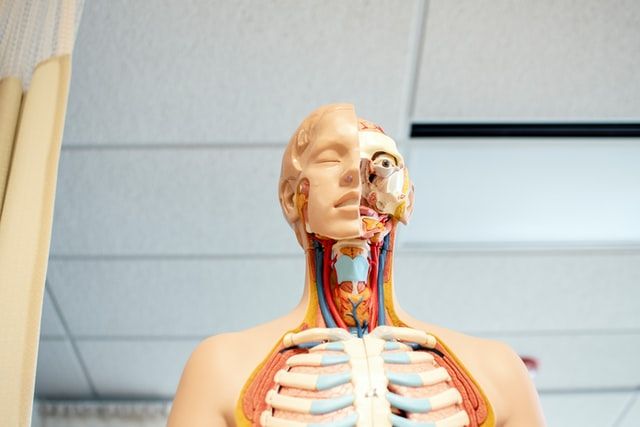 The human body is an amalgamation of both living and non-living organs that form the complete system of the human organism.

Although the human body is considered a single structure, it has multiple small structures inside it. And, the organs complete this structure.

The human body is made up of several elements, such as cells, tissues, organs, and systems. There are 13 different types of systems that are present in the human body. Be it moving or even breathing, every function is carried out by different organs and their systems. All these organs have unique as well as weird characteristics, such as the human eye being the fastest moving muscle, or the fat content of human beings being enough to produce seven bars of soap or a block of bone that is the size of a matchbox and can support 18,000 lb (8164.6 kg). However, the functioning of these organs might depend on several external factors too.

Characteristics And Features Of The Human Body

The human body is a complex structure that begins at a microscopic level, such as cells. Nevertheless, these complex systems consist of organs that have a crucial role to play. From mammary glands to extremely developed sense organs, the human body has several characteristics. More intriguing facts about the features and characteristics are described below:

The body weight of a human body is determined by various factors, among which 50% of the weight is made up of water, 8% of blood, and 15% of skin.

Bone marrow is the only thing in the human body that grows very fast.

In the total average lifespan of a human being, the heart beats more than 3 billion times.

The small intestine of a human being can be as long as 23 ft (7 m). It is a part of the gastrointestinal system that consists of the liver, stomach, pancreas, rectum, colon, and gallbladder.

The human heart possesses the ability to pump so much blood that it can fill an Olympic-sized pool in just one year.

Our lungs are not the same size, and the left lung is almost 10% smaller than the right lung.

The brain will start to eat itself in the case of starvation.

While listening to music, the human heartbeat synchronizes with the rhythm of the music.

Organs In The Human Body

The organs are primarily tissues that are united into structural units. There are almost 79 organs that have been identified in the human body. However, besides all the other organs, there are five vital organs that are necessary to stay alive, namely the brain, heart, lungs, liver, and kidney. More facts about the organs are stated below.

A human eye has the capability to differentiate between 10 million distinct colors.

The nose can distinguish over a trillion varied scents, and human beings tend to breathe alternately from their nostrils.

The nose helps to moisten the air and make it warm so that it can easily circulate throughout the respiratory system.

The stomach consists of acid that can dissolve metal. The acid is so strong that it can burn skin. However, the mucus lining and pH balance prevent the stomach from corroding.

The mouth of a human being can produce almost 0.2 gal (1 l) of saliva every day.

The stomach is an important part of the digestive system. However, it does not have a vital role when it comes to the absorption of nutrients as the stomach helps break down the food.

The liver has the potential to grow back.

Organs such as the intestine, bladder, and stomach are also referred to as hollow organs.

Tissue, Cells And Muscles In The Human Body

Cells are the main functional and structural units of life, and tissues are composed of cells that have an identical function to perform and also exact structures. Similarly, muscles are made of elastic tissues, and these tissues are combined tightly in a transparent membrane. More about the tissues, cells, and muscles is as follows:

A human being sheds more than 30,000 dead skin cells every minute.

The endocrine system comprises a network of glands that enable hormone secretion, and these hormones travel to different tissues and regulate different functions.

If there is an injury under the skin then the blood vessels burst and disperse into the tissues of the nearby injury.

Only two tissues in the body are free of blood vessels, one is the cornea and the other is the cartilage.

There are four types of tissues in the human body.

The Gluteus maximus is the largest muscle that is present in the human body.

The Importance Of The Human Body

The importance of the CNS, or Central Nervous System, is huge in the human body, and it consists of the spinal cord and brain that control most functions.

The purpose of the circulatory system in the human body is to circulate oxygen, nutrients, blood, hormones, and CO2 throughout the body.

The digestive system is responsible for breaking down and absorbing the nutrients that benefit the body.

The immune system defends the body from most viruses and bacteria.

The reproductive system enables reproduction, without which the entire human race couldn't exist.

Most toxins are eliminated through the urinary system.

The skeletal system of human beings helps in locomotion and movement.

The lymphatic system helps to drain out the fluid to protect the body.

Understanding of the human body is extremely important in the fields of medicine and healthcare.

The human body is evidence of evolution.

The exact reason behind yawning is unknown, but it enables body temperature regulation.

We are all aware of how every part of the body is vital, but there are non-vital organs as well, which are known as vestigial organs.

The heartbeat of an average healthy adult human is 75 beats per minute.

There are over 100 billion nerve cells in the human brain. Also, the neocortex of a human is the most advanced in the animal kingdom.

The term 'second brain' refers to the rectum as it is the only organ that possesses an individual nervous system that comprises 100 million neurons.

The skeleton acts as a protection for the internal organs.

A human being carries almost 4 lb (1.8 kg) of bacteria on their body.

The human eye remains the exact size throughout life.

The human brain utilizes 20% of the blood supply and oxygen.

What are some scary facts about humans?

Now that we have learned some of the most amazing facts about the human body, here are some scary facts as well:

Eyelashes have mites known as Demodex folliculorum that inhabit the hair follicles.

The first organ to develop during the developing phase of an embryo cell is the anus.

The average belly button is crammed with bacteria of almost 67 different types.

The brain is as soft as melting butter.

After the death of a human being, the blood slowly flows towards the lower region of the body, and this process is called hypostasis. This causes the body to swell and turn reddish-purple.

What are the 13 systems in the human body?

What gives life to the human body?

Different organs work together to form a well-connected system to keep the human body alive. These systems primarily depend on other aspects such as food, water, air, and more that are needed to sustain life.

What is the largest organ in the body?

The largest organ of the human body is the skin, which covers the entire body. The skin, hair, sweat, oil glands, and nails form the integumentary system. The purpose of the skin is to protect the human body from external factors. However, skin is not just what we see, as it has seven more layers that protect the muscles, bones, and other internal organs.

Is your skeleton wet?

The human body is acknowledged for its unique properties, and one of them is the human skeleton. The bones of human beings tend to be brittle and dry when dead, but they are comparatively soft and feel wet in a living body.

Although teeth are considered a part of the human skeletal system, they are not deemed as bones. Thus, there are 206 bones in the human body.

Bones may appear very hard on the outside, but they have blood vessels that are densely packed inside them. Thus, when a bone breaks, it can undergo bleeding.