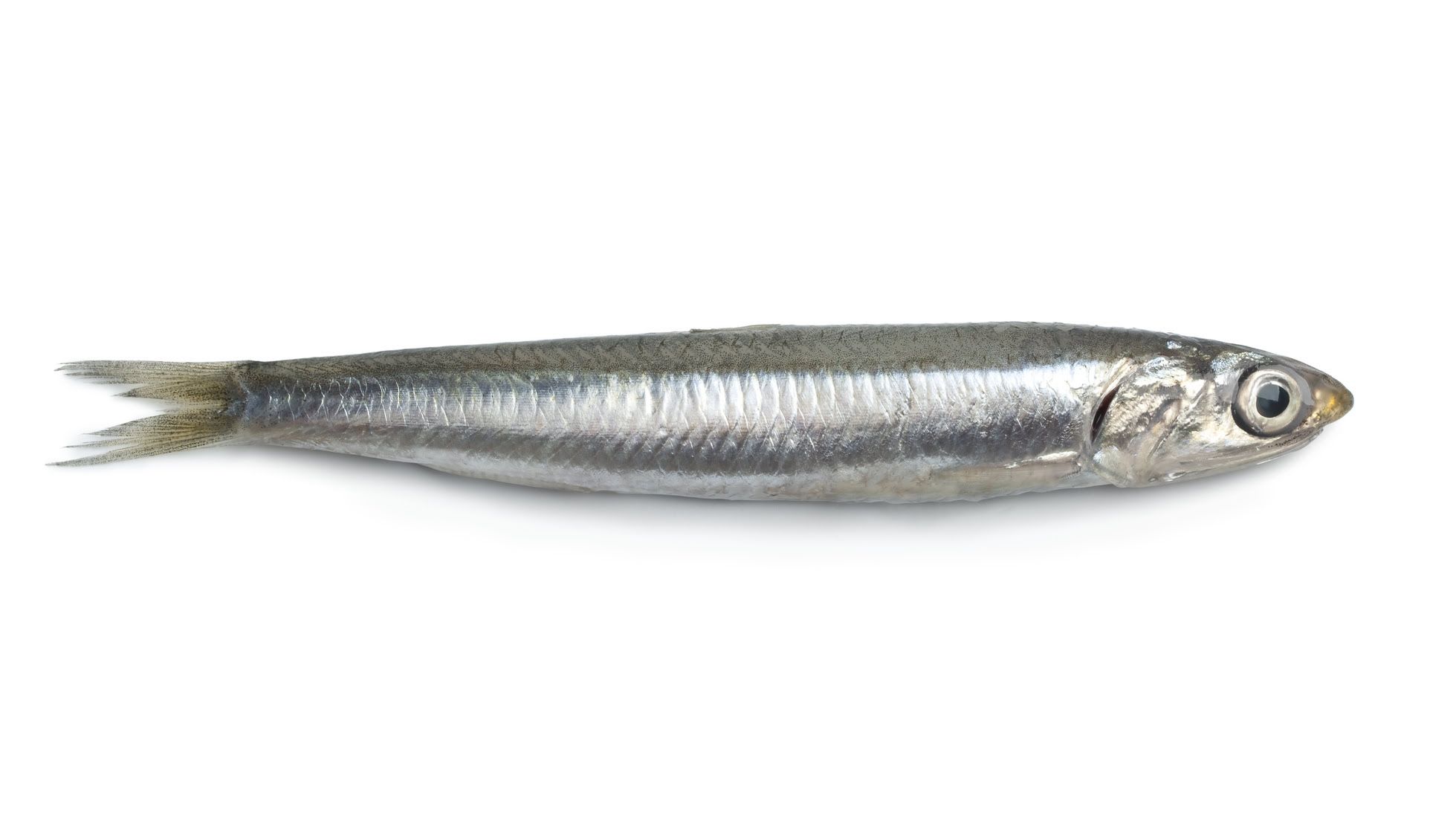 Primarily used as a forage or prey fish, the European anchovy (Engraulis encrasicolus) belongs to the family Engraulidae. These anchovies are found off the coast of Europe and Africa, including in the Black Sea, Mediterranean Sea, and the Sea of Azov. The species primarily inhabit the lakes, lagoons, estuaries, fresh and brackish water.

The species has a silver-colored underbelly with either blue or gray sides. Young anchovies possess a silver stripe that fades away when they turn older. The average length and weight of the anchovies are 5.3-8.2 in (13.5-21 cm) and 0.09-0.10 lb (45-49 g) respectively.

The International Union for Conservation of Nature has declared the species as Least Concern but the population of the species is declining rapidly due to several factors such as overfishing, predation, environmental problems, and many more.

Keep on reading to learn more interesting facts about the European Anchovy. If you want to know more exciting information about different animals, check out these black ghost knifefish facts and giant guitarfish facts.

What type of animal is a European anchovy?

European anchovies are omnivores found primarily off the coast of Europe and Africa. Fresh anchovies are regarded as a delicacy in countries such as Italy and England.

What class of animal does a European anchovy belong to?

The European anchovy (Engraulis encrasicolus) belongs to the class of Actinopterygii, the genus of Engraulis, and the Engraulidae family.

How many European anchovies are there in the world?

The exact population of anchovies is not known as of now but the species is extremely abundant in the Mediterranean sea, Black sea, and Azov sea.

Where does a European anchovy live?

The species is primarily found in several European countries such as France, Bulgaria, Greece, Croatia, Italy, Spain, and many more. Also, anchovies are found in African countries like Nigeria, Benin, Ghana, Morocco, and the west coast of the continent.

What is a European anchovy's habitat?

Who does European anchovy live with?

As anchovies are medium in length, the species prefer to live in schools or groups. The primary reason is to avoid predation.

How long does a European anchovy live?

Unlike other species of anchovy, European anchovies live for around five years.

Generally, the species spawns in warmer temperatures. The breeding season occurs between April and November. After reaching the length of around 4.7-5.1 in (12-13 cm), anchovies reach sexual maturity. Females of a few anchovy species generally spawn 50 times in each season and lay around 1,000 eggs in each batch. The eggs are either oval or ellipsoid in shape and hatches within 24-65 hours.

The International Union for Conservation of Nature has declared the species as Least Concern but populations of the anchovies are getting affected over years due to many factors. Fresh anchovies are highly consumed in several European and African countries, also predation, climate change, and several other environmental problems are resulting in population decline.

The species has a silver colored underbelly with either blue or gray sides and a deep cleft snout. The silver stripe fades away as they turn older. The body is generally round and slender. Anchovies are very beautiful and the most fascinating thing would be the movements of schools and large groups.

Like other species, European anchovies use similar methods to communicate with each other. Anchovies use touch and sense of smell to warn each other and avoid predation.

How big is a European anchovy?

How fast can a European Anchovy swim?

How much does a European anchovy weigh?

There are no specific names given to the males and females of the European anchovy. Females are generally larger than males.

What would you call a baby European anchovy?

People often call the baby European anchovy fish alevin. The term, alevin is used to refer to the newly hatched babies or juveniles of fish.

The medium sized fish is not considered quite an aggressive fish. Also, the species lacks big teeth, but these fish can become violent if they feel threatened or someone tries to come closer to them.

Unlike other medium sized fish species, European anchovies are not regarded as pets. The fish generally prefer to live in large groups or schools and migrate throughout the year. Thus, aquariums and ponds would never serve as their habitat. Also, keeping anchovies with other species would not be a good option.

While talking about the anchovy, there are around 140 types of anchovies divided into 17 genera. The fish are found in the Indian, Atlantic, and Pacific Oceans. Also, the abundance of species could also be found in the Mediterranean and the Black Sea.

The scientific name of the European anchovies, Engraulis encrasicolus, derives from the Greek language. People have been eating these fish since ancient times.

Due to their small size, whitebaits resemble European anchovies. Whitebait is a term used to refer to juveniles of 1-2 in (2.5-5 cm) size.

While talking about European anchovy nutrition, these fish are good for your health and are rich in omega-3 fatty acids.

A savory dish made of potted anchovies known as the Gentlemen's relish was invented by John Osborn in 1828.

The European anchovy price for 2 lb (0.9 kg)would be around 29 dollars in the United States.

What is the difference between a sardine and anchovy?

What is the difference between European anchovies and regular anchovies?

European anchovies are primarily found in the Mediterranean and the Black Sea while other species of anchovy are found in the Atlantic, Indian, and Pacific Oceans. Some species are 1 in (2 cm) while some are 16 in (40 cm) long. Unlike the European anchovy, the Peruvian anchoveta and Japanese anchovy are highly affected. The Californian species can live up to seven years.

Here at Kidadl, we have carefully created lots of interesting family-friendly animal facts for everyone to discover! For more relatable content, check out these stonefish facts and Gulf toadfish facts pages.

You can even occupy yourself at home by coloring in one of our free printable european anchovy coloring pages.