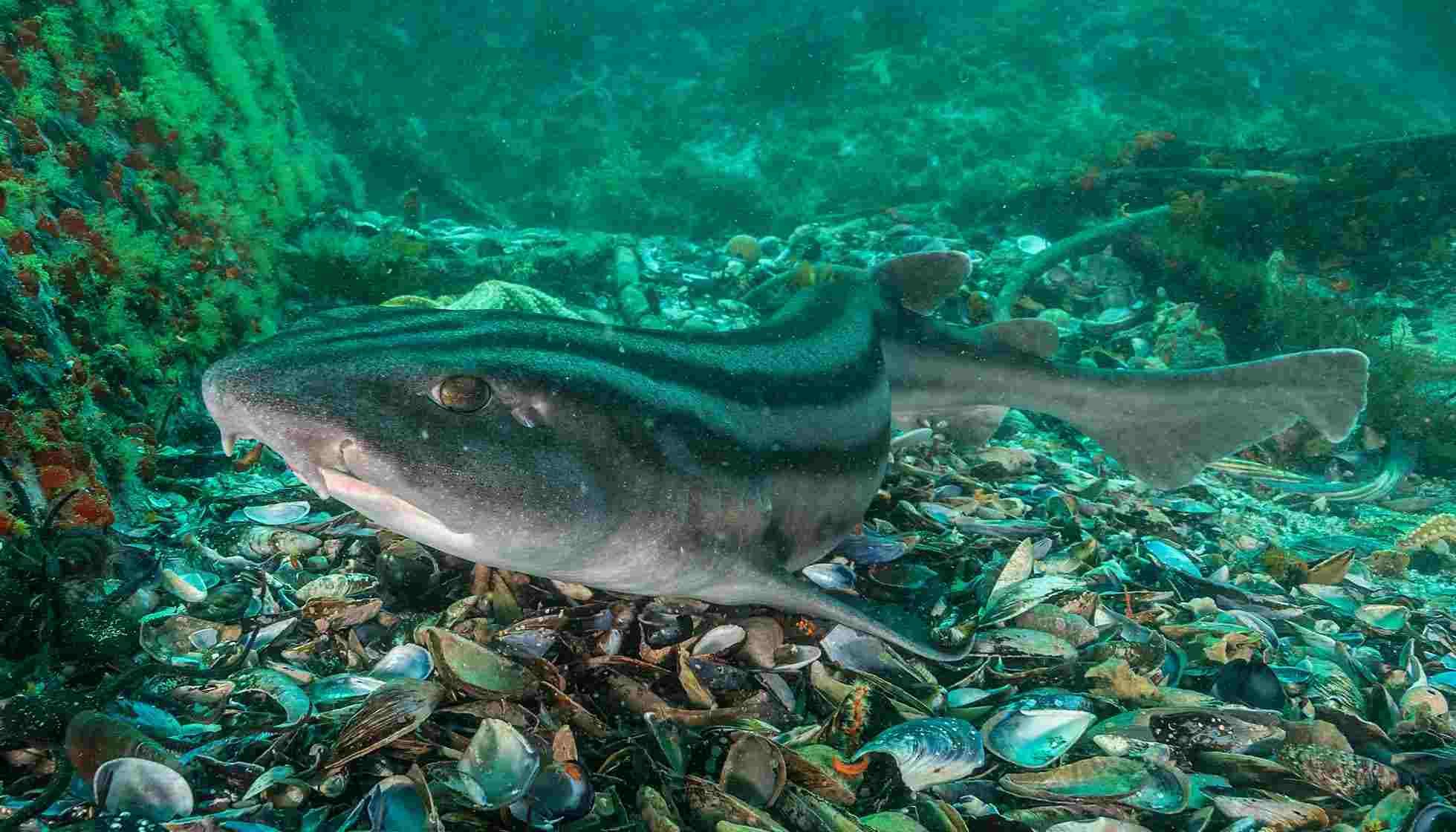 A shark is one of the most feared and least understood creatures that lives on this planet. This article will educate you about the false catshark (Pseudotriakis microdon), a species of ground shark. Belonging to the family pseudotriakidae, this shark species is the closest relative of the Gollum shark. This shark is found in many oceans all over the world, including the Pacific, Atlantic, and Indian oceans. Although they are deepwater sharks, they may wander to shallower waters if they suffer from some abnormality or simply follow submarine canyons. These sharks are dark brown to grey in color. They can be identified by their long, low first dorsal fin. These sharks are known for the peculiar oophagy; embryos use their own eggs for nourishment. The first false catshark was described by Félix de Brito Capelo in 1868 by a Portuguese ichthyologist.

Read on to learn more about the magnificent false catshark.

Enjoying reading this article? Read more of our articles with these sandbar shark facts and spinner shark facts.

What type of animal is a false catshark?

As the name suggests the false catshark is one species of shark. Their scientific name is Pseudotriakis microdon and they belong to the family Pseudotriakidae.

What class of animal does a false catshark belong to?

How many false catsharks are there in the world?

Inhabiting deep inaccessible parts of the ocean, and having a wide distribution, it is hard to estimate the total global population of the false catshark (Pseudotriakis microdon).

Where does a false catshark live?

Found in the deep sea, false catshark (Pseudotriakis microdon) inhabits the depths of the oceans that range between 1,600-4,600 ft (500-1400 m). While this range has been defined over many observations, their sightings have been as deep as 6,200 ft (1,900 m). At such depths, the false catshark is close to continental and insular slopes.

What is a false catshark's habitat?

False catshark (Pseudotriakis microdon) is among the species that are top predators of the oceans. These ground sharks can be found in most oceans across the world. In the North America towards the western Atlantic, these sharks may be spotted near the coasts of the United States, Canada, and Cuba. In the northeast Atlantic ocean, you may spot them in the waters of Iceland or France. In addition to the Indian ocean, they may also be found in the Pacific ocean, frequently in the waters of Japan, New Zealand, Hawaiian islands among other countries. Their habitat is defined by their proximity to the seafloor near troughs, deepwater reefs, and seamounts.

Who do false catsharks live with?

False catshark, much like most species of sharks, is a solitary animal for the most part.

How long does a false catshark live?

Like other shark species, the expected life span of a false catshark is 20-30 years.

False catsharks have an internal method of fertilization. The gestation period for this shark is known to be in the range of 1-3 years. The depth in which these sharks live has made it difficult to study their mating behavior. What we do know is that false catshark has a viviparous mode of reproduction. It implies that the development of the embryos happens inside the body of the female shark. This shark also has a peculiar form of oophagy, wherein, the embryos consume their egg fragments and also use the yolk material to replenish their external yolk sacs. They have a small litter size of only about two pups.

Listed as a 'Least Concern' species by the IUCN (International Union of Conservation of Nature), the false catshark is in no imminent threat of extinction. Their low rate of reproduction paired with their overfishing are issues to keep in mind to maintain their population. There is no notable conservation initiative for this shark either.

False catshark is dark brown to grey in color. Their first long and low dorsal fin is a distinct physical feature they possess. Their short rounded snout, large mouth, narrow eyes, and 200 narrow teeth give them a frightening look.  Their eyes are disproportionately shaped or cat-shaped because of being much longer than their height. Their caudal fin lobe has a central notch close to its tip.

*Please note that this is a Small-spotted catshark, of the same species. If you have an image of a false catshark, please let us know at [email protected]

False catsharks have a ruthless and violent appearance. While their intimidating look is awe-inspiring, it is hard to look past their ferocity and label them 'cute'.

The communication ability of the false shark has not been studied yet.

How big is a false catshark?

False catshark is definitely among the bigger shark species. Their length is about 9.8 ft (3m) at their maturity, but even as newborns their length is between 3.9–4.9 ft (1-1.4 m).

How fast can a false catshark swim?

False catshark heavily relies on its ability to generate short bursts of high speed to catch its prey off guard. While, it is unquestionable that these sharks are adept swimmers, there is no definite estimate as to what their swimming speed really is. Sharks like the great white can reach speeds of about 36 mph (56 kph), which can serve as an estimate for the speed of the false catshark.

How much does a false catshark weigh?

The fact that the false catshark is a big fish is an understatement. These beasts of the ocean can weigh about 276 lb (125 kg).

The male and female false catshark has no unique names.

What would you call a baby false catshark?

Being on top of the food chains as carnivores, the false catsharks prey on a variety of aquatic life. Depending on their habitat, they may feed on bony fish. They use their large mouth to hunt bony fishes such as eels, grenadiers, and snake mackerel. Additionally, they may scavenge on frigate mackerel, pufferfishes, and needlefishes.

These sharks are apex predators that have evolved over millions of years to hunt their prey with lethal precision. Despite this reputation, sharks are very unlikely to attack humans.

False catsharks are born to live their lives in the vast depths of the ocean. Putting them in cramped, ill-equipped aquariums as pets is an unnecessary cruel act.

Apart from the very distinct name, false catshark, there are a few alternate names given to this animal such as Pseudotriakis microdon, sofa shark, dumb shark, and keel-dorsal shark.

The false catshark name has an intriguing history that relates to its taxonomical classification. Brito Capelo found the adult male specimen of the false catshark, which resembled the genus Triakis but without the nictitating membrane. Thus, he named the shark Pseudotriakis, which closely translates from Greek to "false catshark".

The behavior of the false catshark

False shark mating behavior has not been studied in much detail. This is because the length researchers have to go to be able to reach the depth at which these sharks live is resource-intensive. They are not aggressive towards humans but are ruthless to their predators.

Here at Kidadl, we have carefully created lots of interesting family-friendly animal facts for everyone to discover! For more relatable content, check out these requiem facts, and basking shark facts.

You can even occupy yourself at home by drawing one on our false catshark coloring pages.