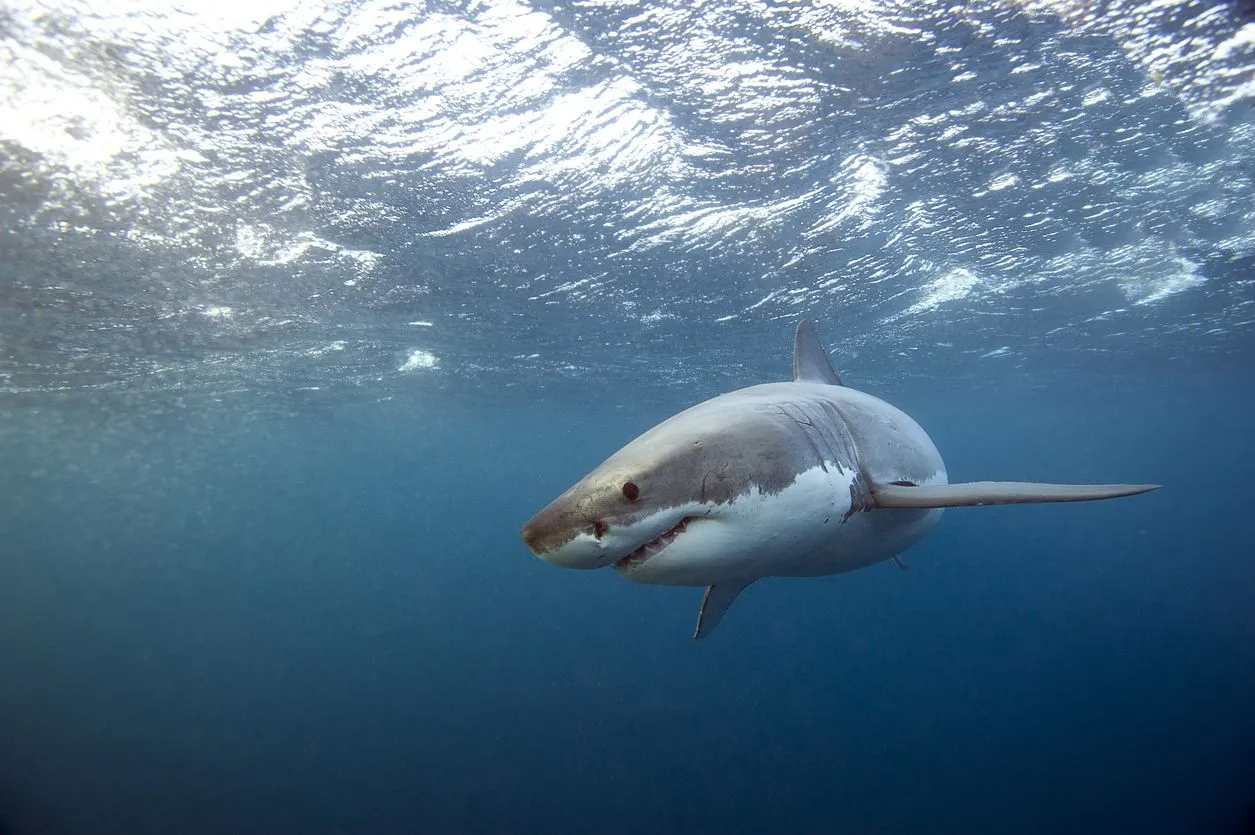 The great white shark, being on the top of the food chain, is the most recognized extant species in the genus Carcharodon. There are different ecological challenges, such as overfishing and poaching, that have resulted in a call for the international protection of great white sharks. Great white sharks have the habit of living in almost all of the coastal and offshore waters that have water temperatures with greater concentrations. Due to poaching and other human activities, the numbers of great whites have been steadily declining over the last few years, which is a great cause for concern.

After you are done reading facts about great white sharks, you may also read nurse shark facts and basking shark facts to know more about the water babies in our animal kingdom.

What type of animal is a great white shark?

What class of animal does a great white shark belong to?

Great white sharks, (with the scientific name Carcharodon carcharias), belong to the family of cartilaginous fishes. Great whites belong to this class as their body is made up of cartilage instead of bones like other fishes. The great shark is also known as the epipelagic fish, and is used in the presence of rich game. Great white sharks prey on marine mammals that are heavy in weight and weigh several hundred pounds. These apex predators prey on marine animals such as sea lions, seals, and other fish species. They have also been recorded to eat other small sharks, but this is not common at all.

How many great white sharks are there in the world?

Where does a great white shark live?

Great white sharks can be found in the oceans near New Zealand, Australia, Northern Japan, and Southern Africa. It all depends on their migration status.

What is a great white shark's habitat?

The great white's preferred habitat is temperate coastal waters that are highly productive. They also enjoy offshore waters, which are defined by the abundance of fishes and marine mammals that the sharks can eat. Keeping a great white shark in captivity is not really a good idea, there were trials that occurred in the 1970s but these failed.

Who do great white sharks live with?

How long does a great white shark live?

The great white shark lifespan is said to be of around 70 years or more depending on different factors, these can include environmental factors, surroundings, food and nutrition that is required by their bodies, and many other factors such as poaching and fishing that can cause their lifespan to decrease. They are one of the longest-lived cartilaginous fishes which are currently known to people.

There is no confirmed documentation on the mating of the male and female great white sharks but it is believed that it is similar to the fertilization of most other sharks. The male is known to insert its claspers into the cloaca origin of the female, and the reproduction is viviparous. When the mating begins, the male shark will mount a female shark, while either swimming beside or underneath. Scientists have found that female sharks can reproduce even without having sex. The offspring that is born does not have paternal DNA.

Great white's appearance is very cute. Great whites feel emotions and love as much as humans do. Great whites are usually solitary creatures and are not friendly in nature.

How big is a great white shark?

How fast can a great white shark swim?

How much does a great white shark weigh?

What would you call a baby great white shark?

A baby white great shark is called a pup. Great whites are fairly large in size and are 60 in (5 ft) long when they are born. Female great white sharks, the mother of the pups, don’t care for the pup after they are born and sometimes even end up eating them.

Great white sharks are very curious in nature and often poke their head out of the water just to see what is happening, which is a behavior called spy-hopping. Great whites are one of the few fish species that pay attention to what is happening outside the water. Therefore, it is easy for scientists across the world to identify these sharks as their fins are unique even without using tags.

You can easily draw a great white shark by making a giant oval shape, and then adding triangle shapes to act as the fins. Great whites have nearly 300 teeth, and each tooth is roughly 2 in (5 cm) in size.

How big is a great white shark's liver?

The great white shark’s liver is unusually large, and makes up 5-25 percent of their total body weight. It also takes up almost 90 percent of the space inside the body cavity. The liver is known to be the predator’s largest organ and is about 1,000 lb (453 kg). 90 percent of the liver’s weight comprises of liquid fat.

How high can a great white shark 'jump'?

Research shows the great white shark jumping up to 96-120 in (8-10 ft) above the water. Great whites are known to jump high out of the water because of the way their body is designed.

Here at Kidadl, we have carefully created lots of interesting family-friendly animal facts for everyone to discover! Learn more about some other fish including swai fish, or Caribbean reef shark.

You can even occupy yourself at home by drawing one of our great white shark coloring pages.