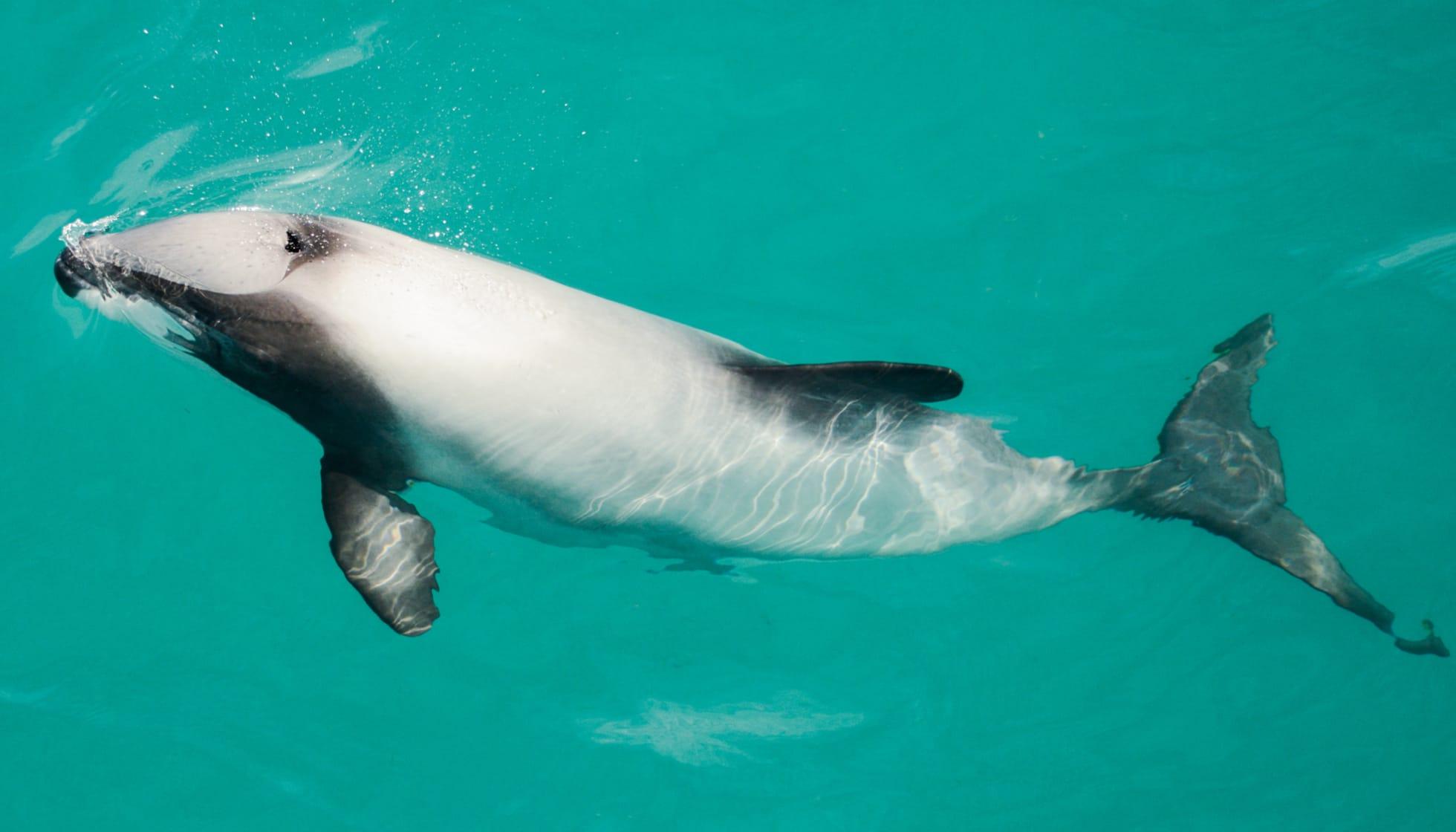 Dolphins are fascinating creatures, they are popular for being incredibly friendly and smart. Hector's dolphin (Cephalorhynchus hectori) is the smallest marine dolphin in the world. Hector's dolphins are endemic to New Zealand, and they have become extremely rare to spot due to the decrease in population.

Read on to find out more. You may also check out our fact files on Commerson's dolphin and the minke whale from Kidadl.

What type of animal is Hector's dolphin?

What class of animal does a Hector's dolphin belong to?

Hector's dolphins are aquatic mammals (cetaceans) belonging to the family Delphinidae, found exclusively in New Zealand. Other cetaceans are whales, dolphins, and porpoises. They live in waters, breathe air, and give birth to young ones. There are many subspecies of these marine mammals.

How many Hector's dolphins are there in the world?

The Hector's dolphin population is rapidly decreasing. According to the estimates of IUCN, the current number of adult individuals is 7,381. Diseases, fishing nets, and humans are the biggest threats to this endangered individuals species.

Where does Hector's dolphin live?

What is a Hector's dolphin's habitat?

New Zealand's Hector's dolphins subspecies are mainly found to inhabit shallow inshore waters range. The maximum range of depth a Hector's dolphin is found at is 330 ft (100 m). They seasonally migrate from inshore (spring and summer) to offshore (autumn and winter). They are very consistent with their feeding sites. The Hector's dolphin habitat is preferably murky, turbid water.

Who do Hector's dolphins live with?

South Island Hector's dolphins are very social animals and travel in groups of up to five dolphins. They tend to form groups based on age and sex. Though they forage and travel in groups, they do not get attached to each other. Three types of groups formed by Hector's dolphins are nursery groups, subadult groups, and mature male or female groups. Nursery groups of these marine mammals consist of up to seven mothers and their offspring.

How long does Hector's dolphin live?

Sexual behavior in this subspecies is observed in larger mixed groups than in small single-sex groups. Their sexual behavior involves gestures like presenting their abdomen or gonad and physical contact which leads to mating. Adult Hector's dolphin males have large testes which make up 2.9% of their total weight. The mating occurs in late spring. Their gestation period is 11 months. The female Hector's dolphin gives birth to one calf every one to three years. Throughout their lifespan, they give birth to up to seven calves.

According to the IUCN red list of threatened species, the conservation status of Hector's dolphins falls under the category of Endangered. The major threats faced by Hector's dolphins are the New Zealand fishing industry, seabed mining, pollution, and human impact. Diseases, fishing nets, and humans are the biggest threats to this Endangered sub-species' population. Hector's dolphins are endangered and highly protected. The Ministry of Fisheries, New Zealand, and the Department of Conservation (DOC) are responsible for a threat management plan for Hector's and Maui dolphins.

The Hector's dolphin is the smallest marine dolphin found in New Zealand. It has a blunt snout and a round black dorsal fin. It does not have a beak, like other dolphins. Hector's dolphins have a stocky streamlined body. They have a pale gray body with a black dorsal fin, flippers, and flukes. The throat and belly are off-white. A unique white stripe stretches from their belly onto each side below the dorsal fin. A black mark surrounds their eye and extends to the base of their flippers.

Dolphins are very adorable and playful species. Their round black dorsal fin is often compared to Mickey Mouse's ears. They are very intelligent and curious creatures.

Hector's dolphins communicate by echolocation. They produce high-frequency clicks but at a lower level than other dolphins. This is mainly due to their crowded habitat. The disadvantage is that they can spot their prey only as they get closer. This species, Hector's dolphin, has only a few types of clicks and audible sounds.

How big is Hector's dolphin?

How fast can Hector's dolphin swim?

How much does Hector's dolphin weigh?

A male and female dolphin is called a bull and a cow respectively. This name is not species-specific.

What would you call a baby Hector's dolphin?

A Hector's dolphin baby can be called a calf or an offspring.

Hector's dolphins live in inshore waters and feed on the prey available in the neritic zone. They feed on small-sized prey and avoids spiny ones. The common prey in the diet Hector's dolphins is red cod, squid, sardines, anchovy, and other schooling fish, flatfish, New Zealand sprat, arrow squid, and stargazer juveniles. Their inshore offshore movements are based on the movement of prey species. They play an important role in controlling the local fish population.

Dolphins are very friendly aquatic mammals and are harmless to humans. They are highly intelligent animals and often compared to dogs for their behavior towards humans. Hector's dolphins are very curious and are often found swimming very close to boats. They spend the majority of their tie feeding and playing. They are found very close to the shores.

Wild animals should not be kept as pets. Aquatic mammals are protected under the Marine Mammal Protection Act. It is illegal to keep any dolphins as pets, especially Critically Endangered ones like Hector's dolphins.

Hector's dolphins were named after Sir James Hector, former curator of the Colonial Museum, Wellington. The first species was examined by him.

Though they use echolocation for finding prey, they do not often use it for traveling, this leads to them getting stuck on gill nets and becoming bycatch. The Banks Peninsula marine mammal sanctuary in Canterbury, New Zealand was established in 1988 to reduce bycatch deaths of Hector’s dolphins in the region.

Maori tribes predict the weather by watching dolphins. Māori names for the Hector's dolphin are tutumairekurai and tupoupou.

Hector's dolphins are conscious sleepers. They never fall completely asleep and this helps control the required amount of oxygen intake. Otherwise, they could drown.

How do male and female Hector's dolphins differ in size?

What sounds do Hector's dolphins make?

Hector's dolphins make high-frequency clicks. Their mode of communication is by echolocation. They also use echolocation to search for food, terrain, and mates. The clicks hit the body or object and reflect, enabling the dolphin to identify the prey's location and surroundings. These clicks are also at times the Hector's dolphin expressing emotions.

Here at Kidadl, we have carefully created lots of interesting family-friendly animal facts for everyone to discover! Learn more about some other mammals from our false killer whale facts and grey seal facts pages.

You can even occupy yourself at home by coloring in one of our free printable hector's dolphin coloring pages.