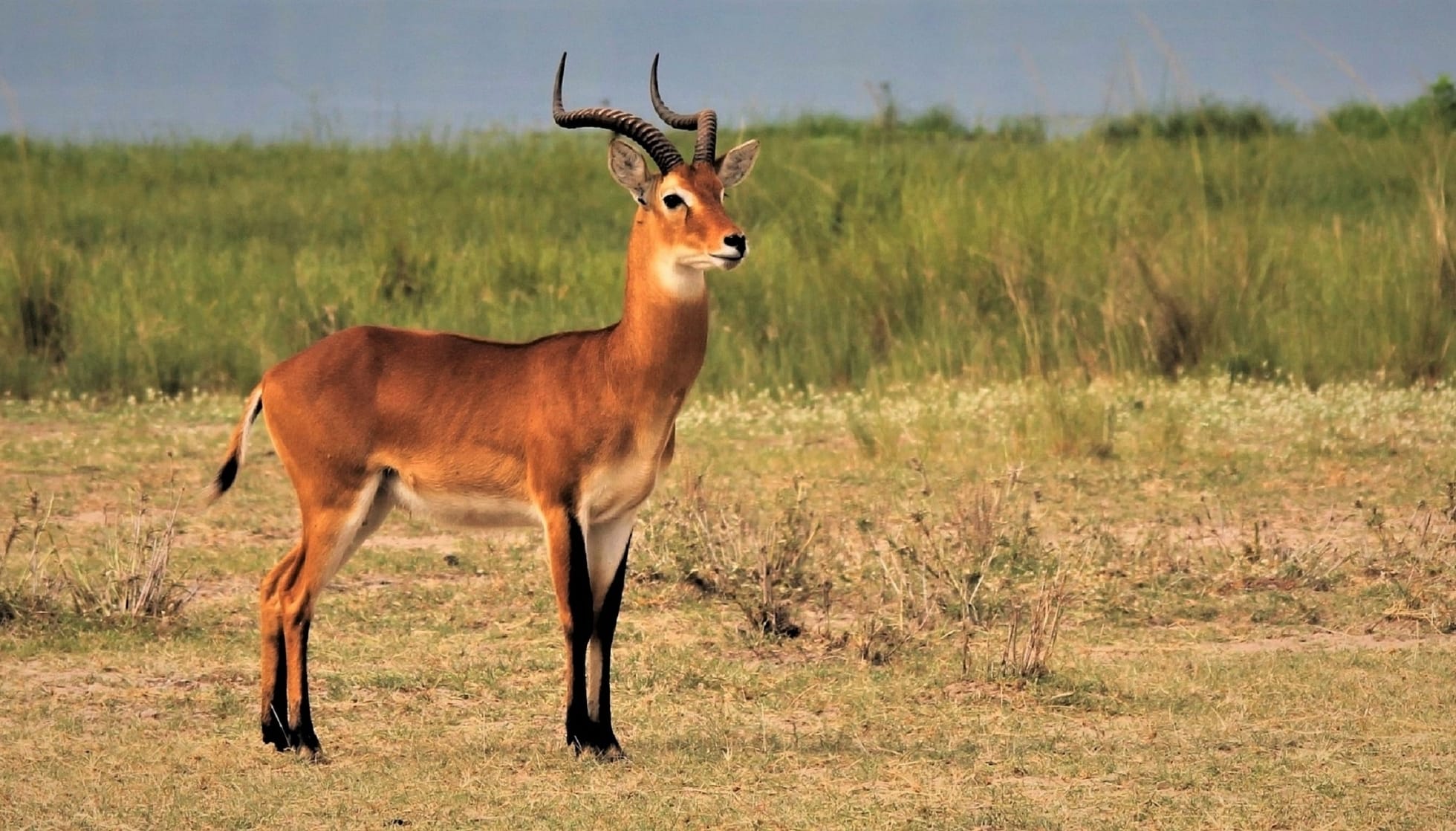 The kob is an animal belonging to the family Bovidae of animals. It comes from the kingdom of Animalia. It is a mammal, and hence it belongs to the class of Mammalia. The scientific name for the kob is Kobus kob. You can find the kob in the African regions, especially in East Africa.

The kob animal is mostly found in areas where there is a wetland. Therefore, they are found in the floodplains. They prefer an area that has a constant source of water for them. This is a very necessary condition for their survival because the kob has a diet of a herbivore. Due to this kind of diet, they feed on short grass. The kob usually moves in large herds. They do not prefer the hot season. Therefore, whenever they experience a hot season, the male kob and the female kob migrate to regions that are not so hot and are suitable for their survival. The male kob occupies some territories. The female kobs then follow these territorial males. The female does this for reproducing. The territories are occupied by the territorial males and are used by the female to breed.

Wet Areas Such As Floodplains And Savannas

What type of animal is a Kob?

A kob is an African antelope. It is said to be similar to impala.

What class of animal does a Kob belong to?

The class of the animals that kob belongs to is Mammalia.

How many Kobs are there in the world?

The population of kobs is not exactly known in its aggregate but surveys indicate that they are present in abundant numbers.

Where does a Kob live?

The species of kobs are found mainly in floodplains or savannas. They prefer living near water. A Kobus kob is found in various parts of Africa, including western Africa and East Africa. They can sometimes also be found in the regions of Central Africa. You can find the Ugandan kob, as the name suggests, near Uganda.

What is a Kob's habitat?

The kob prefers its habitat to be wetland like floodplains. They prefer places that have a source of water all the time. They are also found in savannas. The kob prefers wetlands because it feeds on grass. Living near water provides the kob with a permanent source of water. This permanent source provides the kob with a good quantity of food. Whenever kob witnesses a dry season, the male and female kobs both migrate in large herds to favorable areas.

Who do Kobs live with?

Kobs were earlier said to live in small herds of five to fifteen kobs. It was seen later that kobs now live in herds of 50 odd inhabitants with males and females living in separate herds. However, they migrate in very large herds consisting of both males and females. These migratory herds can consist of thousands of their species.

How long does a Kob live?

Kob is said to live for around 15-20 years, with the maximum lifespan being around 22 years in captivity.

Being a mammal, it is obvious that they do not lay eggs. Kobs reproduce by breeding. A male kob occupies some ground known as territories or leks. The females then go to those territories for breeding. This breeding is the main part of the process of reproduction. Breeding is a yearlong phenomenon for most subspecies of kob. Just like human beings, the females of kob also give birth to their baby after nine months.

Kobs have seen a decline in their population. The conservation status of this species needs to be taken care of. They are usually killed by human beings or some other animal like a lion or a wild dog. This leads to a decrease of their population. Another reason for the lower population of kobs is that humans occupy their spaces for their benefit. This leaves them with no land to survive on. It is said that the given conservation status of the kobs according to the International Union for the Conservation of Nature is Least Concern.

Kobs are reddish-brown in appearance, but this may not be true for every kob. Apart from the Ugandan kobs, the others may have different colors like white, or brown, or even black. The underside is white hair that is short and sleek. Kobs have a sweet long face and horns that go upward and backward rather than out to the sides. The females do not have horns.

The kob is sometimes described as cute and cool. Uganda kobs are said to be very cute, especially baby kobs.

A kob communicates using its sign language of gestures. They use tactile communication, that is, the use of body gestures to make someone understand what they want to convey.

How big is a Kob?

How fast can a Kob move?

The kob, especially the White Eared kob, can run at average to high speeds, especially at the time of migration.

How much does a Kob weigh?

There is no such name given to the males and females specifically.

What would you call a baby kob?

There is no such name given to the baby kobs. As kob is an African antelope, sometimes the baby of kob is called a calf.

Kobs have the diet of a herbivore. They eat grasses, especially short grass. They are therefore very dependent on water.

Yes, their behavior can be dangerous. This is the case with all wild animals as they can become aggressive.

As you can see that the kobs are large antelopes, hence they should remain in places far from the civilized areas. Keeping a kob as a pet can be very dangerous for your family, especially children. Also, it is illegal to own a kob as a pet in certain places in the world.

These kob antelopes are important to the people of Sudan. During the civil war of Sudan, it was thought that these might have been in danger. Many people believed that their entire wildlife population had been destroyed due to 25 years of civil war. However, once the civil war was over and a survey conducted, it was found that they survived those difficult times and grew in numbers. This kind of gave the whole of Sudan a hope of better times after the civil war.

Importance of the Kob antelope

Kobs are found in the African regions. There are various different types of kobs known in the world. The three most widely known types of those kobs are the Western kob, the Ugandan kob, and the White-Eared kob.

The Ugandan kob is reddish-brown. This makes it different from the other species of kobs. They are found near Uganda and in the Democratic Republic of Congo. They can also be seen in Sub-Saharan Africa. The White-Eared kobs are said to be found in South Sudan. They can also be seen in Southwest Ethiopia. They participate with other kobs during migration. Some of the White-Eared kobs can be even found near Uganda.

Here at Kidadl, we have carefully created lots of interesting family-friendly animal facts for everyone to discover! Learn more about some other mammals including anteater, or plains zebra.

You can even occupy yourself at home by drawing one on our Kob coloring pages.