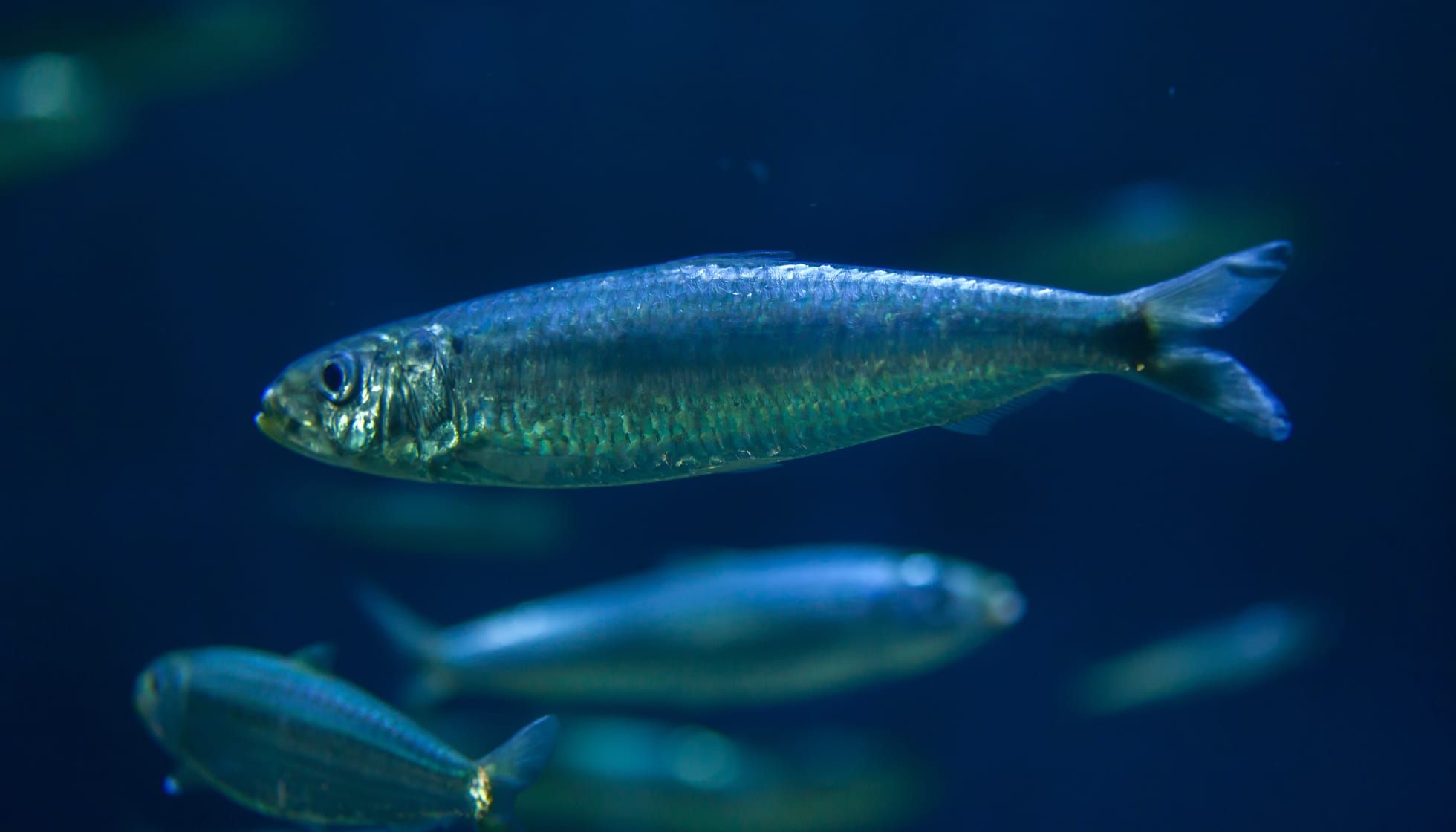 There are many kinds of pilchards (also known as sardines). 'Sardine' and 'pilchard' are both common names for the various thin, oily forage fish in the Clupeidae family. One of the most common pilchard fish is the European pilchard. The European pilchard (Sardina pilchardus) belongs to the genus Sardina and is a ray-finned fish.

The terms 'sardine' and 'pilchard' might get confusing as they are related and are often used interchangeably. The use of these words technically depends on the region or the size of the fish. Many species of small fish are known as sardines, but if they reach a length of more than 6 in (15 cm), they are known as pilchards. They can grow to be 10.8 in (27.5 cm) long and feed primarily on planktonic crustaceans.

These schooling species tend to flock together and act as though they are one. They also spawn in batches, laying 50,000–60,000 eggs per female. The etymology of pilchards goes back to the 15th century and their history as European canned food can be traced to the beginning of the 18 century.

You can also visit our articles on anchovies and tang fish.

The Atlantic Ocean And The Mediterranean Sea

What type of animal is a pilchard?

Pilchards are a type of fish. They belong to the Clupeidae family.

What class of animal does a pilchard belong to?

The pilchard (Sardina pilchardus) belongs to the Actinopterygii class of animals.

How many pilchards are there in the world?

The exact population of pilchards is unknown. However, as per a recent survey, the population of sardines is estimated to be 64,422 metric tonnes.

Where does a pilchard live?

Pilchards can be found in the Atlantic Ocean's northeastern reaches, the Mediterranean Sea, and the Black Sea. Its range includes Iceland, the southern part of Norway, Sweden, and Senegal in West Africa. This fish is widespread on both the western side of the Mediterranean Sea and the Adriatic Sea.

What is a pilchard's habitat?

Who do pilchards live with?

The pilchard is part of a schooling species. They move in large groups (schools) consisting of hundreds of fish. They tend to act as though they are a single entity.

How long does a pilchard live?

The lifespan of a pilchard varies from 15 to 25 years.

Each year sardines make long migrations and breed many times along the way. Broadcast spawning is the method used by these fish for reproduction. This method involves several hundred thousand sperms and eggs being released into the water by multiple individuals at the same time. This approach raises the probability of eggs being fertilized, as well as improving the population's genetic diversity. Throughout a long breeding cycle, several batches of eggs totaling 50,000 to 60,000 are produced. Around the young age of a year, most juveniles reach sexual maturity. They reach maximum maturity at about eight years of age when they are around 8.3 in (21 cm) tall.

This fish has a brilliant silver body that is almost cylindrical and has a rounded belly. A pattern of dark spots is present along the upper flanks of this species' body.

A pilchard (or a sardine) looks quite cute, especially a sardine owing to its smaller size. This cuteness can be attributed to their slender bodies and eye-catching colors.

Sardines and pilchards have excellent listening abilities. Their sounds are used for communicating among different fish, allowing them to come together in the dark and keep in touch at all times. Sardines and pilchards can detect sounds that are higher in pitch than any other species and the noises made by sardines are inaudible to most aquatic predators.

How big is a pilchard?

How fast can a pilchard swim?

How much does a pilchard weigh?

There are no specific names for male and female pilchards.

What would you call a baby pilchard?

Their main food source is zooplankton and phytoplankton.

They are not dangerous, as is evident from their size and food preferences. In fact, they occupy a low position on the marine food chain.

No, these fish are not commonly kept as pets. In fact, they are mainly consumed by humans and animals as a vital food source.

Sardines and pilchards are caught in purse seines (large nets) and other encircling nets.

Sardine oil is also very useful, and its main use is related to the manufacturing of paint, varnish, and linoleum.

The etymology of the word sardine can be traced back to the 15th century. It is a loaned word from French, the word 'sardine', which in turn was derived from the Latin word 'Sardina'.

Wondering where to fish for pilchards? During cooler temperatures, they can be found at the shores.

Sardina pilchardus, also known as sardines or pilchard, is the Latin name for the same fish. They belong to the Clupeidae family of small oily fish and are similar to herring fish. Sardines got their name from the island of Sardinia, where they used to be plentiful. Sardines are smaller fish, while pilchards are bigger, older fish.

Here at Kidadl, we have carefully created lots of interesting family-friendly animal facts for everyone to discover! Learn more about some other fish, including chum salmon or ladyfish.

You can even occupy yourself at home by drawing one on our pilchard coloring pages.