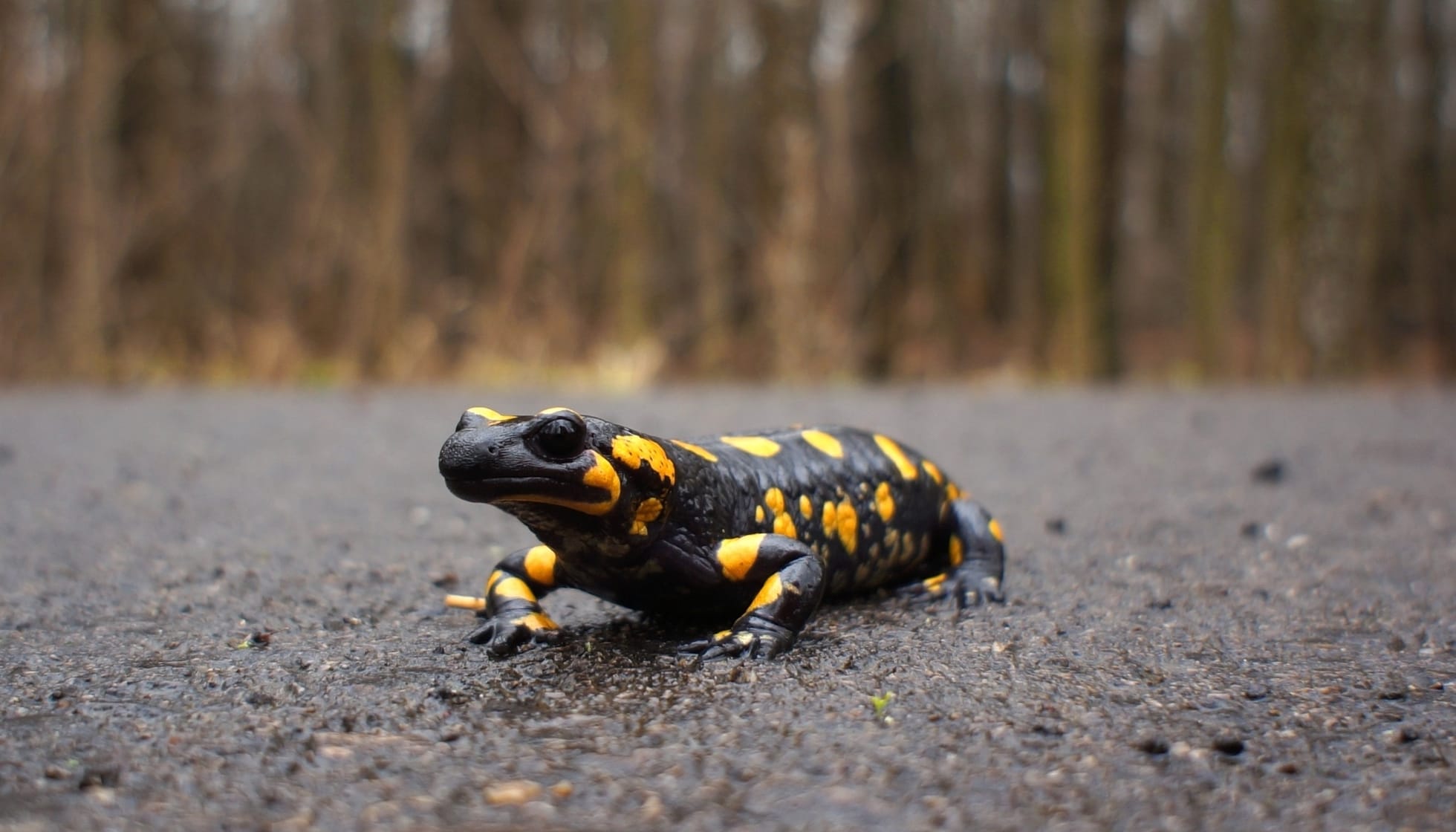 If you love reading about the Red-cheeked salamanders, we are sure you'll find our animal facts about  Barton Springs salamander and dwarf salamander captivating!

The Appalachian Mountains From Virginia To Northern Georgia And South Carolina

What type of animal is a Red-cheeked Salamander?

The Red Cheeked Salamander, Plethodon jordani, is a salamander species belonging to the family Plethodontidae that are lungless. It is one of the 655 species of salamanders in the world. They a terrestrial species that range in size from 3.5-7.5 in (8.8-18.4cm). They have a complex breathing mechanism as they are lungless. These salamanders breathe through their body and depend upon external temperatures for respiration. This is the reason why they have to inhabit moist environments. Their skin is very slimy.

What class of animal does a Red-cheeked Salamander belong to?

The Red Cheeked Salamander, Plethodon jordani, is a member of the class Amphibia. These species, are cold-blooded and require outside temperatures to maintain and control their own body temperature.

How many Red-cheeked Salamanders are there in the world?

The estimated population size of the Red-cheeked salamander is unknown. However, we do know that this species' population is stable. The problem is that its range of residence is below 1900 sq mi (5000 sq km).

Where does a Red-cheeked Salamander live?

What is a Red-cheeked Salamander's habitat?

The Red-cheeked salamander, Plethodon jordani, inhabits moist and cool forests. Jordan's salamanders prefer habitats that have significant yearly precipitation, ranging from deep mountain valleys to ridgelines. They are observed in the southern regions of their range of locations at low elevations. They typically stay underground. They can be spotted on the forest floor at night time looking for food. The grounds of forests it inhabits have a thick layer of moss and are residence for a large number of this species During the daytime, they can be spotted beneath rocks as well as logs. Their home range is approximately 120 sq ft (11 sq m). This species can be commonly found in red spruce (plant) forests as well as Fraser fir forests. It can also be found at the high altitudes of the Great Smoky Mountains Park.

Who do Red-cheeked Salamanders live with?

It is not known with whom these salamanders species live, however, closely related, lungless species populations gather around in clusters of the same kind of salamanders if the moisture or area is less.

How long does a Red-cheeked Salamander live?

The average life expectancy of the Red-Cheeked salamander, Plethodon jordani,  is 9.8-10 years.

Their breeding starts in early summer or late spring. The males emanate pheromones to attract females as part of courtship rituals. The male does a lot of rocky movements. The male also pokes the female with his mouth. The female reciprocates by doing some head movements. Not much is known about their reproduction as a nest has never been found. However, it is assumed that they lay their eggs in underground cavities. The females guard the eggs until they hatch. The hatchlings of Jordan's salamanders do not pass an aquatic larval stage. Upon hatching, these juvenile salamanders look like tiny adults without having a larval stage.

The conservation status of the Red-Cheeked salamander, Plethodon jordani, is Near Threatened as per the IUCN's Red List of Endangered Species. Their populations in the western region of North Carolina have faced a decline over time. Some harvesting techniques are causing harm to their natural habitat, the forest. This species doesn't provide humans with any known ecological benefit nor do they cause any type of harm.

Jordan's salamanders range in size from 3.5-7.5 in (8.8-18.4 cm), with the longest yet seen being 7.5 in (18.4 cm). Their body is gray or black, with red limbs or red cheek patches. The cheek patches are the eye-catching characteristic of this salamander. Salamanders that inhabit the southern Appalachian Mountains have red-colored limbs, whereas those from North Carolina and Tennessee have red limbs as well as red cheek patches. They are solid gray or black in other areas. There are coastal grooves, which generally number 16. They are shorter as well as slimmer if compared to the slimy salamanders. The white marks are also absent.

The Red-cheeked salamander is a cute tiny creature. Their red check patches make them look adorable as it seems like they are blushing. These species, Plethodon jordani, like most amphibians and reptiles, are cold-blooded and require outside temperatures to regulate their own body's temperature. This results in them having slimy skin. It is best not to handle them with your own hands as their defense mechanism can kick in, giving you a painful bite or a toxic mucus, making you forget all the cuteness in their appearance.

This species, P. jordani, communicates by emanating pheromones. These pheromones are an important tactic in attracting a mate during the mating period. During the breeding season, they also perform courtship displays and movements to attract females.

How big is a Red-cheeked Salamander?

How fast can a Red-cheeked Salamander move?

Their speed is not yet known. However, P. jordani dwells in the mountains and is highly terrestrial.

How much does a Red-cheeked Salamander weigh?

The male and female Jordan's salamander has no particular name as per its gender.

What would you call a baby Red-cheeked Salamander?

A baby red-cheeked salamander after it hatches is known as a hatchling.

The diet of this salamander (Plethodon jordani) includes moths, spiders, beetles, flies, snails, insect larvae, and aphids. They search for prey on the forest floor. The major predators of this salamander include large birds, spring salamander,  and the blackbelly salamander. They hide under the forest floor while the predator is in search of prey. When the salamander is under attack, as a defense mechanism, it twists its tail in the direction of the predator and emanates toxic and sticky mucus. This brave salamander sometimes bites the snake's head or sometimes it loops its tail around the head of the predator. Another defense mechanism is shedding their tail (they can shed their tail easily) which provides food for the predator while the salamander escapes.

These species, like most amphibians and reptiles, are cold-blooded. They are poisonous to animals as the mucus they release to scare away predators is toxic.

There are no known instances of these mountain-dwelling salamanders being kept as pets. However, as these species have a Near Threatened status, it is better not to keep them as pets, as it could add to the cause of the diminishing population.

During the breeding season, the males behave in a complex way. They pretend to be females by mimicking the movements and actions of females, to waste the time of other males for their own amusement!

The Red-cheeked salamander plush toy is a widely loved cuddling toy for kids.

Yes, if the salamander is attacked, it can bite. They pose no threat to humans though. We suggest you do not go near them or try to touch them.

Yes, these black-colored salamanders are very slimy. They also emit slimy secretion to scare away predators

Here at Kidadl, we have carefully created lots of interesting family-friendly animal facts for everyone to discover! Learn more about some other amphibians from our yellow-spotted salamander facts and arboreal salamander fun facts pages.

You can even occupy yourself at home by coloring in one of our free printable red cheeked salamander coloring pages.