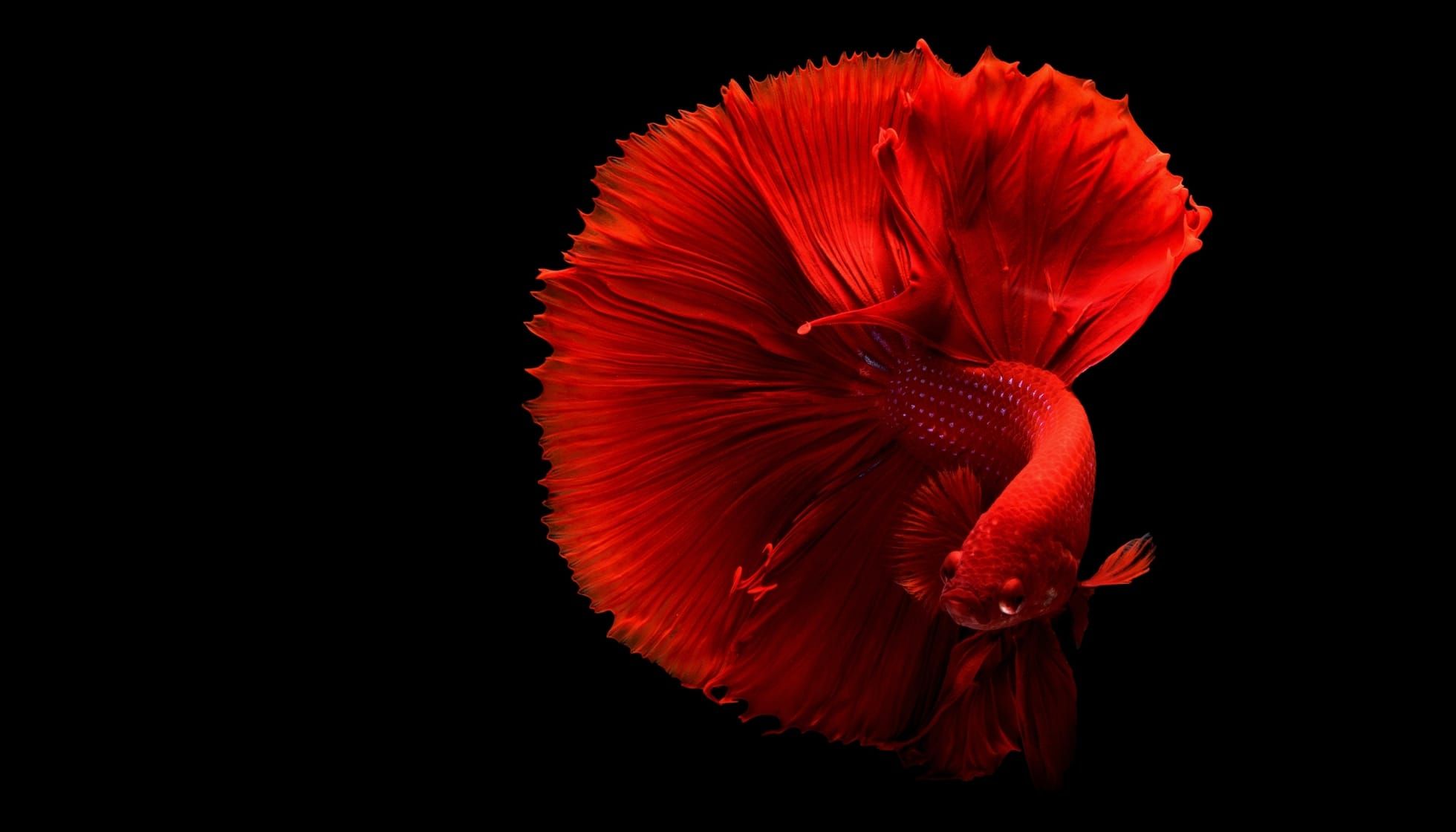 Siamese fighting fish, or as the scientific name goes the Betta splendens also known as Pla kat in Thailand, are true to their name. How? Well, the bettas are quite aggressive and can fight when kept with other fish. Originally, these fish are tropical beings and can also be found in areas where the water temperature is around 80 F (26.7 C). Over 150 years ago, the bettas were mainly found in the Asian rice paddies and the people there started to keep them as house pets.

Today, a betta can cost around $4-20. The price might increase based on the different types of variants one wishes to buy. It is advised for a pet owner to shift a betta from the fishbowl after a year as the space in a fishbowl might end up becoming smaller and boresome for the fish as time passes by. The betta fish is the only kind of fish that can breathe the air above the water too. This is possible due to the labyrinth organ present in them that helps them breathe air naturally when the water has low oxygen levels. It is important to maintain the waters and keep a check on these low oxygen levels when one has bettas as pets.

Here's a fun fact: Bettas create a bubble nest and the male fish takes care of the eggs as the female betta might end up feeding on its own eggs. Quite interesting facts, aren't they? Check out swai fish and skate fish for more insightful facts about marine life.

What type of animal is a Siamese fighting fish?

Siamese fighting fish, or betta fish as is its part scientific name, is a freshwater living animal.

What class of animal does a Siamese fighting fish belong to?

Siamese fighting fish as the name suggests is a class of ray-finned fish found mainly in pet stores and with fish owners. It belongs to the Actinopterygii class.

How many Siamese fighting fish are there in the world?

There are 73 different types of betta splendens across the world although the exact number of these fish species in the world today is not available.

Where does a Siamese fighting fish live?

One can find the betta fish living in rice paddies, shallow water, and vegetated marshes where the water temperature is between 76-82 F (74.4-27.8 C). The bettas also live in a pet store or in fresh water if they are spotted in captivity.

What is a Siamese fighting fish's habitat?

Betta fish or Betta splendens are mainly spotted in Asian areas like Malaysia, Cambodia, Indonesia, Vietnam, Thailand, and Laos. They are dominant in the locations with slow-moving streams of southeast Asia.

Who do Siamese fighting fish live with?

Siamese fighting fish, as the name suggests, is quite aggressive when comes to living with some other species as a pet. Though a male betta and a female betta can live together in one water tank, when it comes to two male bettas living together, they would end up in many fights. A few species that can live with a betta fish in harmony are the African dwarf frog, corydoras, and the different types of tetra fish.

How long does a Siamese fighting fish live?

The wild bettas when found in captivity live for three to five years on average. Although in rare cases with a bigger water fish tank and proper diet for the bettas, and the right care a Siamese fighting fish's lifespan might go up to 8-10 years.

The male and female bettas indulge in the act of spawning where the male betta wrap themselves around the female Siamese fighting fish until the female exhaust laying all the eggs. Usually, the eggs are laid in a cluster of 10-40 with one embrace. The process is quite interesting and might even seem romantic for the most part as male bettas flare their gills and flowing fins to attract the female and the female similarly darkens, flashing a few breeding bars on her body. The male creates bubble nests on the surface of the water and carries the drowning eggs to the bubble nest for the incubation process of 24-36 hours.

Wild betta, unlike the commercial and pet bettas today, looks a little dull and has small or very short fins. They are generally gray, brown, and green in color. Today this species goes under a selective breeding process so that their eggs hatch into beautiful-looking betta fish with flowing fins and a variety of colors ranging from exotic green, orange, red, blue, yellow, and many more such mixed colors. Betta fish species have a labyrinth organ that allows them to breathe air from the water's surface in the case of low oxygen levels in the water tank.

The veil tail, crown tail, and rose tail are few of the 73 species of betta fish that are considered to be the prettiest and cutest of the bettas. Though the wild ones who live in the wild areas of southeast Asia are small, the specially bred bettas always make it a point to be an attention grabber even when in a community tank.

Even though the Siamese fighting fish may not be able to talk in the human tongue, they sure can communicate with their behaviors and other activities like splashing in the water or free swimming in the water tank when they are too happy and excited. A few behaviors of the bettas also help in understanding what and how they are feeling, provided the owner pays attention to them.

How big is a Siamese Fighting Fish?

Betta species can grow anywhere between 2.4-3.1 in (6-8 cm), which makes them a maximum of 3 in (7.6 cm) depending on how big and flowing their fins are because they add on to their length. The wild betta as well as pet one can grow twice as big as the Harlequin rasbora, another small fish.

How fast can a Siamese fighting fish swim?

As the Siamese fighting fish is mainly observed in a tank or controlled environment, the details of how fast they swim are unavailable. Although the bettas can live in a small tank with just five gallons of water, this species would surely be happy to swirl and twirl in a tank as big as the one with 20 gal (75.7 l) of water because of their wild nature. The betta fish turn faster when trying to understand the outer surroundings and when excited to see new people. They move around faster when they see food.

How much does a Siamese fighting fish weigh?

Even though many male and female fish have different names, the betta fish species does not have a different name for the fish based on its gender.

What would you call a baby Siamese fighting fish?

After a female betta lays the eggs, these eggs are taken care of by the male fish as the eggs are incubated in the bubble nest. These eggs once hatched give birth to a tiny baby betta known as a fry.

The wild bettas are usually found in dirty or slow-stream water. Their wild diet thus focuses on small crustaceans, zooplankton, and insect larvae like mosquitoes. A betta fish's food can also include frozen blackworms, bloodworms, brine shrimp, or flakes and pellets too.

As the name fighting or fighter bettas suggests, they are quite territorial in nature. They can absolutely be dangerous for any other fish that is either bright or pretty and kept in the same tank or waters. Especially the male bettas cannot live with any other fish and when kept together would end up harming the other by biting the fins and fighting.

People have been keeping bettas as pets for 150 years due to their active nature and beauty. Because of their popularity and special breeding, their beautiful colors and patterns can be irresistible for pet lover.

Betta fish are regionally sensitive in nature, if someone happens to infiltrate their territory, it might trigger their aggression. Additionally, if anyone tries to play with their food this ends up triggering their aggression making them fight and bite the other fish or even a human finger at times if they deem it necessary.

Even though the bettas like being on their own, there are times the betta fish does get a little lonely, or they are more likely to get bored. This usually happens when they are kept in a tiny space or a plain tank. To avoid boredom, it is advised to have a few elements like fake or real plants and other structures that can help them in their active spree of hiding, as the act of swimming and hiding is what entertains them the most.

Is it good to keep fighter fish at home?

Siamese fighting fish tanks look pretty because of the bettas and their pretty vibe. Although they make up for a good home pet, it is important to keep the betta environment healthy for keeping it lively.

Does betta fish fight when kept with other fish? Well, that is surely not a myth. Being territorial species, they love to have their own space and would end up fighting with a goldfish or any other fish if kept in the same tank.

Here at Kidadl, we have carefully created lots of interesting family-friendly animal facts for everyone to discover! Learn more about some other fish including codfish and fluke fish.

You can even occupy yourself at home by drawing one on our Siamese Fighting coloring pages.