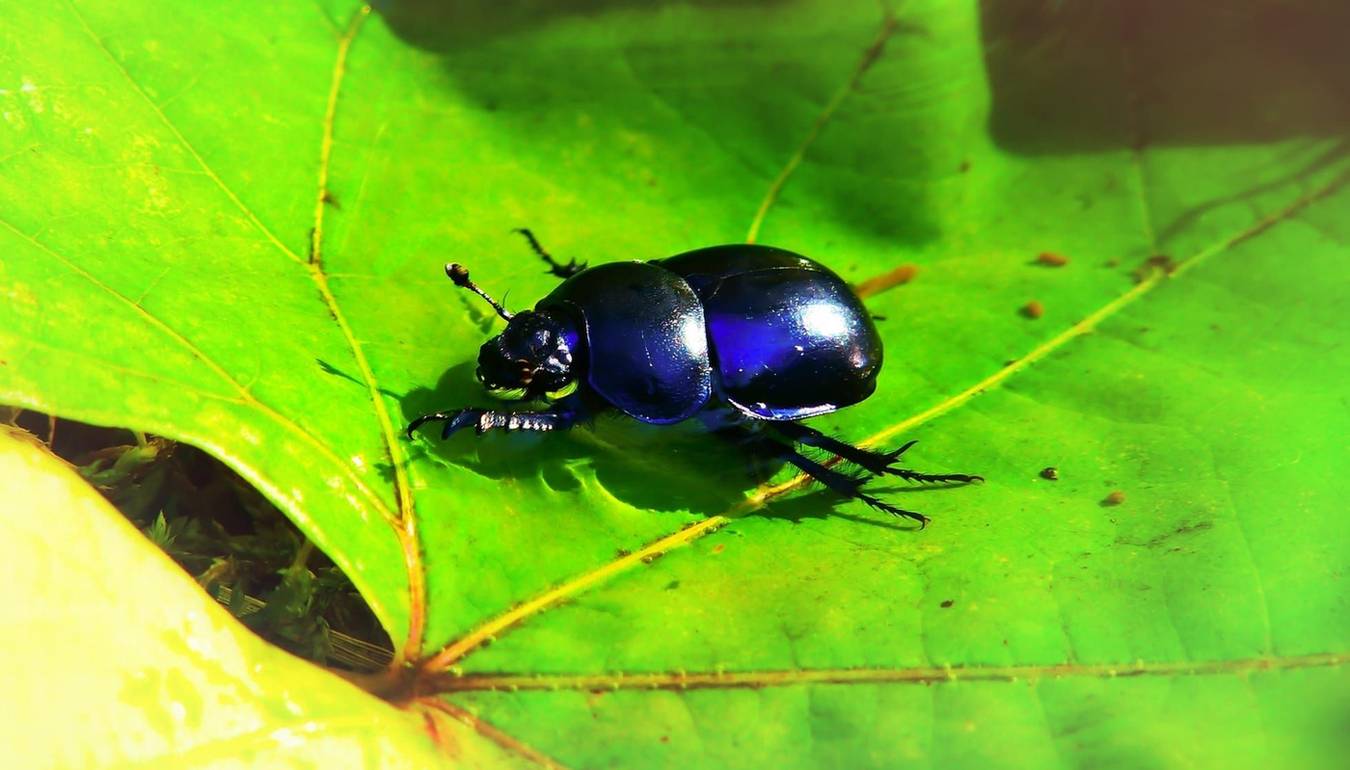 Water scavenger beetles with the scientific name (Hydrophilidae) belong to the harmless species of aquatic beetles. The gigantic dark-brow water beetle is the largest aquatic occurring beetle in the entire United States. These aquatic beetles are found crawling near water surfaces, large ponds, and wetlands. The larvae are predatory and feed on small crawling insects, water fish, and snails. In contrast, the adult whirligig beetles come to the surface less often for air; these adult beetles hold on to the air bubble under their hardened wing covers the body, and as such, can stay underwater for much longer. The adult water beetles scavenge upon dead aquatic plants.

Water beetles lay eggs in spring or early summers. The eggs go through three stages. Water beetles are usually small in size and are native to the United States' four states (Florida, Texas, California, and Arizona). They can fly as well as run with the help of their two hind legs. Water beetles are not classified as endangered species and are considered non-impactful to humans. One of the weird facts about water beetle is that some people keep them as pets.

What type of animal is a water beetle?

A water beetle is an aquatic insect.

What class of animal does a water beetle belong to?

Water beetle belongs to the class of arthropod.

How many water beetles are there in the world?

According to certain research conducted, it was estimated that about 2000 species of water beetles are found in the world.

Where does a water beetle live?

Most of the water beetles live in aquatic regions like large and deep ponds, wetlands, marshes, lakes, water surface, and slow-moving streams of water. Beetles in the larvae as well as in the adult state are found in the aquatic environment. They are also found hidden crawling in the mats of vegetation under the surface of the water. They are found in high humidity areas and live in marshy, shallow, and heavily weeded aquatic regions. They prefer to make their home in the soil rich in humus, underwater surfaces, decaying and rotting vegetation, and animal wastes.

What is a water beetle's habitat?

Water beetles are usually found in the high humidity regions of four states of the United States (Texas, California, Arizona, and Florida). They are usually found in underwater surfaces as well as marshy areas. Their usual habitat is near aquatic regions. They build their homes in rotting vegetation and shallow ponds. The adults one often called whirligig beetles are often found underwater.

Who do water beetles live with?

Water scavenger beetles often live with species of their own kind. They are found breeding with different small fishes, tadpoles, and other aquatic species. Aquatic beetles often scavenge on these small fishes and tadpoles in their larvae stage, and in their adult state, they scavenge on the dead aquatic plants. So in order to thrive, they co-exist with the different aquatic species.

How long does a water beetle live?

Some water scavenger beetles live up to two or three years as adults.

A water scavenger beetle will mate and lay eggs. The giant water beetle will reproduce in spring or the early summers. The female beetles lay their pale brown eggs in the aquatic vegetation. The egg will then undergo the different stages to finally transform into a giant 1.5 in (40 mm) water beetle.

The water beetles are not considered endangered and are also considered to be non-impactful to humans. Still, they seem to come under threat of extinction due to habitat loss, climate change, pesticides, and impoundment.

Aquatic beetles are usually shiny, dark brown, or grayish in color. They are small in size, not too big, up to 1.5 in (40 mm). They look a lot like the oriental cockroaches, which are native to Africa but are not the same. They also have short, hairy antennae.

Whether they are cute or not is subjective, but some kids do find them cute enough to keep them as pets. This is, in fact, quite popular in America.

How big is a water beetle?

How fast can a water beetle run?

How much does a water beetle weigh?

Male and female Hydrophilidae do not have any specific names.

What would you call a baby water beetle?

When they strike, they'll inject venomous digestive saliva. Their bite is excruciating but is of no medical significance and is actually not a bite but just an injection of poison with their legs.

Yes, they make a good pet as long as one provides the beetle its basic environmental needs.

How water beetles have adapted to their habitat

The water beetles have flattened and long hind legs and a wide shiny flat body which helps them in floating and swimming underwater. They carry an air bubble underneath their abdomen and wings which is called the elytra cavity. This air bubble provides them with an adequate air supply while floating and swimming underwater and prevents the water from getting to their spiracles.

Water beetles can also fly and move with the help of their two hind legs. They can run and can cover a distance of 8 ft (2.5 m) in one second. They can fly from pond to pond and are capable of colonizing new locations. They make use of the light reflections from the waterbody surfaces to detect their new habitat.

Here at Kidadl, we have carefully created lots of interesting family-friendly animal facts for everyone to discover! Learn more about some other arthropods, including Atlas beetle or fungus beetle.

You can even occupy yourself at home by drawing one on our cute ladybug coloring pages.