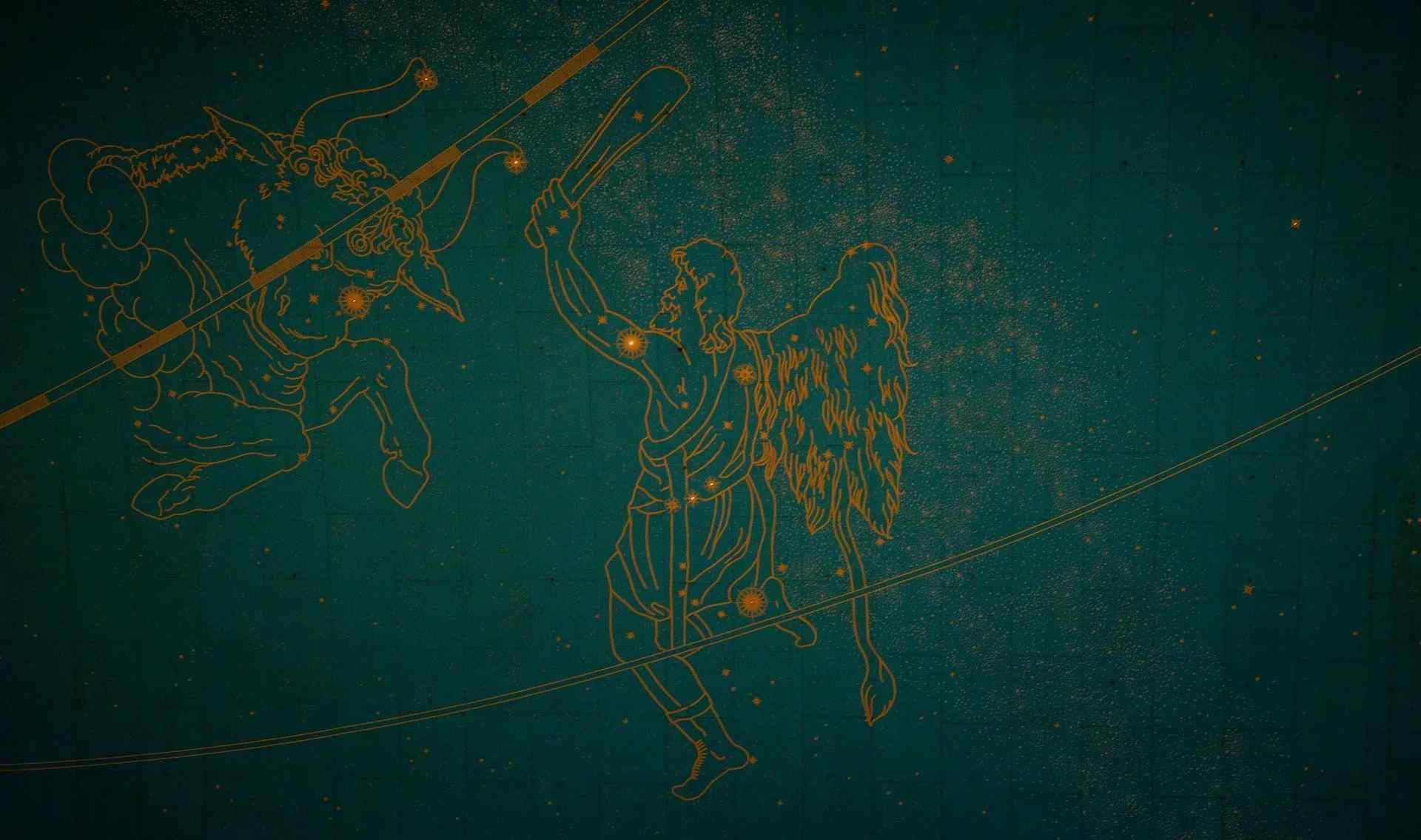 The hour-glass shaped constellation in the sky is called Orion.

The Orion constellation is also called the hunter constellation according to Greek mythology. It is likely that most people have seen this constellation in the dark night sky and it is located right on the celestial equator. This constellation has so many stars that it is frequently used in star maps. This is a method when a bright astronomical object, like luminous stars, Orion nebula, and other open star clusters are used to check direction.

The Orion constellation has been very useful for people traveling at sea. Sailors have used the constellation Orion for thousands of years to locate east and west. Sailors use the north star to locate north. This means that even if sailors do not have a map, they are able to navigate and minimise the possibility of getting lost at sea. Sailors sometimes do not see land for days, so using the natural map in the night sky helps to find your path at night.

Kids can see the Orion constellation and learn all about stars. This is one constellation that everyone can spot in the night sky, especially when you know what you are looking for. It is best seen in the winter season on a clear night sky. You can learn about the difference between stars and planets, increasing your knowledge about space and science. There are many interesting things to learn about new stars and also how they die.

If you enjoyed this article, why not also read about these Sagittarius constellation facts or learn about meteoroids here on Kidadl?

Where is the Orion constellation?

In comparison to the size of various other constellations in the sky, the Orion constellation is the 26th largest.

The location of the Orion constellation is in the Northern Hemisphere, directly on the celestial equator. The visibility is between latitudes +85 and -75. The area occupied by the Prion constellation is a total of 594 sq degrees. You can see that the other neighboring constellations are Eridanus, Lepus, Taurus, Gemini, and Monoceros.

The other constellations in this family are Canis Major, Lepus, Canis minor, along with Monoceros. There are famous nebulae found in this constellation Orion. A total of seven bright stars and the Orion constellation is one of the brightest constellations. The four stars form a box-like shape and there are belt stars made by three stars. There is an open star cluster as well.

When you look for a star in the sky, you are sure to notice the Orion constellation. It is generally visible in the months of winter from November to February. When you see three bright stars, creating Orion's belt, you will see the whole of Orion. The stars Mintaka, Alnilam, and Alnitak come together to form the belt, the most recognisable feature of this constellation.

The right shoulder of the hunter shape is the Betelgeuse, the seventh brightest star. The left shoulder is named Bellatrix and is the third brightest star in the sky. The Orion's sword shape has been made by the stars like Hatsya, while the head of the Orion complex is the Meissa. The right knee of the constellation Orion is the Saiph, while the left knee is the Rigel.

How to identify the Orion constellation?

The brightest stars in the sky are included in the Orion complex and can be seen without needing a telescope. On a clear night, you can see the shape of the hunter.

Orion has been noted to be the largest constellation that we can see with our eyes without the help of a telescope. The shape is like that of a warrior according to Greek mythology.

The typical hourglass shape as well as three bright stars creating a belt shape, can be seen well in the dark night sky. It is interesting to know that there are dark dust clouds too in the star system. These give out ultraviolet light and light of longer wavelengths.

A total of 81 stars can be counted in this system. The brightest star Rigel is included in this Orion constellation.

There are a total of 10 stars in the Orion that have been officially named.

The Orionids and the Chi Orionids are two meteor showers included in Orion. The meteor shower is the brightest around October 21 every year. There are also possible sites of the formation of young stars called nebulas. This is not a star. When deep-sky objects are included like nebulae in the system then the whole is called an Orion complex. The whole complex is at a distance of 1500 light-years away.

Constellation Orion is in the shape of a hunter. It is very bright and cannot be missed on a clear night.

The hunter is supposed to be holding a sword and has a belt. Three stars combine in a line to form a triple star system belt. Interestingly, there are two hunting dogs called Canis Minor and Canis Major. Orion is actually a famous multiple star system.

You can spot this massive star formation well as the giant star in our solar system. There is also the presence of a blue supergiant star in the night sky. The two brightest stars in this constellation that you can never miss are Rigel and Betelgeuse.

At times in Greek mythology, it has been said that the hunter in Orion is fighting a bull, the Taurus constellation. However, it is tough to notice Taurus without a telescope. Orion's belt is made by the aligning of Alnilam, Alnitak, and Mintaka. The star in the middle of Orion's sword is a nebula called the Orion nebula. All these can be well noticed on a clear night sky.

What is special about the Orion Constellation?

The most special thing about the constellation Orion is that you do not have to be an astrologer or scientist to see Orion in the night sky.

You can see this constellation without the help of a telescope. It has some of the brightest stars in the sky. The location is +85 to -75 latitude, directly over the celestial equator. This constellation can be seen in the clearest winter skies in the Northern Hemisphere, while in the summers for people who live in the Southern hemisphere.

Orion gets its name from Greek mythology, and it has been called the hunter. There are many mysterious stories about the origin of Orion, such as once a son of a poor shepherd Hyrieus became Orion.

The Orion molecular cloud cluster and massive star can be seen through the Hubble Space Telescope. When you gaze at this star in the sky, you can also see the surrounding nebula. The names of these nebulas are Flame nebula and emission nebula that you can see through this telescope on a dark night.

Orion is the place where new stars are born in our own Milky Way galaxy. This is the nearest site where this activity takes place that astrologers have been able to see. Orion nebula is one of the most interesting and fascinating parts of our galaxy. Scientists have been trying to find out as much as they can about this constellation.

When Greek astronomer Ptolemy was doing a deep survey of space, he was attracted to faint objects that were there. He was able to find as many as 48 constellations. One of these was Orion. The most interesting element that he came across was the Orion Nebula. It was officially discovered in 1610 on November 26. This nebula is a place for new born stars as well as dwarf stars. Orion Nebula holds great importance and is a place where lots of new scientific discoveries could be possible.

Also, if you want to be a sailor, or enjoy sailing, then learning about Orion and its location in the sky can be very helpful. The Orion constellation helps sailors decide on the direction they need to sail. The stars help writers determine east and west. Whenever a sailor get lost at sea, they are able to find a way at night with the help of stars in the sky.

Here at Kidadl, we have carefully created lots of interesting family-friendly facts for everyone to enjoy! If you liked reading these fascinating Orion constellation facts then why not take a look at these lightning bolt facts that will completely shock you , or facts about Bolton town in England: here's what you need to know!