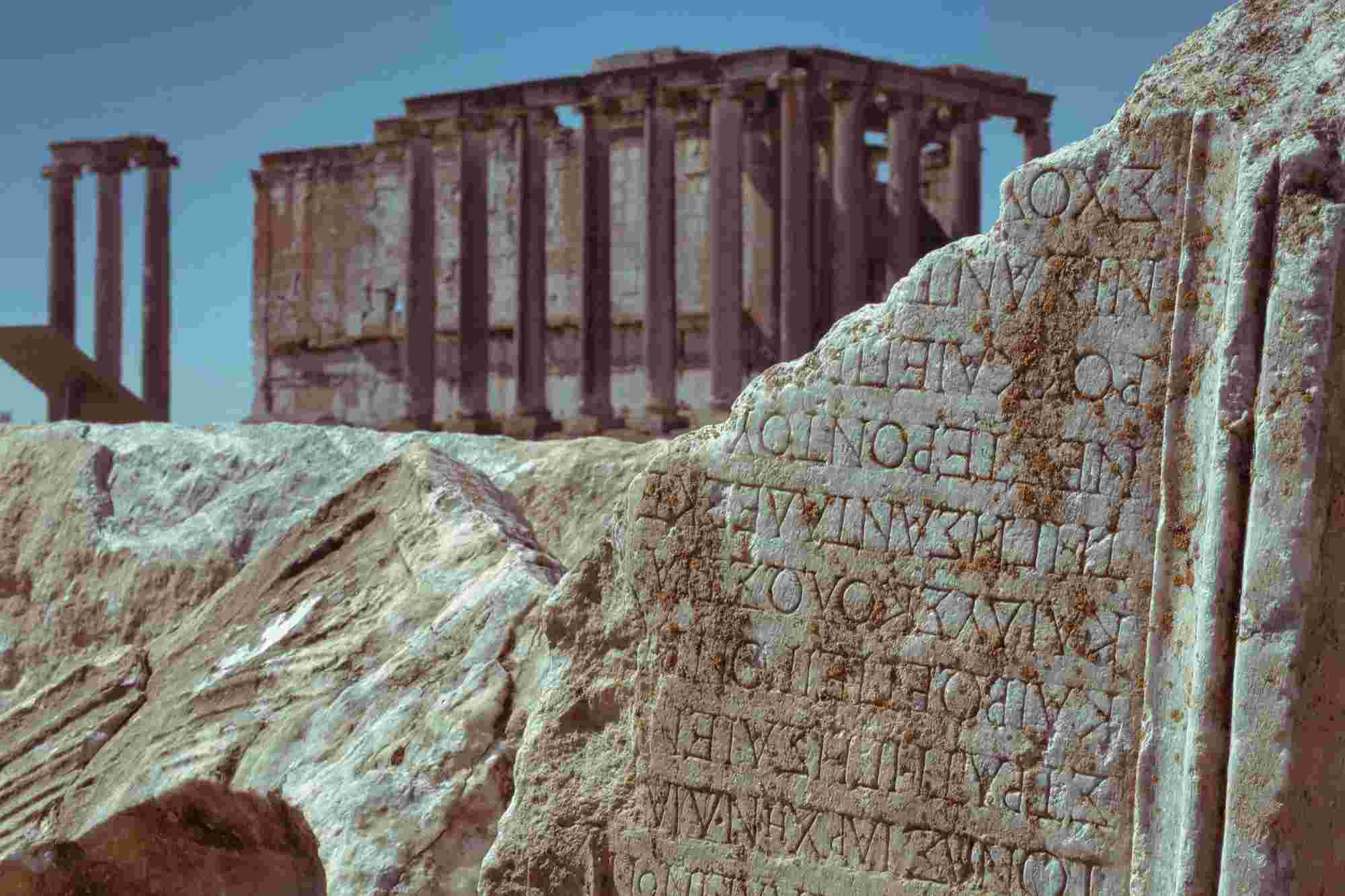 The Battle of Salamis was fought between the Achaemenid Empire of Persia and an alliance of Greek mainland city-states, where the Greeks were the victorious allies.

It was a naval battle that took place in the month of September 480 BC. It was fought in the straits between the Salamis and the mainland and was a part of the Persian-Greco Wars.

Although heavily outnumbered, the Athenian general, Themistocles, persuaded the Greek Allies to join in so that the Persian fleet would come to the battle again. The king of Persia, Xerxes, was anxious for this decisive battle. The straits of Salamis were entered by the Persian Navy, which later tried to block the entrances with more than a single ship. The environment of those narrow straits was very cramped as the Persian advance approached with a huge invasion force and a lot of soldiers, which created an active hindrance to their navy; their ships struggled to organize themselves well. This gave the Greek allied fleet an opportunity to form defensive battle lines with the allied ships along the small island and achieve a victory.

They sank and captured over 200 Persian ships, and the Greeks won. After this battle, Xerxes retreated to Asia minor with the rest of the army. He left Mardonius to have a land battle and finish the conquest of Greece. Even after this, the position of Persia was still very strong and rigid, they still managed to control a huge part of Greece, and the land army of Persia was still intact. After many political negotiations and rounds of diplomatic talks, it became evident that Persians wouldn't be able to achieve a victory of any kind on the land of Greece through diplomacy. However, it was not just this battle incident that led to this; later that year, the remaining Persian Army lost in the Battle of Plataea, and in the Battle of Mycale, the Persian Navy lost. After these battles, the Persians never attempted to conquer the Greek mainland. According to ancient sources, the Battles of Salamis and Plataea marked a significant point in the Greco-Persian war in human history. Greek victory was the outcome of the combined efforts of the Greek cities and the Greek force along the border.

The exact details of this battle, according to some historians, are in contradiction to the sources of ancient history. Nonetheless, the first action of the war, presenting the most widely agreed upon components, was the desertion of two Ionian ships to the allied Greek ships. Themistocles had hoped for further such defections, maybe as a warning to the pro-Persian Greek state fleets, but none materialized. The Persians were assembling in the straits, shutting in the Greek navy, according to a ship from Tenos. The Persians maneuvered into position overnight in the hopes of surprising the enemy, but given the short distances and the noise created by the rowers, this approach seemed unlikely to succeed.

Do you want to read and get more insight into the battles of history? You can also read about the Battle of Gallipoli and Battle of France on our website.

After this war, the Greeks (Peloponnese) were safe from any further conquest, but the Persians suffered a huge blowout, especially to their morale and prestige. In the battle of Mycale and Plataea, the allies went on the counter-offensive. The victory of Greece gave an opportunity to Macedon to revolt against the Persian rule and the Aegean Islands. Because of this war, Ionia was finally able to get out of the control of the Delian League, the Athenian-dominated successor. Salamis was responsible for giving a start to the decisive swing toward Greek power, which reduced Persian power in the Aegean. Just like the battles of Thermopylae and Marathon, this battle also left a legendary mark in history, as the circumstances were highly odd and desperate. Many historians are also of the opinion that the Battle of Salamis is among the many significant battles in war history.

Who won the Battle of Salamis?

The Battle of Salamis took place in the straits of Salamis, between the Athenian port-city of Piraeus and the island of Salamis, during the Greco-Persian Wars. The Greek ships beat the far greater Persian fleet and even destroyed many Persian ships.

There were many consequences of the Battle of Salamis. Because of this war, the Persian ships lost the opportunity to cross the Isthmus of Corinth and get control over the Peloponnese region. Xerxes was concerned that the Greek fleet could use the victory to invade the Strait of Dardanelles, cutting it off from its supply routes, so he sent half of his army back to Persia, having left an army with General Mardonius in Hellas to defeat the Greeks. The Athenians reclaimed their city and were ready to fight the invaders in a decisive battle.

The Spartans traversed the Corinthian Isthmus and arrived in Attica, wherein they allied with the Athenians. Shortly later, at the Battle of Plataea (479 BC), an army made up of men from practically every Greek city won a decisive victory against the Persian army, killing Mardonius. At the Battle of Micala, a Greek fleet annihilated the rest of the Persian fleet around the same time. The Persian forces were forced to abandon the war and return to Asia as a result of these two defeats.

Facts about the Battle of Salamis

There is perhaps no more important conflict in the history of ancient Greek wars and battles than the Battle of Salamis. In 480 BC, an extraordinary naval war took place between a coalition of Greek city-states and the Persian Empire. It would be one of the Persian Wars' final clashes. The Greek triumph was a watershed moment in the war, putting an end to what had appeared to be an invincible Persian invasion.

Many historians consider the Battle of Salamis to be one of the most crucial battles in global history. The Greek triumph in the fight, as well as their success in the war, ensured that this ancient culture did not fall under the Persian Empire. Greeks could prosper as a result of the victory, and it led to Greece's golden age. Indeed, had the Greeks not survived the Persian Wars, world history might well have taken a very different path. The Athenian civilization would not have been able to thrive, and its enormous advances in democracy, literature, and science would not have been possible.

By striking the Greek fleet and beginning the Battle of Salamis, the Persians made a catastrophic error. It was not highly relevant, and by avoiding the battle, they may just have won the war.

King Xerxes, the Persian king, certain of victory, erected a golden throne on a ridge from which he could observe the conflict.

The city-state of Athens furnished the great majority of the ships in the Greek fleet.

The Greek city states are thought to have lost around 40 ships, whereas the Persians suffered a loss of around 200.

The Greek army devised a brilliant battle strategy that involved luring the much bigger Persian fleet into a limited region near Salamis. This would nullify the Persian advantage of having a larger fleet by preventing them from forming the appropriate battle formations.

Trireme ships, so named because of their three rows of oars, made up the Greek navy. These warships were the finest of their time, and they were the ideal weapon for combat situations. They were quick, maneuverable, and fitted with a metal tip for ramming and sinking opposing ships.

Themistocles, the Greek commander, was the last but not least of the Greek advantages. He chose the battleground and fought off other commanders' attempts to persuade him to retreat. He also persuaded the Persians to launch an ill-advised attack.

What caused the Battle of Salamis?

There were many causes as well as consequences of the Battle of Salamis.

The Persian ruler, Xerxes I, wanted to conquer the Greeks and the city-states and expand his empire across the Balkan peninsula. The Persian triumph at the Battle of Thermopylae allowed them to seize Attica and Boeotia as well as a sack and burn Athens. The Greeks did not give up and continued fighting for Hellas' independence and freedom.

Here at Kidadl, we have carefully created lots of interesting family-friendly facts for everyone to enjoy! If you liked learning Battle of Salamis facts, then why not take a look at our articles on the Battle of Jutland or the Battle of Chancellorsville?