15 Behind The Scenes Cast Away Facts That You Won't Believe 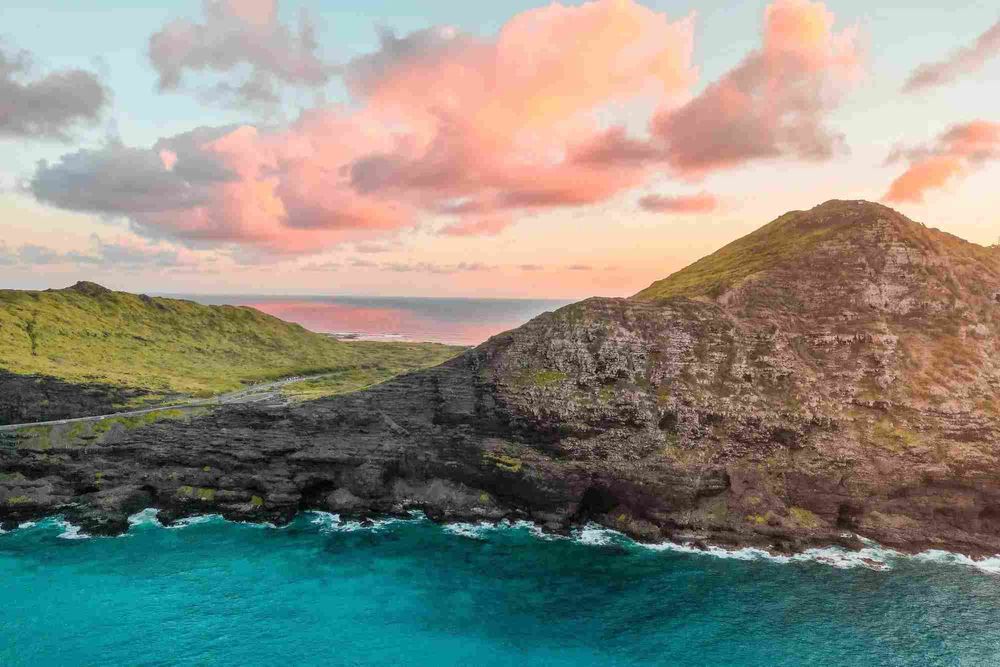 'Cast Away' is an American survival drama film starring Tom Hanks, Nick Searcy, and Helen Hunt both produced and directed by Robert Zemeckis.

With the genius filming cast including Tom Hanks, Nick Searcy, and Helen Hunt, Robert Zemeckis as the director, and William Broyles Jr. as the screenplay writer, the film was made to be extremely successful. It was said to have grossed around $429 million all around the world and was a box office hit against a budget of $90 million received and was critically appraised by critics who gave kudos to the script concept and Hank's performance.

It is easy to be a fan of a genius movie like 'Cast Away' because of how expressive and heartful it was in recording the trauma, dilemma, and levels of adjustment a person had to go through with the major changes in his life that took place on the desert island. Tom Hanks' outstanding acting as Chuck Noland earned him a nomination at the 73rd Academy Awards for the Best Actor in a Leading Role. William Broyles Jr. sure did a number on the screenplay because of how perfectly each frame and scene was placed. One of the most unique elements of this movie is that it barely has any musical score because the director and sound designer felt that it would take away the effect of the film. The ending scene is also considered to be one of the most notable scenes ever made. There is additionally a deleted scene as well where Tom Hanks, or Chuck Noland, opens the last package he had kept unopened to hold on to his sanity and reveals to the audience its contents. This scene was released post-production after the 'Cast Away' ending.

If you want to know more about such amazing and rarely known facts about this genius film, this article will provide you with plenty. Additionally, you can also check out other amazing and similar articles like Antonia Novello facts and Antonin Artaud facts.

'Cast Away' is an American survival drama film that records the survival and journey home of the main character Chuck Noland played by Tom Hanks, a troubleshooter in FedEx after he encounters a major plane crash.

Chuck gets stranded on an island that was uninhabited somewhere in the South Pacific. The story is entirely focused on how he survives, his attempts to learn how to live on a desert island, farm food, hunt, fish, and kill boredom with the iconic Wilson Volleyball which single-handedly became the most expressive inanimate object in the history of cinema. Finally, the movie records Chuck's journey homeward and miraculous escape from the isolated beach to civilization.

Is Cast Away a true story?

The makers of the film 'Cast Away' were heavily inspired by the story of the character Robinson Crusoe from the novel of the same name by Daniel Defoe.

What brought the idea into fruition was Tom Hanks' thoughts about what it would be like if there was a modern version of Defoe’s adventure classic. Hanks further informed 'The Hollywood Reporter' that a news article about FedEx had additionally inspired him as well. He went on to say that about three times a day, 747s filled with packages fly across the Pacific ocean and what gave birth to the plot of Cast Away was his question about what would happen if the plane went down. Akin to historical and adventure fiction, the makers of 'Cast Away' were influenced by the life and the struggles of real-life explorers. Defoe's 'Robinson Crusoe' was loosely based on the life and adventures of a Scottish adventurer named Alexander Selkirk who was also a castaway who had survived on a Pacific island for four whole years during the early 1700s and was finally rescued in the year 1709 by an English expedition amongst whom a man named Edward Cooke, had written about Selkirk in A Voyage to the South Sea, and Round the World. Other real-life castaways like Pedro Serrano, who was a Spanish sailor and Ada Blackjack who was also often referred to as the female counterpart of Robinson Crusoe were also influential in inspiring Tom Hanks to come up with the modern-day castaway named Chuck Noland.

The Cast Away cast who had put their blood, sweat, and tears into making this masterpiece consisted of Tom Hanks as the lead character-Chuck Noland, Helen Hunt as Kelly Frears-Chuck's girlfriend, and Nick Searcy as Stan who is a friend of Chuck.

Facts About Cast Away

It took an approximate number of six years to come up with the story concept with Hanks and director Robert Zemeckis along with a one-year gap in filming which Tom Hanks needed so that could lose 50 lb (22.6kg).

Robert Zemeckis had begun filming with Hanks in 1999 from the month of January to March. Since the movie primarily focuses on the survival of the protagonist, Chuck Noland who gets stranded on a deserted island, Tom Hanks had to lose about 50 lb (22.6 kg) or so in order to show the emaciated version of Chuck more realistically instead of having to use visual effects or resorting to camera tricks. Speaking of which, a great trick was used to film the night scenes which were shot during the daytime and the night sky effects were added in later. The filming of the movie was restarted in the month of April 2000 and had concluded in May that year. It was later released to the public on December 22, by DreamWorks Pictures internationally and 20th Century Fox in North America.

The film's minimal music score, however, was composed by Alan Silvestri which won him a Grammy Award in 2002. The directors decided to do away with any heavy background score because it would have nullified the realistic portrayal of the catastrophe that the protagonist went through. Zemeckis let the musical rhythm of nature do its work instead of a heavy orchestral background musical score.

It had become an overnight success and a box office hit, grossing $429 million all around the world against a budget of only $90 million. It singlehandedly became one of Tom Hanks' best films to date and had gained him several prestigious awards.

The film was so successful that the iconic Wilson volleyball company had released a volleyball design of Chuck Noland's handprint and smiley to honor the success of the film. Tom Hanks' outstanding performance and the script were critically appreciated and had garnered positive reviews from critics. It had even earned him a nomination at the 73rd Academy Awards for the position of Best Actor in a Leading Role. The film received positive reviews from critics praising the script and Hank's performance. An alarming fact about the film is that Tom Hanks had nearly died while filming after he got a cut and was infected with Staph.

The best thing about the film is that Wilson had even received the award at the sixth Annual Critic's Choice Awards for the Best Inanimate Object'. It became one of the most iconic symbols of survival in the history of cinema. Cast Away as a film is regarded as the magnum opus of Hanks' career and to this day has remained to be one of the best movies ever made to date.

The ending of the film, rather than focusing on Chuck's survival, primarily focuses on the outcome of his reunion with his loved ones, especially Kelly, his girlfriend who became the only reason why he wanted to survive. After he returns to urban life, he finds out that Kelly has moved on, remarried, and is a new mother and lets her go. In the end, he travels to Texas, to deliver the only unopened package with the pair of angel wings on it to Bettina Peterson. Seeing that nobody was home, he drops it at her doorstep with a note saying that it saved his life.

One of the major easter eggs in the film was the unopened package, also referred to as the angel box in the film. The main purpose of the package was to keep Chuck's sanity intact so as to not lose himself to the abysmal darkness of solitude and remind him of his life back at home. It kept fans wondering what was actually in the package. However, a deleted scene was released post-production of the film which actually revealed exactly what it contained; two jars of salsa and a letter pleading her husband to come back home.

Here at Kidadl, we have carefully created lots of interesting family-friendly facts for everyone to enjoy! If you liked our suggestions for Cast Away facts then why not take a look at Antoninus Pius facts, or Antonio Banderas facts.