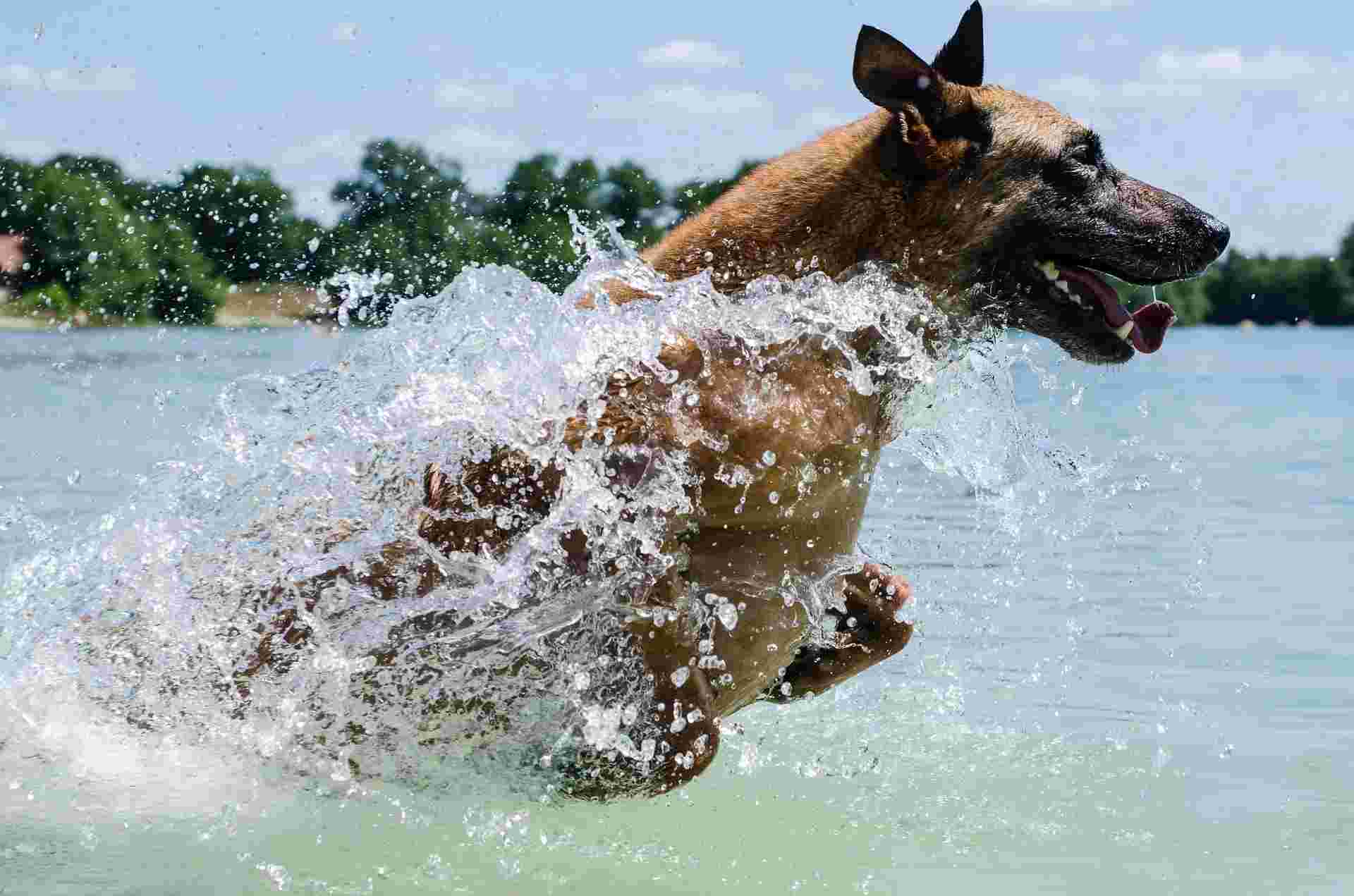 Dog and man have been friends since ancient times, dogs often used to help their owners hunt animals in compromising situations, and today we make use of many of the services that dogs have to offer, other than that dogs make up for perfect family pets.

Belgian Malinois, a commonly known dog breed, are highly intelligent, playful, and energetic. Some people also refer to them as Belgian shepherds as the Belgian Malinois coat resembles the German shepherd a lot.

Belgian Malinois is an incredible breed of dog. This dog is perfect if you are looking for a companion that is full of activity and needs exercise. Many people look for dogs that need exercise as they can turn out to be great workout buddies. The Belgian Malinois is one such dog that needs good stimulation, and even though they look a lot like a German Shepherd, they are a little different from them. This breed is very sensitive and they can sometimes be aggressive, hence proper training is required when it comes to the Belgian Malinois. It's important to start your Belgian Malinois puppies getting used to people from the very beginning else they will grow up snappy and might have problems socializing with people. It's also very important to teach your Belgian Tervuren a few things, for example, they love chasing things and this can be problematic as they might run behind cats or children if they find anything running. The Belgian shepherd however was not bred to be a family dog, they were bred to be professional dogs. Their appearance is very similar to the German shepherd but despite the similarity in their appearance, they are not family dogs like the German shepherd. This dog has an always-on-duty temperament which isn't ideal for a family dog. This mahogany dog breed is the number one preferred dog breed of the Israeli army and the navy seals. The Belgian Malinois is serious almost all the time, even during play, they are extremely intelligent and can help in any technical support work. The Belgian Malinois are also used as herding dogs, hence they are shepherd dogs. These dog breeds come from the city of Malines, they were initially bred in Europe, although the American Kennel Club considers all the four breeds of this dog different, and they are used for different purposes. The Belgian Malinois has a long history of being assistants to services such as detention dogs and guard dogs. Some breeds have a solid black color, while some have black color tips on the hairs. This kennel club dog often varies in its coat, however, almost all the coat colors of Belgian Malinois have a black mask and black ears, while some are completely black in a fur coat.

If you enjoy this article, why not also read about whether rabbits are safe pets or Belgian Malinois facts here on Kidadl?

What colors are Belgian Malinois?

There are four breeds of Belgian malinois, and all four breeds are used for different services. The Belgian Malinois coat is a rich fawn to mahogany in color.

The Belgian Malinois in general are athlete breed dogs, their hairs are of different colors and the color of their coat differs from breed to breed. They are medium-sized dogs and have a slender head, their face has a black mask-like appearance, and their ears also are black in color. Some breeds also have black tips on their tail. However, the dog's black mask and black ears take a good amount of attention when you look at them. Some breeds of the Belgian Malinois are dark brown to black in color, they have a lot of hair on their body and are mostly mahogany in color, and have a dense undercoat. They also often have good health and live for a long time. You can find a Belgian Malinois of the age of 14 as these breeds often live very long. Their nose and legs are very similar to a German shepherd, however, they do have a short straight coat and its color ranges from mahogany to black in different breeds under the Belgian Malinois name.

A Belgian Malinois is a duty dog all the way. They were bred in ancient Europe for helping their owners. Thus, when we look at an overview of the breed Belgian Malinois, all the breeds that come under it are great. They are loyal and they are used for a variety of tasks under the military. The Belgian Tervuren is commonly used as a herding dog, whereas the other breeds of Belgian Malinois can do a variety of tasks. These kennel club dogs are used the most in the finding of explosives and they are also very actively involved with helping in narcotic detection. The Belgian shepherd is also used for tracking humans and in some rescue missions as well! The Belgian Malinois is also welcomed as house pets by some people. Although for the Belgian Malinois to be a family dog proper training is required, they also have an on-duty temperament all time, hence it's often advised to bring them home only when you can manage with their duty dog behavior. These four breeds fall under the Belgian Malinois category; the Belgian Laekenois, Belgian Tervuren, and Belgian groenendael along with the famous Belgian Malinois. Some breed's body coat is completely black, while some have mahogany color. All of them have slender heads and they are medium-sized. Their ears are very similar to that of a German shepherd, their ears are often black in color, and their tail has black color tips as well. Their tail and body should be brushed once a week, but not too often.

Which is better, male or female Belgian Malinois?

Are Belgian Malinois easy to train?

The Belgian Malinois colors are mahogany, their ears have a black tip and their hair is mostly long, their nose is very similar to that of a german shepherd. The Belgian Malinois were always used as herding dogs, they clearly require more training and attention in order to bring out their best.

Here at Kidadl, we have carefully created lots of interesting family-friendly facts for everyone to enjoy! If you liked our suggestions for facts about Belgian Malinois colors, then why not take a look at why Venus is hotter than Mercury, or facts about the smartest bird.