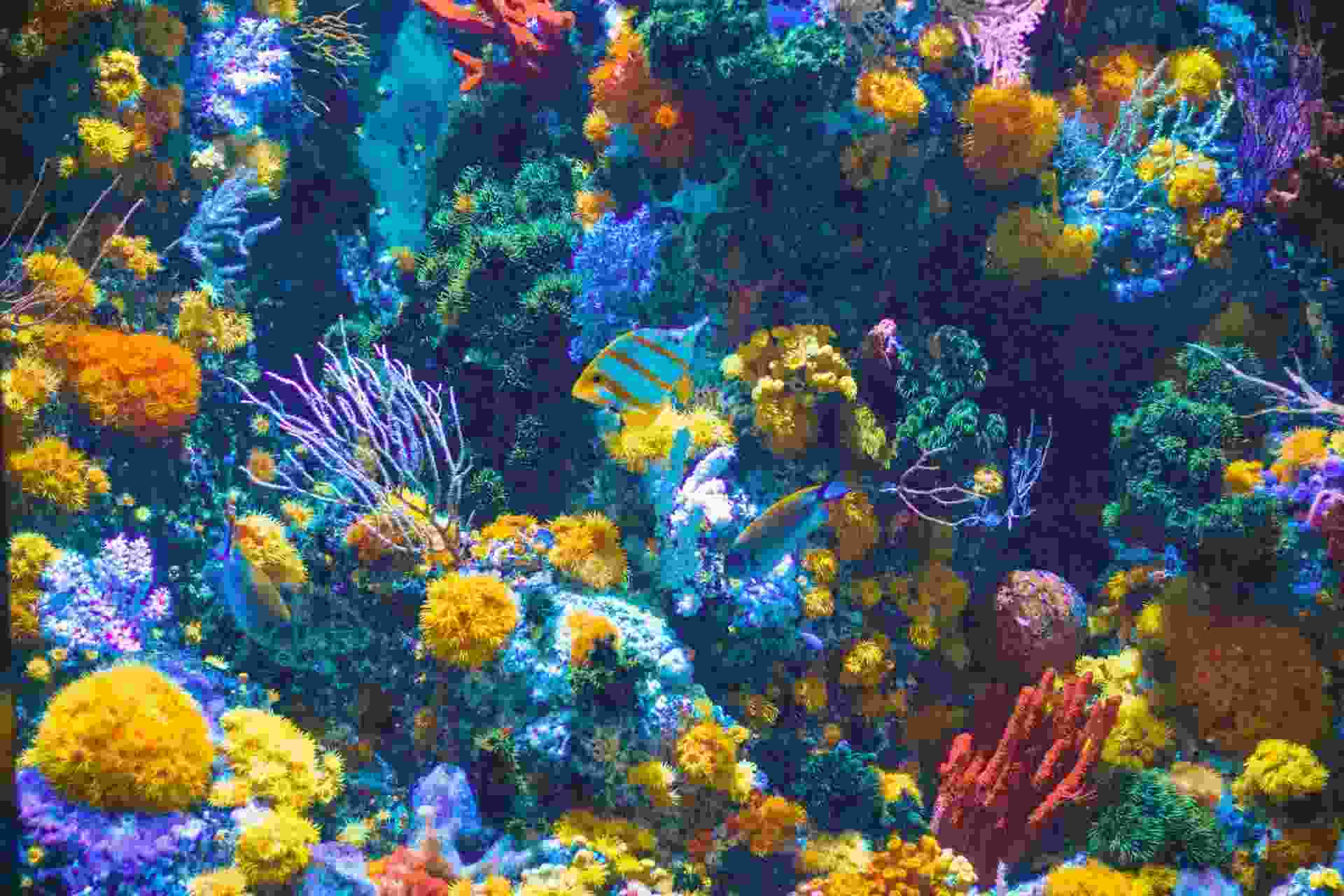 The vast expanse of the Earth's seas and oceans is a breathtaking sight to behold.

Sea creatures are truly fascinating entities. There are so many interesting facts about them which you might not yet know. Did you know that a female dolphin is called a cow, and the male a bull? The massive weight and huge size of the blue whale is something that most of us might be aware of. There are more amazing facts waiting for you! So, read on to discover them and find out... which one is the biggest sea creature ever!

What was the biggest sea creature ever recorded?

The title for the largest animal to have ever lived undoubtedly goes to the blue whale (Balaenoptera musculus). Put simply, these gigantic animals are sort of like a swimming Godzilla or King Kong! Interestingly, even dinosaurs have been surpassed by these creatures, according to size. These exceptionally loud and big creatures travel at a very fast speed. With an almost exclusive krill (small marine creatures) diet, hearing more about the weight of the blue whale will leave you awestruck. It is so interesting that a separate section in this article has been devoted to it.

Human babies are born as tiny creatures, who gradually grow and develop into adults. However, in the case of a blue whale, they’re already born almost fully grown, 23 ft (7 m) in length, from birth! So these babies are the biggest ones on the Earth, literally.

Until about the 19th century, blue whales lived in abundance in more or less all of the Earth’s oceans. Unfortunately due to their commercial value, their population dangerously dwindled as whaling fleets killed them. They are presently considered endangered.

Interestingly, recent discoveries have raised the possibility of the existence of some creatures even larger than the blue whale. A 150 ft (45.7 m) long creature known as Siphonophore was recently discovered off the Australian coast; it is a colony of single-celled organisms, not a vertebrate like a whale.

The five biggest sea creatures that ever lived are as follows:

On account of being the longest, the lion’s mane jellyfish (Cyanea capillata) tops the list of sea creatures. Among the largest known species of jellyfish, they can be found commonly in areas such as the North Sea, Irish Sea, and so on. These beautiful creatures have tentacles as long as 120 ft (36.5 m) which they use to trap their food. These tentacles have certain materials containing a poison that stuns the trapped prey. Did you know that the name 'lion’s mane jellyfish' is inspired by the ‘mane’ of extensive, hair-like tentacles sprouting from under its body (which is shaped like a bell)? Looking at it would probably remind you of a lion’s mane!

The largest among the toothed whales and the largest toothed carnivore, a sperm whale (Physeter macrocephalus) is almost 80 ft (24.3 m) long. Interestingly, it holds the title of having the largest brain of all the planet’s animals. Their conical-shaped teeth enable them to entrap their prey. Unfortunately, before commercial whaling became popular, these whales could be found in abundance. Scientists believe that years of being targeted by this industry have drastically reduced their population up to about 75%. Their name originated from a waxy substance found in their heads known as spermaceti. Their large heads account for quite a significant portion of their body length.

The whale shark (Rhincodon typus) has a beautiful distinctive color with light and dark markings forming a unique pattern. Don’t be fooled by the name. They are not whales! They are actually the world’s largest fish. These fishes are filter feeders meaning that they cannot bite or chew. Having extremely small teeth, they use their gills as a suction filter for prey like plankton and shrimp. With a slow speed, they migrate over long distances to several feeding grounds deep in the ocean. The whale shark can grow up to an average height and length of a school bus! They have also been considered endangered by the IUCN. Most whale sharks are found in the Pacific and Indian oceans.

The basking shark (Cetorhinus maximus) is the world’s second-largest fish and can grow as long as 45 ft (13.7 m) in size. They are a very slow-growing species. Weighing almost up to 10,000 lb (4,546 kg), they are among the few species that can be discovered swimming in temperate oceans such as the Pacific and the Atlantic oceans. The livers of these coastal- pelagic species make up quite a significant portion of their body weight. Scientists have estimated their lifespan to be about 50 years. Although extremely large, the basking shark, is not generally dangerous to humans, though it is important to not take their size and power lightly. Often found in a grayish-brown color, these sharks often travel in pairs.

What is the weight of a blue whale?

As mentioned in a previous section, the blue whale’s enormous weight warrants a separate section. This creature’s weight is so massive is that one whale’s weight can be considered equivalent to 30 or more elephants. On average, they weigh up to 13.6 tons (13,600 kg). They can weigh up to 330,000 lb (149.6 tons). Even their hearts are huge, weighing up to 992 lb (450 kg). Amazingly, even their tongues are extremely heavy and are sufficient to equal the weight of some elephants! The weight of a newly born blue whale is approximately the same as that of an adult hippopotamus. Female whales are heavier than males.

What is the biggest reptile sea creature?

Over the past years, recent discoveries of ancient remains have led researchers to consider the possibility of the existence of creatures larger than blue whales. Ichthyosaurs (translated to 'fish-lizard' in Greek) flourished during a large duration of the Mesozoic Era (as per ancient fossil evidence). These are thought to be the largest animal inhabiting the deep seas back then. These extinct reptilian creatures existed around the same time as the dinosaurs, but it’s important to understand that they were not actually dinosaurs. Having a fish-like appearance, it is believed that they were swift in their movements. They were about 10 ft (120 in) long, and they had long skulls and jaws. Having extremely sharp teeth, they most probably ate fish, seals and turtles.