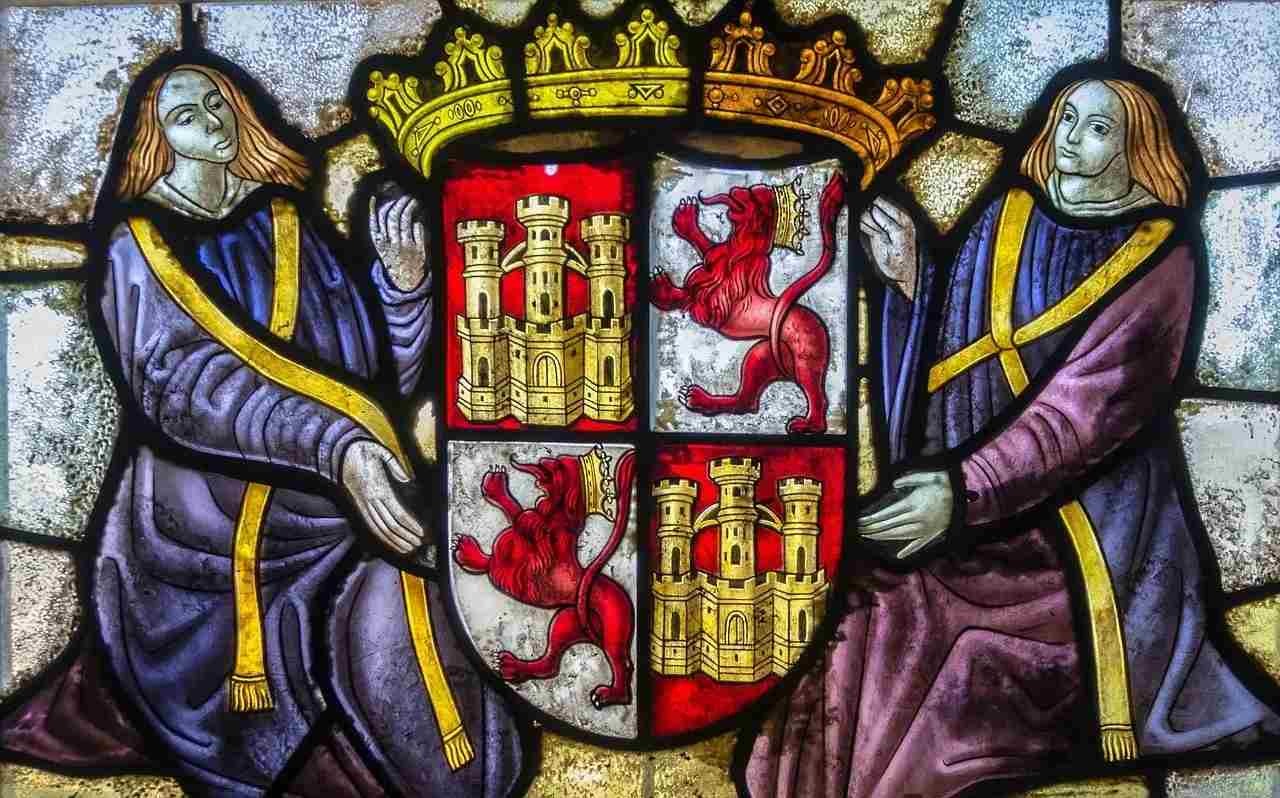 When it comes to the list of Spanish kings, Philip II's name burns the brightest.

Not only was Philip II a conqueror of lands far and wide, but he was also a patron of the arts. A noteworthy fact is that the art movement known as the Spanish Renaissance took the wheel under his watch. One of the greatest Spanish painters of all time, El Greco, lived and worked in Spain during Philip's time.

Philip II brought Spain to the forefront of European affairs. He inflicted the most significant naval defeat on the Ottoman Turks in the Battle of Lepanto in 1571. The Ottoman forces were a constant threat to the Mediterranean countries and principalities until that point, and this victory cemented his place in the annals of Spanish history.

Philip's reign coincided with the growth of colonialism in the Americas and Asia. Although Spain could never make its presence felt in Asia, it still managed to keep the Spanish colony of the Philippines under its control for more than 300 years.

Don't forget to click on facts about Mary Queen of Scots and Prince Philip if you like this article.

Spain King Philip II was born in the Castilian town of Valladolid in 1527. He was the son of Holy Roman Emperor Charles V and Isabella of Portugal. He was the grandson of King Philip I of Castile, one of the chief Spanish kingdoms before the unification of Spain. Being from the Castilian royal family, a young Philip was entrusted with the duties that suited a would-be king. In this venture, he was mentored mainly by his father.

Can you guess the number of times Philip was married? He took marriage vows a total of four times! Philip married Princess Maria of Portugal in 1543, who was a cousin from his mother's side. She, however, died two years later while bringing her son, Don Carlos, into this world.

His next marriage in 1554 to Mary Tudor of England was more of a political move. This, too, ended within four years with Mary's death. Elizabeth of Valois, daughter of King Henry II of France, was Philip's third wife. Their marriage was an outcome of the Treaty of Cateau-Cambresis (1559). This union ended the longstanding hostilities between Spain and France. Unfortunately, this did not last for long, with Elizabeth's passing in 1568.

Philip's fourth and final marriage took place in 1570 when he tied the knot to Anna of Austria, who was the daughter of Maxmillian II, monarch of the Holy Roman Empire and his first cousin. She gave Philip his only surviving son and heir, Philip III.

King Philip II of Spain had inherited a large kingdom from his father, the Holy Roman Emperor Charles V. On his passing, the title of Emperor eluded Philip and went instead to his uncle, Ferdinand I. But that did not hinder Philip from becoming one of the most powerful men of his time.

Philip II of Spain: Contribution To The Kingdom Of Spain

Perhaps the most important aspect of Philip II's reign was his constant emphasis on the defense of the Roman Catholic faith in mainland Europe from outside influences, including Protestantism and Islam.

He wanted to champion the cause of the Catholic Church in his campaigns against the Netherlands and England. Although religion was not always the principal reason behind his political moves, the projection of raising the Catholic banner served its purpose for Philip.

From what we understand, Philip tried to project himself as the successor of the Crusaders of the previous centuries, who fought in the holy land to reclaim what they believed to be the core Christian realm.

King Philip II of Spain ruled over a vast empire that stretched from the Mediterranean ports of Central Europe to the Atlantic coast of Portugal. He was also the ruler of Spain's overseas territories in the Americas and elsewhere. If we study a map from this period, we will see how powerful his empire was. His reign marked the beginning of Spain's Golden Age.

Philip II Of Spain: Known For

So far, we have found out that Philip II was enormously influential in the global affairs of the time. But his way to the top of European nobility was fraught with severe challenges.

One of the earliest hurdles that a young Philip II had to face after becoming King of Spain in 1556 was the disturbance to the south of his country. Here, the community of people known as the Moriscos lived and were direct descendants of the last Moorish people of Spain.

After the Reconquista of 1492, when a united Christian Spanish force finally overthrew the Muslim Emirate of Granada, the new order forced the common Muslim population to convert to Catholicism or leave Spain. A big chunk of this populace lived on those lands for hundreds of years and did not want to leave their ancestral lands. So, most Morsican people reluctantly became Christians to avoid persecution and exile.

The relationship between Christian rulers and Moriscos had always been rocky since the Reconquista. But there existed a mild peace between the two until Philip II came to the throne in 1556. The Moriscos had kept their old traditions alive and were culturally closer to the Turks than the Spanish mainlanders. This severely irked the new king, Philip II.

The new monarch was constantly worried about a possible Ottoman attack on southern Spain with the aid of the Morisco community. He had spies all over this part of his kingdom, and their reports could have instigated the king to take bold actions against the Moriscos. Tensions between the Moriscos and the Spanish monarchy in Madrid peaked in 1558 when Philip II passed a list of reforms to be followed by the Moriscos. This included giving up the Arabic language once and for all, putting away age-old customs and traditions that gave the Mosriscans a distinct identity. The idea was to turn them towards the Christian faith and way of life.

Naturally, when these new reforms were forced upon them, the Moriscos rose in open revolt. Their rebellion is known as the 1568 Revolt of the Alpujarras. Philip II found it difficult to suppress this disturbance, and it took over two years to stabilize this region of his kingdom. The Morisco territories were emptied of their original inhabitants and redistributed in various corners of the kingdom. In their place, Catholic Spaniards were made to settle on these lands.

Philip has been etched in time as a quiet and shy man. He led an austere life and held a high royal court in his monastic palace compound El Escorial, the same place where he died in 1598. Since he inherited a kingdom that was still not completely Spanish, at least that is what he most likely believed. His policies of championing the cause of the Catholic Counter-Reformation movement bankrupted the Spanish treasury.

When he died in 1598, Spain was still ruling over the most substantial European empire at the time. But due to his extravagant military expenditures, the future kings of his dynasty found it almost impossible to keep the gains of conquest together. We also have the famous Spanish Armada, which was part of his plans to invade England. To understand his position regarding England, we have to go through some of the developments that had taken place up to 1588, when the Armada was launched.

A newly-crowned Philip II took Queen Mary Tudor of England as a wife in 1556 and became the King Consort of England. But this was not to be a happy union. Two years later, in 1558, Queen Mary died without giving Philip an heir to the throne of England and Spain. Relations between the two countries soon turned sour as Mary's Protestant half-sister, Queen Elizabeth ascended the throne. While the Netherlands resisted Spanish rule in their country, England and France supported the movement. Under the full cognizance of the Queen, English privateers such as Francis Drake were looting and seizing Spanish goods from Spanish merchant vessels.

All this made Philip II increasingly distasteful towards the English. The final blow came in the form of the beheading of the ex-Queen of Scotland, the Catholic Mary Stuart, in 1587, under Elizabeth's orders. With the Spanish army under the command of the Duke of Parma waiting to be ferried across the England Channel to overthrow Queen Elizabeth, the Spanish Armada set sail from Lisbon in July 1588. Philip's costliest endeavor was, however, a total disaster.

Despite all the cracks that we find in his rule, this monarch of the house of Hapsburg successfully created a lasting legacy that can still be found in Spain's rich cultural heritage.

Here at Kidadl, we have carefully created many interesting family-friendly facts for everyone to enjoy! If you liked our suggestions for 15 cool Philip II of Spain facts about the King of Spain and his Empire, then why not take a look at why cats follow you to the bathroom, fun cat facts to know, or why do cats bring you dead animals, weird cat behaviors explained?