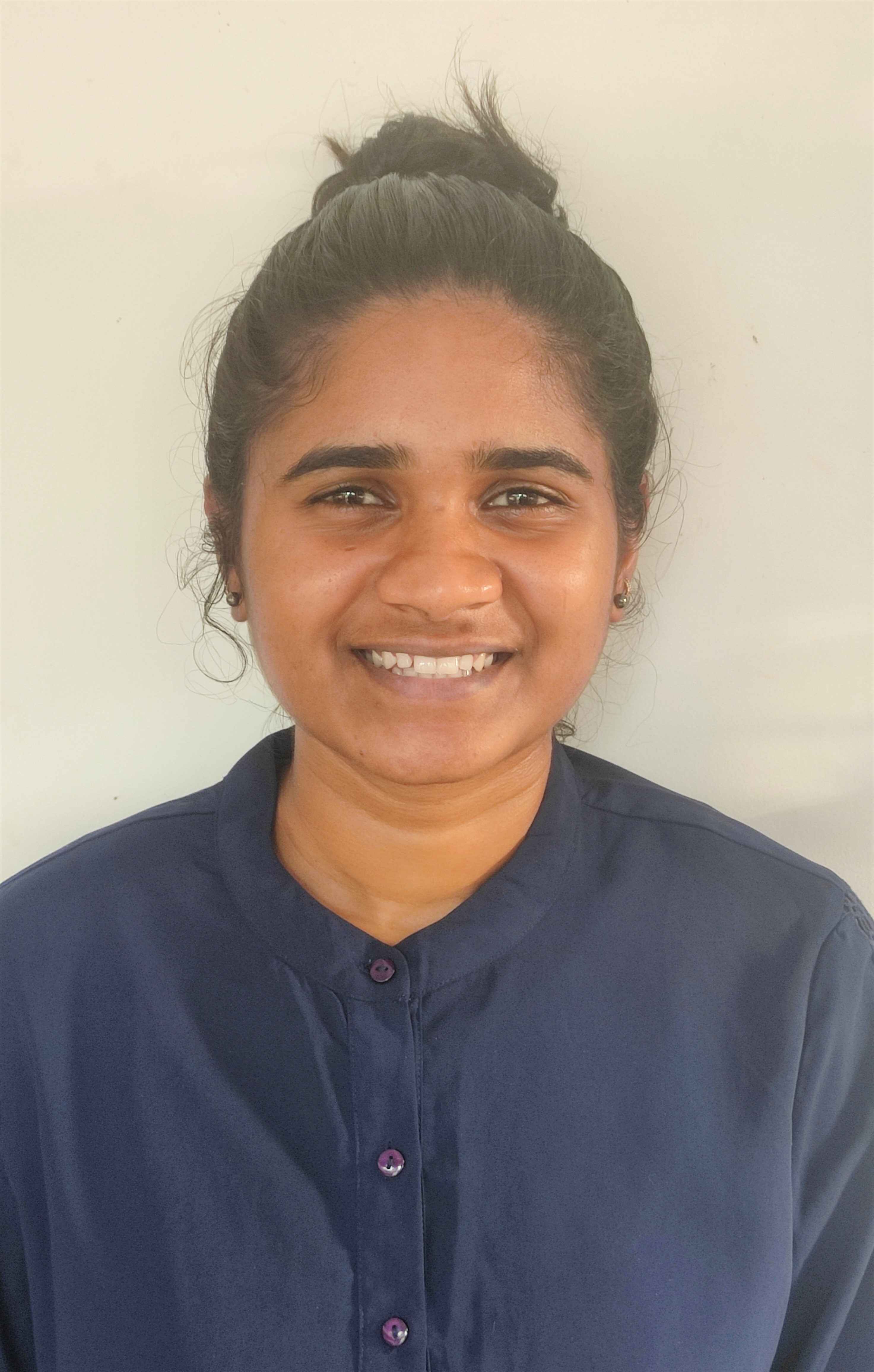 It is described as 'a flat disc balanced on the backs of four elephants which are in turn standing on the back of a giant star turtle, Great A'Tuin.' 'Discworld' is home to many interesting and unique characters, including Rincewind, Death, and Granny Weatherwax.

Terry Pratchett's novels are incredibly famous and have brought him many awards. Not only are the novels famous, but so are the video games. 'Discworld' is a series of novels is based on magic, dragons, dwarves, witches, adventure; you name it, it has got it all! If you are one of those who have not read the books yet, don't worry, you can still read this article to get an idea about this mystical world! Let's explore some fun and interesting facts about 'Discworld', the books, the author, its characters, and video games.

You ask anyone and they will tell you that they've read this story or at least that they have heard about it. That's how famous the 'Discworld' series is. 'Discworld' is a series of comic fantasy novels written by English author Terry Pratchett. 'Discworld' has sold more than 80 million copies worldwide and has been translated into over 35 languages, making it one of the best-selling book series ever published.

The first four books of the 'Discworld' novels were written at a time when Terry Pratchett had stopped working as a journalist and was now working with the electricity board. His only job was to convince people that nuclear energy was safe and should be used. The timing was awful as it was just prior to this that the Three Mile Island's nuclear reactor had a partial meltdown. Thus, it was a difficult job. His first book 'Colour Of Magic' was written and published in 1983. The next three followed soon after. With the books becoming so incredibly famous he quit this job and became a full-time writer. He ended up writing 41 books in the series, although the last book was released posthumously in 2015.

The books were so famous that the characters of Rincewind and Gytha Ogg were even printed on postage stamps. The UK often produces stamps in honor of its authors' contribution to pop-culture. Alongside Terry's fictitious celebrities appeared characters like Harry Potter and Voldemort.

Several books from the series were made into films. He strongly disagreed with Sony when they wanted to make adaptations because he felt the storylines did not match. He was then able to work with other production companies that stayed true to his writing.

The last two books Pratchett wrote belonging to the series were 'Snuff' and 'Raising Steam'. These were written or rather 'spoken' in a unique manner. Terry Pratchett suffered from early on-set Alzheimer's, which constantly interrupted his thought process and made writing a lot harder. He used voice recognition software that would type out his words, which is how he managed to complete the books to end his series.

Online you will find a million questions on how to read the books. 'Are the books connected?, 'Where should I start?' Well although there are two ways that make sense and give you a feeling of them being connected, most people are of the belief that you can just read from anywhere and it'll still make sense as long as you can understand the world itself.

Pratchett was an English author best known for his 'Discworld' series of fantasy novels. He wrote over 70 books during his lifetime, and 'Discworld' has sold more than 80 million copies worldwide. His books have been published in over 35 languages. Although he is most well known for the 'Discworld' novels, he had been writing prior to the series. Pratchett had a successful career which brought in a lot of wealth and his death shocked everyone, fellow authors, celebrities, and fans.

Sir Terence David John Pratchett was born on April 28, 1948 in Buckinghamshire, England. His father was a mechanic and his mother was a secretary of a small business. Terry Pratchett was not always inclined to the idea of being a writer. Can you imagine an astronomer Terry Pratchett? That's exactly what interested him most as a young boy! Years later he even had his own mini-observatory in the backyard of his own house. Unfortunately he didn't have sufficient math skills for this and turned to writing. He studied in Somerset at High Wycombe Technical High School. His first sci-fi story 'The Hades Business' was printed in the school magazine in 1961. After completing his A-levels he went on to work for publishing companies and during this time he wrote and released an assortment of short stories. He married Lyn Purves in 1968 and had their daughter Rhianna Pratchett in 1976, who is an author too.

Terry received many awards and was showered with accolades for his work. In the '90s he was the bestselling author in the UK and in 1996 he was the UK author with the most earnings, according to The Times. In 2001 he received the Carnegie Medal and in 2010 received the World Fantasy Award For Lifetime Achievement. After being diagnosed with Alzheimer's disease he donated to help fund research. In 2009 Terry Pratchett became Sir Terry Pratchett when he was knighted by the Queen of England for his literary contribution.

Terry Pratchett had a wide range of interests. He gave each equal importance and loved doing them. Terry was interested in computing. Computers were new to his time but he soon grew competent with them and was one of the only authors at the time to constantly be in touch with his fans via the internet. Terry's love for natural history was so pronounced, not only in his books but also in real life, so much so that he had an entire greenhouse full of carnivorous plants.

Terry Pratchett passed away on March 12, 2015 aged 66. His death shook the world and was an immense loss to many. Numerous celebrities and fellow authors took to social media to pay their respects to this marvelous author. He left his life savings of $15 million dollars in his will to his family. His assistant posted a heartfelt note on Terry's Twitter. In it he describes that Terry and Death from the 'Discworld' novels went away hand in hand.

The characters of these books are what makes them so unique. Some of them are so relatable, while others are described in a new, exciting and unconventional way like Death. Terry Pratchett's characters are all well-rounded in terms of development. Each character has their own temperament and a background story. There are over 11oo characters in the 'Discworld' novels. Some of them occur throughout the 'Discworld' series while others appear in only a few.

Among the people in the books, Rincewind is possibly the most well-known. He is a wizard but not wizard enough because he knows no spells properly and fails the wizarding university. However, unknowingly he saves 'Discworld' several times.

Death is the most unique in the series. He's described as a kind and empathetic being who loves cats and physics. The horse he rides is named Binky. Unlike most books that portray death as a monstrous and death-hungry being, 'Discworld' really gave it a new spin.

The four elephants that 'Discworld' is balanced on are Berilia, Tubul, Great T'Phon and Jerakeen. And the giant star turtle's name is Great A'Tuin.

Of course the city needs an NYPD equivalent. This is the City Watch. They are initially very lazy but help solve crimes later on.

The books have a lot of witches. Granny Weatherwax is the most famous witch.

The books are an assortment of fantastical characters and creatures. They have wizards, witches, dwarves, elves, dragons, gnomes, werewolves, gods and even a talking dog named Gaspode.

All of the adaptations of the 'Discworld' books have done justice to the storyline. Initially Terry Pratchett was not interested in Sony wanting to make a film of one of the books. He disagreed with the script because it differed from the story. Later BBC took up the task and did a great job of this adaptation. The video games came out even before the films and were successful. Terry Pratchett liked playing video games and with a little convincing from game developers he soon was involved in the project. While the storyline was not exactly the same, Pratchett kept the rest of it true to his books.

In the games 'Discworld I' and 'Discworld II', the protagonist is Rincewind. The story is from a third person point of view and is adventure and mystery themed. The main aim is to save Ankh-Morpork city, which is being threatened by a dragon. However, the story is full of plot-twists. The player acts as Rincewind and must find items that will help in his adventure and get the game to advance. The voiceovers for the characters in the game were done by British comedians, adding a nice touch to the games.

In 'Discworld Noir', 1999, the players follow Lewton, the book's only private investigator. The mission is to destroy a cult that's running in the city and taking part in many illegal activities.

Although the games were popular, statistics showed that more Europeans played the games than Americans and the rest of the world.

Apart from the games, the books had various other merchandise as well. If you are a fan of 'Discworld' then you must already know where to find everything. There are many websites that sell fan-made artwork, t-shirts, bags, hoodies and a bunch of other interesting stuff.

How famous is 'Discworld'?

The 'Discworld' books are so famous that over 80 million copies have been sold since the first book was published.

'Discworld' is unfortunately not a real world, although the fans would very much love for it to be real. It is only a very famous fictional world and it is the world in which the characters of Terry Pratchett's sci-fi novels live.

How old is 'Discworld'?

What is 'Discworld' based on?

Terry Pratchett's 'Discworld' stories are based on magic and fantasy. They are written in a witty and comedic manner which is what really engages the audience. The books mock human behavior and light-heartedly challenge our perceptions through the fictional plots.

How many books are in the 'Discworld' series?

There are 41 'Discworld' novels and the last one was published in 2015. 'Colour Of Magic' was the first book of the series.

How does 'Discworld' work?

'Discworld' runs on magic, which is its main source of energy. Like our planet, 'Discworld' too has its own way of working.

An enthusiastic learner and a great team player, Theekshitha is an adept article writer at Kidadl. Her hobbies are as interesting as her personality and include traveling, soccer, swimming, baking, cooking, writing, hiking, birding, wildlife conservation, and gardening. Theekshitha is a pluviophile, and we are sure this love for rain is a true inspiration for her beautiful writing. She is an Indra Gandhi National Open University (IGNOU) student pursuing a Bachelor of Science in Zoology. Deciding to upskill herself during her academic journey, she started working as a teacher at Sholai School (CLOAAT). After a year, she switched to freelance content writing and joined KCFPCL as a content writer.