91 Facts About 'Alice In Wonderland' To Understand The Story Better 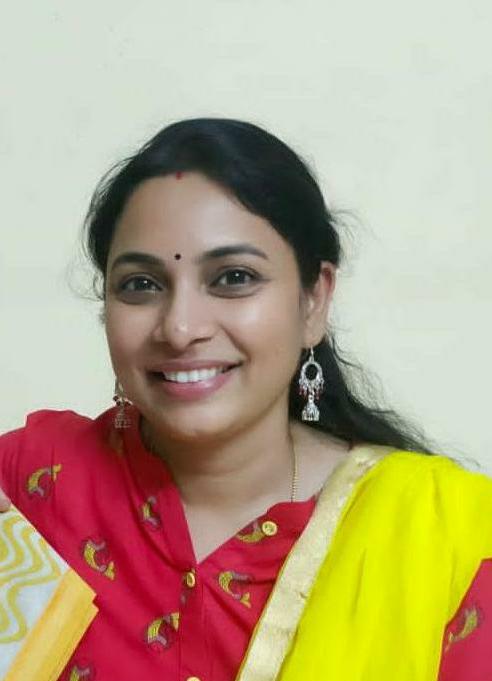 People are the most creative and eager to learn during their childhood days.

One way of enhancing a child's creativity and imagination is by reading him or her a children's book at bedtime. While a children's book is super fun, it can also teach your child various values and morals that may be hidden in the book's pages.

In the early 20th century, these creative children's stories started becoming moving cartoon pictures on screens. People, young and old, loved them. Disney Studios became one of the first production companies to produce animated films in the United States. Almost every one of their movies is popular to this day. Some of the films from Disney Studios like 'Cinderella', 'Snow White and the Seven Dwarfs', 'Beauty and the Beast', 'The Little Mermaid', 'Alice in Wonderland', 'Bambi', and 'Peter Pan', are considered classics of the animation genre. We are going to learn about Alice and her imaginary, colorful Wonderland from the classic 'Alice in Wonderland' movie through the various fun facts listed in this article.

If you are a Disney-lover and want to learn more about other Disney stories, check out 'Aladdin' facts and 'Bambi' facts from Kidadl.

Fun Facts About 'Alice In Wonderland'

'Alice in Wonderland' is an animated feature film produced by The Walt Disney Studios in the year 1951. The original tale of the movie is based on the novel 'Alice's Adventures in Wonderland' penned by author Lewis Carroll. The film follows the adventurous journey of a curious young girl, Alice, who dreams of a nonsensical, carefree world, and she eventually follows a rabbit down a hole into the said world.

The story of Alice is set in the Victorian Era (1820-1914). The animated musical starts with Alice's older sister reading a history book to a distracted, disinterested Alice. The young girl muses to her pet cat about an imaginary world where everything is nonsense and illogical. She then suddenly witnesses a frantic rabbit wearing a waistcoat and carrying a pocket watch. The ever-curious Alice follows the walking, talking rabbit down a rabbit hole into the nonsensical Wonderland.

'Alice in Wonderland' became a classic and an important part of children's literature because of the theme it represents. The movie's whole point is to show how innocently young children think and see the world. The film is about Alice's progression and personal growth through her struggling journey inside Wonderland, and it depicts how children struggle to grow in the confusing adult world.

Facts About The Characters

Alice's adventures in Wonderland see her through lots of ups and downs, literally. Along the journey, she encounters various bizarre and memorable characters.

Alice encounters a white rabbit whom she follows for the majority of the movie, a talking door knob, Tweedledee and Tweedledum who tell her the story of 'The Walrus & the Carpenter', a dodo, a garden of talking and singing flowers, a hookah-smoking caterpillar, tea-partying March Hare & Mad Hatter, the conniving Cheshire Cat, three rose-painting playing card soldiers, and she finally meets the loud and narcissistic Queen of Hearts and the small, powerless King.

Kathryn Beaumont gave voice and representation to the animated Alice, whereas Sterling Holloway, Ed Wynn, and Verna Felton gave life to the characters of the Cheshire Cat, the Mad Hatter, and the Queen of Hearts respectively. All characters present a puzzling and different encounter with Alice. The door knob helps her get inside the door by introducing her to growing and shrinking potions. Tweedledee and Tweedledum mischievously delay her pursuit of the rabbit by narrating a story that shows how curiosity can be dangerous. The dodo is a character representing the author of the book, Lewis Carroll. The un-birthday celebrating tea party attended by the Mad Hatter, the March Hare, the dormouse, and the white rabbit ends up being a frustrating affair for Alice. While the angry caterpillar introduces her to size-altering mushrooms, the Cheshire Cat confuses her with madness. The Red Queen is the symbol of the ultimate tyrannical power of Wonderland, whereas the White Queen in the following book symbolizes how adults can be childish sometimes.

Weird Facts About 'Alice In Wonderland'

While 'Alice in Wonderland' is one of the most famous children's stories, it also raised many brows in the beginning because of how different it was. Unlike most children's stories, this one encouraged children to break the rules, think outside of the box and let their imaginations run wild. Over the decades, there have been many speculations about the story, its characters, what each symbolized and what the message of the story was. The story is so unique that every person takes away his or her own meaning and interpretation from it.

While the film is colorful and creative, it can also be seen as dark-themed because of its problematic characters and the bizarre plot and nonsensical view on life.

Facts About The Writer

Alice and the other eccentric characters of the film 'Alice in Wonderland' were brought to life by Walt Disney in 1951 via an animated feature film. Many such films, both animated and live-action, preceded and succeeded the 1951 Disney version. Before Alice pranced and danced on movie screens with her strange friends from Wonderland, she was first born in the pages of a novel called 'Alice's Adventures in Wonderland' written by Lewis Carroll.

Known by his pen name Lewis Carroll, Charles Lutwidge Dodgson was a British children's author, photographer, and mathematician who lived between 1832-1898 in England. Charles Dodgson was the third child of 11 Dodgson children. He had an ordinary family-oriented childhood. Lewis Carroll studied mathematics at Christ Church College in Oxford and was later appointed as a mathematics lecturer in the same institution.

Lewis Carroll never intended to write children's literature. He had an affection for both children and storytelling, though. Among his large audience of children were three young girls of the Dean of Christ Church: Edith, Lorina, and Alice Liddell. It is believed that, on a boating trip with the dean's daughters, he narrated to them the story of Alice's adventures underground. It was the first draft of the published book, written especially for the girls. The character Alice is said to be inspired by Alice Liddell.

When a publisher friend stumbled upon Carroll's story, he insisted the writer revise and publish it. He complied and added a few other stories he used to tell the girls and made the story into a full-length novel. The novel was published under the title 'Alice's Adventures in Wonderland' in the year 1865-66. The book slowly but surely gained popularity to become one of the most famous and original children's books of the era. This prompted Carroll to write and publish the second novel in the series, 'Through the Looking-Glass and What Alice Found There', in 1871-72. The second novel was even better than the first, and every copy of it flew off the shelves in a record time of seven weeks. These were the only two full-length novels published by Lewis Carroll in the Alice series. Later, a poem and the original, shorter version of 'Alice's Adventures' were also published by the writer.

Here at Kidadl, we have carefully created lots of interesting family-friendly facts for everyone to enjoy! If you liked our suggestions for 91 facts about 'Alice in Wonderland' to understand the story better, then why not take a look at 'Jungle Book' facts or facts about Snow White.