15 Facts About Tamil Language And Its Importance In Indian History 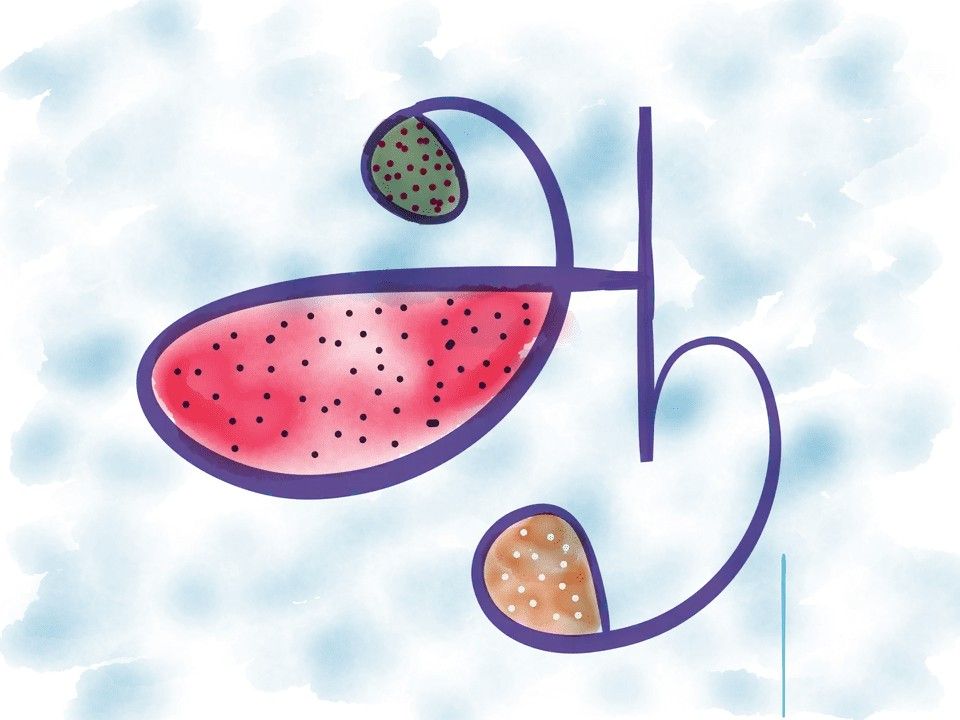 The Tamil language is the world's oldest living language.

It is an official language spoken in Tamil Nadu, India, as well as Sri Lanka, Malaysia, and Singapore, among other places. The Indian government formally recognized it as a classical language in October 2004.

Tamil people belong to south India and speak the Tamil language, the first Indian language. It is the only language in Indian history to achieve this rank. Along with Greek, Latin, Sanskrit, Hebrew, Chinese, and Arabic, Tamil is one of the world's seven classical languages.

The Tamil language is considered a Dravidian language and is largely spoken in India. It is also the official language of two nations, Sri Lanka and Singapore, and has large populations in Malaysia, Mauritius, Fiji, and South Africa. Tamil is the only language that is a 5000-year-old Indian language. Tamil, or Tamil Thi (Mother Tamil), as it is known in Hindu mythology, was created by Lord Shiva. In the Tamil language, there are more than 4 million (40 lakh) words. The sovereign nations of Singapore and Sri Lanka, as well as the Union Territory of Puducherry and the Indian state of Tamil Nadu, all speak Tamil as an official language. However, the percentage of Tamil speakers in the general population is decreasing.

Tamil is one of the few living classical languages, with a two-millennia-old literary heritage. Because of Tamil's high level of diglossia and the importance bestowed on classical Tamil, much of the vocabulary and forms of spoken Tamil have been retained in modern Tamil, with the higher registers of literary Tamil tending towards the classical language.

Tamil, like the other Dravidian languages, has uncertain roots, but unlike most of India's other recognized literary languages, it is not descended from Sanskrit. Tamil has the oldest literature among the Dravidian languages (Hart, 1975). However, it is impossible to date the language and literature properly. In India and Sri Lanka, literary works were kept in palm leaf manuscripts (implying many copies and recopies) or via oral transmission, making direct dating impossible.

However, external historical records and internal linguistic evidence suggest that the oldest existing works were most likely written in the second century CE. The Tolkppiyam, a treatise on poetics and Tamil grammar that portrays the language of the classical period, is the earliest existing document in Tamil. The oldest pieces of this book may date back to approximately 200 BCE (Hart, 1975).

Apart from these, the oldest surviving examples of Tamil writing are third-century BCE rock tamil inscriptions written in Tamil-Brahmin script, a modified variant of the Brahmi alphabet (Mahadevan, 2003). Linguists divide Tamil literature and language into three periods: ancient (500 BCE to 700 CE), medieval (700 CE to 1500 CE), and modern (after 1500 CE) (1500 CE to the present).

Many Sanskrit loan words were adopted by Tamil throughout the medieval period, which many 20th century purists, especially Parithimaar Kalaignar and Maraimalai Adigal, subsequently strove to eradicate.

Thanith thamizh iyakkam was the name of the movement (meaning pure Tamil movement). As a result, Sanskrit borrowed terms are rarely seen in official papers, public addresses, or scientific discussions in Tamil.

Tamil is part of the Dravidian language family, which includes roughly 26 languages native to the Indian subcontinent. Malayalam is one of Tamil's closest Indian languages; the two languages diverged during the ninth century AD.

Despite the fact that many of the distinctions between Tamil and Malayalam show a prehistoric split of the western dialect, the process of splitting into a different language, Malayalam, did not take place until the 13th or 14th century. Some of the other main Dravidian languages are Kannada, Malayalam, and Telugu, among others.

Tamil is the oldest language and is a Dravidian language family member that has been spoken in southern India and the northeastern Sri Lankan regions since prehistoric times. It is spoken as a first language by 61.5 million people in India, mostly in Tamil Nadu and adjoining states, as well as by eight million second-language speakers in northeastern Sri Lanka.

The Tamil Thai Temple in Karaikudi, Tamil Nadu, is the world's only temple dedicated to a language. The Tamil Lexicon is a 12-volume encyclopedia of Tamil words and Tamil culture. The Tamil Prayer Book is the first Tamil prayer app for the iPhone and iPad.

The Writing System Of Tamil Language

The Chola-Pallava script, a new alphabet for Tamil, was established in the sixth century under the Pallava dynasty (275-897 AD). In Sanskrit loanwords, it employs several letters from Vateluthu. In the northern portion of the Tamil-speaking region, the Chola-Pallava script replaced Vaeuttu by the eight century, while Vaeuttu was still used in south till the 11th century. The Chola-Pallava alphabet developed into the contemporary Tamil script during the next few centuries.

The Tamil script was reduced in the nineteenth century to make it easier to typeset. The regularization of vowel markers was another 20th-century simplification.

The word 'Tamil' has several meanings. Centamil is particularly well suited to writing literary Tamil. It is, however, unsuitable for writing colloquial Tamil, koduntamil . Attempts were made in the 19th century to construct a written representation of the vernacular spoken language. In today's day and age, colloquial written language is mostly found in school texts and dialogue scenes in fiction.

Tamil is written in an Arabic script called Arwi, which is used by Muslims that speak Tamil.

Tamil is one of the world's oldest surviving languages, possessing a vast knowledge of literature and grammar. It has served as a vehicle for individuals to communicate their deepest thoughts, goals, and ideals.

Tolkaappiyam, the company's earliest work, dates from around 200 BC. The Sangam era produced some of Tamil literature's finest works. The poets of the Sangam period came from all walks of life, from potters and peasants in a hamlet to merchants and the upper class.

There were also female poets present.In Tamil society, this is a show of equality. In reality, a Sangam poet famously proclaimed the message of peace, universality, and the unity of the human species more than 2000 years ago in the famous lines:

Thirukural is a magnificent essay on ethics authored by Thiruvalluvar. Mahatma Gandhi, the Father of the Nation, is claimed to have declared at one point in his life, 'I wanted to learn Tamil so that I might read Valluvar's Thirukural in his own language. It is a trove of knowledge. I should mention that the Tamil community has long been a staunch supporter of India's nonviolent liberation movement, as well as during Gandhiji's time in South Africa'.

Cilappatikaram and Manimekalai, the landmark epics of Sivakachintamani and the Kambaramayanam, and the soul-stirring hymns of Nayanars and Alvars, are works of greatness in the Tamil literary collection. Our national independence movement benefited greatly from the efforts of Tamil literary figures. During our liberation movement, Subramania Bharathi's lyrics and songs generated profound emotions of patriotism in the minds of Indians.

Here at Kidadl, we have carefully created lots of interesting family-friendly facts for everyone to enjoy! If you liked our suggestions for 15 facts about Tamil language and its importance in Indian history then why not take a look at the mausoleum at Halicarnassus: amazing facts about this ancient monument or Ha Long Bay: learn all about this cool, Vietnamese tourist island.