Facts About 'Who Moved My Cheese?': A Book On Work And Life 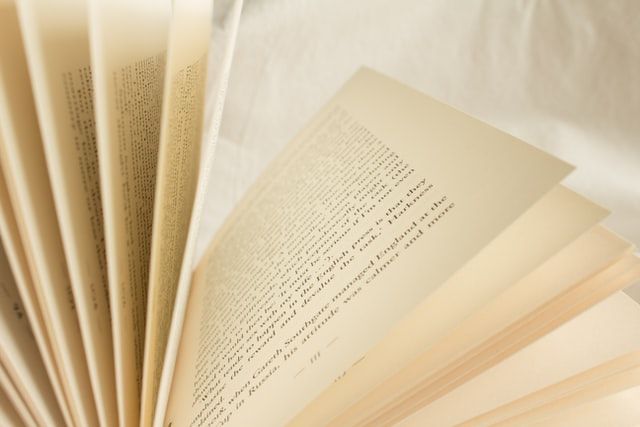 Do you feel like something is missing in your life?

You're not quite sure what it is, but you just can't put a finger on it? If so, you need to read 'Who Moved My Cheese? An Amazing Way To Deal With Change In Your Work And In Your Life'.

It is the kind of book that will change your life. Cheese is an analogy for the things in our lives that we rely on to make us happy such as our relationships, our careers, and our hobbies. When those things disappear or change without warning, it can be frightening. The theme of 'Who Moved My Cheese?' is change. Change can be really scary, but it's also necessary for growth. The book teaches us how to handle change in a positive way, and how to make the most of the opportunities that it provides. 'Who Moved My Cheese?' was written by Dr. Spencer Johnson, and it's a really fun read. It's less than 100 pages in total, and each page is chock-full of useful advice that you can immediately apply to your life. This book is divided into four sections: the story itself, an analysis of the story, making changes in our lives today (and how we can do this), and finally, some action steps that we can take immediately after finishing the book that will help us move on with our lives.

This book will help you learn how to adapt to change and find happiness even when the cheese isn't where you expect it to be. So put on your running shoes and race out of your comfort zone.

The author of 'Who Moved My Cheese?' is Spencer Johnson. The book was published in 1998 and has since been translated into over 40 languages. Sniff and Scurry, two Mice, and Hem and Haw, two Littlepeople, are the main characters.

The story is about how they deal with changes in their lives. Sniff and Scurry are always looking for cheese, but they know that it's not always going to be there. They're prepared for change, and they continue to look for new sources of cheese even when things get tough. Hem and Haw are a little less prepared for change, and they tend to stick with what's familiar even if it isn't working out well for them. In the end, all four of them learn something valuable about change and how to cope with it.

This book is a great reminder that change is always going to happen, and we need to be prepared for the cheese to vanish. It's also a good reminder to stay flexible and open-minded because that's the best way to handle changes when they come up.

This book is recommended because it provides a lot of useful information about change, and it's a great reminder that change is always going to happen. Instead of becoming overly attached, it reminds people to adapt and enjoy instead.

Lessons You Can Learn

There are a few key life lessons from 'Who Moved My Cheese?'. The first key idea is, that change is always going to happen, and we need to be prepared for it. The second key idea is that we need to be flexible and open-minded if we want to handle change effectively. The third is that change can be tough, but it's also an opportunity for growth. Finally, we shouldn't be afraid to try new things or go after our own goals because that's what life is all about!

The first step one must take after finishing the book is applying the lessons from 'Who Moved My Cheese?'. The book teaches us how to handle change and stay positive when things get tough. The second step is learning how to be flexible and open-minded so we can adapt to whatever comes our way. Finally, it's important that we don't get stuck in old patterns of thinking or doing things because this will only make things harder for ourselves later on down the road!

'Who Moved My Cheese?' is a great book for anyone who wants to learn about change, stay positive when things get tough, and adapt their mindset as life changes around them. It has some valuable lessons about being prepared for what life throws at us, not giving up even if there isn't much cheese left out there right now, and keeping an eye out for new opportunities while still enjoying what you have today because tomorrow might bring something better, and lastly, change is the only thing that's guaranteed in life.

In 'Who Moved My Cheese?', four characters are used: Mice and Littlepeople. What sets them apart is their particular 'type' which best represents an aspect of human life: Hem (the eternal optimist), Haw (the persnickety complainer who never considers taking action until it's too late), and Sniff and Scurry (who are a hard-working team) who always manage to take care of themselves first no matter what anyone else says or feels.

The point of view presented matches each character perfectly because they're all so different from each other.

The ending is satisfying because it shows that even though life sometimes gets tough, there's always something we can do to make things better like start looking for new sources of cheese or simply accepting what has happened and moving on with our lives.

A lot of people might say they don't want their cheese moved but at the end of this book, everyone agrees that change happens whether you want it or not and the best way forward is by remaining open-minded about your future possibilities while taking action now instead of just complaining all day long.

In the story, the cheese is a metaphor for anything that we may be afraid of losing or changing in our lives. The book teaches us how to handle change head-on, without fear or anger, and to embrace new opportunities as they come our way. It's a quick and easy read, but it has the potential to change your life if you allow it.

No matter how we react to change, the most important thing is to remain open-minded and proactive about our future. We don't have control over everything that happens to us, but we do have control over how we react to it. The principles from 'Who Moved My Cheese?' can help us to stay positive and motivated during difficult times, and help embrace change by moving out of our comfort zone.

Spencer Johnson was a successful author and speaker who wrote many books on the topic of change and other themes. His most famous book is 'Who Moved My Cheese?' which tells the story of four characters who learn to cope with changes in their lives.

Johnson was a graduate of Notre Dame High School. He graduated from the University of Southern California in 1957 with a bachelor's degree in psychology and his MD from the Royal College of Surgeons. Johnson resided in Hawaii and New Hampshire. He worked for the Harvard Business School and the John F. Kennedy School of Government. He had been married to his wife, Lesley Bostridge, and had three children, Christian, Austin, and Eme.

'One Minute Manager' talks about one-minute goals, praisings, as well as reprimands. He wrote this book along with Ken Blanchard and published it in 1982.

The story 'Who Moved My Cheese?' by Spencer Johnson, MD, is a simple and intriguing parable that can be interpreted in many ways depending on how you look at life. It tells the story of two mice named Sniff and Scurry as well as two Littlepeople who are looking for cheese when their supply runs out. The Littlepeople and Mice have different reactions to these changes in their lives; one reacts with fear and anger, while the other reacts with an open heart and mind, making him more able to adapt quickly to his new situation.

What does cheese represent in 'Who Moved My Cheese'?

Who were Hem and Haw in 'Who Moved My Cheese'?

Hem and haw are the two Littlepeople who are in the story of 'Who Moved My Cheese?'. They are the ones who are looking for new cheese when the old cheese runs out from the cheese station.

Why did the author use two little animals and two little people to make his point?

Because this is a story designed to be understood by all people, the author needed the main characters to represent an idea on an everyday level that most everyone could understand, and thus, the key idea of using cheese as a metaphor was created.

When was 'Who Moved My Cheese?' written?

'Who Moved My Cheese?' was written in 1998 by Spencer Johnson, He wrote this book because he wanted people to understand human nature and it's important for us as individuals to re-wire our complex brains to accept changes so we don't get caught off guard when they come along unexpectedly.