Fascinating Facts About Machu Picchu: Peru's Wonder Of The World 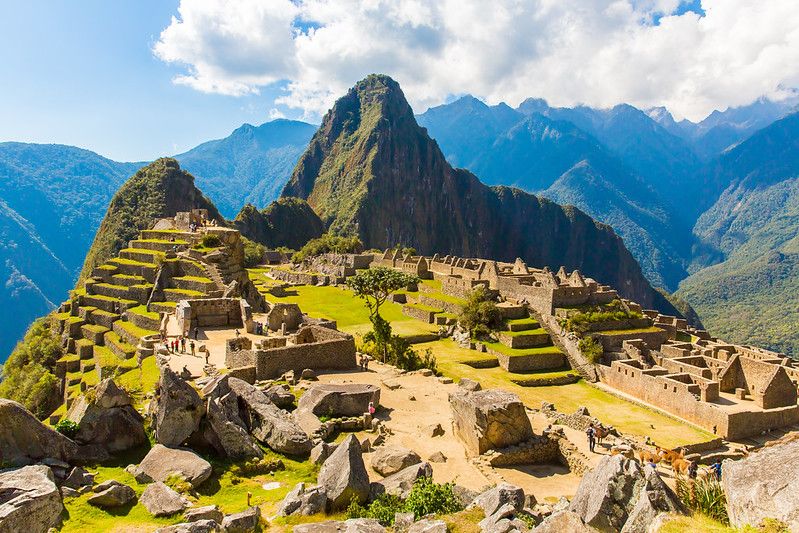 One of the world's most attractive tourist destinations, the remnants of Machu Picchu, have great stories to tell.

The human world was oblivious of the existence of Machu Picchu until the 19th century as it was shrouded from their scrutiny by a thick, cloudy blanket of forest cover. However, connections with the locals allowed the government of Peru, Yale University, and the National Geographic Society to sponsor expeditions to the site.

The secrets of the Inca civilization remained shrouded in mystery to the entire West until Hiram Bingham, the professor of Yale University threw light upon its existence in 1911. Since then the Inca ruins have piqued the curiosity of archaeologists and researchers. It is popularly maintained that the historical city of the Incas was constructed around the 1450s. However, radiocarbon dating by professor Burger revealed that this Inca site of Peru dates back to 1420-1530 AD. during which the Inca rulers named Pachacutec Inca Yupanqui followed by Túpac Inca Yupanqui reigned. Some archaeologists hold the view that this royal estate was particularly utilized by Pachacutec for celebratory retreat after successful military conquests. Machu Picchu was acknowledged as a UNESCO World Heritage site in the year 1983. In 2007, the historical Peruvian city was unanimously categorized among the seven New Wonders of the World.

If you liked reading this, you can also enlighten your kids with some of these mind-boggling facts about Hawaii and facts about coral reefs.

If you've had the privilege to visit Machu Picchu then you are already acquainted with the majestic beauty of the Inca city. The location of this ancient city on the mountain top renders it a unique sight.

Situated high on the Andean slopes of Cordillera de Vilcabamba, in southern Peru of South America, Machu Picchu is an Inca citadel. It is positioned at a height of 7,970 ft (2,429.2 m) above sea level just above the Urubamba or Sacred Valley, in the northwestern region of Cusco. The Inca site is located above the Urubamba river. While the three sides are surrounded by the cliff with the river flowing underneath, the steep mountain ranges on the fourth section concealed the city from the view of intruders. Perhaps this acted as military defense and saved the site from the intruders. The location of this Incan empire saved it from Spanish invasions. While the summers are humid and sultry, the winters are extremely dry and chilly. Annual rainfall occurs between October and March.

Interesting Facts About Machu Picchu And Its Construction

These lesser-known Machu Picchu facts offer insight into how the ancient civilization thrived in the heavenly city of Peru.

Hiram Bingham started off on an expedition to discover Vilcabamba, the 'Lost City of Incas'. However, as fortune favored, a Quechua-speaking native unwittingly led him to this unexplored site of Machu Picchu. Bingham presented his evidence derived from the excavations of the newly uncovered site as the reason behind naming the site Vilcabamba. This inference was later rejected as Vilcabamba was identified with another discovered ruin, that is, Espíritu Pampa. The latter was extensively used by the Incas as around 300 houses and over 50 other structures were excavated.

The construction techniques of Machu Picchu are an engineering marvel. The city was segregated into two sectors namely the agricultural and urban sectors. The town was further divided into upper and lower sections. The central square has an arrangement of 200 buildings. People belonging to the lower sections of the society occupied the Residential Section. This section has simple houses and storage. On the other hand, the nobility acquired the houses constructed on slopes, the wise men called Amautas, lived in red-bricked houses whereas the princesses called ñustas stayed in houses shaped like trapezoids. Sacrifices and last rites were performed in the interiors of the stone block of Monumental Mausoleum. There was also a guardhouse or caretaker's hut used by the watchful soldiers who maintained a strict vigil on Machu Picchu's entrances.

The Incas implemented what is called wayrona, a three-sided, styling in their architecture. For building purposes, a technique was used where stone blocks were cut in such a way that there was no need for mortar. This technique was called ashlar. Did you know that the Incas built a secret rope bridge to give access to the Inca military forces? Archaeological excavations unearthed the significance of the Room of the Three Windows, the Temple of the Sun, and the Intihuatana stone. All these structures were solely devoted to their revered sun god named Inti. If you ever travel to Peru, don't miss out on the spectacular monument of Torreon or the Temple of the Sun in Machu Picchu.

The name of this famous Inca empire holds a special significance. Let's see the meaning.

The term Machu Picchu has been derived from the Quechan language where 'machu' stands for 'old' while 'pikchu' translates to a multi-sided pyramid or cone. It has thus been inferred that 'Machu Picchu' has obtained its name from 'old mountain'. The word is commonly pronounced by the Spanish as well as the English with a silent first 'c'. The name 'old mountain' has been attributed due to its location atop the Andean mountain range and rich heritage.

Machu Picchu undoubtedly played a crucial role in the historical past but it still continues to hold an important position.

Previously, the ruins of Machu Picchu were erroneously known as the 'lost city of the Incas'. The stone citadel was a royal refuge. Only individuals belonging to the highest hierarchical order were permitted entry into the citadel of Machu Picchu. In the current scenario, the ruins of this great Inca empire are considered one of the hotspots for attracting tourists from all over the world. Researchers and scholars from across the globe have flooded the site to know more about Machu Picchu and its civilization. The tourism industry contributes enormously to the economy of Peru as the locals have access to jobs as tour guides, porters, photographers, and others. The villagers and cultural groups dwelling around Cusco are also benefitted as people from abroad fly down to learn about their language and traditional culture.

Since the Inca empire remained unexplored for a long time, its unfurling secrets are extremely mystifying. Here are some cool facts about Machu Picchu!

It is believed that the Incas evacuated Machu Picchu in anticipation of Spanish conquests. Although Machu Picchu was Pachacutec's royal estate, it's believed that the city was inhabited by a very small population of around 750 individuals. Most of these people were either mayocs (workers) or yanaconas (support staff) employed to look after the entertainment and comfort of their king. Religious specialists also inhabited the place and were mostly in charge of the maintenance.

Skeletal remains of both inhabitants, immigrants, and animals have been discovered from the area. Evidence points to the existence of alpacas and llamas. Remains of guinea pigs near burial sites suggest that these animals were used for burial rituals, sacrifice, as well as meat consumption. Are you aware of the diet of these ancient city dwellers? Their diet chiefly comprised varying proportions of grains, legumes, potatoes, maize, and comparatively little amounts of fish.

Here at Kidadl, we have carefully created lots of interesting family-friendly facts for everyone to enjoy! If you liked our suggestions for facts about Machu Picchu then why not take a look at facts about trees or facts about Beethoven?