Figuring Out The Bugs: When Do Lightning Bugs Come Out? | Kidadl

Figuring Out The Bugs: When Do Lightning Bugs Come Out? 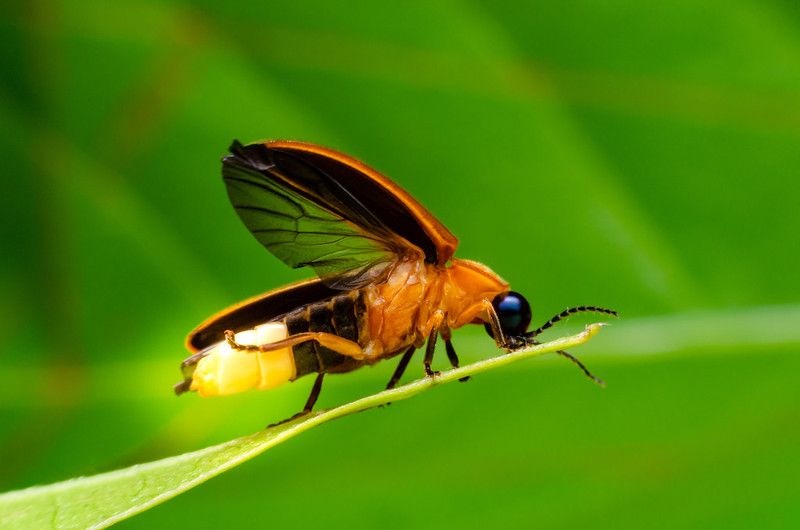 Fireflies, also known as lightning bugs, are wonderful and mystical creatures that people love to watch.

The flashes of fireflies amaze people and some people even feel that these come from the heavens. An interesting thing about these insects is that you can only see them at specific locations and for a certain period of time, which occurs at night.

Fireflies are neither a bug species nor flies, they are beetles, just like rhinoceros beetles and ladybugs. Just like other species of beetles, lightning bugs have a pair of hard wing cases, known as elytra. There are nearly 2000 species of firefly beetles around the world. Many species often share one habitat. The Fireflies species are active during the night and hide themselves during daylight.

On a warm summer night, the flash of fireflies or fire beetles can remind us of the carefree wonder of childhood. As the firefly season approaches, their fascinating light show can arouse curiosity and stimulate our imagination. Do you ever wonder how fireflies actually emit light? Bioluminescence is the answer to this question. They produce a chemical known as luciferin or luciferase and this allows these insects to emit light. Although this chemical is used in food and biomedical industries, most of these companies produce this chemical (luciferin/luciferase) synthetically. This synthetic production is harmful to firefly populations. Some organizations pay people to collect and deliver these little creatures to them. This is also dangerous for this species of firefly. Some other reasons behind declining firefly populations include climate change, habitat destruction, pollution, and pesticides.

An amazing fact about the firefly is not only that it emits light but that its eggs glow too. This is because the larvae that are inside the eggs flash from inside in response to a disturbance. So why does the lightning bug flash? Scientists believe that fireflies flash their lights to attract mates. However, some species can glow their lights not only during the mating period but throughout the course of their life. Moreover, some larvae and adults exhibit light to warn off predators. Fireflies produce a substance called lucibufagins that tastes awful to most predators. The members of some genus, such as photuris, do not secrete enough of this chemical and as a result are likely to be eaten by predators. Apart from these reasons, lightning bugs also use their glowing flashes to identify their own or to distinguish males from females. Some scientists assume that female bugs use the light patterns exhibited by males to select their mates. If a female is waiting in grass, shrubs, or trees and likes what she sees, she replies with a flash. Both male and female will be involved in this flashing conversation until the male identifies the female. The higher the rate of a flash, the greater the intensity to attract a female firefly. Every species has its own light pattern to locate mates, especially when they fly.

All species of fireflies live on five continents including Asia and America (especially North). They love warm and humid weather, therefore, they mostly come out in summer. In the US region, you can see them in May, June, and July. However, in Texas, you can watch them from October to November, under the right weather conditions. They are located on the eastern shore of the United States, from Georgia to northern Pennsylvania. Thousands of people go to the Elkmont Firefly Festival in Great Smoky Mountains National Park and to the Pennsylvania Firefly Festival in the Allegheny National Forest to watch the 'light show' of Photinus carolinus. During daytime hours, fireflies usually hide in tall grass on the ground and come out at night when environmental conditions are favorable.

Fireflies are insects that usually eat prey like snails, worms, and other tiny, soft-bodied creatures. Adults of some species feed on other fireflies. For instance, the firefly of genus photuris mimics the illumination pattern of the female of another firefly genus, photinus, and then proceeds to eat the males of the photuris genus.

If you enjoyed this article, you can also check out more interesting facts that cover questions like how often do bed bugs feed and why do bugs like light?

What time of year do lightning bugs come out?

Gazing fireflies or lightning bugs is a hobby that many people like to do on summer nights. But when can you expect to see their amazing glow that might illuminate your backyard? The weather could give you a hint.

Fireflies have an interesting relationship with the weather. The larvae of these insects hide themselves during winter, become mature during spring, and then emerge in early summer, particularly from May to June. The exact date these animals might emerge in your backyard is somewhat a mystery and varies every year. However, scientists assume that there is some magical bond between fireflies' appearance, air temperature and rainfall. These small animals love warm, wet weather which helps them to survive. Therefore, in places where summer arrives early (before May and June), the chance of an early emergence of these beetles near gardens, lawns, backyards, and trees is high. Sometimes this can happen as early as late spring. The warmness of early summers tricks fireflies into believing that it's later in the season than it is. Therefore, they emerge earlier. Mild winters also increase the chances of a larger population of young fireflies. Wet springs also cause earlier firefly light displays, probably because of the emergence of snails, slugs, and pillbugs after rain, on which the larvae feed. In contrast, dry climates, like droughts and heat waves, give trouble to firefly eggs and juveniles and can result in their death. These weather conditions also cause delays in the appearance of the individuals of the firefly species.

Do lightning bugs come out of the ground?

Fireflies don't dig holes underground. They also do not require sunlight to revive their lights.

Fireflies are nocturnal insects that are not active during the day and usually hide on the ground amongst the tall grass in fields, lawns, gardens, and forests. Tall grass gives them shelter to cover from sunlight and also provides a good standpoint for sending and receiving signals at night. As the sun sets, these insects begin their night's work.

Why do lightning bugs come out at night?

Weather plays an important role in the emergence of fireflies at night. How many times you'll be lucky enough to see their lightning bug flashes depends on various environmental factors.

You can see the flashes of fireflies only in summer and only at night. These are nocturnal animals that love warm and humid evenings and nights as the temperature is fine for them and therefore they exhibit quick flashes. On cooler nights, fireflies take much longer to give just a single illumination glow as they fly. This is because they are cold-blooded small animals that depend on the heat of their environment to help them function properly. Hence, their activity is highest when temperatures rise and lowest when the temperature drops. If you search for fireflies, you will find them in bushes. However, rather than searching, it's best to wait to see them when they come to life so that you can see their light!

Why do lightning bugs only come out for a short time?

You will only see fireflies for a very short period of time such as 15-20 days. This is because they have a short life cycle.

Adult fireflies live for a short time, enough to mate and lay eggs. During their adult period, fireflies do not eat anything, they just search for a partner, mate, lay eggs and die. Adults can only live up to two to three weeks. Fireflies spend most of their life as larvae and live for approximately two years. Interestingly, not all adults exhibit light but all fireflies experience glowing larval stages. The larvae are armored and grub-like wild predators that eat prey like slugs, snails, and earthworms. Any fireflies you see on your lawn next summer will be the result of successful past mating and you can thank their parents for their beautiful flashing.

Do lightning bugs come out if it is going to rain?

The probability of the appearance of fireflies after rain is higher than before rain. You often see lightning bugs after rain because it brings out food for these insects.

Temperature also plays a significant role in the emergence of fireflies. The rain makes soil damper which results in the occurrence of food like snails, slugs, pillbugs, and earthworms. Fireflies love the rain and moist environments. Therefore, these muggy condition lovers are usually found in humid areas of Asia and the Americas.

Do lightning bugs come out every year?

Yes, fireflies usually come out in the summer, whereas winter fireflies come in the winter season but do not flash any light.

Lightning bugs have a small lifespan; they live about two years as larvae and few weeks as an adult. They come out only for a short period of time and this is probably after rain. Therefore, you will see them every year but only for a limited time.

Here at Kidadl, we have carefully created lots of interesting family-friendly facts for everyone to enjoy! If you liked our suggestions on the question: when do lightning bugs come out, then why not take a look at where do stink bugs come from or stink bug facts?