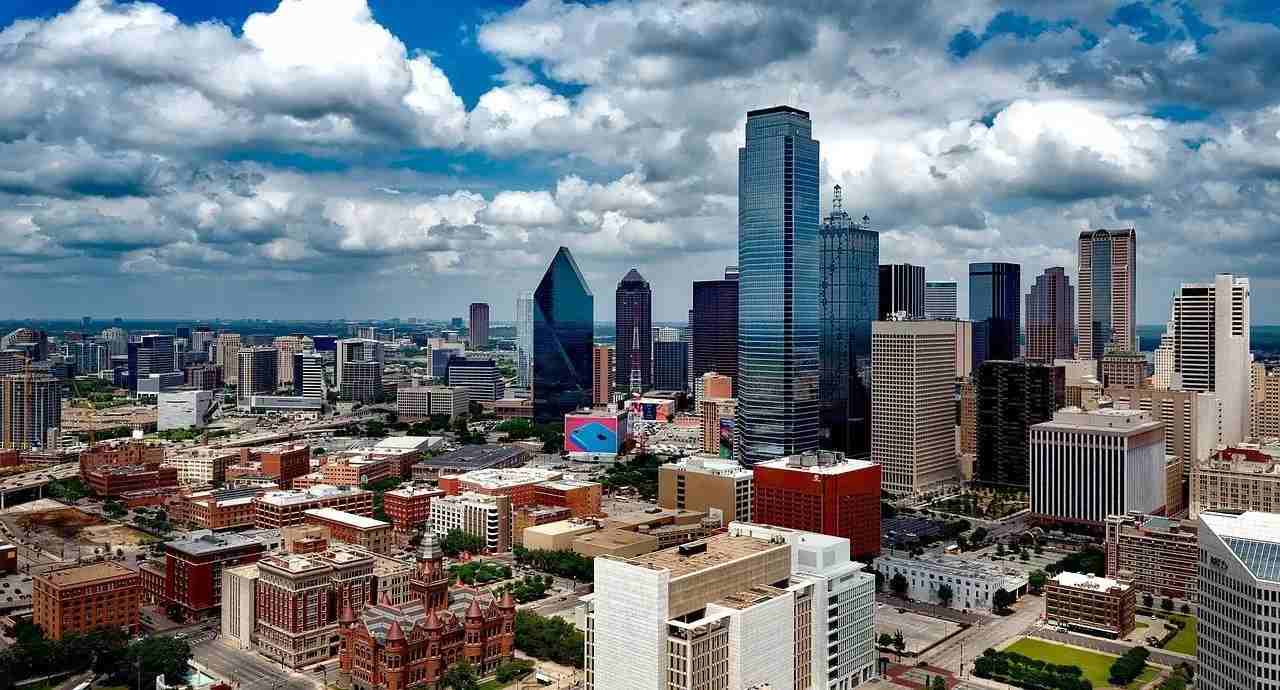 Before you visit the beautiful city of Dallas, check out this article and find out all you will need to know to have a great experience.

The establishment of large railroad lines through the region allowed access to cotton, livestock, and eventually oil in North and East Texas, which led to the development of Dallas and neighboring Fort Worth. With four main interstate routes intersecting in the city and a fifth interstate looping around it, the Interstate Highway System cemented Dallas' position as a commercial center. Due to the interconnection of significant railroad tracks, interstate roads, and the development of Dallas/Fort Worth International Airport, one of the world's biggest and busiest airports, Dallas grew into a strong industrial and financial center and a major interior port. Fort Worth is the neighboring county next to Dallas. Dallas is also known as the Global City or Alpha City as per the Globalization and World Cities Study Group and Network.

John Neely Bryan was the founder of Dallas. He settled on the east coast of Trinity around November 1841. This place served as an ideal post for conducting trade with the migrating population.

Dallas Arts District is recognized for the starkly angular Meyerson Symphony Center, the magnificent Winspear Opera House, and the large collection of works at the Dallas Museum of Art, which spans ancient periods to the present day.

The city ambassador of the Dallas area is a 55 ft (16.6 m) statue whose name is Big Tex and he is showcased during the state fair. The State Fair of Dallas is an annual fair that is held in a historical park.

Arlington is to the west of Dallas. The University of Texas at Arlington (UTA), which has a contemporary planetarium, is located here.

Dallas Airport holds the record for having one of the world's largest parking lots.

White Rock Lake is a reservoir in Dallas, Texas, located in the northeastern part of the city. White Rock Creek, which currently expands into the reservoir before heading south out of the embankment and flowing into the Trinity River, was dammed to create the lake.

The famous movie director Oliver Stone has shot three major movies in Dallas, all of which were super hits.

From 1958 until 1964, the Dallas Rangers were a high-level minor league baseball team based in Dallas, Texas. They were known by multiple names including the Dallas Steers and the Dallas Eagles.

Reunion Tower, a ball-shaped observation deck with expansive views, is located in downtown Dallas, which is a lively business center.

Dallas Native is a real estate agency in Dallas that helps you with any and every problem you may face with real estate.

The Dallas Wings are an all-women professional basketball team from Arlington, Texas, in the United States. In the Women's National Basketball Association, the Wings compete in the Western Conference. The Texas Rangers is a famous basketball team and franchise in the United States that is situated in the Dallas–Fort Worth metroplex. Texas is a part of the American Association West division in Major League Baseball.

The Super Bowl is the National Football League's yearly championship stadium game. Since 1966, the Super Bowl has replaced the NFL Championship Game as the final match of each NFL season. It is played in a rugby stadium.

The Dallas Mavericks are an NBA basketball franchise based in Dallas, Texas. It is owned by the tech billionaire Mark Cuban who is also a cast member of the famous show 'Shark Tank'.

Dallas is the place of residence of seven pro sports teams, including the NFL's Dallas Cowboys, the NHL's Dallas Stars, the NBA's Dallas Mavericks, the WNBA's Dallas Wings, the MLS's FC Dallas, and the MLB's Texas Rangers, as well as NASCAR and Indy driving. There are also over 200 golf courses in the neighborhood.

In Dallas, the term 'Super Bowl' was coined and used for the first time. In a message to NFL commissioner Pete Rozelle, Lamar Hunt invented the phrase Super Bowl. Despite the fact that it was originally referred to as the 'AFL-NFL Championship Game,' the title 'Super Bowl' was chosen for the game, and it has been called that ever since.

The Dallas Arts District is spread across 68 acres (0.28 km²) and houses many museums, performance spaces, and galleries. Dallas has one of the largest art districts in the world.

Dallas was home to the first professional cheerleading team. The Dallas Cowboy Cheerleaders squad became the first specialist cheerleading squad in 1972. Dozens of women from all across the United States now audition to be a part of the group, who hold the official nickname of America's Sweethearts.

Barney, the giant purple dinosaur that is loved by many children, was also created in Dallas! Famous singers such as Selena Gomez as well as Demi Lovato got their big break on this popular television show.

Chile con queso and chips with salsa on the side is a popular appetizer and bar food in North Texas, and it's delicious when done right! Light, crispy chips are required for this appetizer to be a hit.

If we had to pick just one, Tex-Mex would arguably be the preferred cuisine of the area. Tex-Mex, after all, is said to have originated in Dallas.

Frito Pie was also invented in Dallas. It's a simple favorite: pile your favorite Texas chili ingredients on the upper side of Fritos chips. With the addition of mozzarella, red onion, jalapenos, and/or cucumber slices, you have a loaded and deliciously crispy dish.

In 1919, the pecan tree was designated as Texas' official state tree. The pecan is also the official nut of Texas so it's simple for Texans to make the best pecan pie ever using their own homegrown ingredients.

Fajita flesh, produced from beef skirts, was invented by Spanish ranch workers in Texas. Everyone enjoys traditional fajitas (served skillet-style with leafy greens and piled up on a flour tortilla), but the people of Texas have gotten quite creative with this delicious food, presenting it on nachos, quesadillas, and tacos as well.

The climatic condition in Dallas-Fort Worth is warm and moist subtropical, with warm summers. It is also transnational, with a wide annual range of temperatures. Rainfall varies greatly as well, ranging from 20-50 in (50-127 cm).

Winters are pleasant but encounter issues that occur a few times each month and are frequently accompanied by extreme temperature decreases. Durations of freezing conditions are brief so even in January, mild temperatures are common.

Here at Kidadl, we have carefully created lots of interesting family-friendly facts for everyone to enjoy! If you liked our suggestions for 121 Fun Facts About Dallas Texas To Know If You Plan On Visiting There, then why not take a look at Texas Alamo facts or Texas symbols.