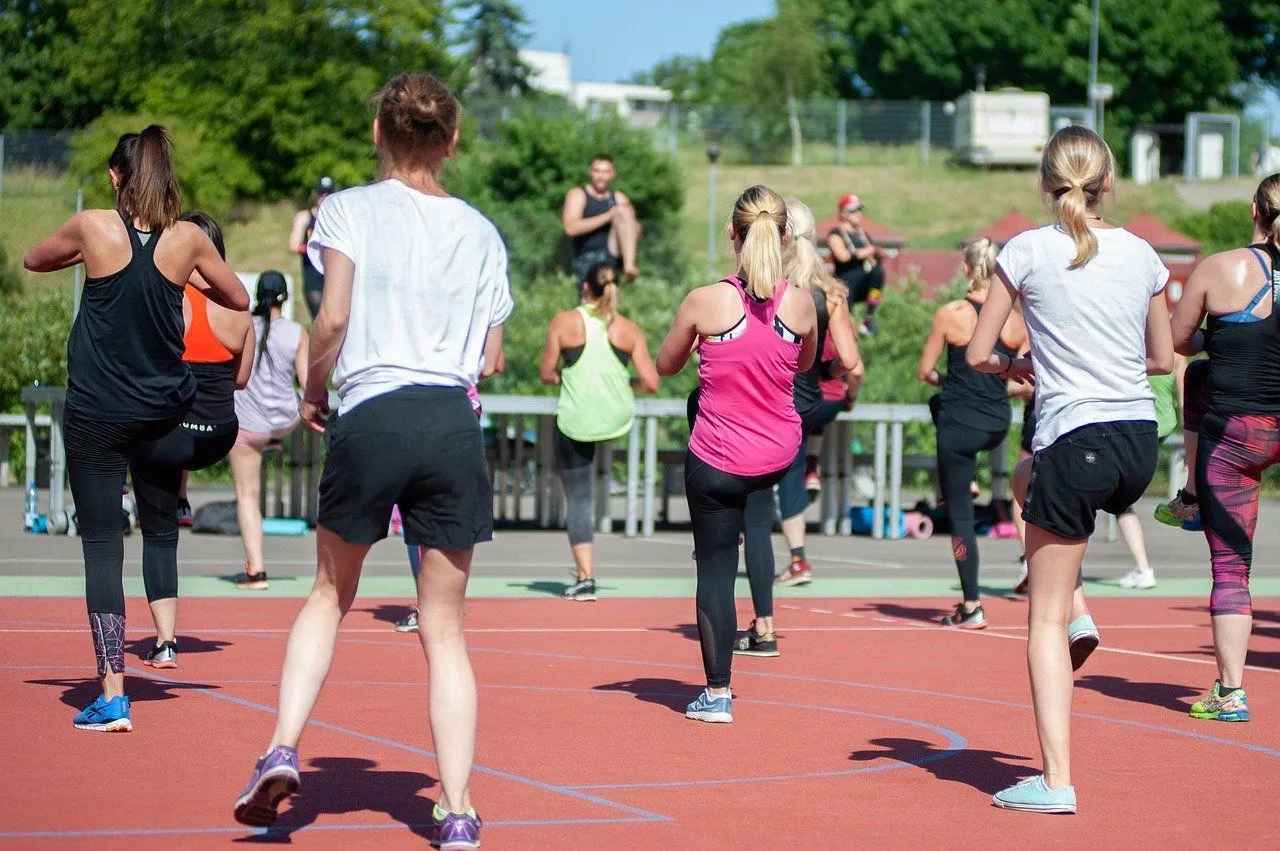 The fitness system includes various dance styles, easily encouraging people to participate. And it not only burns calories but also gives a positive physical image of themselves.

Although similar to an aerobics class, Zumba workout is predominantly based on dance moves to Latin-inspired music and style that gives electrifying joy to the person practicing it. In contrast, aerobics raises fitness levels with a structured cardio workout and strength training. People who dance Zumba have accepted that it improves fitness levels by giving the entire body a vigorous workout through the fun element of dancing. In aerobics, toning sticks to working and exercising on each body part. Thereby Zumba fitness has gained a huge demand in the new generation as it aids mental health too. There are different types of Zumba classes, and the program is immensely sought after by active older adults. Like absence makes the heart grow fonder, Zumba burn makes the heart grow fonder of the bodies they belong to.

Although this form of dance routine was quite popular in Iran, the Zumba workout was banned in 2017. It has been well-favored throughout the world for a while now. Usually, most Zumba classes engage in interval training with Zumba music which is generally a piece of very Latin-inspired music considering the origin but the toning sticks used are quite a new addition. It also includes dance moves to tango music, belly dancing, hip hop music, samba music, flamenco music, and tango. Zumba instructors make sure that Zumba fitness is fun with music tapes from all around the world.

If you like this article on facts about Zumba, then you should check out articles on why do people dance and famous kid dancers facts too!

One of the major myths of Zumba toning is that it is a dance form like salsa and contemporary. Zumba brings dance into the scene with various kinds of music in the background, but it is primarily a trick to incorporate the fitness regiment. Before anyone knows, the routine is strengthening muscle groups and shedding obesity amidst enjoying it.

The second myth about Zumba dance is that only thin people can do it. Like many other body myths, this one is no surprise here. The benefits of Zumba are extended to people of every body shape and size. Trained instructors will set up a schedule according to your body and everyday discipline at a Zumba class. It is an enjoyable and straightforward process with good health benefits and no discrimination by any means.

A false myth that often makes the rounds in the corners of Zumba class is that any person can be a Zumba fitness instructor. Like an aerobics instructor, instructors of Zumba receive the authority to be so after getting licensed, and only they are to conduct a Zumba class with all safety and fun.

Another popular myth about what Zumba offers is that it is based on only one fitness program. In reality, a Zumba class is conducted with various practiced styles according to one's preference, body type, and routine. It is a convenient process but is extremely methodical and scientific.

The myth that needs to be debunked for the instructors is that a Zumba fitness instructor does not have good prospects in the field. Someone who has a dedicated approach towards the field of Zumba will usually have good job prospects. An instructor can travel all over the world, especially since Zumba is in avid demand now, can have their own institutes, and therefore can make an impact on hundreds of students. In this era, when people often struggle to gain motivation and suffer from body insecurity, this form of exercise can change their lives, but it depends on the instructor. Hence, it is a wonderful option if one genuinely wants to go forward with it in their life.

Lastly, as patriarchy has never entirely failed to push forward a stereotypical theory ahead, Zumba is no exception. It is often believed that men should not indulge in this form of fitness regiment as it involves dancing and light-hearted exercise. But of course, it is a wrong theory. Suppose something has the necessary health benefits suitable to any body type irrespective of gender or physical structure or anything for that matter. In that case, there is no harm in indulging in it. And truthfully, who does not love dancing as a form of burning calories and gaining strengthening their view of their bodies? Zumba makes life better, you see!

The word Zumba was initially created as the name of a brand of which the original name was 'Rumbacize,' which emerges from the Spanish word 'rumba,' meaning dance partying.

It was created by a Columbian choreographer Alberto Pérez, dearly known as 'Beto' in 2001. He later partnered with Perlman and Aghion to launch the first Zumba class. In Beto's words, it was an improvisation of aerobics but with dance moves and using music from Latin-inspired tunes. Since then, it has been an absolute breeze with the right amount of fitness and recreation, and it has been proven that Zumba improves mental and physical health.

As a fitness regiment, Zumba has many facts that are necessary for people to be aware of, especially if they wish to take it up.

Starting with the fitness program, it is usually a myth that the program is based on one style, but it is a myth for a reason.

The different styles are :

The benefits of Zumba are related to posture improvement, the exercise of joints, arm curls, muscle, shedding calories that caters to chronic heart problems and knee injury, and it can elevate a person's mental health and sense of security in themselves. Zumba toning can result in not just people with specific bodies but also the glow of feeling happier because of feel-good hormones.

In conclusion, Zumba facts are the kind of facts that can easily make people fall in love with it. Imagine what happens when they start the program in itself.

Zumba classes are a fun fitness hub, and the music played plays a huge part in the enjoyment of this aerobic activity. It all started with Latin music.

But why so? On one fortune day, when Alberto Pérez was about to go for his aerobics class, he did not possess the usual music CDs. Hence, he improvised it with Latin-themed music with more energetic dance with a dash of hip hop, and that's how we got the first Zumba class. From sleeping on benches to approaching gym members and instructors, it had been a tedious journey for him to get Zumba into the limelight but today. Today he offers programs like Aqua Zumba, Zumba sentao, Zumba kids, Zumba gold toning, Zumba kids jr for every age group, gender, and body type.

But rumor says that Zumba became more famous in the US after Michelle Obama had conducted a class outside the White House.

To continue the chain of fun facts, it has been noticed that all the eventual founders of Zumba carry the similar first name 'Alberto.'

It is divided into two parts: psychological and physiological, and hence, that is what makes Zumba different from other forms of exercise.

For people who wish to know the origination of the name, let us tell you that 'Zumba' as a particular word bears no meaning to it. It hints at joy in life, and therefore, the name suites the activity.

Compared to other fitness programs, Zumba costs comparatively less, making it a more approachable option of working out with the right amount of laughter and amusement.

In the recent estimation, it has been recorded that almost 15 million people around the world attend Zumba classes.

From what is understood, facts about Zumba are limited but very beneficial to people who wish to learn Zumba and a lot more about it.

Here at Kidadl, we have carefully created many interesting family-friendly facts for everyone to enjoy! If you liked our suggestions for Fun And Cool Zumba Facts, why not take a look at traditional Korean dance facts or fan dancers facts?