How Fast Can A Black Bear Run? Ferocious Facts You Didn't Know Before | Kidadl

How Fast Can A Black Bear Run? Ferocious Facts You Didn't Know Before 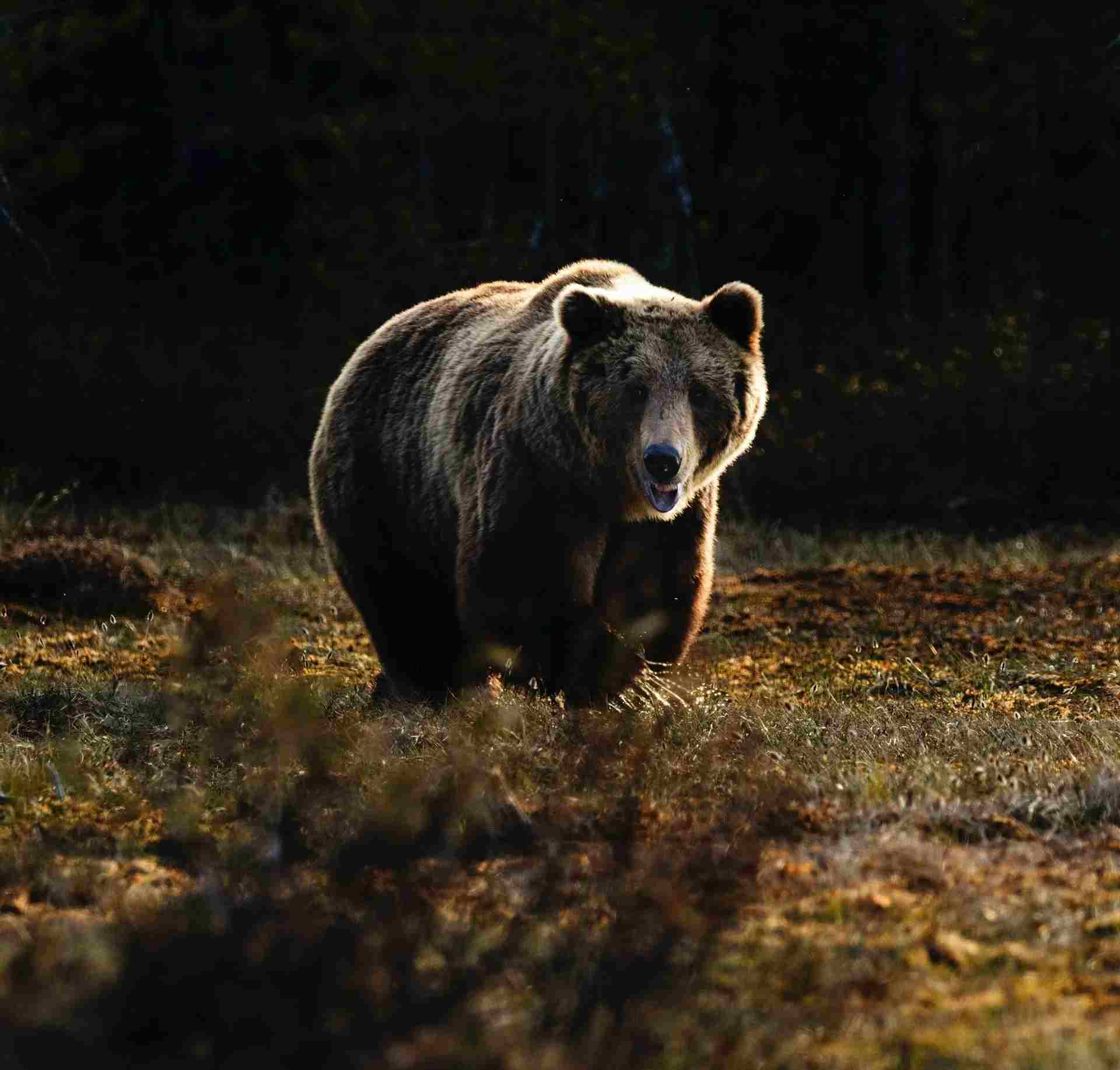 The black bear is a mighty predator that hunts primarily on land.

Contrary to popular belief, black bears do in fact run. Even more, the American black bear is one of the fastest bear species in North America, the others being the grizzly bear and the polar bear.

The black bear, being a large predator, needs to chase down its prey on occasion. The popular and common perception of seeing teddy bears as chubby and cute is deceiving because a black bear is a scary predator with sharp claws that can rip open human flesh in a simple swing. This will almost certainly be fatal. In fact, it is the reason why in cases of bear attacks, people are told not to try to outrun a bear when a bear charges. Even the world record holder Usain Bolt with a top speed of 27.7 mph (44.7 kph) could not outrun a bear! This task for an average human thus becomes practically impossible.

If you enjoy reading fun articles such as this, why not continue reading how do snails get their shells and how do birds fly here on Kidadl?

The Average Speed Of A Black Bear

The black bear uses it speed to capture prey or avoid other predators. This makes it very difficult if a bear is chasing you. There is no way that a human could outrun a bear. Although it is important to remember that black bears will not attack you unless they feel threatened. Female bears may attack if they think you are a threat toward their cubs. Indeed, this is the main reason why bear-related incidents take place.

How do black bears run so fast?

Looking at a black bear, you may not think it is as swift as it is with its thick fur, lumbering body, and flat feet. Most bears have a body weight, ranging from 88-440 lb (45-200 kg). A black bear's body contains several augmentations that enhances its running capabilities.

Firstly, the black bear is a smaller member of the extant families and is able to reach higher speeds when moving at a full pace compared to other bears. Under the thick layer of fat that deceives you into thinking its slow, the black bear uses its strong hind legs, which contain hind limbs. Black bears use these to propel itself to high speeds. It uses its long claws, that are 2-4 in (5-10 cm) long, to provide itself with additional grip. To give you an idea of the kind of grip the claws provide to a black bear, the black bear uses these claws to climb trees. However, while it may give them an advantage on soft surfaces, on hard surfaces such as asphalt they slow them down considerably. It is interesting to note that such high speeds can be maintained by a bear not only for short distances, but for extended distances, ranging from 50-110 yd (45-100m). Some research has seen bears run up to a 0.25 mi (0.4km). In fact, most horses can not outrun a bear, since bears have a higher endurance.

There is a common misconception that bears cannot run downhill, while research indicates that black bears can keep pace with a horse while running downhill. While horses may be able to run for longer, the black bear may be able to catch it with its initial burst of speed. Not even a dog can outrun a black bear, even though both animals are part of the extended family of carnivorous species, with the dog having a maximum speed of 31 mph (50 kph). It is safe to say that most four-legged animals cannot match the speeds that bears can reach. Only a very small number of animals such as the cheetah may be successful at reaching faster speeds than a black bear.

To really gauge the capabilities of a black bear's speed, it can be compared to the speed of a grizzly bear. The grizzly bear, commonly known as the brown bear, is one of the eight extant families. It is much larger in size compared to an American black bear, and these bears have different colored coats of fur.

Can humans outrun a black bear?

The American black bear is a relatively harmless creature unless provoked by humans. In case you are in a situation where it looks like a black bear will attack people, do not try to outrun the animal. In the panic and fear of seeing a black bear running, it might seem sensible for humans to think they can outrun a bear. It may be the worst thing to do in case of a run in with a bear and will almost certainly cause fatal injuries.

Cases of a black bear attacking people are extremely rare. Most reported instances occur due to a bear feeling threatened and attacks to protect its cubs. People fail to realise just how fast black bears can run with their powerful limbs and back legs. To give you an idea, Usain Bolt, the fastest man, will only barely be able to outrun a polar bear. An adult polar bear that is running at the maximum speed possible for the bear, will reach a speed of 25 mph (40 kph), and this is at the lower end of the spectrum. You can understand that outrunning a bear is nothing short of a miracle! The best thing to do in order to give yourself the chance of survival is to play dead and hope that the bear will leave you alone.

When visiting an area known to have bears, such as during a hike or while using a national park service, be careful not to carry around food in open containers because this can attract bears. They are harmless when left alone and all they want to do is protect their cubs, a parental instinct that we as humans can understand very well. It is advisable that if you are in bear country with your family, carry a bear spray, which is a form of pepper spray for bears. It is a last resort defense in case you need it, as it disables the bear's vison temporarily. It will allow you to have a small window to get away and find help from someone like a park ranger, or the hospital if you need medical attention. Always remember, the bear will not engage with you unless it feels you pose a threat to it or its cubs.

Here at Kidadl, we have carefully created lots of interesting family-friendly facts for everyone to enjoy! If you liked our suggestions for how fast can a black bear run then why not take a look at how fast can an ostrich run, or black bear birth.