39 Impressive Aluminium Facts That All Kids Should Know | Kidadl

39 Impressive Aluminium Facts That All Kids Should Know 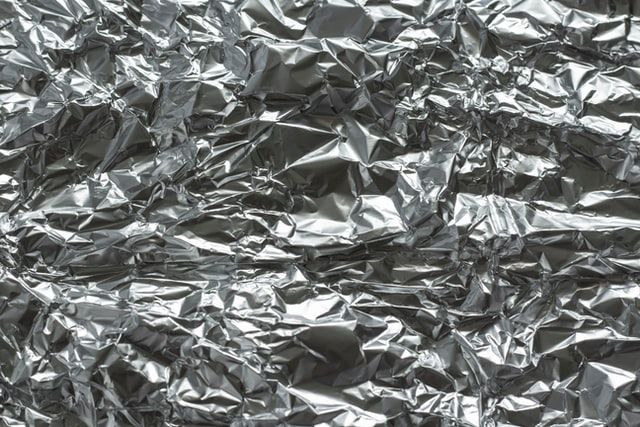 Aluminum, also known as 'aluminium' in British English, is one of the most abundant elements in the world and is quite versatile when it comes to its purpose and use.

It has no scientific name and it is recognized in the periodic table by its symbol Al, and atomic number 13. It has a density that is lower than the other common metals and is one-third of the density of steel.

Aluminum was first discovered by Hans Christian Orsted in Copenhagen, Denmark who described it as a lump of metal that partly resembles tin in luster and color.

Unlike carbon which is non-metal, aluminum has the properties of metals like luster, ductility, malleability, electrical conductivity, and the like which makes it extremely useful in the commercial industry, especially in the manufacturing of aluminum cans, aluminum plates, and aluminum powder.

A plethora of products from day-to-day life are made out of aluminum, but recycling aluminum is of utmost importance because it can be quite toxic to fish and gilled animals. It is completely safe for humans because it is often used in food and medicine packaging.

One of the most common, yet unique facts about this metal is that when exposed to air it develops a protective layer of oxide making it aluminum oxide because of its strong affinity with oxygen. Its silver and smooth shine make it almost akin to silver in resemblance, both in its ability to reflect light and stunning color.

It is soft, ductile, and non-magnetic. aluminum is alloyed with other metals to make it more useful than the aluminum extracted from bauxite ores. aluminum is known to have one stable isotope, 27 Al, making it the twelfth most abundant metal found in the universe. Another very important fact about aluminum is that the radioactive isotope 26 Al, is highly used in radio-dating.

It is almost always used as an alloy because it is a weak metal belonging to the boron group. aluminum has a strong affinity toward oxygen, therefore aluminum has a common association with oxygen that results in the formation of oxides. It is also one of the primary reasons why aluminum is found plentifully in the Earth's crust and rocks but not in the mantle.

Deemed a precious metal, aluminum alloys are also associated with mass-producing materials like aluminum cans, aluminum oxide, aluminum foil, aluminum plates, utensils, crockery items, and coatings for other corrosive metals like iron and copper rods. Some parts of modern planes have also been made of aluminum because it is lightweight and is widely available in the Earth's crust. It is found in the ore extracts of the bauxite ore as well.

Did you know, aluminum helps in blocking out bacteria, moisture, microorganisms, oxygen and other gases, and light? Some forms of aluminum like aluminum hydroxide can be found in medicine, which is often used to reduce acidity in the stomach or even to treat kidney failure.

Aluminum was first discovered in 1825 by Hans Christian Orsted who was a Danish physicist. By 1856 large-scale industrial production of aluminum mined from the Earth's crust had been initiated by Henri Étienne Sainte-Claire Deville, a French chemist.

The Aluminum Association was mostly related to the manufacture of medicines, fire-resistant, shock-resistant, and corrosion-resistant coating. In both World Wars, aluminum played a very critical role as the strategic resource for the construction of aircraft.

By the '60s, aluminum soda cans introduced by Coke and Pepsi became a mass-produced metal that was not lead or copper for a change. In the 21st century, most aluminum was used in engineering and construction, transportation as well as in the packaging industry in the US, Japan, and Europe.

Aluminum is also one of the metals which are easiest to recycle. 73% of cans made out of aluminum are made by recycling aluminum. Aluminum recycling is more cost and energy-efficient instead of manufacturing new ones. It is known as one of the most eco-friendly materials which are not only pocket friendly but also is a greener alternative.

Since aluminum is highly reflective, it can reflect 92% of the light which is great for not only making telescopes but also harnessing the energy needed from the Sun to run electrical systems. An aluminum roof reflects up to 95% of the solar energy it absorbs, which makes up for the energy needed to sustain buildings, houses, and other establishments in a much more sustainable way.

It is a well-known fact that most of the pure aluminum produced today is an ecological and energy-saving metal. They are widely used in the locomotive industry and aerospace because they're lightweight, and lighter vehicles need less fuel compared to heavier ones.

Aluminum facts are as versatile and abundant just as their availability and use. In this article, you will find a lot more other interesting facts about aluminum such as its scientific properties, its melting and boiling point, its uses in its pure form, and how it is compared to steel, iron, and other metals.

Aluminum Classification On The Periodic Table

Aluminum (Al), is a silvery-white, lightweight metal that is placed under the main Group 13 i.e. IIIa, or boron group in the periodic table.

The name of the metal has been coined from 'alumen,' the Latin word which was used to depict aluminum potassium sulfate also known as potash alum [KAl(SO4)2∙12H2O].

It is considered to be the most plentiful metallic element found in the Earth’s crust and the most extensively used non-ferrous metal. Aluminum does not occur in its metallic form naturally due to its chemical activity, but its compounds can be found in nearly all rocks, flora, and fauna.

Aluminum is known to be concentrated on the outer surface of the Earth’s crust to a depth of 10 mi (16 km), which is about 8% by weight; and is surpassed in amount only by silicon and oxygen.

Aluminum can be additionally found in igneous rocks and aluminosilicates such as feldspathoids, feldspars, and micas, in the clayey soil, and also in iron-rich laterite and bauxite. Bauxite happens to be the principal aluminum ore because it is a mixture of hydrated aluminum oxides. Aluminum is also sometimes present in other gemstones, such as garnet, topaz, and chrysoberyl as well.

Uses Of Aluminium As Metal In Everyday Life

Aluminum has countless uses in day-to-day life and is considered to be abundantly found, resulting in it being a metal with only one 2.2 lb (1 kg) being priced at 2.65 USD.

It is a lightweight silvery-white, metal that is also soft and malleable, making it easier to be used for making a variety of products including foils, kitchen utensils, cans, beer kegs, window frames, and even airplane parts.

The reason why aluminum is such a versatile element is because of certain properties like its low density, non-toxicity as well as high thermal conductivity. Additionally, aluminum is corrosion-resistant, non-magnetic, and is not prone to sparking which makes it ideal to be used in machine parts.

Mostly used as an alloy because pure aluminum is not particularly strong, it happens to be the second most shapeable and the sixth most tensile metal in the world.

To make aluminum stronger, however, it is often used in alloys with other stronger materials like manganese, copper, silicon, and magnesium that are lightweight as well.

They are widely used in constructing airplanes and other vehicles and are often utilized in making electrical transmission lines because it is twice as good as a conductor and relatively cheaper than copper.

The silver coating of aluminum is highly reflective thereby making them quite useful in manufacturing telescope mirrors, packages, and decorative paper, as well as toys.

Aluminum, however, is toxic to plants and gilled fishes in its soluble form so care should be taken while disposing of them. However, it is ideal to recycle aluminum items.

Aluminum, however, does not pose any threat to humans. Many foods have above average amounts of aluminum such as processed cheese, tea, sponge cakes, and even lentils.

Aluminum is sometimes used in treating stomach acidity as well. Indigestion tablets that are used to make these medicines are made of pure aluminum hydroxide.

Aluminum, although non-corrosive, has the potential to become tarnished when not in use. When it comes to small items, like kitchenware or pans and pots, cleaning them thoroughly with some soap and water, and then applying a paste or polish made from the cream of tartar usually does the trick. For other items like sheet metal, clean it with a dry piece of cloth, then proceed to sand the sheet metal, and finally use a cutting compound and a rotating metal buffer to polish it to perfection.

The mechanical strength of aluminum is nearly 7–11 MPa and Young's modulus of 70 MPa, making it higher in strength compared to the weight of copper.

Even if aluminum is considerably abundant in the Earth’s crust occupying about 8.1% of it, it is rarely found in its pure form and is naturally mixed. It is commonly found in minerals and ores like cryolite and bauxite which are called aluminum silicates.

Commercially produced aluminum is mostly extracted through the Hall–Héroult process where aluminum oxide is mixed into molten cryolite and then reduced electrolytically into pure aluminum.

Although making aluminum is highly energy-intensive, the result is 10 times more desirable because it is highly energy-efficient because of its reflective nature, does not easily corrode, and can be recycled easily.

Aluminum is also anodized to make it all the more useful and reliable for use. When it is anodized it is subjected to an electrochemical process that transforms the metal surface into an embellished, corrosion-resistant, durable and anodic oxide finishing.

Aluminum is quite a popular name in the metal market because it can easily produce lightweight components required in the aerospace and automobile industries. It has been extensively used in the production of lightweight transmission cables, evaporators, heat exchangers, radiators, and automotive cylinder heads.

Aluminum has proven to have excellent properties such as high strength to weight ratio, corrosion resistance, high tensile strength, formability, ductility, and recyclability, which are reasons why these aluminium alloys have been widely used.

Taking this into consideration, constant studies, research, and tests of the characteristics of aluminum alloys are being made to create new alloys with different chemical compositions. These are tested through experimental examinations such as hardness, tensile tests, as well as chemical tests. Leading to new innovations and the betterment of aluminum alloys in the market.