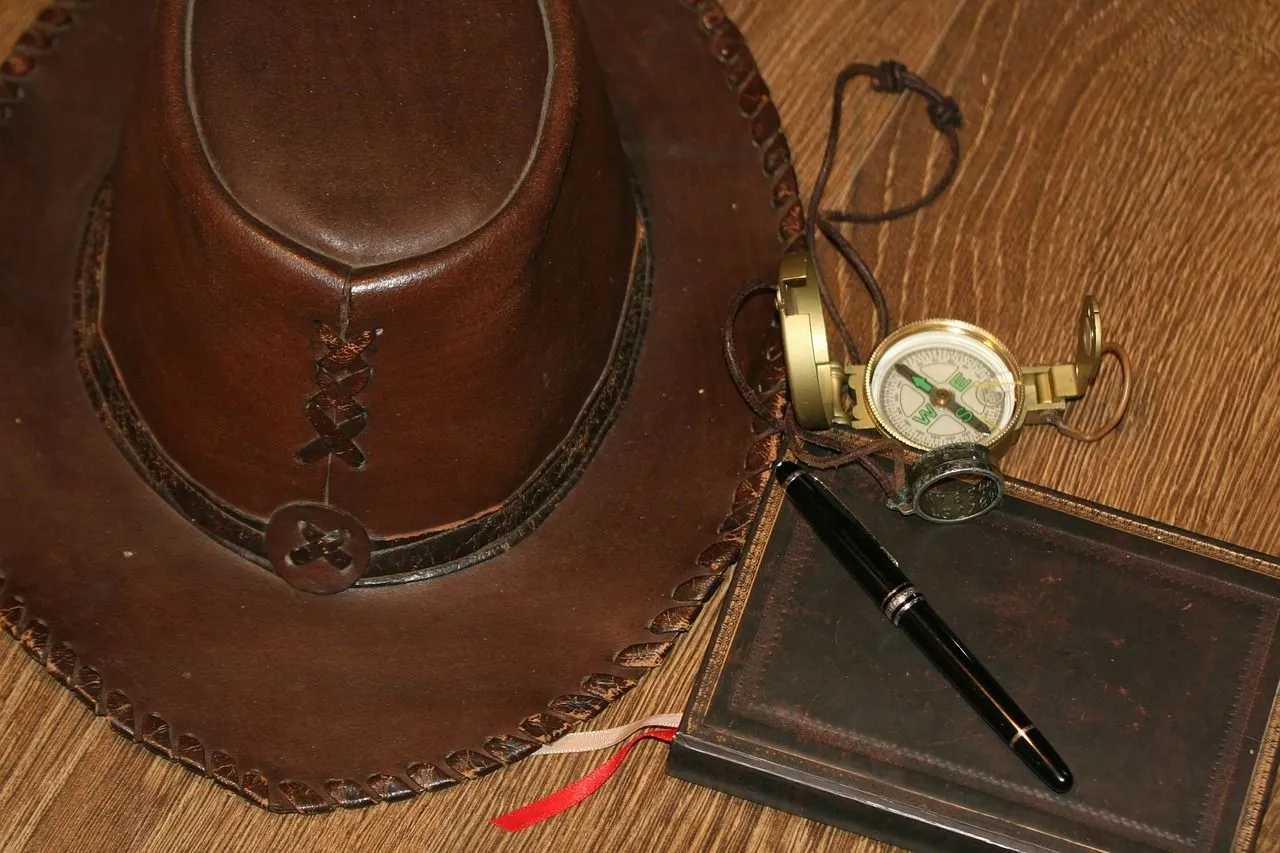 The Indiana Jones movie series are among the most popular in America.

The order of the movies is 'Raiders Of The Lost Ark,' 'Last Crusade,' 'Temple Of Doom,' and 'Kingdom Of The Crystal Skull.' The last film is the only one to get an Academy Award nomination.

Here's an interesting fact to get you started, during the filming of 'Temple Of Doom,' the crew decided to play a prank on Harrison Ford. Barbara Streisand came on set and started whipping him. Carrie Fisher tried to protect Ford by jumping in front of him. His clip is available on YouTube.

The casting of the Indiana Jones films has always been quite an interesting phenomenon. So, let's take a look at some casting facts.

Sean Connery is only 12 years older than Harrison Ford, and the film producers wanted him for the part from the beginning.

The James Bond films inspired the character of Indiana Jones's father. The producers were happy when Sean Connery, who had played James Bond, agreed to do the role.

Harrison Ford recommended that River Phoenix play the part of young Indiana Jones as he felt the actor looked a lot like him.

Tom Selleck was the original choice for Indiana Jones but could not take it up because of his Magnum PI series on CBS.

George Lucas did not want to cast Harrison Ford as he had already acted in the director's earlier 'Star Wars' films.

In the 'Temple Of Doom', the character of Willie Scott, played by actress Kate Capshaw was named after Steven Speilberg's dog.

Indiana was the name of George Lucas' dog. Also, when Lucas first narrated the story to Spielberg, the character's name was Indiana Smith.

The character of Marion Ravenwood, played by Karen Allen, was based on Irene Dunn, Barbara Stanwyck, and Ann Sheridan, a few leading ladies from the films of the 1930s that Spielberg admired.

Capshaw had to take a relaxant before filming the scene in the second movie where she is covered in bugs.

Steven Spielberg had to teach Capshaw how to scream as her character needed to do quite a bit of screaming.

Jonathan Ke Quan's brother had initially auditioned for the role of Short Round in the 'Temple Of Doom.' As he kept prompting his brother what to do the casting directors asked him to audition too, that's how he got the role.

Although the 'Temple Of Doom' is Spielberg's least favorite in the series, he says the most remarkable thing about it was that he met Kate Capshaw, whom he married.

In the fourth film, Sean Connery turned down the chance of reprising his role as Indy's father as he was enjoying his retirement too much.

Although Spielberg had 15-20 tape auditions for the role of Willie Scott, he only showed Kate Capshaw's audition to Ford, who agreed that she was perfect for the role.

Amanda Redman turned down the 'Last Crusade' role as she was afraid of rats.

'Raiders Of The Lost Ark' is one of the few of his films that he can enjoy as a member of the audience.

'The Last Crusade' is the favorite of Harrison Ford as he had the most fun making it and thinks it is very sophisticated.

The PG-13 rating was created by the president of the Motion Picture Association, Jack Valenti and Steven Spielberg.

More than 13 million people saw the 'Temple Of Doom' in less than a week when it was released, according to the then president of Paramount Motion Picture Group, Frank Mancusco.

Indiana Jones is still popular, and this was proved in May 2020 when 'Raiders Of The Lost Ark' was on TV by CBS. It got 5.26 million viewers.

Did you know that the 'Temple Of Doom' has a dark tone compared to 'Raiders Of The Lost Ark' as Lucas had admitted it was because he was in a bad mood due to his divorce? He projected his mood and feelings into the movie.

The second movie got mixed reviews when it was first released; however, reviews have become more positive over time.

The first film was so successful that there is plenty of merchandise that has been based on it. This includes video games, comic books, and action figures.

Petra became a popular international tourist destination because of the third movie.

'Indiana Jones And The Kingdom The Crystal Skull' was banned by the Communist Party of the Russian Federation.

The fifth untitled film is set for release in June 2023 and is eagerly awaited by fans worldwide.

There was a temporary ban on the second movie in India, and it was criticized for its portrayal of India.

The scenes in the movies definitely enthrall the audience but knowing what makes it happen is the key. So, here are some art direction facts to shed light on.

The scene in the movie 'Indiana Jones And The Last Crusade' where Indiana and his father are dining on the German blimp was filmed in the summer. To keep cool and avoid sweating, both actors chose not to wear pants!!

To ensure that the large number of rats used in the movie Indiana Jones and the Last Crusade, the third film, were disease-free, producers informed animal handlers to breed 2,000 rats specifically for the scene. Mechanical rats were used in the scene where they are set on fire.

The Nazi costumes used in 'Indiana Jones And The Last Crusade' were authentic. Anthony Powell, the costume designer, and his team tracked down uniforms from Eastern Europe.

As seagulls cannot be trained, a few clever illusions were used in the movie' Indiana Jones And The Last Crusade' where Sean Connery scares seagulls into a Nazi fighter plane. Producers used a flock of dummy birds along with a group of doves. They also released white feathers into the air.

The leather jacket, whip, and fedora, which were the distinctive costume of Indiana Jones, were based on a concept painting of a serial from the 1930s.

The costume designer of 'Raiders Of The Lost Ark' used a Swiss army knife and a steel brush to age the jacket worn for the movie.

She rolled it on dirt to age the hat and sat on it! She also asked Ford to sit on it.

The one scene in the first film where Indiana shoots the swordsman in the Cairo market instead of fighting him was suggested by Ford. The actor had food poisoning and needed to use the washroom!

In the Well of Souls scene, seven thousand snakes were used in the 'Raiders Of The Lost Ark.'

There was a sheet of glass between Harrison Ford and the cobra while shooting the scene in the Well of Souls. This turned out to be quite good for the actor as at one point during filming, the cobra got agitated and spat venom on the glass.

The pilot in the movie 'Raiders Of The Lost Ark' that Indiana knocks out after he escapes from the Well of Souls was the producer of the film Frank Marshall. All the stunt performers were sick that day.

The scene where alligators eat up Mola Ram, played by Amrish Puri after he falls off a bridge in the 'Temple Of Doom', was shot on three different continents.

The original story of the third film, the 'Last Crusade,' had a haunted castle. However, Spielberg did not want to do a ghost story, so a story revolving around the Holy Grail was used instead.

Before the Holy Grail storyline of the 'Last Crusade,' the movie was called Indiana Jones and the Monkey King.

The red and gold sequined dress worn by Willie Scott in the 'Temple Of Doom' was made with authentic beads and sequins.

Unfortunately, parts of this dress were eaten by an elephant and had to undergo many repairs.

The dish of chilled monkey brains eaten in the 'Temple Of Doom' was actually raspberry sauce and custard.

The suspension bridge in the 'Temple Of Doom' was built by dam engineers of a British company working in the area. When Ford got on the bridge for the first time, he ran from one end to the other.

The bats in the second film were fruit bats and not vampire bats.

'The Last Crusade' has the first-ever complete digital composite shot in Hollywood. The shot is of the rapid degradation of Walter Donovan when he chooses the wrong cup instead of the holy grail.

The Kangaroo hide bullwhip used by Jones was sold for $216,000 in 2012 by Christie's auction house in London.

George Lucas got the idea for this movie series when he tried not to think about his Star Wars films.

Is Indiana Jones a true story?

No, it is fiction created by George Lucas.

How many real snakes were used in Indiana Jones?

What is Indiana Jones's real name?

Dr. Henry Walton Jones, Jr. is the real name of Indiana Jones. He is also known as Indy.

What is Indiana Jones famous for?

This adventurer is intelligent and funny, but above all, he is known for how he dresses. His whip and fedora hat is what he is most known for.

What was the first Indiana Jones movie?

'Indiana Jones And The Raiders Of The Lost Ark' is the first film.

Where does Indiana Jones teach?

The series was created by George Lucas.

Why is Indiana Jones called Indiana?

The character was named after Lucas' pet.

Where does Indiana Jones live?

He is a resident of Princeton, New Jersey.

Was Indiana Jones a real person?

No, he is a fictional character created by George Lucas.

Who was supposed to play Indiana Jones?

How old is Indiana Jones?

In the first film, Indiana Jones is said to be 37 years old.

What type of hat does Indiana Jones wear?

The hat worn by Jones is known as a fedora.

What is the second Indiana Jones movie?

'Indiana Jones And The Last Crusade' is the second movie.