171 Indonesian Music Facts: Amazing Trivia That Will Have You Grooving | Kidadl

171 Indonesian Music Facts: Amazing Trivia That Will Have You Grooving 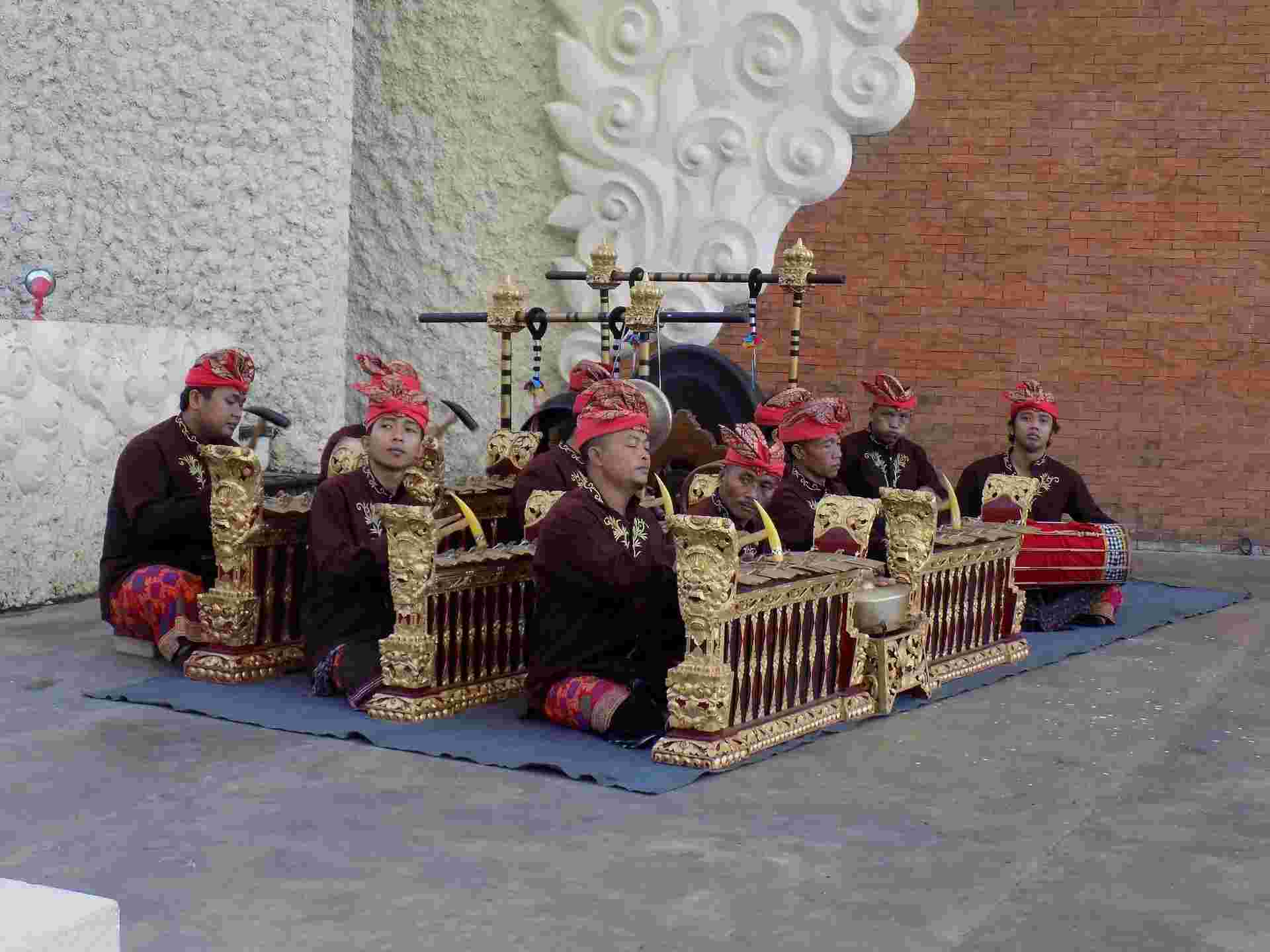 The music industry in Indonesia is derived and has evolved from many changes in the contemporary style of music and rock bands from western influence.

Indonesia music culture is affected by the history and heritage of the country. The traditional music in Java and the Sumatra Islands is very popular across the world.

A southeast Asian country and a beautiful composition of islands, Indonesia is one of the best cultural places to visit. Apart from this, another reason to visit this country is to witness the power of its rich music culture. Traditional music that belongs to many ethnic groups and religious folk music has been a popular attraction for people from all over the world. Music lovers and music learners enjoy the Indonesian traditional music taste along with contemporary music and folk music that helps Indonesian music reach the hearts of many foreigners. The influence of western music and the rich diversity of the traditional gamelan and bamboo flutes is worth noticing. Here are some Indonesian music facts that will get you ready to listen to some fresh Indonesian music created with metal instruments. Afterward, also check Irish music facts and Jamaican music facts.

Indonesia inherits several forms of music. The art form of music has a vital role in the art and culture of Indonesia. The traditional music instrument used by the people in Indonesia is called 'gamelan'. Gamelan belongs to the east and central region of Java and Bali.

Another well-known type of music is named 'Dangdut'. It is a pop music style and is performed as a dance style too. Dangdut is a dance form that came into existence during the 70s. Interestingly, it was also used in political campaigns to attract voters and win the confidence of the local public. Other forms of Indonesian music are associated with names like Keroncong, the soft Sasando, Degung, and Angklung.

People living in Indonesia are also passionate about music and singing. The art form is not restricted to a specific group of artists who preserve certain music. It is worth appreciating that the political candidates who run active political campaigns must sing for the locals at least one or two songs in their rallies and campaigns so as to convey to the localities their agenda and strategy of governance. This is such a cool and innovative method to develop a cultural interest among politicians. Additionally, it also builds a good rapport with the public and they feel that the political leaders are truly one of them.

You will be surprised to know that high-ranking officers, generals, and also the President of Indonesia have released their own CDs. These contain their own original songs and a few of their favorite music pieces. This passion for singing is further extended to the soldiers and the army personnel in Indonesia. They finish their dinner in the barracks by singing a song.

The field of performing arts is lively and full of contemporary and aspiring artists. The theater, music, and dance of the country are partly western-influenced. This is more common in Jakarta and Yogyakarta. There is a National Center for Arts in Taman Ismail Marzuki, situated in Jakarta. It has a dance studio, a few small studios, a hall for exhibition, and also a residential area for the artists and the administration staff.

Traditional music and theater, along with contemporary music, are often associated with the history of activism and the spread of political advancements. The music and theater work carry social messages and details of events that otherwise are not received by the public. Songs and theater or any art form are best to convey the messages and bring the audience on the same page.

Gamelan has reached its legacy and outreach in western countries and received the Best Original Soundtrack award at the Golden Globes. This led to the spread of gamelan and Indonesian music to many other countries. There are a total of 400 gamelan groups registered in nearly 45 states of the US. These gamelan groups are very active in learning and they conduct many gamelan performances within America.

The very first World Gamelan Festival was conducted in 1986 in Canada and it marked the beginning of gamelan publicity across the world. After that, there were around a hundred ensemble groups and gamelan study groups in the United States. The history of gamelan states that the gamelan instrument was created by a God. Sang Hyang Guru, who once controlled the entire land of Java, is considered to be the creator of gamelan.

Gamelan is a traditional instrument used in Indonesian music. The very first reference of gamelan was made in the Borobudur temple in the 8th century. Other musical instruments like bells, kendhang, and bamboo flutes are also used.

The relief of any musical instrument is considered to be the origin of the gamelan. Gamelan has a rich history of its usage in the traditional music of Indonesia

Other than that, angklung is also an instrument used widely to perform big concerts and music performances at large places. This instrument is made up of bamboo tubes that are attached to a bamboo frame. The carving of the bamboo tubes is such that each tube will have a different pitch. The performer needs to hold the frame in one hand and shake the instrument with the other hand. The angklung originated from the western region of Java and belongs to the Sundanese.

A stringed instrument called a gambus is also used to perform music. It is similar to guitar where the player needs to pluck the strings of the gambus. This has its roots in Islamic music. Gambus can be easily found in the Sumatra Islands. It is used in playing wedding songs and on festive occasions. It is often accompanied by another musical instrument called marwas. Marwas have a unique shape, similar to a water gourd.

The gong is also widely popular in the music culture of many countries. The gamelan ensemble also uses the gong as an instrument. A gong is a big, round-shaped instrument with a bulging center. It belongs to the Central Java region and is one of the main traditional instruments. Bonang is also used in gamelan performances. It is used to signify the inauguration of special events and ceremonies.

Gendang melayu is the most preferred and favorite musical instrument in Indonesia. It is used as a complementary instrument. It is easy to play gendang since you have to hit the gendang with your palm. The surface of the gendang is made with the skin of an animal, usually a cow’s skin. It is popular in many places within Indonesia.

Music in Indonesia is not only inherited and developed by the inhabitants of the island but also by outsiders. The southeast Asian country, made of islands, is not only a former colony of the Europeans but also a rich, natural heritage of biodiversity.

Hence, there are many foreign rulers who witnessed the beauty of Indonesia and developed a taste in Indonesian music.

We all have western influences within our taste and culture. The same can be said of Indonesian music. Popular music is always influenced by western culture. The original, traditional music of Indonesia is the keroncong. However, it is also derived from the Portuguese. Researchers and music lovers have studied how the current music, which is known as the traditional music of Indonesia, is influenced by western music and foreign countries. It was found that all the popular Indonesian music is influenced by outsiders. Popular music, thus, cannot be a separate music component since much of it is a part of the western culture in Indonesia.

Another example of how western influence is dominant in Indonesian music can be seen by the famous music composer W. R. Soepratman. He is the original composer of the national anthem of Indonesia, called Indonesia Raya. When he performed the anthem for the first time he used a violin in his performance. Now, the violin is definitely a foreign instrument. Even the composition of the anthem represents an influence of a western culture that was introduced by him. He used to learn music from his brother in law who was from the Netherlands.

Later, Indonesian music had a subculture influence of rock, pop, punk, jazz, and many others. Currently, the youth of Indonesia is attracted to the k-pop music culture. There are steps taken by the Indonesian government to ban foreign ads and western influence whenever it threatens the ethnicity of traditional Indonesian music. It also helps the young generation notice the real melody of traditional music.

Indonesia is known for the popular orchestras of ning-nong bamboo and monkey chants. They are nothing but rapid-fire choruses sung by artists. Degung is a subtle form of music that has songs about nature and love. Degung can be heard more often as background music. It is set to bamboo flute and gamelan instruments.

The singing tradition in Indonesia is usually performed solo and is very rich and diverse. This type is called tembang. It includes the suluk, buka celuk, male soli bawa, unisono gerong by males, and the unisono sinden by females. The main lead of the singing group knows 10-12 poetical melodies and forms of arrangement. They sing it in different tunes, with high notes and short notes, play with the syllables used in every verse and create a new, individual element in traditional music which is musical heaven for the Indonesian music lovers.

The folk music in the islands of Java and Sumatra is still not searched and studied completely. The traditional folk music in Indonesia is very versatile. It includes the lagu dolanan, which are songs for children, dukun dances which are theatric in nature, shamanic dances, and the kotekan, which has its roots in the Vietnam region.

These small islands in southeast Asia have influenced each other's folk music and traditional music genres by exchanging their cultures and artforms during many occasions in history. The neighboring countries and islands have many things in common in their music culture. Indonesian traditional music is no exception to it. Traditional folk music is a nest of the gamelan ensemble. It is performed by two singers. The musical instruments include a drum and a zither. Both music instruments produce a pleasing sound along with 15 other musicians to perform the ensemble.

Here at Kidadl, we have carefully created lots of interesting family-friendly facts for everyone to enjoy! If you liked our suggestions for 171 Indonesian music facts: Amazing trivia that will have you grooving then why not take a look at Italian music facts, or facts about baroque music?