70 Informative Facts About The City Of Gold: Dubai | Kidadl

70 Informative Facts About The City Of Gold: Dubai 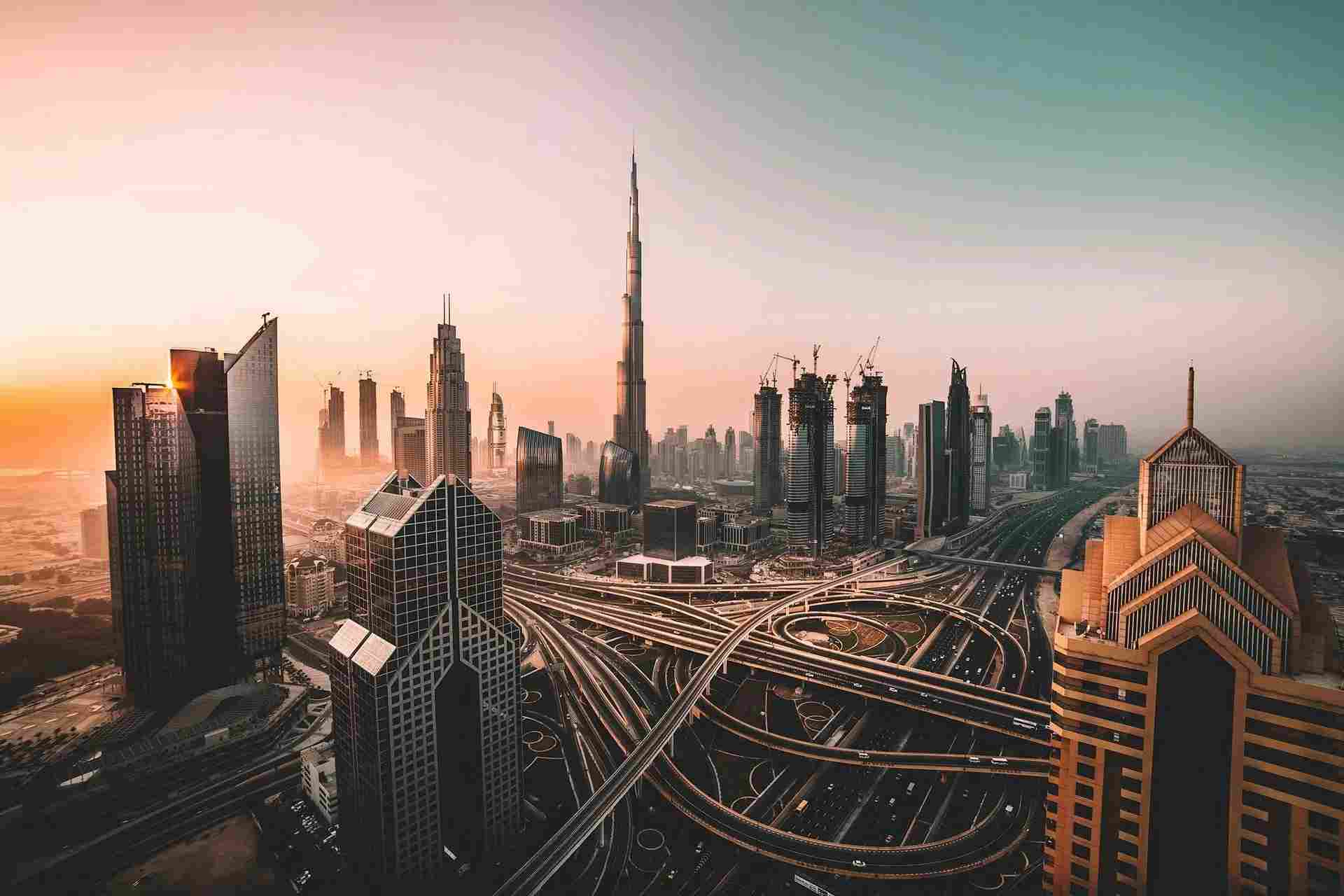 Dubai, which is also spelled as ‘Dubayy’, is the capital city of the Dubai emirate, which is one of the wealthiest among the seven United Arab Emirates.

These emirates were formed in the year 1971 after getting independence from the British. There are many hypotheses behind the formation of Dubai, but not a single one has been officially accepted yet.

Dubai City is located on the southern coast of the Persian Gulf, straddling a natural inlet known as Dubai Creek. Some people are of the opinion that it is named after a locust called ‘daba' that infests this area. Some say that it is related to the market that is in this city.

Apart from Dubai, the other six emirates are Abu Dhabi, Fujairah, Ajman, Burj-al-arab, Umm al Quwain, Ras al-Khaimah, and Sharjah. Nowadays, the trend is such that Dubai is often compared to Hong Kong and Singapore, and why not? Dubai is like the premier entrepot of the Middle East. Dubai is also known as the city of skyscrapers, beaches, ports, and the region where big businesses take off. It is also very famous for its tourism. People from all around the world come to visit Dubai because of its popularity.

Because of having this many people, it looks like a middle eastern melting pot, and the atmosphere is very tolerant here. Religious affiliations are not considered a very prominent aspect of life in the city. Though Islam is followed by the majority here, Hindu temples and churches are also co-existing here. The crime rate in Dubai is quite lower as the efficiency of administration and ease of doing business has encouraged good growth over the years, both economically and socially. Dubai also has camping sites alongside many sand dunes. Dubai was a brisk smuggling trade hub till the '90s.

The history of Dubai is as good as that of the most famous countries in the world. To learn more, you can read about how was Dubai built and the Skyscraper Dubai here at Kidadl.

The very first settlement in Dubai came around 3000 BC.

The Sassanid dynasty ruled Dubai till the seventh century.

Pearling and fishing were the main sources of economic activity in this city till the 1700s.

In the year, 1894, foreign traders were given tax exemptions to settle the business in the city. Because of this, a huge influx in the economy was witnessed.

After the discovery of oil in the year 1966, Dubai maintained its status as one of the most progressive cities worldwide. In a few years, Dubai has become known as the 'city of gold' because of its rapid transformation from a sleepy Gulf port to a global economic center in a few years. With about 1000 ton (907.1 metric ton) of metal commerce, Dubai owns almost 30% of the world's gold trading market. Tourists and customers can get customized gold in most jewelry shops.

All of these emirates are separately governed by an Arabic ruler, often called a 'Sheikh'. The 'Sheikh' is the governmental authority in the Dubai government and acts as the vice-president of the Federal Supreme Council. The capital of the United Arab Emirates is Abu Dhabi, but Dubai has served as the financial and commercial hub of the UAE.

The time period between November and March is the best time to visit Dubai. Dubai city experiences only two climate conditions, which are hot and extremely hot. In the winter months, this city experiences blue skies and clear beach water. In winter, when it is the peak tourist season, you can expect to witness a jam-packed area of Palm Jumeirah Beach. In the summer months, the crowds are comparatively less, but the heat and humidity are extreme. When visiting Dubai, visiting three places is the most important thing; these are the Burj-al-Arab, Jebel Ali, Port Rashid, the Dubai Fountain, and the Dubai Mall.

If you want to enjoy Dubai like a local, you can get around by metro and taxi. Although Dubai is quite an expensive place, taking a taxi won't be much of an expense. They also provide the liberty to move around at their own pace. The metro system for Dubai is such that it helps in transporting people to those places that are the main areas of interest, like the Dubai International Airport (DXB) and the Burj Khalifa (the world's tallest building).

Few skylines in the world have grown as much and as quickly as those seen in the Middle East, particularly in the metropolis of Dubai in the United Arab Emirates. The discovery of oil, followed by a major surge of business, trade, and tourism, turned the city's modest skyline into a shining metropolis, packed with tall skyscrapers the world had never seen before.

It was long before Dubai came into being as an internationally-recognized tourist hub. The skyline of Dubai just had a single feature. Sheikh Rashid Tower, which is now known as the World Trade Center, was constructed in the year 1979. Originally, just the World Trade Center was constructed, which included various ballrooms, exhibition halls, and the Trade Center Arena. It was the highest skyscraper in the UAE at the time. This 39-story, 488.8 ft (149 m) long tower was situated very far from the vibrant trade locations of Bur Dubai and Deira. Another one of the finest architectural and influential achievements of Dubai is the construction of the man-made islands called the Palm Jumeirah. These islands have the shape of a palm tree, and this connects them with another influential place in Dubai, the Dubai Marina. Speaking of hotels in this city, Dubai is the home of four of the tallest hotels in the world right now.

Talking about Dubai, this place is very exotic to imagine. These are some of the top restaurants in the world. They serve most of the cuisines available in the world, which includes a lot of Dubai’s many Arabic delights. It's not that Dubai has its own Michelin Guide, but rather it imports chefs or restaurant chains that have already been recognized by this famous book elsewhere. Each restaurant on this list is more than just a place to dine; it's also a destination for magnificent décor, breathtaking views, and remarkable culinary experiences.

Nathan Outlaw, which brings its lavishly laid-back system to seafood to Dubai, is one of the best restaurants to eat at. This place is not under the water. It's like a submarine that you can take to have a meal in Dubai. Nonetheless, dining amid the gigantic aquarium that provides the stage for Nathan Outlaw Al Mahara is a remarkable and unique experience. The recipes of the Michelin-starred British chef highlight the power of simplicity, allowing the flavors of the best ingredients to speak for themselves. Signature cocktails can be enjoyed at one of the open-air, waterfront patio tables.

The dining environment at Eauzone is very casual during the daytime, which reflects the quiet pace of the Royal Mirage and the vast sea beyond. The venue transforms into a refined and sleek restaurant after sunset. The design of this place is beautifully architected around the pool area, which gives it the impression of a floating island in translucent water. A meandering stairway over the pool leads to the restaurant, which has a chic bar and a spectacular, patterned poolside marquee deck.

La Petite Maison, located at the Dubai International Financial Center, is an incredible restaurant. The cooking style of this restaurant has taken inspiration from ‘old Genoese’ and serves Mediterranean dishes. Some local foods like zucchini, notably artichokes, lemons, peppers, girolles, tomatoes, and olives, are served with seafood, fresh pasta, and meat to make a healthy and light meal.

Nobu Dubai is based at the Atlantis Hotel and has a Japanese and Arabian style. The classic dish at this restaurant is the yellowtail, which has the toppings of thin slices of jalapenos, seared black cod, and sweet miso sauce. Apart from this, to complement the menu, they also have a sushi bar and private areas for gathering. Cooking classes are also available at this venue for the guests to learn and understand the secrets of cooking brilliantly like the chefs of this restaurant do.

Thipatara is located at the Palace Downtown Dubai, which offers a wide range of Thai cuisine with Bangkok-style seafood. Thiptara means the ‘Magic of the Water’ and has a view of the Dubai fountain, which makes it among the best romantic dine-in places in Dubai.

Here at Kidadl, we have carefully created lots of interesting family-friendly facts for everyone to enjoy! If you liked our suggestions for Dubai, then why not take a look at the Arabian Ocean or Arabian Gulf?