Invertebrates Examples: Find Out More About The Animal Kingdom! 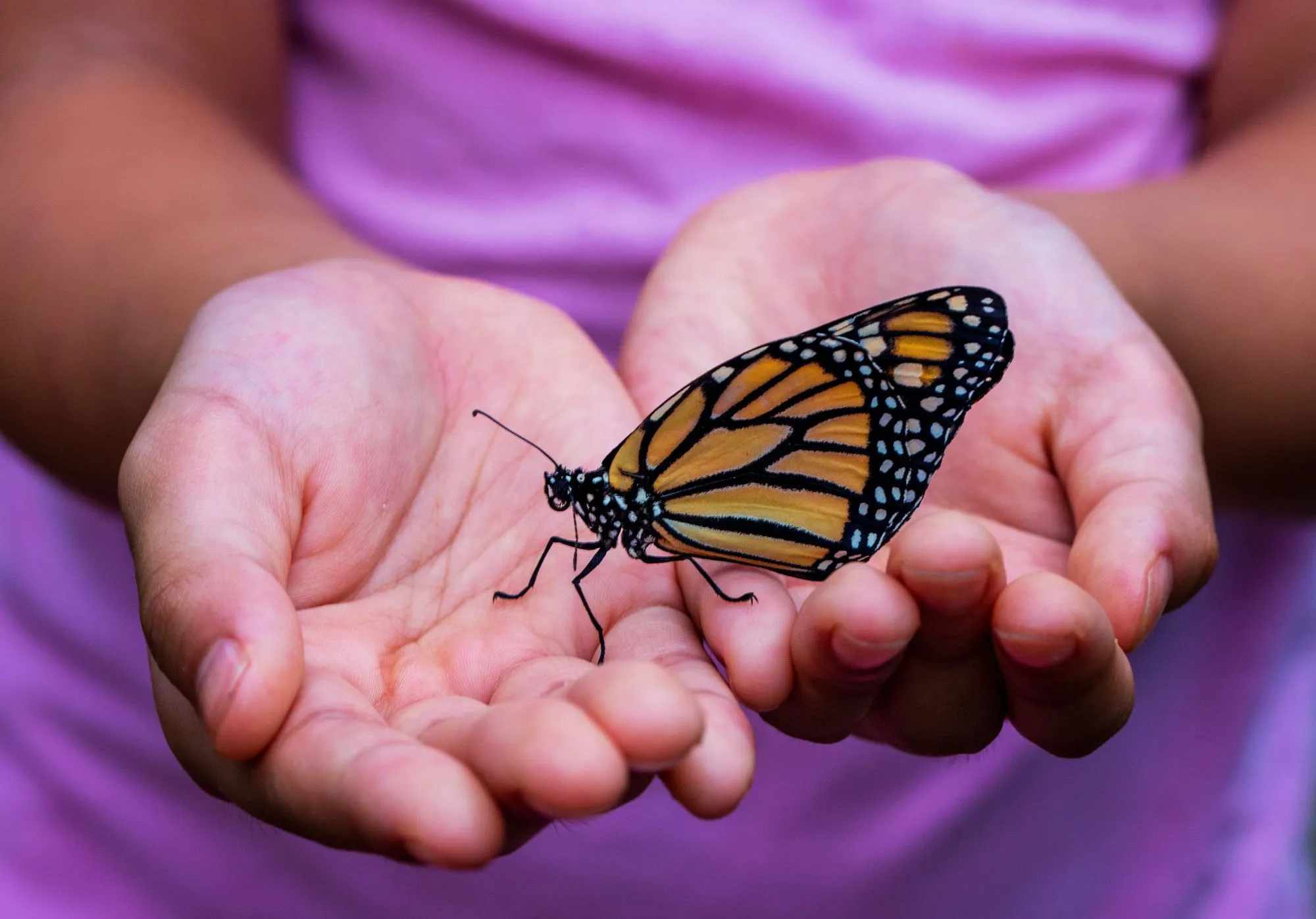 When we are introduced to the animal kingdom we can comprehend that it is divided into two groups, vertebrates, and invertebrates.

Before getting into invertebrates let us take a look at the animal kingdom and what it refers to. The animal kingdom comprises of multicellular organism further it can be distributed into different classes, order, family, sub-family, and others. However, another crucial distinction is the vertebrates and invertebrates and their simple definition is invertebrate animals lack a vertebral column while vertebrates have one. Most of the animal kingdom comprises invertebrates as it forms 95 percent of the species. As stated earlier the animal kingdom is further branched into various categories and there are over 30 phyla. Mention should be made to some of the prominent phyla such as Porifera that has mainly sponges. Cnidaria has corals and jellyfish. Platyhelminthes have flukes, flatworms, tapeworms. Mollusca has predominantly snails, squids, and clams. Nematoda has roundworms, Arthopoda comprises insects, centipedes, spiders, crustaceans. Annelida has aquatic worms, earthworms, leeches. Echinodermata consists of sea cucumbers, sea urchins, sea starfish, and sand dollars. Besides these, there is the phylum Chordata and what is unique about this phylum is that it has both vertebrates and invertebrates. Vertebrates unlike the invertebrates can only be found in the phylum Chordata. We can comprehend that invertebrates are in abundance and the largest animal phylum is Arthropoda. All the insects, spiders, centipedes, and crustaceans are arthropods. The unique characteristics of the arthropods are the presence of the exoskeleton and segmented body. The second largest phylum of invertebrate animals is mollusks. Unlike the arthropods, mollusks have soft bodies. Nevertheless, mollusks like snails, oysters, and clams may not have exoskeleton but they have hard outer shells. Mollusks generally prefer living in or near water bodies while the majority of arthropods exist on land except for marine species such as crabs, shrimps, and lobster. The smallest phylum is Placozoa and consists of only one species. The distribution of invertebrate species is huge as they are present both on the surface and as marine organisms in every part of this world. The invertebrates can be both sexual and asexual such as the sea anemones which are asexual while other species may reproduce sexually. The body organization of the lower invertebrae is simple but the higher invertebrates have a complex body structure.

Thus there are numerous examples of invertebrates in the animal kingdom be it terrestrial or marine. In this article, we are going to learn more about such invertebrate animals therefore keep reading this reading as more interesting facts are stated below.

If you like this article then check our other articles on examples of herbivores and interesting plants and share these interesting facts with everyone.

Some Examples Of Asexual Animals That Are Invertebrates

Invertebrate animals such as most sponges reproduce asexually by budding in which there is the involvement of only one parent. Asexual reproduction is sponges are of two types, is either external or internal. External budding occurs by developing into a new sponge and then separating from the existing parent. Internal budding occurs due to the formation of gemmules. Sea corals, sea anemones are also preliminary examples of asexual invertebrates although they may reproduce sexually too. These species also follow the same mechanism of budding, however, sea anemones are observed going through the process the splitting. Splitting is the process of stretching the bodies and then dividing from the center. Besides budding aquatic animal such as starfish is known to reproduce asexually by fission or fragmentation where a new individual develops from the fragment of the body. Flatworms are unsegmented that also reproduce by fragmentation. The greatest drawback of asexual reproduction is the lack of genetic diversity of the species.

Examples Of Invertebrates In The Grasslands

The sphere of invertebrates is not restricted as they can be found in both land and water although their physiology is completely different. Every single organism has a definite role to play in the ecosystem similar to the invertebrates in grassland also have a definite role. The faunal diversity is incomplete without them as they are the major agent of pollination and nutrient cycling.

We have learned about the marine invertebrates now let us explore some of the grassland invertebrates that have an integral role in the ecosystem. Invertebrate species like bees, wasps, moths, beetle, bugs, and all the insects are invertebrates. Bees, wasps, moths, hornets, butterflies are responsible for pollination. Bees, hornets, and wasps have an exoskeleton like most arthropods. Insects can be found in any part of the biome including the tundra where there are over 2,000 insect species. Each of these insect species has distinct characteristics that distinguish one group from the other for example the spider is an air-breathing invertebrate with eight legs. Besides, arthropods another important grassland invertebrate species is the earthworm as they aid in nutrient cycling. They also act as a host of various parasites of many mammals and birds.

2 Examples Of Invertebrates During The Paleozoic Era

The geological time scale is an important method that is used by scientists, paleontologists, and zoologists to describe the geological history of this planet. The timeline is divided into different eons which are further divided into eras and one such era is the Paleozoic era.

The Paleozoic era commenced 541 million years ago and ended 252 million years ago. This planet went through multiple climate changes and geological evolution during this period. Furthermore, the Cambrian explosion occurred from where all the important animal kingdom phyla appeared. The origin of life began in the ocean but towards the end of the late Paleozoic period, they began dominating land too. Many groups of vertebrates such as the diapsids, synapsids, fish, amphibians evolved along with the groups of invertebrates such as the mollusks and arthropods. Those arthropods and mollusks can be contemplated as the ancestor of the arthropods and mollusks that exist today. Trilobites are one such prominent example of invertebrates during the Paleozoic era. In the late Paleozoic era starfish, sea anemones, and sand dollar evolved all this information was collected based on the discoveries of fossils from this era.

Marine invertebrates can be observed in oceans, seas, shallow waters, freshwater lakes, and ponds. However, the species found in the ocean are more diverse. Groups of invertebrates including coral, starfish, jellyfish, sea urchin, sea cucumber, sponges, mollusks, arthropods like crabs and more can be discovered. These invertebrates may choose to reproduce sexually or asexually as species like sea urchin, sea cucumber, jellyfish reproduce sexually. Jellyfish and squids are both soft-bodied invertebrate species but jellyfish belong to the phylum Cnidaria while squids are mollusks. The sea urchin belongs to Echinodermata and has a spikey appearance while sea cucumbers are spherical like worms. Starfish, coral, and sponges can reproduce by budding and fragmentation. Snails can be found both in the sea and in fresh water and are primarily mollusks. Similarly, crabs are arthropods that inhabit any type of marine environment be it the river, ponds, or sea and they have an exoskeleton.

This is a common question as many people are may confuse the body structure of a snake with that of an invertebrate. The answer to this question is no, snakes are not invertebrates. Snakes have a distinct vertebral column that enables locomotion. While there are 26 vertebrae present in humans some snakes have over 500 vertebrae. They belong to the phylum Chordata just the rest of the vertebrates including humans, birds, amphibians, fishes, and more.

Snakes belong to the phylum Chordata like all other vertebrates, of class Reptilia and order Squamata. There are numerous pieces of evidence to support that snakes are invertebrates than just their backbone. It is assumed that snakes have evolved from reptiles and unlike the worms, they have a proper vertebral column and other bones in their body as other vertebrae such as fish, amphibians, birds who had a kind of similar origin. The skeletal system of a snake is defined as the vertebral column of consists of precaudal vertebrae. The spinal cord is rod-like with repeated segments that enable flexibility so that they can arch, move, twist easily.

Here at Kidadl, we have carefully created lots of interesting family-friendly facts for everyone to enjoy! If you liked our suggestions for the invertebrates examples: know the animal kingdom much better! then why not take a look at 15 must know facts on Danyang Kunshan Grand Bridge that will amaze you, or looking for low maintenance easiest pets? here is the easy pet guide?