Investigating The 'Immortal Jellyfish': How Long Do Jellyfish Live? | Kidadl

Investigating The 'Immortal Jellyfish': How Long Do Jellyfish Live? 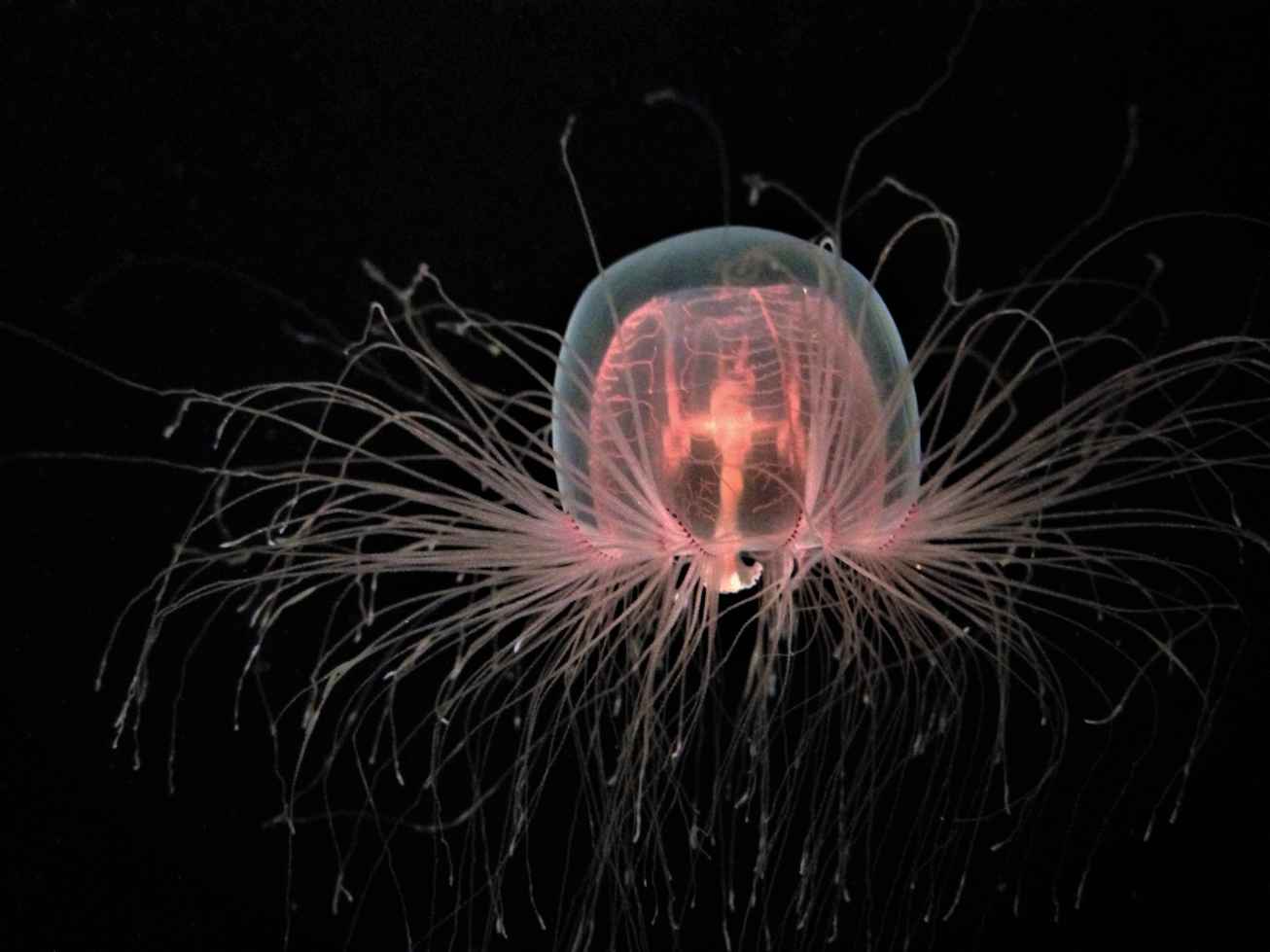 The fascinating jellyfish is a gelatinous aquatic animal popular for its sting-filled tentacles that you can find in all the oceans of the world!

Have you ever wondered how long they live? You'll be surprised to know that one species of jellyfish has uncovered the secret to remaining immortal.

Imagine if humans had the ability to start their life over from the beginning! Wouldn't that be fascinating? Interestingly, the jellyfish, Turritopsis Dohrnii, is referred to as biologically immortal. It has mastered the rare ability to rewind the clock and transform itself into a version from an earlier cycle from its adult version. Thus, it is capable of being immortal if it isn't killed or eaten by its predators. Continue reading to learn more about the jellyfish's secret to immortality!

Not all, but one species, the jellyfish Turritopsis Dohrnii, is being referred to a biologically immortal as it can revert to a version of itself during the earlier phase of its life cycle. The tiny, transparent jellyfish is an animal that lives in all oceans of the world and can transform itself into a younger version from its adult stage.

It can live forever only if it is not killed somehow or eaten by predators like turtles and fish. The polyps have no defense against animals like crustaceans and sea slugs. But bottom line, it can live forever because of its ability to transform itself into a version of itself from the earlier stage of its life cycle. It can switch between its life stages as a stress response. Captive colonies of jellyfish have been observed to rejuvenate themselves ten times in a single month!

How does the immortal jellyfish live forever?

The answer to this is simple. The jellyfish stays immortal by turning itself into its youngest version. The process can be described as similar to a frog turning into a tadpole or a caterpillar becoming a butterfly.

The life cycle of a jellyfish commences with a sperm and an egg. A fertilized egg is known to grow into a planula, which is the larval stage. The planula swims for a little while and then locks itself to a hard surface like a boat's hull, the ocean floor, or even a rock. The planual then grows into a polyp once it has Latched to a hard surface after its swim.

A polyp looks like a tubular structure in shape that has a foot-like body at one end and a mouth at the other end. The polyp stays latched to this surface for a while and can grow into a small colony of polyps. Polyp colonies have been observed sharing feeding tubes.

The time varies depending on the jellyfish species, but eventually, one of these polyps will produce a bud, an outgrowth. It may also form distinct stacked segments that may break off from the colony. The next stage of this independent outgrowth is called ephyra, a small-sized jellyfish, before becoming a medusa, an adult jellyfish.

The adult stage is usually the last stage for many jellyfish species. However, for Turritopsis Dohrnii, it is not. If this species faces environmental or starvation stress or some injury, it will revert itself to its initial stage, a tiny tissue blob, which will go through the polyp and later stages.

The immortal jellyfish species Turritopsis Dohrnii was described in 1883 for the first time by scientists. However, their immortality was discovered accidentally about 100 years later during the 1980s. The species is quite sensitive and gets stressed easily, making it difficult for scientists to nurture in labs to study.

However, students Giorgio Bavestrello and Christian Sommer accumulated the polyps of Turritopsis Dohrnii and monitored them until medusae appeared. They thought that the jellyfish would mature and then spawn and produce larvae. However, when they observed the jar, they noticed that jellyfish had transformed itself into polyps. They later discovered that jellyfish medusa fell to the jar's bottom to revert itself to its polyps stage as it was stressed because of lack of food or the change in its environment.

How does the immortal jellyfish live forever?

Turritopsis Dohrnii is a hydrozoan that can revert itself to an earlier phase of its life cycle. If the medusa gets stressed due to injury or starvation, it does not die. Instead, it shrinks itself, loses its swimming ability, and reabsorbs its tentacles. It settles as a cyst, a blob-like structure, on the floor of the ocean. It can not swim now. This cyst can now regenerate itself into a polyp, which upon maturing, releases a medusa bud. This bud transforms into an adult jellyfish that is known as medusa.

This rare process of transforming jellyfish into an earlier phase of its life cycle is known as transdifferentiation. The medusa cells and the polyp cells are distinct from each other and can be differentiated easily. A few organs and cells found in a polyp will not be present in medusa and vice versa. The specialized cells of the medusa get reprogrammed during transdifferentiation into polyp cells. The polyp cells let the jellyfish's body re-grow itself into a non-swimming organism. After becoming a polyp, they can continue to mature as a typical jellyfish.

The Mediterranean Sea is believed to be the origin of the immortal jellyfish, the Turritopsis Dohrnii!

It is believed by many that jellyfish got dispersed to different parts of the ocean through ships!

Corals and anemones also belong to the same group as jellyfish, Cnidaria!

If the functioning of jellyfish cells is studied deeply, scientists might be able to perform the same process on human cells, causing humans to have longer lifespans!

Immortal jellyfish are believed to have gone unnoticed as they do not have any negative influence like the Zebra Mussels, which can cause damage that costs many millions of dollars!

Jellyfish are not harmful to humans, yet their tentacles can cause skin irritation if they come in contact with the skin of humans!

Here at Kidadl, we have carefully created lots of interesting family-friendly facts for everyone to enjoy! If you liked our suggestions for how long do jellyfish live, then why not take a look at what is a group of jellyfish called, or Jellyfish Facts