Latin Facts, History & Literature That You Must Learn About | Kidadl

Latin Facts, History & Literature That You Must Learn About 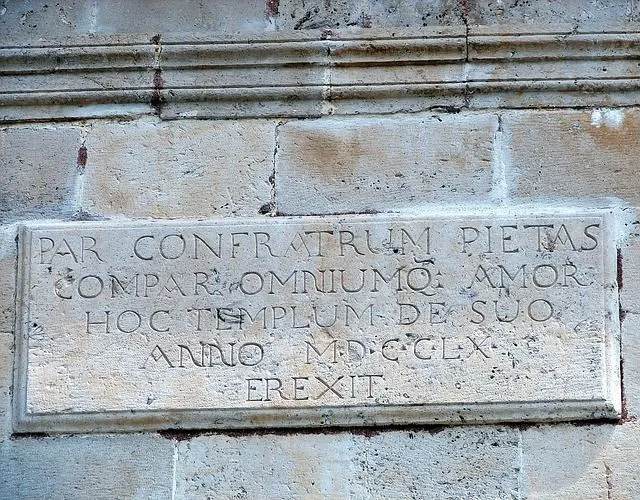 Latin happens to be the official language of the Vatican City State.

The Latin language was initially spoken by people residing in the city of Rome. The central zone of Latin was concentrated in and around this ancient city. As Rome's power grew from the third century BC, Latin became an important language in the region known as 'Latium'.

Keep on scrolling to find more interesting and intriguing facts about Latin.

Rise And Fall Of Latin

By the time the Roman Republic became the major power of the Mediterranean world, the Latin language was the lingua franca of the whole domain of Rome. In the first century AD, when Rome had transformed into the Roman Empire, Latin language had been declared as the official language for administrative purposes in the Empire.

One of the reasons why several modern languages used in Europe trace their roots to the Latin language is the fact that these languages developed under Roman rule. The vast Roman Empire was peopled by populations of vast diversity. They spoke different tongues, but these vernacular languages were in contact with the Latin language on a day-to-day basis. Spoken Latin of that time was called Vulgar Latin and was different from the more urbane Latin, which was used by the educated elite class of the city of Rome. The Roman Republic era also witnessed the standardization of the Latin language, when Classical Latin replaced Old Latin as the preferred Latin language to be used for literary purposes. Classical authors of Rome, such as Virgil and Ovid, wrote their works using Classical Latin.

After the Western Roman Empire fell in the late fifth century AD, Latin managed to survive the onslaught from barbarian tribes. However, as is the case with most languages around the world, this classical language morphed, first into Classical Latin, then into Medieval Latin, and finally into Renaissance Latin. Modern Latin was used widely until the 18th century when international communication services and the scientific communities used the language in regular affairs. Presently, the Catholic Church and the scientific communities are the key users of the Latin language. Other than these examples of its use, Latin has not been very popular in the 21st century.

The Latin language was originally written on wax plates. On very few occasions, there have been found parchments of papyrus containing Latin records. Since these plates had little space to fit on many words, the writers refrained from putting a space between the words in most cases. With time, this practice turned into a tradition. The usage of punctuation in Latin came much later, so did the inclusion of lowercase letters. Old Latin had developed from the language of the Etruscans, a near-contemporary culture of Rome.

Latin is written using the Roman alphabet and is written with only 23 letters. The letters J, U, and W are not found in the language.

The method of word formation in the Latin language is similar to that of the ancient Greek language. Latin nouns are divided into seven cases; nominative, vocative, accusative, genitive, dative, ablative, and locative. An important characteristic of a Latin noun is that it is changed or declined according to how it is used in a sentence. There are five distinct manners by way of which a Latin noun can be changed, known as 'declensions.'

Latin verbs have a lot of complexities and are not easy to grasp. When a single Latin verb is conjugated, another six new forms take shape. A total of five elements influence the characteristics of a Latin verb; number, person, tense, voice, and mood. An astonishing feature of verbs of the Latin language is that every single one of them can have up to 120 forms!

Although the Latin language is not a very popular language by today's standards, it is still very rewarding for someone who opts to learn this language. If someone is studying religion or theology, knowledge of Latin can help to a great extent. Anyone with a strong Latin base who is studying law, the sciences, and philosophy will benefit immensely. There are so many technical terms in use in these fields that are written in the Latin language.

A person who is well-versed in Latin can easily master other so-called romance languages. The connection between Latin and romance languages, such as Italian, English, French, and Spanish, is very strong, and there are many prefixes, suffixes, and even whole words that are common in these languages. Latin has an extraordinary form, and to learn the language well, one needs to invest a great deal of dedication. Being able to speak and write Latin words takes years of hard work and practice. But learning this language can lead to greater mental clarity and reasoning capabilities.

Modern languages, such as Italian, Spanish, French, Portuguese, and English, are all part-Latin languages. This is because all of them contain many Latin words in their vocabulary. Technically speaking, these modern European languages are connected to the Latin language that was spoken by commoners in the ancient Roman world.

Latin may be classified as a dead language, but its presence can be strongly felt in our day-to-day affairs. The aura and prestige surrounding the Latin language is something that time has not been able to diminish. Most of us knowingly or unknowingly use Latin in our daily conversations. When someone asks us the time, we answer using either 'am' or 'pm' after the number. These abbreviations are actually short forms of 'ante meridiem' (am) and 'post meridiem' (pm), meaning 'before midday' and 'after midday' in Latin.

Q: Is English derived from Latin?

A: Yes, English is partly derived from Latin.

Q: Is Latin the oldest language?

A: No, Latin is not the oldest language, but it is very old.

Q: How is Latin a dead language?

A: Latin is a dead language since there are no regular native speakers of this language in any part of the world. It is used only for official purposes in certain establishments.

Q: Where is Latin used today?

A: Latin is used today in Roman Catholic Church establishments and in the fields of law, philosophy, and the sciences.

Q: What is so special about Latin?

A: Latin is one of the oldest languages of Europe. Most of the languages that people use today in Europe can trace their origins to Latin.

Q: What is a fun fact about Latin?

A: The Pope of the Catholic Church has the habit of sending out messages to his followers in Latin on social media platforms.