Learn About What Lurks In The Deepest Part Of The Atlantic Ocean! | Kidadl

Learn About What Lurks In The Deepest Part Of The Atlantic Ocean! 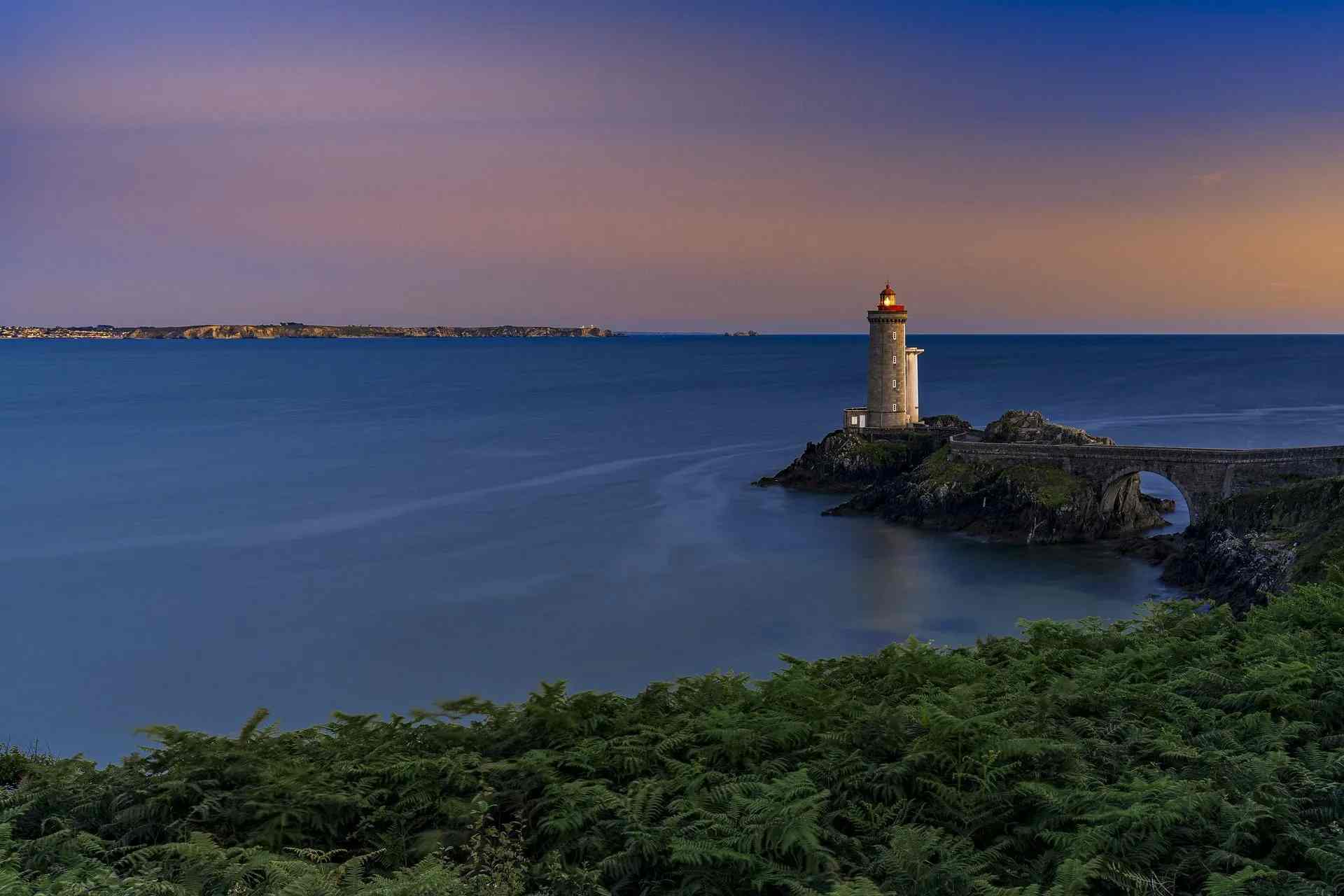 Conspiracy theories and arguments run rampant about these places.

Stories of missing airplanes, ancient civilizations are heard on the regular. You might be wondering what place this could be.

The oceans are the largest non-entities on the planet, with their area surpassing just north of 224 million mi (361 million km), or 75% of the Earth's surface. Calming, blue waters, where creatures lurk, some discovered, some unimaginable. So to look at the massive area of an ocean, some of it frozen like the Arctic Ocean, and not wonder what stays beneath the surface is impossible. The deepest points of this non-entity are being slowly discovered, but to answer our question as to whether we will ever fully know what lies beneath, is a question only our future generations can answer.

Read on to know more about the deepest parts of the Atlantic Ocean and afterwards, also check Pacific Ocean facts and smallest ocean.

Let us check out the  Puerto Rico trench. Its depth reaches 5.20 mi (8.3 km) and is 497 mi (795 km)long. Apart from being a host to several new species discoveries, like the sei, fin, and minke whales, it is also the well-known humpback whales' breeding ground.

Beginning its formation 70 million years ago, this area under the seafloor is considered the deepest part of the Atlantic Ocean. The Atlantic ocean's floor possesses multiple trenches, including the South Sandwich Trench, whose size makes it more noticeable. The deepest point of the Puerto Rican Trench is known as the Milwaukee Deep, reaching a depth of 5.2 mi (8.3 km), as mentioned. To go to such a depth was considered impossible only 50 years back, and yet between the very first time the Trench was visited and the most recent one, we have accomplished the exploration of the entire area, apart from the dive of American explorer Victor Vescovo, a part of the Five Deeps Expedition. This diver reached the deepest point of 27,640 ft (8376 m), making his dive the second deepest in history, and the first person to reach the bottom of the Atlantic Ocean.

The deepest one discovered so far, with the deepest point of more than 36,412 ft (11,034 m), the Mariana Trench lies beneath the Pacific ocean, coincidentally the largest ocean on the planet.

The five oceans have their untold secrets, and the Challenger Deep, a part of the Five Deeps Expedition is the deepest point ever discovered, possesses many of them. Apart from the microbial life forms found, new species are still unidentified, the evidence of deep-sea gigantism and heavy pollution is found at the bottom of the Pacific Ocean. It has been found that the creatures have a chemical found in nuclear bombs inside their stomachs, which makes the idea of using the site for Nuclear bomb testing dangerous for sea life.

A trough is a back-arc basin, commonly found near and in trenches of the oceans. It is an integral part of the Izu-Bonin-Mariana arc system, the Mariana trough is crescent-shaped, the same as the Trench, and it has the challenger deep, the deepest point of the ocean, just to the south of it.

An interesting thing to note is how these massive dents in the ocean form. A subduction zone, called an arc trench complex, forms when the tectonic plates collide and the Earth's crust sinks in retaliation. Most of the Earth's crust has been formed this way. As the oceanic lithosphere is slightly denser than the asthenosphere under it, a process like subduction is possible. Oceanic trenches are not just exclusive to the Pacific Ocean or the Atlantic Ocean, the Indian Ocean, especially the Southern part, contains the Diamantina Fracture Zone, on the seabed. It is near the Perth plateau and lies at a depth of 23,430 ft (7100 m), measured as part of the Five Deeps Expedition. But we would be remiss if we can't mention the Java Trench and the Tonga Trench. The former has a depth of 23,717 ft (7187 m), and the latter boasts an impressive 35,640 ft (10,800 m).

The peaks, however, are equal parts scary and unique. There are full-on underwater mountain ranges! Also known as the mid-oceanic ridge, this uplifting in the ocean floor occurs when the convection currents rise in the mantle under the oceanic crust, creating magma where two tectonic plates meet. The mid-oceanic ridge system is found in all the world's oceans, be it the Indian ocean, the Atlantic Ocean, the Pacific Ocean, the Southern Ocean, or the Arctic Ocean.

Marine Life In The Trenches

Most of the marine life in these trenches under the ocean floor is undiscovered, and fascinatingly, the ones discovered prove a lot of theories once scoffed at. For example, in the Puerto Rico Trench, marine life consists of different species of whales, proving the Deep Sea Gigantism theory, which says that the deeper you go, the larger the animals become.

This is for the animals and other marine life to be able to handle the pressure of water as well as survive in those murky underground waters.

In all the subduction zones underneath the sea level that we have spoken about, there have been countless discoveries of new flora and fauna. If we talk about the most commonly found ones in the Mariana Trench, xenophyophores, amphipods, and small sea cucumbers come to mind. Apart from those, fish, octopuses, and crustaceans have also been discovered. The deepest living fish called the Mariana snailfish was found just off of the coast of Guam. A lot of fauna remains unfound in the Southern Ocean trenches. The pressure drops in which these creatures live is almost 1000 times what the Earth’s atmosphere is!

Flora And Fauna Found In Trenches

The ocean’s bottom is a mystifying concept. Layers upon layers of water, getting darker every foot, every inch you go down from sea level. It is impossible to figure what lies there because even exploration cannot tell us much about it. There are, however, certain things that have been proven and samples taken. These animals are still terrifying but known. Their main source of protein and food is dead animals. We figure that before this cycle started, there must have been a sort of sustenance for them. Climate change, the ice age, and a million other factors eradicated their sustenance food, so they switched to eating their dead ones.

It is also important to mention a trench of sorts, called the Laurentian Abyss. An underwater depression off of the eastern coast of the Atlantic Ocean, six mi (9.6 km) deep, and considered to have been formed a couple of million years ago.

Everyone knows about the deepest points of the Horizon deep. It was an offshore drilling rig owned by Transocean to get oil and hence got its name. The deepest point in the Caribbean sea, the ocean depth to the seafloor is 15,351 ft (4,652 m). Molloy Deep is approximately 18,315 ft (5,550 m). From the northern coast to the southern ocean, every place has solo dive tours. You start off from an Island arc like the Mariana islands and go towards the middle of the sea. Then you take up a proper solo dive tour by diving off the dive site. There are documented depths to make sure you are safe. The diving system for the deepest trench or the deepest location may be slightly risky, but it is worth it for exploring fish life and the underwater mountains. There is a sudden pressure drop when you come back to the surface. There are detailed maps of the water column. You may see shows on TV channels like the Discovery Channel that run shows about oceans.

Here at Kidadl, we have carefully created lots of interesting family-friendly facts for everyone to enjoy! If you liked our suggestions for the deepest part of the Atlantic ocean then why not take a look at why do oceanic plates go under continental plates? Or plants that live in the Atlantic Ocean.