38 Monopoly Facts: Win The Game With These Tips And Tricks | Kidadl

38 Monopoly Facts: Win The Game With These Tips And Tricks 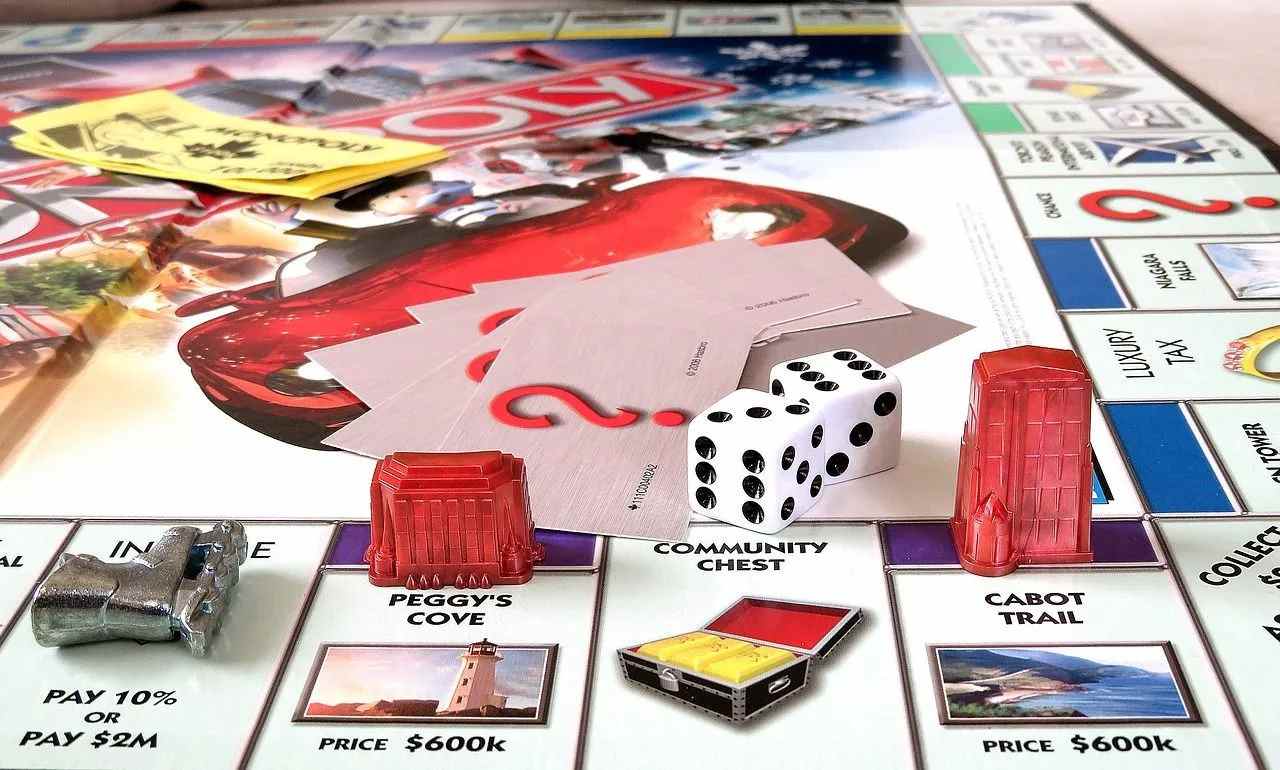 Monopoly is a board game that is based on economics.

This board game lets players buy, sell, trade, and construct properties, making money from them. As a player, you can also collect rent, fines, and fees from other players to increase your wealth.

Do you know that the Monopoly game is more than 100 years old? Different versions of the game have been played and enjoyed by families all over the world. Here are some awesome facts about its invention and history.

History traces back to the invention of the Monopoly game to the year 1903. It was invented by Elizabeth J. Philips.

She was also commonly referred to as Lizzie Magie. Magie's game was a way of helping people understand Henry George's single-tax theory.

Magie was an anti-monopolist, and she wanted to show people the negative effects of the Monopoly Act, passed during that time.

This monopoly game was originally called the Landlord's game, and Lizzie received a US patent for this game in 1904.

Lizzie held the patent for this game until 1935, when she finally sold the rights to the game to the Parker brothers.

The patent rights for this game were sold for just $500 at that time.

During this period, Charles Darrow, another American designer, slightly tweaked the game created by Lizzie and sold it to the Parker brothers. He later became a millionaire.

For a very long time, the Parker brothers falsely mentioned Darrow as the creator of the Monopoly.

Check out the basic list of equipment used to play the game of Monopoly.

You need a deck of uniquely designed cards to start the game. There will be sixteen community cards and sixteen chance cards each.

These cards will have detailed instructions printed on them to tell you what needs to be done.

A dice is used for Monopoly game progression. You have to roll the dice and move around the board.

The board is one of the most important pieces. Originally, this board contained a total of 40 spaces. These included 22 streets, two utilities, four railroads, three community chest and chance spaces each, an income tax space, a luxury tax space, and four corners, namely go, just visit, free parking, and go to jail.

There may be a few changes to the board game, depending on the version.

You can also spot subtle changes in the board layout in the UK and US versions.

The Monopoly game also includes title deeds. These are given to players when they buy a property.

There are 44 house-like pieces included in the game. These include 32 houses and 12 hotels. You can buy these as properties by giving money.

A token is a small piece of plastic that represents the player. These tokens are moved across the board game depending on the roll of the dice.

While the original version of the Monopoly game was simple, over time, the Parker brothers and other gaming distributors have introduced so many different versions of the game across the world.

The US version of the game is sold all over the country, and the properties here are named after places in Atlantic City and New Jersey. Money is available in dollar bills.

The UK version has London locations in it. US tax rates are not included in these, and instead a flat tax rate is given. Money is available in pound values.

'Monopoly Here and Now' version is another famous board game where everything, including property locations and tokens, is changed.

'Mega Edition' is a board game variant by Winning Moves Games. The board was about 30% bigger, and for the first time, $1,000 bills were introduced.

'Monopoly Empire' is another Monopoly game where players can buy brands like Coca-Cola, Samsung, and McDonald's to build their empire.

Some brands also made a game called 'Ms. Monopoly', where women had bonus points.

The Braille edition of Monopoly is a great variant that helps people without vision or those with limited vision enjoy the game all over the world.

Monopoly versions made by different countries have geography-specific locations.

Monopoly is an economic-themed game that requires a lot of strategy and smart thinking to make money. Here are some great strategies you can try out.

When purchasing your first property, don't be too picky. Tap into the market and buy as much as you can. This way, your chance of bankrupting others is high.

According to experts, in such board games, aggression is the preferred gaming style.

When your tokens move around the board of Monopoly, orange and red properties are valued more.

Some people try to save Monopoly money. That is not a great strategy to win. Instead, spend more as and when your tokens land on the right properties.

Follow the standard rules. These increase your chances of winning if played right.

Some people say that utilities don't make as much money as properties. So don't waste your money on these.

In the initial few rounds, your aim should be to build at least three houses or hotels in the same street. This is with the idea of monopolizing the street.

If you are low on cash or if it is the last few rounds, stay in jail and don't try to come out by paying a fine. You may save more this way.

Buy properties that other players have their eyes on. In other words, use your Monopoly money to prevent others from creating monopolies.

If you have decided to mortgage property to raise more capital, then make sure to not mortgage those where tokens largely land. If you do so, you will not collect rent.

Monopoly is definitely one of the most interesting of all the board games played throughout the world. It is also a great game to teach your children the basics of economics.

Why is Monopoly called so?

How many games of Monopoly have been sold?

There are more than 250 million copies of this game and its different versions sold.

Is there a free version of Monopoly?

There are a few online free versions of Monopoly played in different countries. These may not have all the interesting elements of the game, though.

Is it bad to play Monopoly?

Monopoly is a great way to understand world economics and trade rules. It is definitely not bad to play Monopoly.

Can you play Monopoly with two people?

You can play Monopoly with just two players. However, it is more interesting when played by multiple players.