49 Montenegro Facts That You May Not Have Heard Of Before 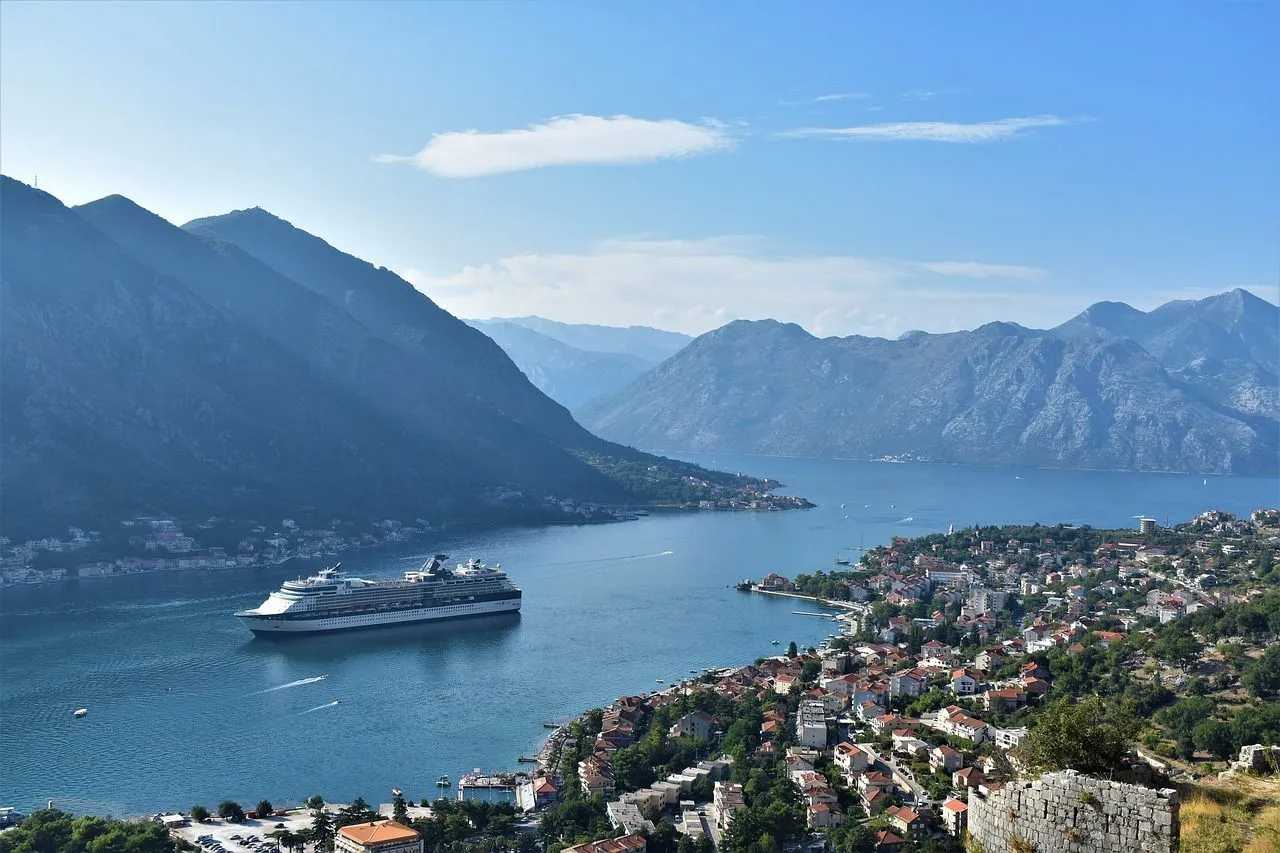 Montenegro is a small country situated in southeast Europe.

In Montenegrin, it is known as 'Crna Gora,' whose literal translation is 'Black Mountain.' It is one of the youngest among the European nations.

The capital city of Montenegro is Podgorica. The city of Podgorica is also the largest city in the country. Montenegrin economy is highly based on the country's tourism. Most of the tourists that visit Montenegro are from neighboring countries. It is one of the popular travel destinations in Europe because of the scenic beauty it provides the visitors with.

While Montenegro majorly has a Mediterranean climate, at the same time, there is diversity in terms of climate in several regions of the country. Lake Skadar is the largest lake in Montenegro, and Kotor Bay is the country's largest bay. Along with beaches and mountains, Montenegro also has canyons, caves, and other natural landscapes that make the country extensively diversified.

Read this article and explore more fascinating facts about Montenegro.

Montenegro is a country that has a beautifully diversified landscape. It also has amazing geographical conditions. Below are some facts about the geography of Montenegro.

Montenegro is located in the southeastern part of Europe.

It is situated on the Adriatic Sea and is part of the Balkan region.

Montenegro is also connected to Italy with a maritime boundary.

There are high peaks in the region of Montenegro that shares borders with Albania, Kosovo, and Serbia.

It also has karst along the western part of the Balkan peninsula, located quite high above sea level.

The country also has a narrow coastal plain called the Montenegrin coast.

This coast runs for miles before it abruptly stops nearing the northern part of the country.

It is the region where Mount Orjen and Mount Lovcen plunge deep to reveal the inlet of the Bay of Kotor.

The Montenegrin mountains have rugged terrains that are some of the most difficult ones in Europe.

During the last glacial period, the Montenegrin mountains were some of the most ice-eroded places in the Balkan peninsula.

Due to its strategic location in the Balkans region and on the Adriatic sea, along with the diversity of landscape, soil, geological base, and climate, Montenegro has a high rate of biological diversity. This has made the country one of the hot spots of world biodiversity and Europe.

Facts About The History Of Montenegro

Montenegro is a country with a rich historical past. The country was recognized as an independent entity only relatively recently. Some interesting facts about Montenegro's history are mentioned below.

The history of the region of Montenegro began in the ninth century with the settlement of the three Slavic principalities.

These Slavic principalities included Travunia, which corresponded with the west part of Montenegro, Raska with the north, and Duklja with the south.

The Venetian control over the territories that are part of present-day Montenegro was retained until 1797, after which it fell.

During the period between 1496-1878, large parts of the country were under the Ottoman Empire's control.

A distinct form of autonomy was established by Montenegro while being part of the Ottoman Empire. This gained freedom for Montenegrin clans from particular restrictions.

The Ottoman control over the territories was demolished through rebellions and victory in the Great Turkish War.

Through their victory in the Battle of Grahovac in 1858, the Great Powers were forced to recognize the Ottoman Empire and Montenegro being two separate territories while demarcating their borders.

Montenegro transformed into a kingdom in 1910. Its border with Serbia was first established due to the Balkan Wars in 1912 and 1913.

During World War One, Montenegro sided with the Allied Powers. Montenegro became an occupation of Austria-Hungary in 1916, and it lasted till 1918.

Then in 1929, Montenegro turned into a part of the Kingdom of Yugoslavia's Zeta Banate through further restructuring.

After a fierce rebellion against the occupation, the communist Socialist Federal Republic of Yugoslavia (SFRY) formed, and Montenegro became one of its six constituent republics.

In 1992, SFRY dissolved, and a small part fell under Montenegro and Serbia. The two countries fought over the administration and control over this territory. A referendum on Montenegrin independence decided upon the union of Serbia and Montenegro.

Fun Facts About The Culture, Traditions, And Holidays Of Montenegro

Being one of the youngest countries, Montenegro has a rich culture that has been influenced by the country's history. Some amazing facts about the traditions and culture of Montenegro are listed as follows.

There are many important historical and cultural sites in Montenegro. Religious monuments like the Cathedral of Saint Tryphon, Basilica of St. Luke, Savina Monastery, and Our Lady of the Rocks are located along the coast of Montenegro.

Montenegro has a traditional folk dance called Oro, also known as the eagle dance. In this dance, a couple dances in a circle in an alternative pattern, and the dance ends with people forming a human pyramid by standing up on each others' shoulders.

Tribal and clan identities and family life are kept in high regard among Montenegro's population.

It has been found that Montenegrin people are the second tallest in the world.

There is also high importance placed on religious festivals and other celebrations where the cultural aspect of the country with its traditional songs and dances can be witnessed.

The official language of Montenegro is the Montenegrin language. Bosnian, Albanian, Serbian, and Croatian are some of the other languages spoken by the country's population.

When someone receives an invitation for a celebration or meal at someone else's house in Montenegro, it is a custom to take a box of coffee and a wine bottle to their house.

'Casino Royale,' a James Bond movie released in 2006, was set to be in Montenegro, but it was actually mostly shot in Czech Republic's Karlovy Vary.

Independence Day in Montenegro is a public holiday celebrated on May 21 annually. There is also Statehood Day observed on July 13 every year in Montenegro.

Montenegro also celebrates Orthodox Christmas on January 7 and Victory Day on May 9.

The dominant religion in Montenegro is Orthodox Christianity.

While Montenegrins make up the majority of Montenegro's population, there are also Serbs, Albanians, and Bosnians living there.

Montenegrin people are known for being lazy among the Balkans. World Lazy Olympics is held annually at Ethno Village, and the winner is the one who can be the laziest.

Many Montenegrin also believe in several superstitions. For instance, the breaking of glass is taken to be a harbinger of luck.

Montenegro is a country with a scenic landscape and numerous tourist attractions. If you are planning to visit the country soon, then take a quick look at the list of famous tourist spots of Montenegro mentioned below.

The Adriatic coast has many old towns and beaches scattered along.

The old town of Bar, also known as Stari Bar, has several frescos, bas reliefs, and other historical artifacts. The old town of Bar is also famous for having the world's oldest known olive tree, which is called Stara Maslina.

For nature lovers, there are nature trails in Montenegro where you can relax in nature and partake in activities such as trekking and hiking.

The Tsar's Bridge also called Care Most across the Zeta River, is a famous architectural feature of Montenegro.

Tara Canyon is a magnificent feat of nature that is Europe's deepest and biggest canyon and the world's second-biggest canyon.

Another famous aspect of the Tara River is its clean water which serves as a border between Montenegro and its neighboring countries in several places.

Kotor Bay is also a must-visit place while traveling in Montenegro as it has some beautiful beaches and towns.

Sveti Stefan is an island village with fortifications and a connection to the mainland via a causeway.

This island village offers an idyllic setting for scenic pictures and breathtaking views.

Sveti Stefan has been turned entirely into a luxury resort where you can stay and take in the views of the island and surrounding nature.

Budva Riveria is another place where locals and tourists like to spend their hot summers. Budva Riveria has the sea on one side and the mountains on the other, thus offering different experiences to the visitors.

Lipa Cave is a karst cavern near Cetinje village and is a hot tourist attraction in Montenegro.