15 Sugary Facts About Marshmallow May Make You Crave For Some 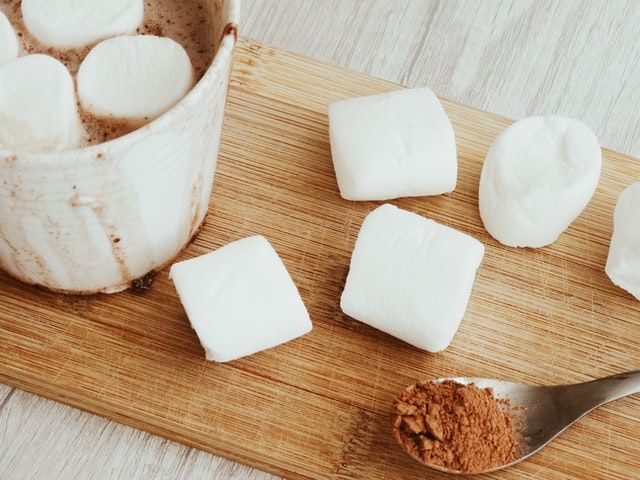 Marshmallow is a fluffy, porous, and delightful treat.

Sugar, water, and gelatin are often beaten to a mushy texture before being shaped into little cylindrical bits and covered with corn starch. The term 'marshmallow' comes from the mallow plant genera (Althaea Officinalis) that thrive in wetlands and other wet areas across Europe, North Africa, and Asia.

Being a delicacy that has been passed on from long ago, it has had many variations throughout history. These facts explain the timeline Marshmallows have passed through.

The initial marshmallows were created by cooking root pulp boiling pieces in a honey mixture, and they became viscous. The mixture was filtered, chilled, and utilized as planned after thickening. Ancient Egyptians were thought to be the first people to make them, and consuming them was a luxury kept just for deities and kings, who utilized the plant's root to remedy coughing, sore throats, as well as injuries.

Modern marshmallow procedures were initially invented in France around the year 1850. This initial procedure of manufacture was very costly and slow since it consisted of the casting and molding procedures of every marshmallow. In French candy, Mallow root sap was used to bind egg whites, corn syrup, and water. The marshmallows were made by heating the fluffy mixture and pouring it into little molds made of corn starch. Marshmallows were not yet meant for mass consumption at this period; instead, candy makers in tiny shops sold them.

Marshmallows became available for widespread consumption in the United States in the 1900s. Candy makers invented the starch mogul system in the late 1800s. Marshmallows were initially purchased in tins and were known as penny candy. They were then employed to prepare a variety of food recipes like the lemon mallow sponge, banana fluff, and the tutti frutti.

This treat has been historically made up of multiple ingredients, which have been derived into four to five main ingredients in modern times.

Everything comes together thanks to a stabilizing substance like gelatin or egg whites. These white sweets are made by aerating sucrose and protein combinations. The chemical composition of marshmallows is a much more steady sugar solution after it achieves an ultimate density of 0.5 grams/ml.

By 1956, a guy named Alex Doumark had invented the extrusion process. Long tubes were used in extrusion to pass the ingredients across. This had a significant influence on how the marshmallow-making procedure was controlled.

An essential ingredient in marshmallows is the whipping agent.

Air is also a constituent. You read that right. Modern marshmallows contain between 40% and 60% air within tiny bubbles. These bubbles aid in the formation and retention of the confectionery's structure.

While Marshmallows are not among the healthiest of treats, specific nutritional facts about the food item should indeed be looked into.

Marshmallows have some incredibly beneficial properties for your health too. Some of these properties help reduce some prevalent health issues.

Marshmallows aid in the reduction of blood sugar levels.

Doctors suggested a firm meringue made from marshmallow sap, egg white, and sugar to remedy sinus infections, coughing, and injuries in the 1800s, now that's the type of medication we enjoy!

Roasting marshmallows above a campfire is among the most common ways to consume these. This warms the marshmallow's outer layer, rendering it gooey and enjoyable to consume. They get warm on the inside, making them suitable comfort food.

Marshmallows have their national holiday in the United States. The United States has its priorities in line when it pertains to mallows. On August 30, Americans celebrate National Toasted Marshmallow Day by gathering around campfires around the country to share the gooey texture of the toasted marshmallow.

S'mores are a classic American campfire dessert consisting of a roasted marshmallow atop a chunk of chocolate sandwiched between two graham crackers. The chocolate will melt as these are pushed simultaneously.

Anthony Falzon set the record for the most marshmallows consumed in one minute when he consumed 25 marshmallows, on March 25, 2013, in Sliema, Malta.

The Egyptians created the first marshmallows by extracting the juice from a marshy shrub (the marshmallow plant).

Who invented the marshmallow?

In 2000 BC, ancient Egyptians became the first to savor this gooey dessert, today known as a marshmallow.

How many marshmallows are eaten a year?

What made marshmallows famous?

Marshmallows became famous due to their acquired taste all around the world as a delicious sweet treat.

What is a marshmallow made of?

How did marshmallow get its name?

The term 'marshmallow' comes from the mallow plant genera (Althaea Officinalis) that thrive in wetlands and other wet areas across Europe, North Africa, and Asia.

What are marshmallows used for?

Do marshmallows grow on trees?

Traditionally, marshmallows were produced from caramelized plant roots. Marshmallow is the name of the shrub.

Do marshmallows have eggs?

Do marshmallows help a sore throat?

Yes, marshmallows do help with a sore throat.

Do marshmallows help with acid reflux?

Are marshmallows good for digestion?

Indeed, marshmallows are perfect for digestion.

Refrigerate the unwrapped marshmallows in a vessel with a strong cover or simply in a ziploc plastic pouch to keep them fresh.