The Ultimate Winter Trivia Quiz For Those Cold Nights | Kidadl

The Ultimate Winter Trivia Quiz For Those Cold Nights You love winter (don't we all?) but do you know all about it too?

This winter trivia will put your knowledge to the test and perhaps teach you some new interesting fun facts about winter too! Winter is the coldest time of the year when the temperature falls, as have the leaves from trees, days become shorter and nights longer, and in many places beautiful snow blankets everything.

How much do you really know about this season? Test yourself with this winter holiday trivia and find out! You may also find answers here to any questions about winter you may have. You can play this holiday trivia for kids with the whole family, teaching lots of cool facts about winter for kids through play. Take this winter quiz with your family and friends, or also try our summer trivia and spring trivia and have a fun season-themed trivia party!

Let's start by testing your winter season information and cold weather facts knowledge. As winter is the season when we prefer to stay indoors, warm and cozy, and spend time with the family, why not make this a fun learning experience for the kids with these easy winter trivia questions and answers? They are full of fun facts about cold weather and winter fun facts for kids. Here you go, some cold weather trivia is coming your way!

1. Question: The word 'winter' comes from an old germanic word 'wintar'. What does it mean?

2. Question: Which hemisphere experiences a colder winter season than the other?

3. Question: What is the shortest day of the year called?

4. Question: What is the name of the medical emergency that occurs when your body loses heat faster than it can produce it and the body's temperature gets dangerously low?

5. Question: Which months mark the beginning and end of the winter season respectively?

6. Question: During which season in the Northern hemisphere does the earth reach the point in its orbit where it is closest to the sun?

7. Question: What is the lowest temperature ever recorded in the United States of America?

8. Question: What is the coldest state in the United States of America?

9. Question: True or False? The Arctic Fox turns white during winter and then changes back to its grey color when it is over.

10. Question: True or False? When animals hideaway during the winter season and emerge when it is over it's called migration and when birds and animals travel to warmer places when it is cold in their natural habitat, it's called hibernation.

Answer: False, it is the other way around.

Snow is considered to be the most beautiful and fun part of winter by any person who has experienced it. There is 'snow' way someone will say it wasn't love at 'frost' sight (winter wonderland or winter pun-derland?)! Full of more interesting winter weather facts, here is some snow trivia for kids and families, and perhaps some snowflake trivia too. Good luck!

11. Question: What is the fear of snow called?

12. Question: Where is the snowiest place in the United States?

13. Question: What are heavy snowfalls with winds over 35 miles per hour with limited visibility called?

14. Question: How much of the world's freshwater supply comes from snow and ice?

15. Question: Is it possible for snow to fall over a desert?

16. Question: How many sides do snowflakes have?

17. Question: What is the average speed at which snowflakes fall from the sky?

18. Question: What is the largest width ever recorded of a snowflake?

19. Question: What causes the red color of watermelon snow, which is most commonly found in the Canadian Rockies?

20. Question: The most snow to fall within 24 hours ever recorded was 76 inches. Where was this?

Every year, countless people wait for the arrival of winter with skis and ice skates in hand. And those who don't play, love watching others do it. So, when it comes to trivia about winter, how can our fun winter questions be complete without some winter sports and Winter Olympic trivia?

21. Question: Which city in the United States became the first US city to host the Winter Olympics twice?

22. Question:. True or False? No country in the Southern hemisphere has ever hosted the Winter Olympics

24. Question: Which winter sport evolved from skateboarding and surfing?

25. Question: In which country did speed skating originate?

26. Question: What was the first international winter sports competition to be organized?

27. Question: Which game played on ice is similar to lawn bowls?

29. Question: Who was the first player to compete in the Winter Olympics after having played in the National Hockey League?

Winter Around The World

The climatic conditions of a place depend on many factors including altitude, distance from the sea, and distance from the equator. Hence, countries across the world experience winter in many different ways, all of them with their own winter festivals and traditions. At some places, like tropical islands, the residents barely experience any cold, while countries like Greenland experience plenty of extreme cold conditions. In fact, winter in Russia can get so severely cold that the cold weather has even been used as a defensive measure against invaders at many points in history. There are so many winter holiday fun facts out there! How many of these winter facts around the world do you know?

31. Question: Which is the snowiest city in the world?

32. Question: What is the Ukrainian New Year, which is celebrated in mid-January and is famous for its rowdy and masquerade-like traditions, called?

33. Question: What is the name of Winter Solstice celebrations in Iran?

34. Question: Austria has its own version of Santa Claus, but he is a little more strict. He not only comes to reward nice children but also to punish naughty ones. What is he called?

35. Question: Which country's version of Santa Claus is a group of 13 dwarf-like lads who each have their own name and are together called the Yule Lads?

36. Question: Where is the event called Night of the Radishes, which is a three-day festival starting on 23 December, celebrated?

37. Question: In which country is Saint Lucia Day celebrated, where on 13 December the youngest girl from each family dresses up as the martyr Saint Lucy of Syracuse?

38. Question: Which Chinese Festival is celebrated in January or February, depending on the lunar calendar?

39. Question: What is the ancient African harvest festival, celebrated between 26 December and 1 January, whose name literally means "first fruits" called?

40. Question: The Kureri tradition is thousands of years old, men and women put on masks that appear like monsters and costumes and dance around to scare evil spirits away. To which country does this Kukeri tradition belong?

With great winter fun, can come great potentially dangerous weather and situations. Remember to teach your kids about winter safety, and you can make it a fun activity with these interesting winter facts for kids. So, how much do you already know? There is only one way to find out! Here's some winter safety trivia questions.

41. Question: What is the most common problem after exposure to severe cold?

42. Question: At what temperature can the body start going into hypothermia?

43. Question: Which dangerous gas can be released if you don't get your furnace serviced regularly?

44. Question: How thick is ice that can be skated on safely?

45. Question: A person is showing symptoms of frostbite on their finger after being subjected to severe cold exposure. What would your first step towards helping them be?

46. Question: True or False? If a person has both frostbite and hypothermia, treating hypothermia should be the priority.

47. Question: True or False? There should be a kit of emergency supplies in your vehicle at all times in case you get stranded because of extreme weather conditions.

48. Question: True or False? It is okay to not keep much distance between two vehicles while driving.

49. Question: True or False? Heels are a safe footwear choice for going out in the snow if one knows how to walk in them properly.

Guess The Famous Quotes About Winter

Can you recognize who these famous lines about winter are from?  Apart from the snow trivia lets see how well you can answer these winter wonderland trivia questions on who said what!

51. Question: "In the depth of winter, I finally learned that there was in me an invincible summer."

52. Question: "I wonder if the snow loves the trees and fields that it kisses them so gently? And then it covers them up snug, you know, with a white quilt; and perhaps it says, 'Go to sleep, darlings, till the summer comes again.'"

54. Question: "It was one of those March days when the sun shines hot and the wind blows cold: when it is summer in the light, and winter in the shade."

55. Question: "Winter is on my head, but eternal spring is in my heart."

56. Question: "Advice is like the snow. The softer it falls, the longer it dwells upon, and the deeper it sinks into the mind.”

57. Question: "No winter lasts forever; no spring skips its turn."

58. Question: "Blow, blow, thou winter wind, thou art not so unkind as man's ingratitude."

59. Question: "Winter forms our character and brings out our best."

60. Question: "The hard soil and four months of snow make the inhabitants of the northern temperate zone wiser and abler than his fellow who enjoys the fixed smile of the tropics."

This winter trivia for kids is full of interesting facts about winter, it even has some trivia questions about the beautiful animals that live in the cold. Here we go, let's see how many of these winter questions you can get right and how well you know the clothes and food of winter!

62. Question: What does George promise Mary in 'It's A Wonderful Life'?

63. Question: In 'A Christmas Carol', who is the antagonist?

64. Question: What kind of pizza does Kevin dream of having all to himself in 'Home Alone'?

65. Question: Name the Disney movie in which a princess, the elder of two sisters, has the power to create and manipulate snow?

66. Question: Eggnog was first introduced in which country?

67. Question: What does the muskox do to prepare itself for the severe cold?

68. Question: Traditionally, what is hidden inside a Christmas pudding?

69. Question: What does Sam bring back from Alaska t0 his friend George in Seattle in 'North To Alaska'(1960)?

70. Question: What is the number of children who travel to Narnia in 'The Chronicles Of Narnia: The Lion, The Witch, And The Wardrobe'(2005) to help a lion?

71. Question: It is now traditional to eat a KFC for Christmas dinner in this country. Can you name the country?

72. Question: What is the famous Russian fur hat worn in winter called?

Here at Kidadl, we have carefully created lots of interesting family-friendly trivia for everyone to enjoy! If you liked this winter trivia quiz, then why not take a look at our weather trivia, or 'Christmas Vacation' trivia too? 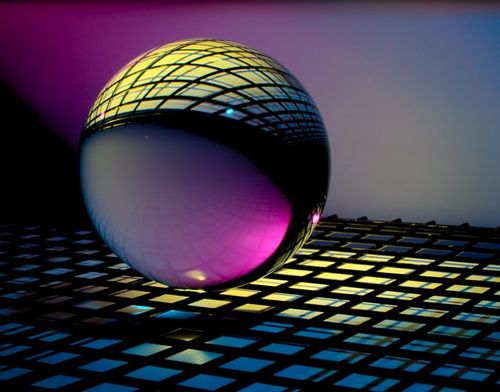 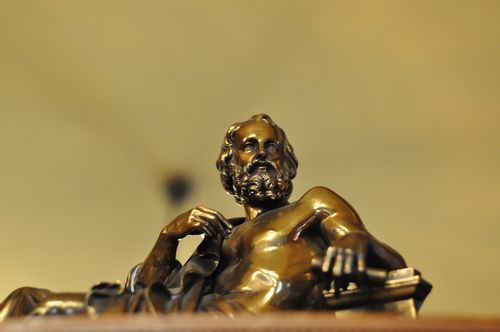 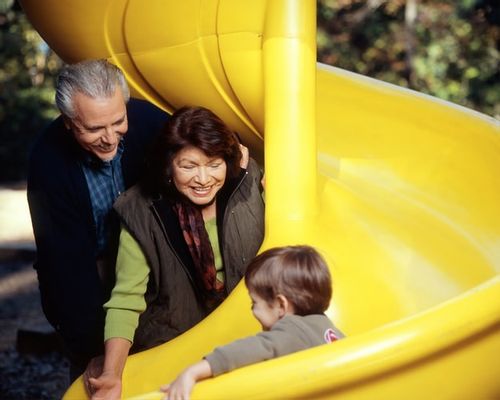