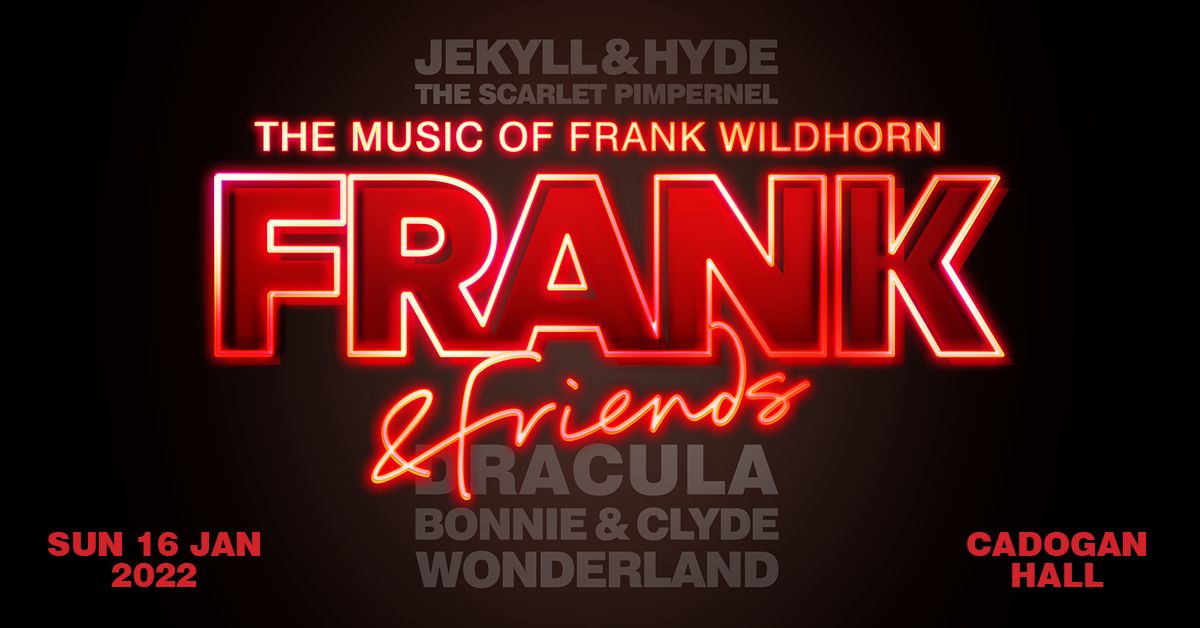 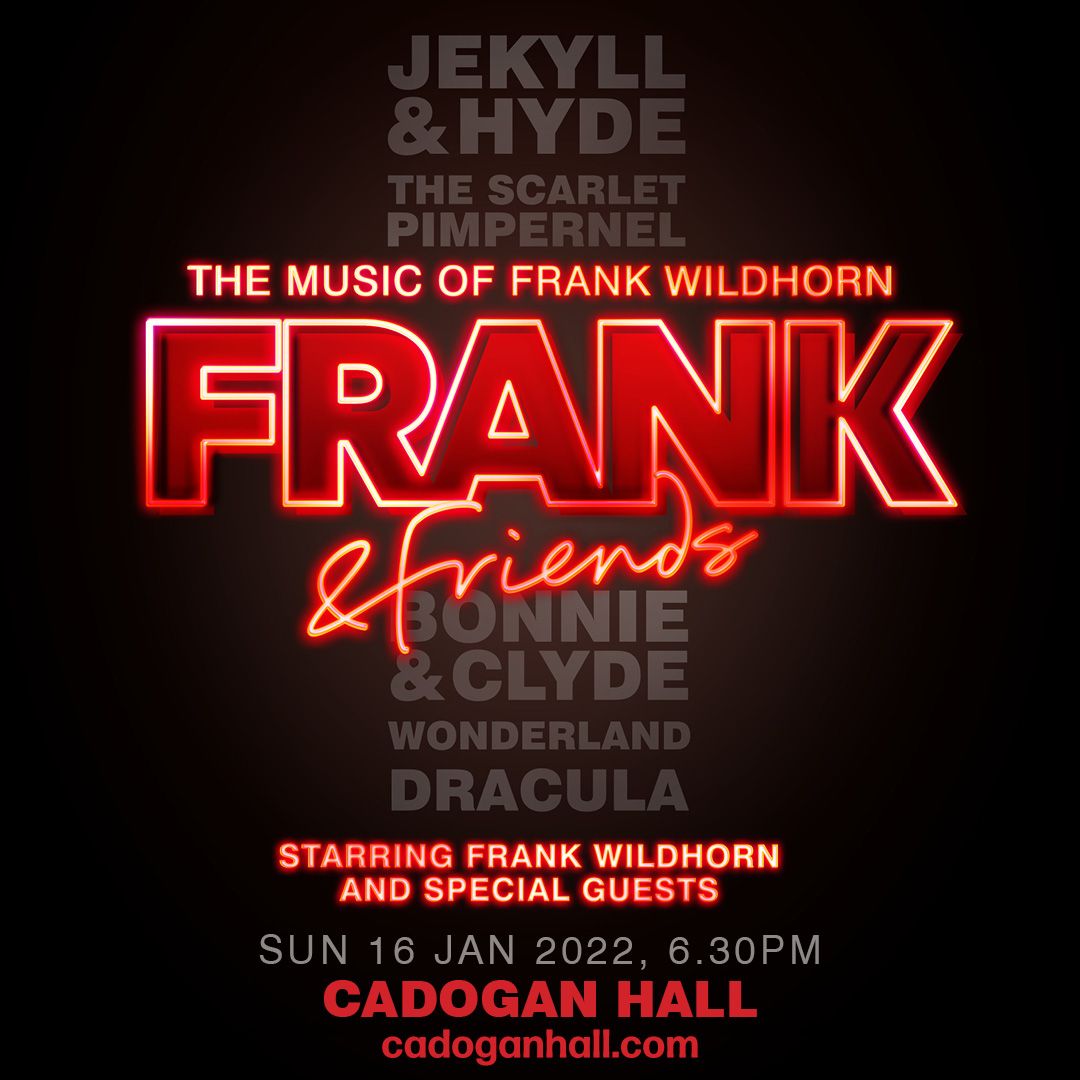 The Music Of Frank Wildhorn: Frank & Friends In London

Book Your Tickets For The The Music Of Frank Wildhorn: Frank & Friends In London

Frank Wildhorn is here in London for the first time to perform 'Frank & Friends' after his sold-out concert shows of 'Bonnie and Clyde'. Frank Wildhorn brings his concert of 'Frank & Friends' to London and in this show, some of the most talented artists around share the same stage as Frank and his friends. Cadogan Hall in London is ready to welcome visitors to a concert by Fourth Wall Live which celebrates all the incredible music compositions by Frank Wildhorn. Book The Music of Frank Wildhorn tickets now.

About The Music of Frank Wildhorn: Frank & Friends

What is 'The Music of Frank Wildhorn' about?

Frank Wildhorn's show, 'Frank & Friends', commemorates the work of the world-renowned music composer who has previously been nominated for Grammy Award, Tony Award, and Emmy Award.

Enjoy some songs from Frank's collection of pop, jazz, and musical theatre and also from his original shows of 'Jekyll and Hyde', 'Wonderland', 'The Scarlet Pimpernel', 'Dracula', 'The Civil War', 'Bonnie And Clyde', 'Victor/Victoria', 'Mata Hari', 'The Man Who Laughs', 'The Count of Monte Cristo', 'Rudolf', 'Carmen', 'Camille Claudel', 'Death Note' and 'Excalibur/Artus'.

What age is 'The Music of Frank Wildhorn' suitable for?

The age limit hasn't been announced. It could be suitable for all audiences who love music, however, do check while booking your tickets.

How long is the production?

The runtime has not yet been announced.

What kind of music will I get to hear at 'The Music of Frank Wildhorn'?

Hear music compositions from Frank Wildhorn including his jazz, pop, and musical theatre catalogues. You will also hear music from his musicals including 'The Scarlet Pimpernel', 'Jekyll and Hyde', 'Wonderland', 'Bonnie and Clyde', and 'Dracula'. His other notable mentions are 'The Count of Monte Cristo', 'The Civil War', and 'Death Note'.

Who is in the 'The Music of Frank Wildhorn' cast?

Frank Wildhorn has composed songs for Whitney Houston, Johnny Mathis, Hootie & the Blowfish, Stix, The Moody Blues, Colm Wilkinson, Patti LaBelle, Anthony Warlow, Trisha Yearwood, Michael Ball, Natalie Cole, Kenny Rogers, Beverley Knight, Sammy Davis Jr, among many others. The international hit song 'Where Do Broken Hearts Go' which made number one around the world was also composed by him. This Grammy, Tony, and Emmy Award-nominated composer is one to look out for.

Enjoy the show live on stage.

Who is the team behind the production?

Fourth Wall Live presents this show for you along with Frank Wildhorn.

Where is 'The Music of Frank Wildhorn' being performed?

How do I get to Cadogan Hall?

Take the A4 road to reach the destination.

Where can I park near Cadogan Hall?

Where are the toilet facilities at Cadogan Hall?

Toilets are available. The unisex accessible toilets can be accessed via a lift.

Yes, it is accessible. Step-free access is available to the foyer and the box office. If you need assistance, ring the doorbell to the right of the main box office door.