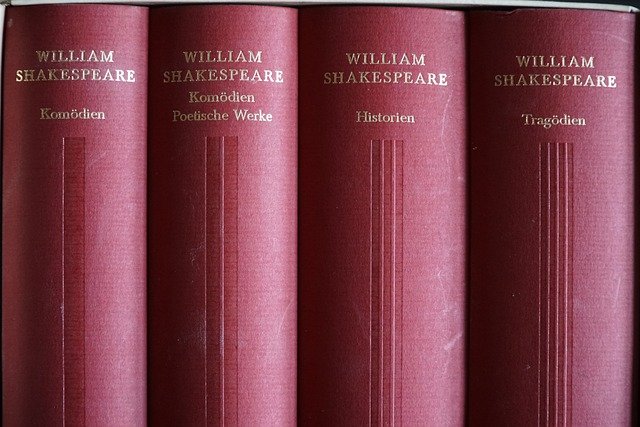 William Shakespeare is considered as the greatest writer of all times.

Born in England in 1564, Shakespeare was a prolific dramatist, poet and writer. He is also credited with the prestigious title of 'The Bard Of Avon'.

William Shakespeare has written numerous plays and among them tragedy was a vital ingredient. Such important plays involve the likes of 'Hamlet', 'Romeo And Juliet', 'Julius Caesar' and others. A particular line from Hamlet, "To be, or not to be: that is the question" is often considered as the most famous line by William Shakespeare.

If you liked our Shakespeare quotes about death go check out famous 'Hamlet' quotes and Lady Macbeth quotes.

Here are some of the best William Shakespeare quotes about death.

1. "But now the arbitrator of despairs,

For now they kill me with a living death."

4. "He that cuts off twenty years of life

Cuts off so many years of fearing death."

5. "O, in the battle think on Buckingham,

And die in terror of thy guiltiness.

Dream on, dream on, of bloody deeds and death."

To make my end too sudden."

My blood, my want of strength, my sick heart shows,

That I must yield my body to the earth

And, by my fall, the conquest to my foe."

8. "O, then began the tempest to my soul

Who pass'd, methought, the melancholy flood,

With that grim ferryman which poets write of,

Unto the kingdom of perpetual night."

Till our King Henry had shook hands with Death."

10. "Fates, we will know your pleasures.

That we shall die, we know. 'Tis but the time,

And drawing days out, that men stand upon."

11. "This grief is crowned with consolation."

Where Death’s approach is seen so terrible!"

13. "Be York the next that must be bankrupt so!

Though death be poor, it ends a mortal woe."

When men are unprepared and look not for it."

15. "When beggars die there are no comets seen.

Having my freedom, boast of nothing else

But that I was a journeyman to grief?"

17. "O Death, made proud with pure and princely beauty!

The Earth had not a hole to hide this deed."

20. "Cowards die many times before their deaths.

Hath had no power yet upon thy beauty."

Nor the furious winter’s rages;

Thou thy worldly task hast done,

24. "How oft when men are at the point of death

Have they been merry, which their keepers call

A lightning before death!"

Give me my Romeo."

28. "By medicine life may be prolonged, yet death will seize the doctor too."

29. "Now would I give a thousand furlongs of sea for an acre of barren ground: long heath, brown furze, anything. The wills above be done, but I would fain die a dry death."

30. "Life and these lips have long been separated.

Death lies on her like an untimely frost upon the sweetest flower of all the field."

Here are some best quotes about grief from Revenge tragedy plays of William Shakespeare.

31. "But that the dread of something after death-

The undiscover'd country, from whose bourn

No traveller returns- puzzles the will."

Unbind my sons, reverse the doom of death."

33. "Thou know'st 'tis common; all that lives must die, Passing through nature to eternity."

Treason has done his worst; nor steel nor poison,

Can touch him further."

36. "The violence of either grief or joy

Their own enactures with themselves destroy."

Give sorrow words. The grief that does not speak

Whispers the o'erfraught heart and bids it break."

Blood and revenge are hammering in my head."

For in that sleep of death what dreams may come."

40. "Life’s but a walking shadow, a poor player

That struts and frets his hour upon the stage,

And then is heard no more. It is a tale

Told by an idiot, full of sound and fury,

Shakespeare Quote About Death From Other Plays

Enlisted below are some of the best death quotes from other iconic plays of William Shakespeare. These death quotes often remind us how beautiful life is.

41. "When remedies are past, the griefs are ended

By seeing the worst, which late on hopes depended.

To mourn a mischief that is past and gone

Is the next way to draw new mischief on."

Have written strange defeatures in my face:

But tell me yet, dost thou not know my voice?"

43. "If the living be enemy to the grief, the excess

47. "Moderate lamentation is the right of the dead,

excessive grief the enemy to the living."

And in sad cypress let me be laid."

Meetest for death. The weakest kind of fruit

Drops earliest to the ground, and so let me."

50. "Be absolute for death; either death or life

Shall thereby be the sweeter."

51. Thou art not conquer'd; beauty's ensign yet

Is crimson in thy lips, and in thy cheeks,

And death's pale flag is not advanced there."

As chimney-sweepers, come to dust."

Take him and cut him out in little stars,

And he will make the face of heaven so fine

That all the world will be in love with night."

My part of death, no one so true

Here at Kidadl, we have carefully created lots of interesting family-friendly quotes for everyone to enjoy! If you liked our suggestions for Shakespeare quotes about death then why not take a look at ['Hamlet' revenge quotes], or ['Macbeth' witches quotes]