75 Disney Fairies Names From All The Movies And Books | Kidadl

75 Disney Fairies Names From All The Movies And Books 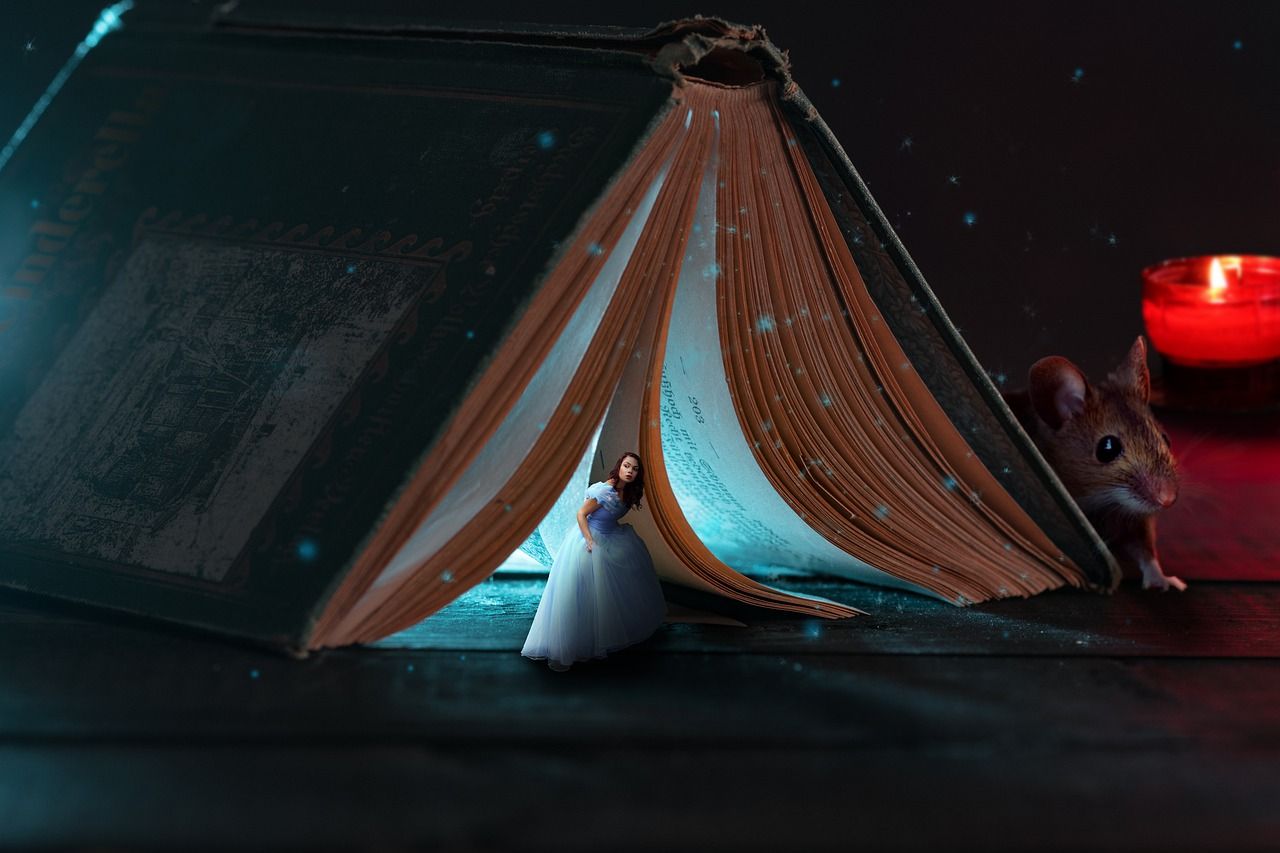 Along with a mermaid, a fairy with beautiful wings is undoubtedly a favorite character for most fans of the Disney films franchise.

Bess (English origin), meaning 'oath of God,' is a fairy in the Disney series. Bess had great talents in art.

Elwood, a combination of the words 'elder tree' and 'wood,' is a talented fast-flying fairy who is very talkative and nice towards others.

Fairy Gary (Old English and German origin), meaning 'spear' or 'bold,' is from Disney's films, 'Tinker Bell' and 'The Lost Treasure,' and minds the dust fairies.

Fairy Mary (Hebrew origin), meaning 'beloved' or 'motherly,' is the head of the tinker fairies. Fairy Mary is stout, fussy, organized, and Fairy Mary takes pride in being a tinker.

Fern (English origin), meaning 'someone who lives among ferns,' is a garden fairy. She is pragmatic and organized.

Fiona (Gaelic origin), meaning 'white' or 'fair,' is a secondary character in 'Secret Of The Wings.'

Fufalla is a made-up name for one of the wand fairies who likes to prank others and play with others.

Fury (Irish origin), meaning 'intense, disordered,' is a scout fairy in 'Tinkerbell And The Legend Of The Neverbeast.'

Gelata (Italian origin), inspired by 'gelato,' which means 'frozen,' is a baking-talent fairy and her talent guild's head. She is friendly and competitive.

Glissandra, possibly meaning 'light snow,' is a secret fairy who wears a lot of makeup.

Humidia, derived from 'humidity,' is a water fairy's name.

Iridessa, meaning 'light' or 'illuminated,' is the name of a light fairy. Iridessa always looks on the bright side of things. Iridessa is one of the most positive fairies. Iridessa shares a sweet-sour relationship with Fawn.

Lily, named after the flower by the same name, is a garden fairy.

Luminaria, meaning 'someone who illuminates,' is a light fairy found in 'Tinkerbell' stories.

Magnolia, named after the flower by the same name, is a fairy with a leaf-talent.

Melinda (Greek origin), meaning 'sweet as honey,' is an art talent fairy who is very amazing at glass blowing.

Miss Nettle, meaning 'covered in leaves,' made her appearance in 'Sofia, the first.' Known to be self-centered, she was an apprentice fairy of Merryweather, Fauna, and Flora.

Mixie is a made-up name for 'someone who mixes.' She is a fairy with a baking talent.

Nilsa (Danish origin), meaning 'someone who defends,' is a scouting talent fairy.

Nyx (Greek origin), meaning 'night,' is a scout fairy who appears as the main antagonist in 'Tinkerbell.' Nyx is an incredibly loyal and devoted leader of the scout fairies.

Periwinkle (Russian origin) meaning 'blue-purple color' or 'plant/flower' is a fairy in the Disney series. Periwinkle is a talented winter frost fairy and Periwinkle is Tinkerbell's sister.

Queen Clarion, whose name literally means 'wise,' is a wise fairy. She always makes the fairies and sparrow-men like her children and looks after them. She is the Queen of Pixie Hollow.

Quill, meaning 'plume' or 'feather,' is a fairy who is shy and talented in art.

Rani (Indian origin), meaning 'queen,' is a water talent fairy and she played a great role in 'Fairy Dust And The Quest For The Egg.'

Rosetta (Italian origin) meaning 'little rose' is another 'Tinkerbell' fairy. Rosetta is a true artist and Rosetta loves bringing beauty to the world.

Rune, meaning 'a mark with a secret or magic meaning,' is a fairy with a storytelling talent.

Silvermist is simply a combination of the words 'silver' and 'mist.' Silvermist has a go-with-the-flow personality and is a famous water fairy.

Sweet Pea is a flower and used as an endearment term, it is also the name of a social, sassy, and fun-loving fairy. Sweet Pea is crazy about ribbons, flowers, and the color pink.

Temma is a shoemaker fairy and she appears in 'Fairy Haven And The Quest For The Wand.'

Thistle, meaning 'to prick,' is a garden fairy. She appeared in 'Prilla's Prize.'

Tutupia is the queen of the great wand fairies who have wands that have the power to perform magic.

Vidia (Indian origin), meaning 'wisdom,' is the fastest of the fast-flying fairies.

Violet, named after the color or the flower by the same name, is a fairy who is very fair and has a dyeing talent.

Zuzu (Czech origin), meaning 'lily.' is a fairy who had tinker talent.

Let's look at some more Disney fairies' names. Some of these are lesser-known, while others are very famous.

Black Fairy is the mother of Rumplestiltskin.

Blue Fairy grants the wish of Geppetto and transforms Pinocchio into a real boy.

Dawn, meaning 'morning,' is the daughter of the Fairy King, the sister of Marianne, love interest of Sunny in 'Strange Magic'.

Dewdrop is an antagonist in the film, 'Onward.'

Doli is the sidekick of King Eidilleg in the film 'The Black Cauldron.'

Fairy Godmother is a supporting character in Disney's 1950 animated feature film 'Cinderella'. She is a kindly fairy devoted to making dreams come true for the pure-hearted and noble as she is the embodiment of hope.

Grotta (Italian origin) means 'cave.' Grotta is a bossy fliegel who appears in the 'Sofia The First.'

Puck, meaning 'mischievous,' is a trickster and a lighthearted fairy of Disney.

Tizzywing, meaning 'someone with wings who is in a state of nervous excitement,' is a fast-flying fairy.

Winter fairies work primarily in the Winter woods. They are found all over this realm of Pixie Hollow. Winter fairies perform their work with frost, snow, or glaciers. To know about these snowy creatures is interesting and fun. Go through the following winter fairies' names and other details.

Gliss, meaning 'to glide,' is a frost talent fairy who conjures frost into all kinds of different shapes. Gliss isn't limited to using just hands to frost things but the tip of her foot too.

Sled, meaning 'sledge' is a Disney winter fairy who is known for training snow owls.

Spike, meaning a 'long heavy nail' or referring to an 'icicle,' is one of the frost talent fairies in Disney. Spike freeze every element of plant life and vegetation such as trees, flowers, or grass.

There exist various characters in the Disney Pixie Hollow game. Check out the following list of characters and understand more about them.

Beck is an animal found in the Disney series.

Blaze, meaning 'fire,' is a firefly in TinkerBell and the Lost Treasure.

Cheese is one of the many mice in Pixie Hollow. He serves as helpers of the tinker-talent fairies.

Clank, meaning a 'sharp metallic sound,' is a large tinker-talent sparrow-man. Clank has a wonderful personality and is helpful to others.

Dr. Griffiths is Lizzy's father and the main antagonist of 'Tinkerbell And The Great Fairy Rescue.'

Elizabeth Griffiths is the deuteragonist of 'Tinkerbell And The Great Fairy Rescue.'

Gruff, meaning 'rough' is a giant furry monster and the deuteragonist of 'Tinkerbell And The Legend Of The Neverbeast.'

Kyoto, meaning 'capital,' is an evil dragon who lives in NeverLand. He is the secondary antagonist.

Leech, meaning 'doctor,' is a minor antagonist who appears in the Disney Fairies movie 'Tinkerbell and the Lost Treasure.'

Lord Milori, meaning a 'green pigment,' is a character in 'Secret Of The Wings.' He is the ruler of the Winter Woods and Queen Clarion's love interest.

Merida was one among the Disney princess fairies' names and is the main protagonist of the 2012 Disney/ Pixar film 'Brave'.

Mr. Twitches is a cat in Griffith's family. He has a sour temperament, and he enjoys chasing fairies in 'Tinkerbell And The Great Fairy Rescue.'

Wendy Darling is the deuteragonist in 'Peter Pan'.

Fauna (Latin origin), meaning 'goddess of nature and animals,' is the middle fairy dressed in a green gown, green hat, and a green cape clipped with a green triangle.

Flora (Scottish, Latin origin), meaning 'flower,' is the tallest and oldest fairy who is dressed in a red gown, red hat, and a red cape clipped with a yellow square.

Merryweather (English origin), meaning 'someone of a sunny disposition,' is the shortest and youngest fairy.