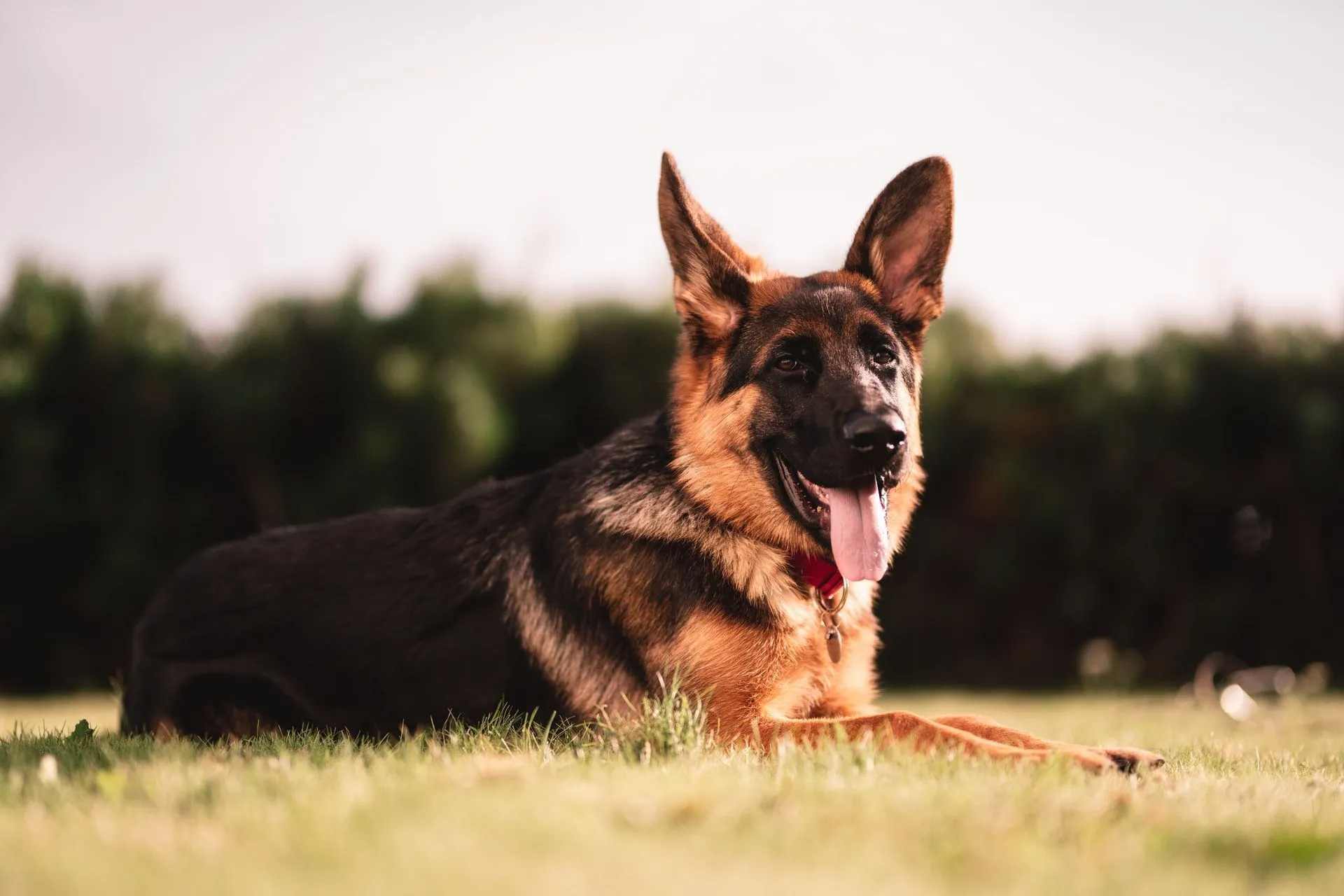 Giving your German puppy a cute and yet ruff-and-tuff name is not easy.

German dogs are known to be very loyal and quite strong and healthy. Many dog lovers often want to stick close to their dog's German roots when choosing the perfect dog name.

We have assembled quite a list of all kinds of German names for your dog. Read on to find the name that will suit your little pup's personality the best. Will it be something strong and ferocious or will it be something more on the adorable side? We have got all kinds of dog names covered, from the popular ones to the unique and coolest ones.

For more pet naming inspiration, take a look at these cartoon dog names or these Irish dog names.

Popular German dog names never go out of fashion. Here is a list of names that you can give to your female German dog.

1.Ada, meaning "Noble". This is also the name of Ada Lovelace, a female mathematician, instrumental to the development of the modern computer and the name of actress Ada Noble. Ada Noble was in the 1992 film 'Resistance'.

10.Bernadetta, meaning "Brave as a Bear". The name is associated with Bernadette, a character in the sitcom, 'Big Bang Theory'.

11.Brunhilde, meaning "Dark and Noble" This name could be perfect for a dark haired German pup.

14.Freida, meaning "Peace". The name is similar to the Mexican painter, Frida Kahlo.

17.Heidi, meaning "Nobility" or "Of Noble Birth". The name can also be associated with the famous German-American model and host, Heidi Klum.

20.Leona (Latin Origin) meaning "Lioness". Leona is one of the best names for a bold and confident German Shepherd.

36.Ursula (Latin Origin) meaning "She-Bear" or "Little Bear". She was the main antagonist in the Disney movie, 'The Little Mermaid'.

38.Winola, meaning "Gracious Friend". It is similar to the name, Winona is also a famous dog character from the fictional American-Canadian animated TV series, 'My Little Pony'.

There are many meaningful male German dog names which are suitable for your German dog.

41.Adler, meaning "Eagle". Adler Eagle makes for one of the best names for German Shepherds.

44.Alvin (Old English Origin) meaning "Old Friend" or "Noble Friend". This name can be associated with the cartoon and movie series, 'Alvin and the Chipmunks'.

50.Bruno, meaning "The Brown One". Bruno was also the name of the dog of Disney character Cinderella.

62.Heinrich, meaning "Home of the King"

63.Hugo, meaning "Bright mind and Spirit" The name can also be linked with the fictional character Hugo Cabret from the Oscar-winning movie of the same name.

68.Max (Latin Origin) meaning "The Greatest". Max is one of the most popular German Shepherd Names.

79.Walter (English Origin) meaning "Ruler of the Army" or "Warrior of the People". This is the name of the protagonist, Walter White, from the series, 'Breaking Bad'.

Want something cool and unique for a dog name? Here is a list of unique and interesting German dog names, some of which are also based on various different German cities and famous personalities.

81.Benz, meaning "Brave as a Bear". The name is related to the vehicle brand, Mercedes Benz.

82.Beethoven, The name is linked with Ludwig Van Beethoven who was a legendary German composer and pianist. Beethoven is also the name of the famous fictional dog in the animated TV series of the same name.

84.Dusseldorf, meaning "The Village of the Dussel"

85.Frankfurt, The name is derived from the German city, Frankfurt

89.Koeln, meaning "Cologne". This is also the name of a German city.

90.Rowland, meaning "Renowned in the Land"

96.Wolfgang, meaning "Path of the Wolf." This name is associated with the famous German Composer, Wolfgang

Give your lovely female puppy a special and unique dog name. Here are some good ideas for your female German female dog.

99.Dietrich, meaning "Ruler of the People" Marlene Dietrich was a famous German-American actress and singer.

103.Hansel, meaning "God is Gracious". The name can be related to the fairy tale, Hansel and Gretel.

107.Maud meaning "Battle Mighty" This feminine name can be a perfect badass name for your female German Shepherd.

109.Nordica, meaning "From the North"

112.Vienna (Latin Origin) meaning "From Wine Country" This name is based on the city of Vienna in Austria which borders Germany.

Many parents search for some unique and interesting gender-neutral dog names for their German pups. Here we have some of the coolest dog names inspired by a variety of sources.

117.Kolsch, meaning "From the City of Cologne" This is also the name of the famous German style of beer from the city of Cologne, Germany.

120.Porsche, meaning "Offering". It is a famous sports car brand.