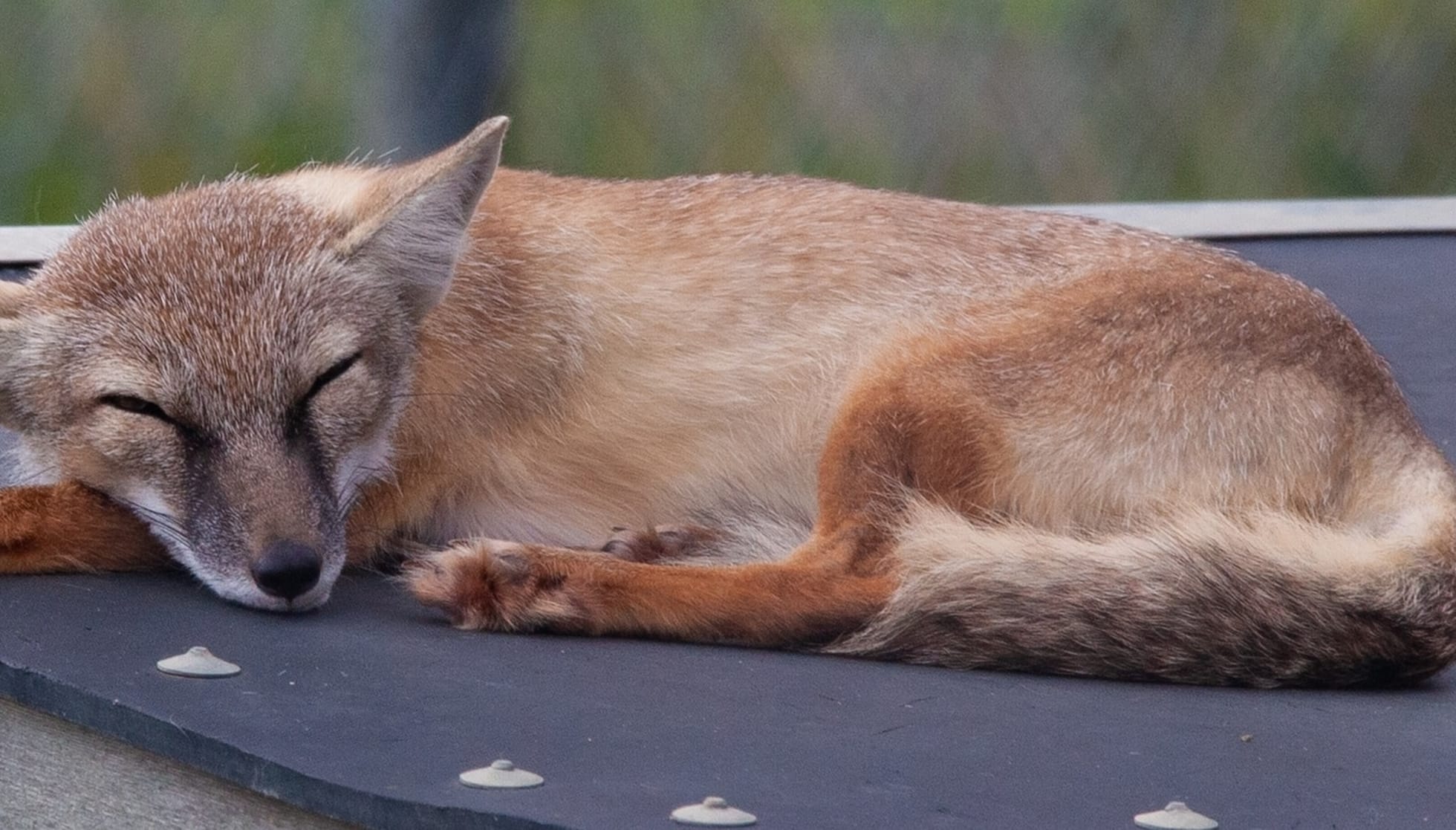 A Corsac Fox (Vulpes corsac) is a species of migratory foxes from the Vulpes genus. These medium-sized foxes are famous for their silky, grey, and yellowish-colored fur on their body. Their name is derived from the Turkish word 'Karsak'. Corsac foxes live in the steppes, desert, and xeric shrublands of Central Asia, and Northeast Asia, including countries such as China, Iran, Afghanistan, and more. They migrate towards the South, in winter, and can cover great distances if needed. They are carnivorous animals and eat various types of insects and rodents. These nocturnal hunters are often seen hunting in packs, though they can survive alone as well. They can't hunt well in deep snow and eat plant-based materials in rare situations. They can obtain the required moisture from their food itself and can live with very little supply of water. This is an adaptive ability of Corsac Foxes.

Corsac Foxes are excellent pets, and pretty easy to maintain. They are very popular in U.S households and especially in the United Kingdom. Though they don't come cheap and can cost up to $1000 U.S.D.

To learn more, we have collected a set of interesting information about this fascinating creature for you to read. You can also learn about more animals by reading up more articles on the swift fox facts and fennec fox facts.

What type of animal is a Corsac Fox?

A Corsac Fox (Vulpes corsac) is a medium-sized fox species from the Vulpes genus. They are also known as Steppe Fox, as they are native to the steppes of Central Asia.

What class of animal does a Corsac Fox belong to?

The Corsac Fox belongs to the Mammalia class of the Animalia kingdom.

How many Corsac Foxes are there in the world?

The exact strength of the Corsac Fox population is yet unknown. According to the International Union For Conservation of Nature (IUCN) Red List, their population trend fluctuates a lot. A large portion of their population dies every year due to harsh climates, and excessive hunting by humans.

Where does a Corsac Fox live?

Corsac Foxes are found in Central Asia, and North-East Asia, including countries such as China, Iran, Afghanistan, Mongolia, Tibet, Northern Manchuria, Tajikistan, and Uzbekistan. They are spotted in Russia as well. They are migratory mammals and known as excellent climbers as well. They can travel as far as 372.8 m (600 km) towards the south during winter.

What is a Corsac Fox's habitat?

They are also called the Steppe Fox, as they dwell on the steppes of Central Asia. They are found in the desert, and xeric shrublands as well. In general, Corsac foxes tend to avoid farmlands or any other places where humans in large numbers are detected. Thereby, spotting them can be very tricky, and depends on your luck! In winter, they travel towards the south, in search of better weather conditions.

They live in dens that are nearly 3.3 ft (1 m) deep. They also utilize burrows dug by other animals, and share adjacent burrows among pack members.

Who do Corsac Foxes live with?

Corsac Foxes are mostly gregarious. They take shelter in adjacent burrows or dens and live with their pack members. Corsac Foxes are comparatively more social than other foxes.

How long does a Corsac Fox live?

Corsac Foxes are monogamous animals. They gain their sexual maturity at the age of 9-10 months, however, they wait for two or more years to breed. Their mating season takes place between the month of March and May. Youngs are born in burrows shared by other pregnant females, after a gestation period of 49-60 days. The number of babies ranges between two and a maximum of 11.

Due to their history of fluctuating population trends, many mistake them as Endangered species. However, Corsac Fox (Vulpes corsac) is listed as a Least Concern species in the International Union For Conservation of Nature (IUCN) Red List.

Corsac Foxes are one of the most adorable of their genus. They are gorgeously covered with grey and yellowish-colored silky fur. They have paler fur on their chin, throat, and underparts. Their warm and silky coat, which gets even thicker in winter, is used in the making of expensive winter wears such as beaver coats and more. This is the reason behind excessive hunting by humans.

Perhaps it's fair to claim that Corsac Foxes are one of the cutest species of foxes, along with Arctic foxes and Fennec Foxes. These medium-sized foxes appear extremely adorable and gorgeous due to their silky coat, with a cute, long bushy tail.

Corsac Foxes are way more social than other foxes. However, they can be aggressive with other males while selecting their mating partner. To express anger or while hunting, they perform a barking call, and high-pitched yelps while alerting their pack members. They are also known for emitting pungent odors from their scent glands.

How big is a Corsac Fox?

How fast can a Corsac Fox run?

They are known as excellent climbers, but slow runners. Due to a lack of data and research, the exact speed at which they run is yet unknown.

How much does a Corsac Fox weigh?

There are various names given to the male and female foxes. Such as 'Reynard', 'Dog', and 'Tod' for the males, and females are called 'Vixens'.

What would you call a baby Corsac Fox?

A baby Corsac Fox is called a 'pup' or a 'Kit'. These cute little animals are weighed 2.1 oz (60 g) when they are born, covered in light brown fluffy fur.

They are nocturnal hunters and prey on various insects and rodents such as hamsters, ground squirrels, voles, and gerbils. Occasionally they prey on pikas and hares as well. They can't hunt well in deep snow. They can also survive for a period on a plant-based diet.

They are capable of emitting pungent odors from their scent glands, however, there isn't enough data regarding them being poisonous.

They can turn out to be excellent pets due to their gentle behavior and are easy to train. Compared to  wild ones, pet Corsac Foxes are more active during the day. However, their foul smell can be the only obstacle in the way of bringing them home.

Corsac Foxes are ancient animals. Their fossils have been found, which date back to the mid-Pleistocene era.

Population of the Corsac Fox

A great number of these foxes die every year and restores the population strength in ideal conditions. Thereby, the exact strength of their population is yet unknown.

How much does a fox pup cost?

Corsac Foxes are more common as a pet in the United Kingdom than in the United States. In the U.S, a fox pup can cost around 300-1000 U.S.D, depending on their fur quality.

Here at Kidadl, we have carefully created lots of interesting family-friendly animal facts for everyone to discover! For more relatable content, check out these fox facts and cape fox facts.

You can even occupy yourself at home by drawing one on our corsac fox coloring pages.